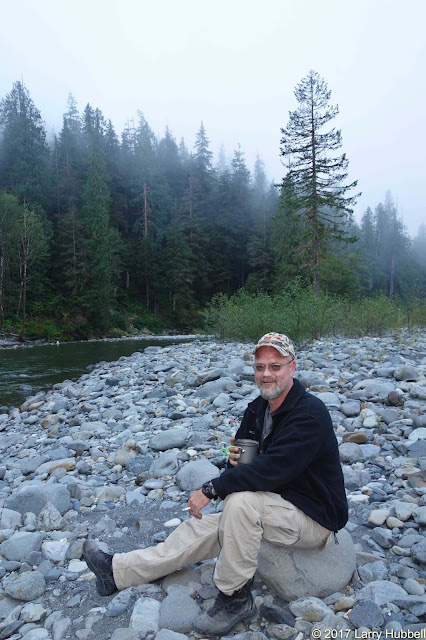 Three years ago Brad, my son Nathan, and I hiked into Wolf Bar and spent a night beside the North Fork of the Quinault River in the Olympics. At the time, we were hoping my brother's health would recover enough to someday continue a week-long trek up the Quinault River over Low Divide and out along the Elwha River. Unfortunately, Brad passed away this Spring before we got the chance.

Brad loved nature, family and photography. Those who knew Brad might think the previous sentence leaves out his love for animals and most specifically, his dogs. However, I am pretty sure Brad would have included his canine companions in the family category. You can see some of Brad's nature photos on Facebook. 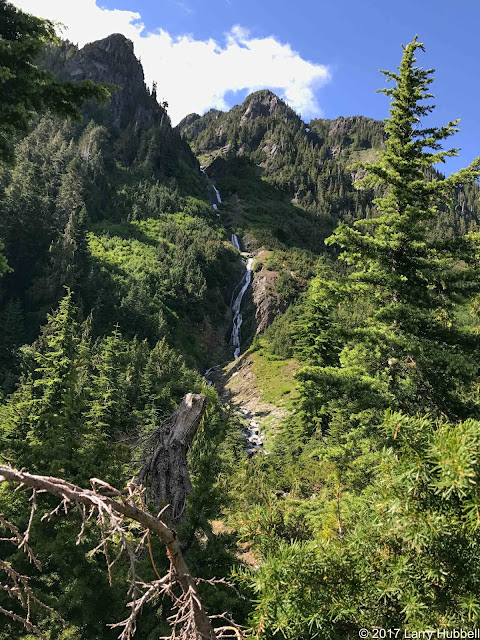 Last week, accompanied by my friend Rob Thomas, we completed the Olympic hike my brother and I dreamed about. The air was crystal clear and the weather was perfect. Toward the end of the second full day of hiking we reached Low Divide. The elevation at the pass is around 3,600 feet - about 300 feet higher than Snoqualmie Pass. The surrounding peaks are above 6,000 feet. The cascading snowmelt creates this long, leaping waterfall - with a temperature only slightly above freezing. 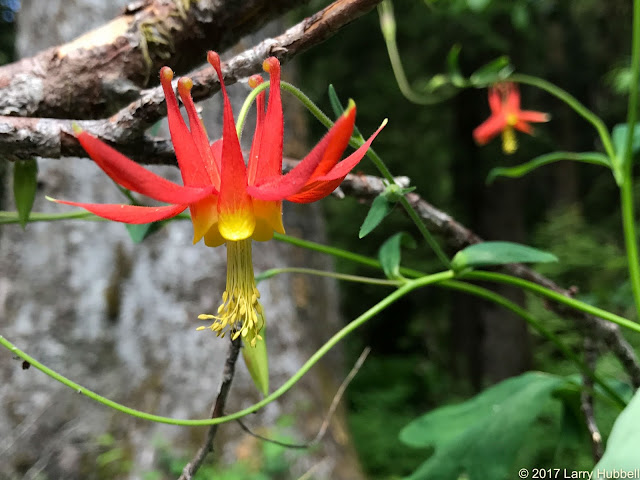 The meadow at the pass was full of native flowers, like this red columbine. 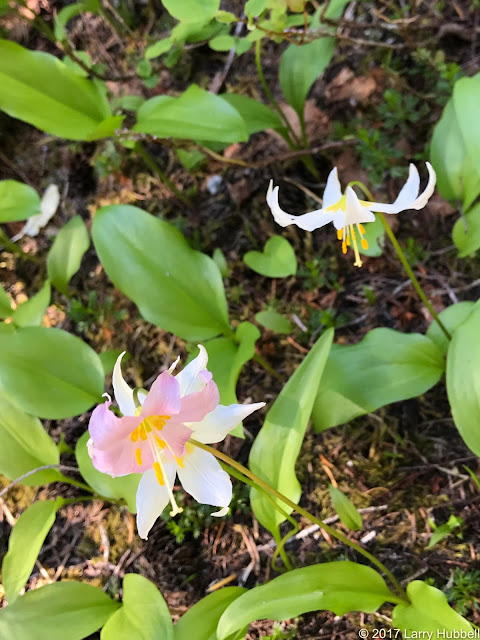 The flowers of the glacier lilies were generally white with occasional pink blossoms. 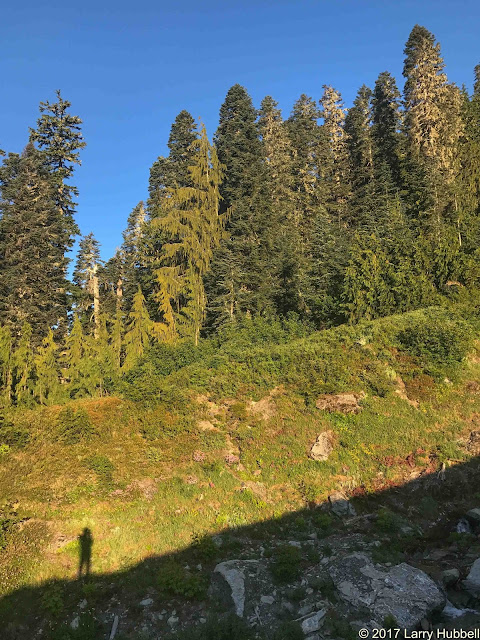 The next morning I wandered the meadow at sunrise. 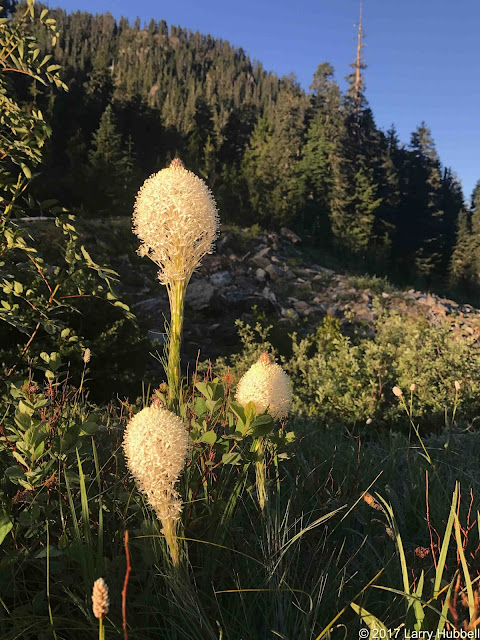 The white blossoms of the bear grass turned golden in the early morning light. 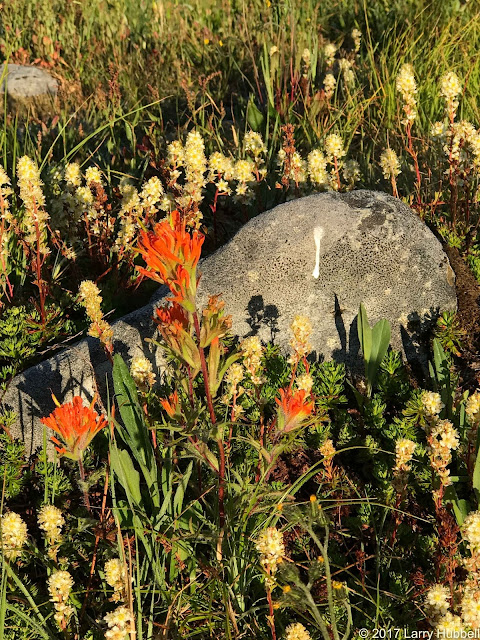 The indian paintbrush waited patiently for a native artist. 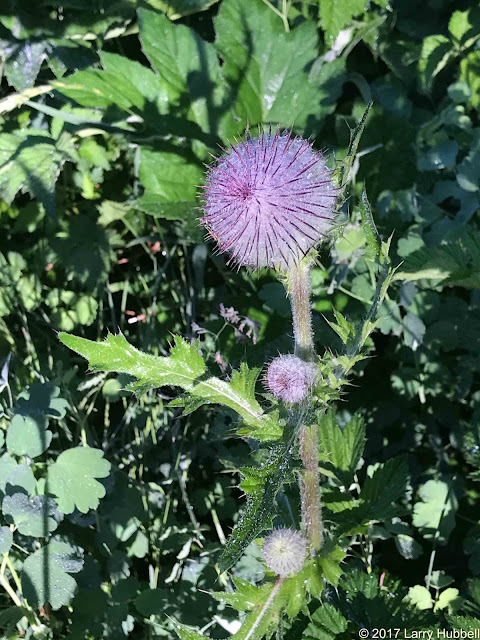 A thistle waited for warmth to inspire it to bloom. 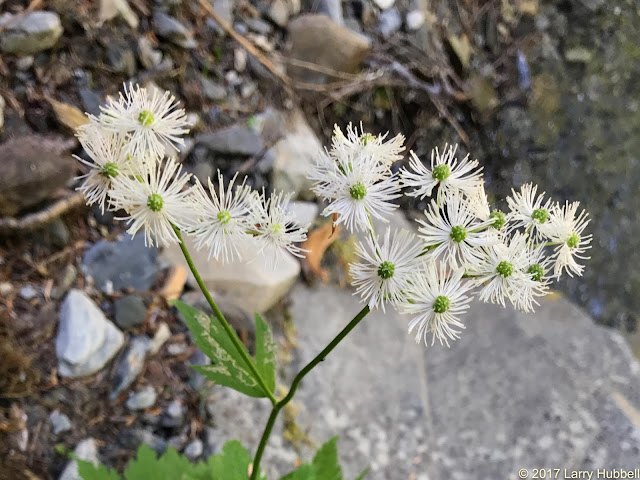 This unknown flower, maybe a clematis, seemed to shiver in the shade hoping for early morning sunshine. Actually, I may have been the one doing the shivering. 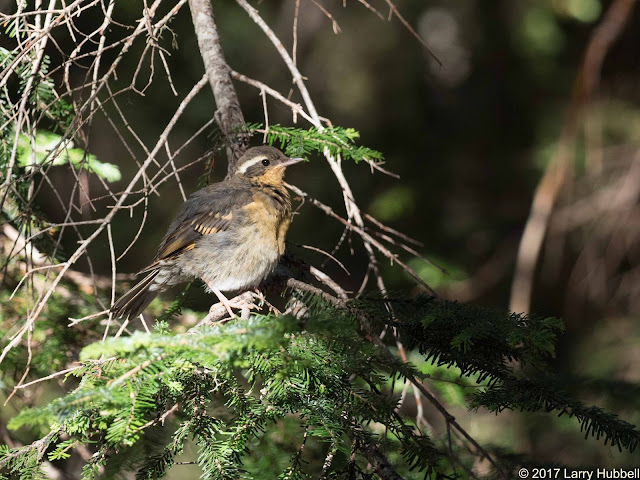 Near camp, a young varied thrush waited for its parent to bring it food. 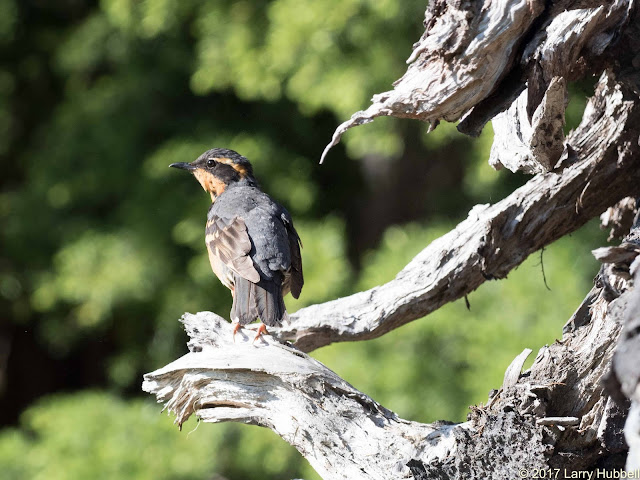 The adults were a bit more shy. 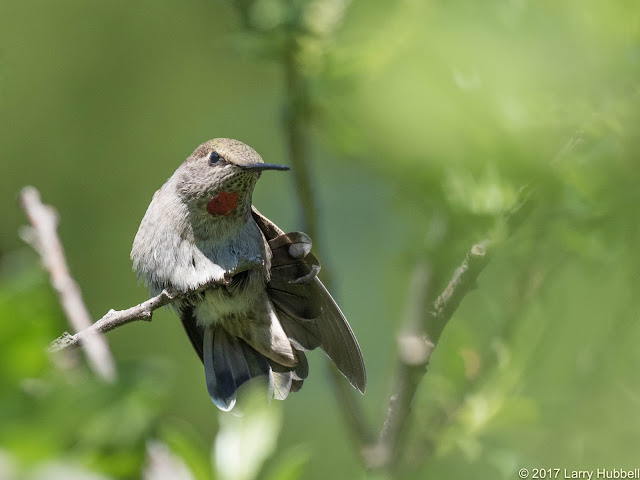 Nearby a hummingbird stretched in the morning sun. 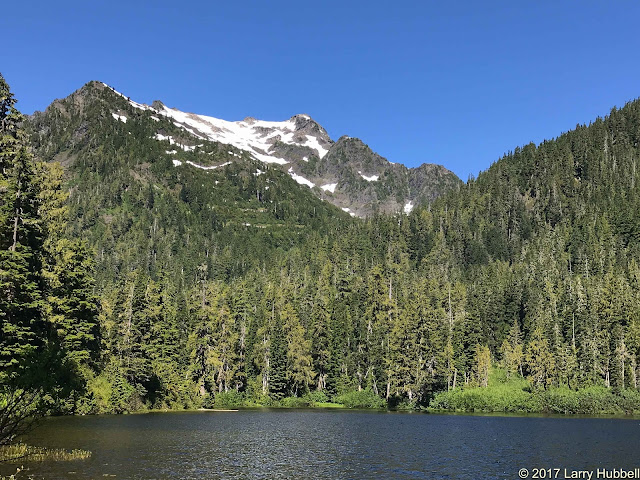 As we left Low Divide, Rob and I passed the pristine waters of Lake Margaret. I suspect this was about the time we walked out of the Quinault watershed and into the north flowing watershed of the Elwha river. With three nights of camping both behind and in front of us, this mid-point in the hike is one of the more remote places in the Olympic National Park. It is interesting that the Olympic Mountains are one of the few 'radial' mountain ranges. The rivers running off of the Olympics radiate down and out in almost every possible direction. 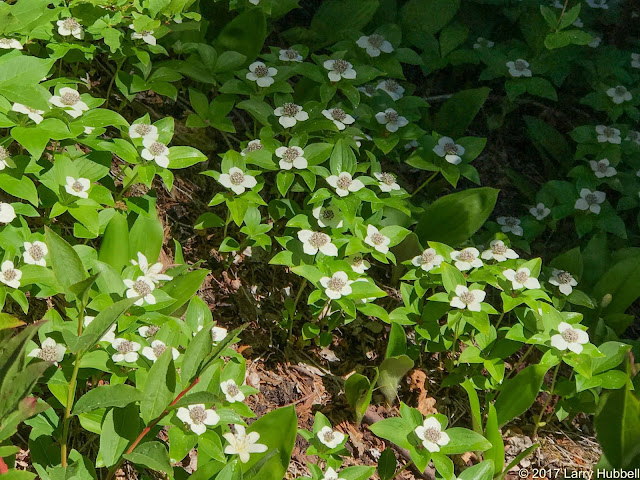 As we began our descent, the flowers kept appearing around us. The bunchberries made a mat of green with carefully spaced white blossoms. 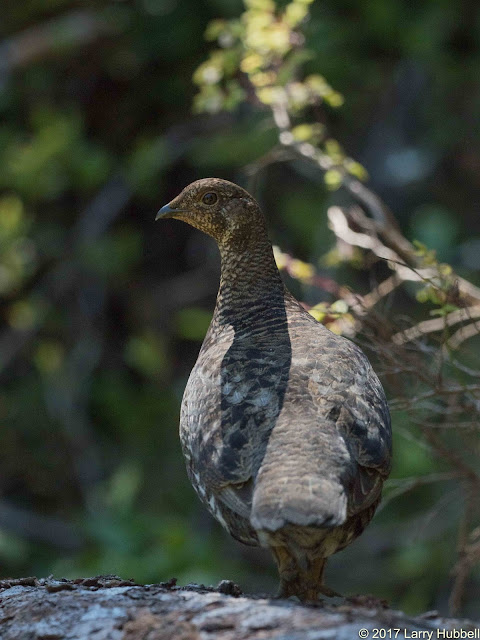 This mother grouse watched me closely as I tried to catch a unobscured look at her lone offspring. The young bird scrambled off the trail and down the mountain side faster than I could focus my camera. 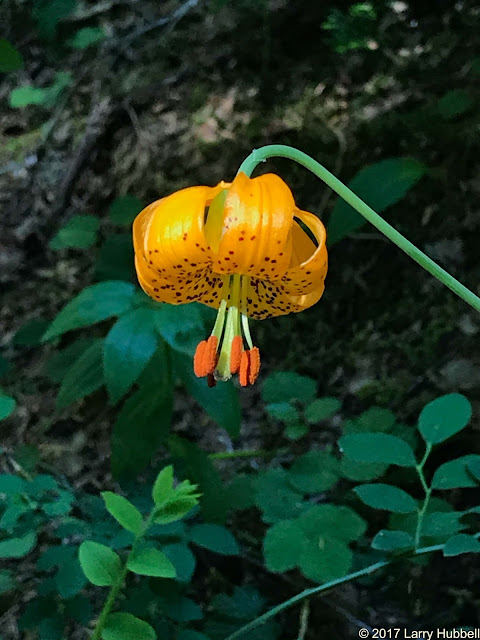 The tiger lily was less active, but still challenged me to find the optimal angle to display its beauty. 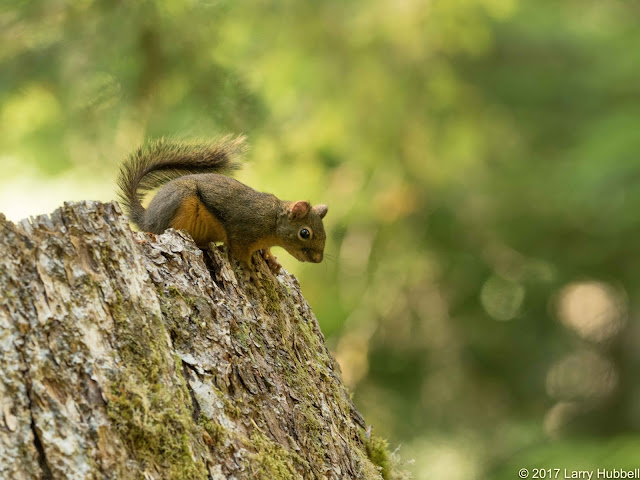 The next day when we attempted a side trip up to the Elwha Basin. This Douglas squirrel was not the least perturbed by our presence. It almost appeared to be standing guard. I wonder if it had a nest nearby. 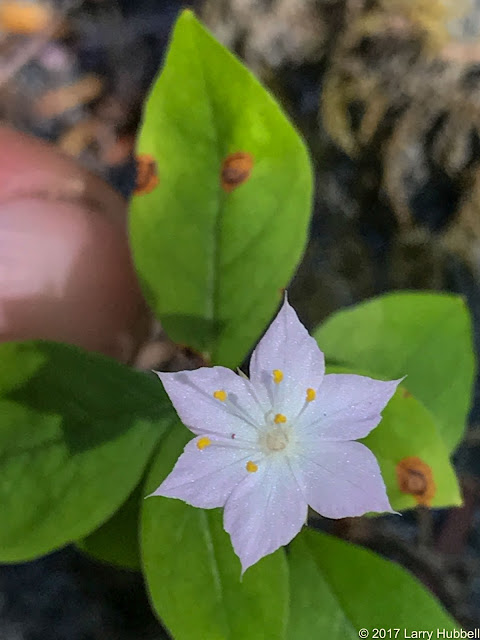 Within a couple miles of the Elwha headwaters I spotted this tiny white, thumbnail-sized flower with a slightly pink cast. Nearby, the overgrown trail completely disappeared, 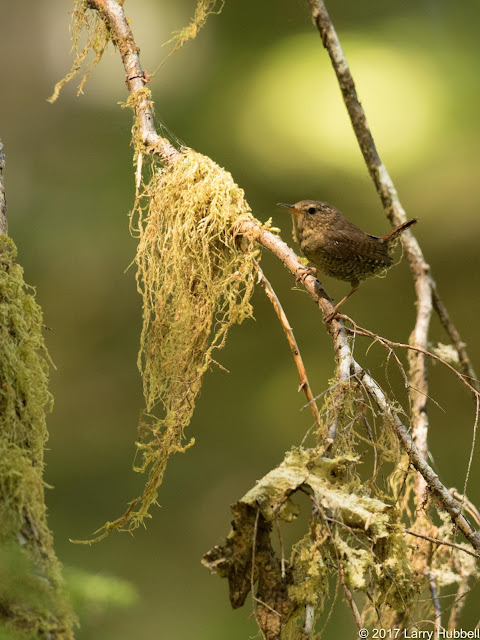 We heard the brilliant syncopated chattering songs of Pacific wrens at many points along the way. 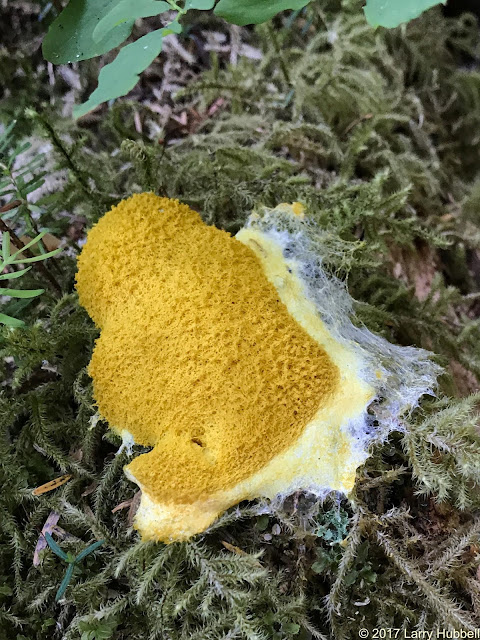 Nearby, we found this amazing yellow-orange growth. I cannot find a name for it in any of my books. 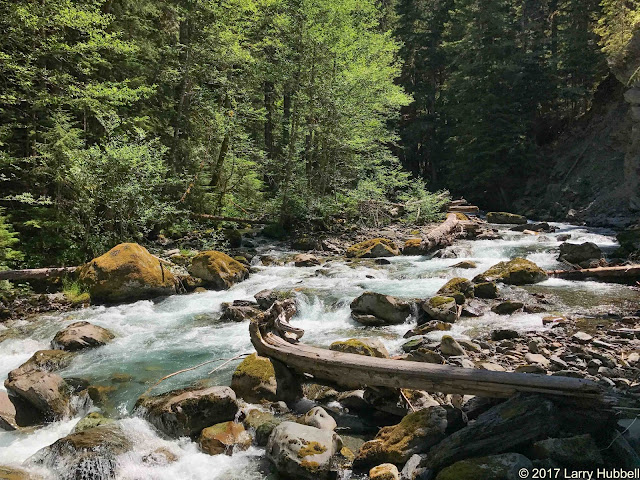 The hike required fording many streams. We found the crossings very refreshing for our hot and weary feet. 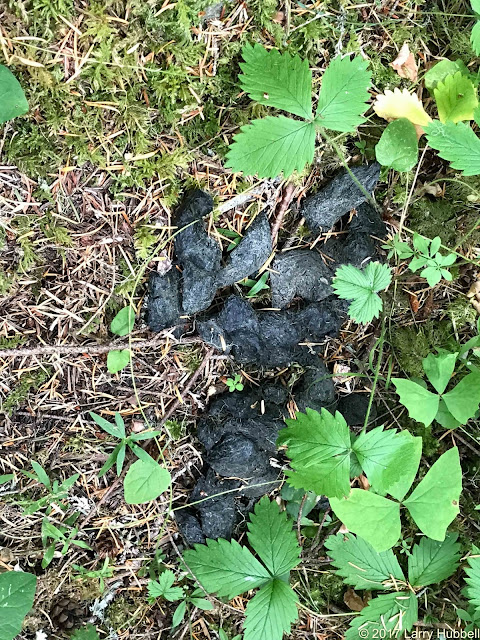 We were not the only ones walking beside the Elwha. A bear left its calling card next to the vanilla leaf and wild strawberries. 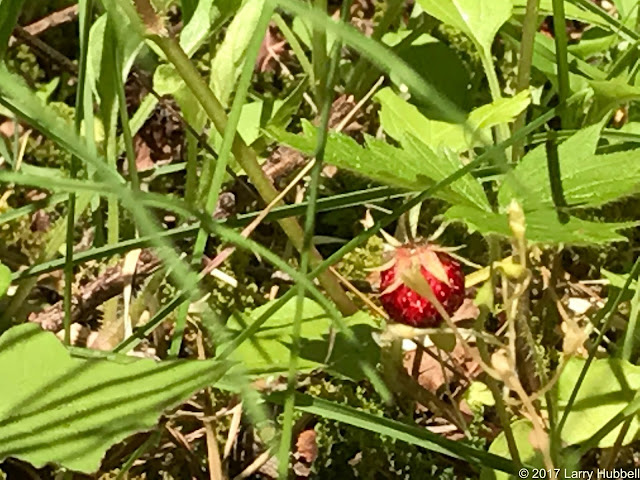 Our hiking slowed dramatically when we too stopped to taste the sweet little berries hidden below the foliage beside the trail. 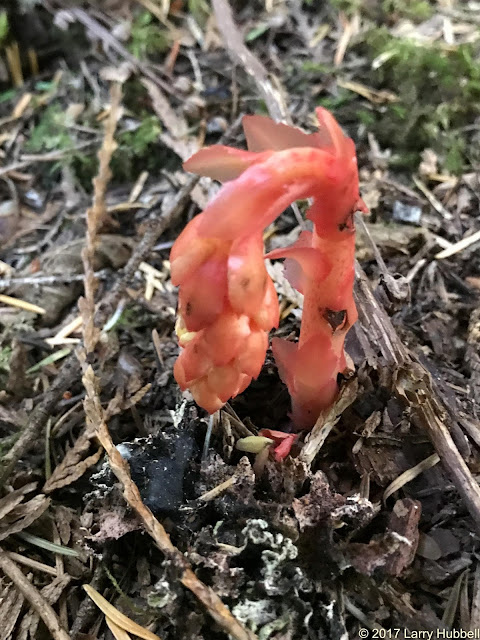 At Mary's Falls I spotted a couple of interesting growths, but no waterfall. I believe this is called Indian pipe. 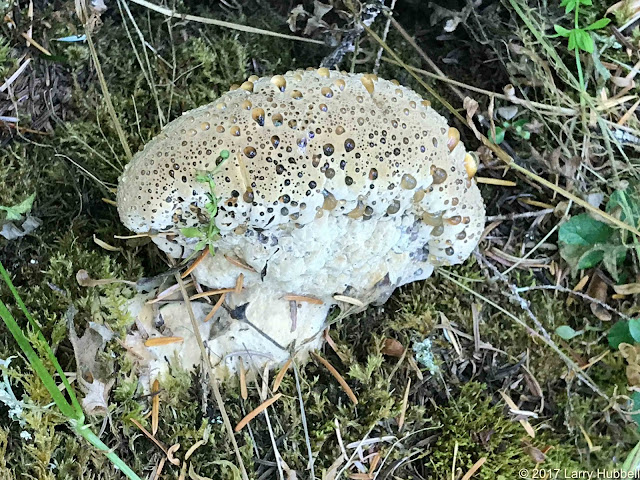 I am uncertain what type of mushroom this might be. 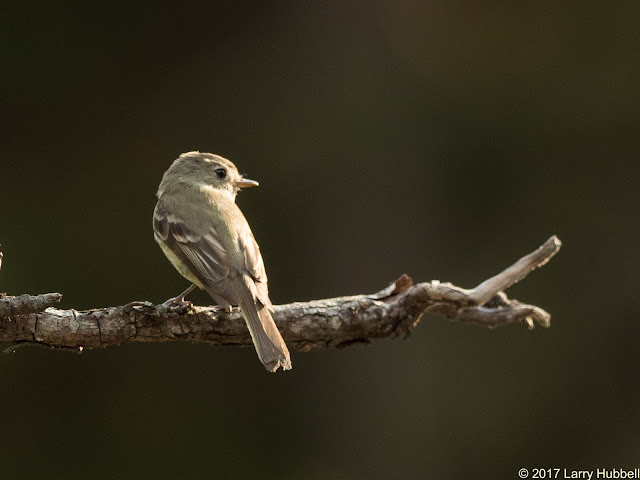 As the sun was falling in the west it highlighted this flycatcher. True to its name the flycatcher watched as the sunlight illuminated the wing membranes of passing insects. With their wings glowing a brilliant white, the unsuspecting flies were quickly consumed. The little bird returned to its perch and repeated the process with amazing speed and regularity. 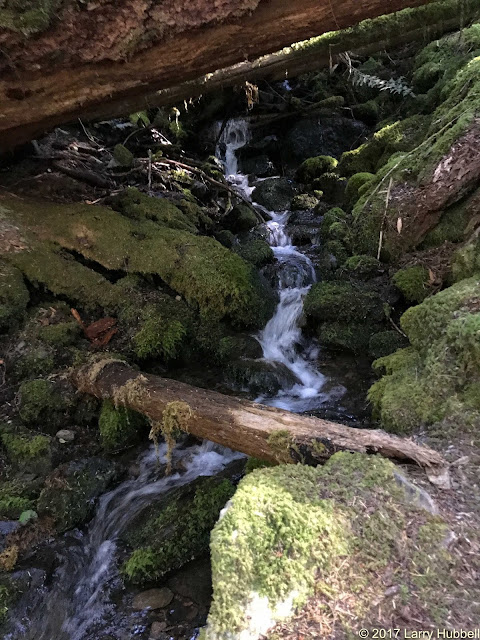 As we neared the end of our journey, we passed this small stream - named Bowman Creek. It seemed a fitting way to finish the hike which I had originally hoped to complete with my brother, Brad.