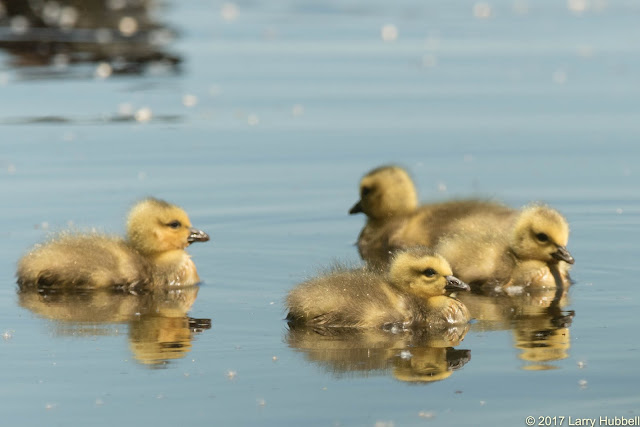 This week's post focuses on three species of waterfowl which give birth to precocial young. Immediately after hatching, these young birds open their eyes, leap to their feet, fluff up their feathers and begin looking for food. 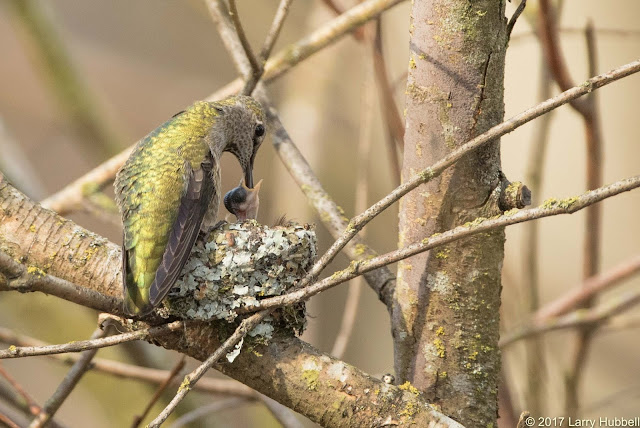 An Anna's hummingbird illustrates the opposite. Altricial young are featherless and cannot see, walk or find food. Without a parent their chances of surviving would be zero.

From one species to the next, the variance from altricial to precocial can be seen as falling on a scale with multiple increments. You can read more about the different initial abilities of avian species in this post from Stanford. 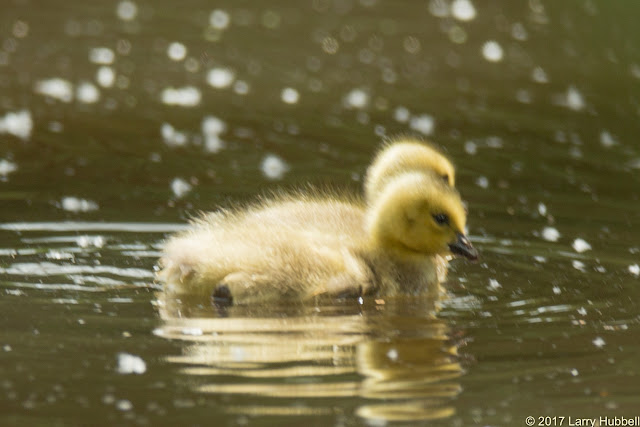 Your challenge this week is to try and determine the correct species for each of the following three types of precocial waterfowl. These two fluffy little creatures belong to our first species. 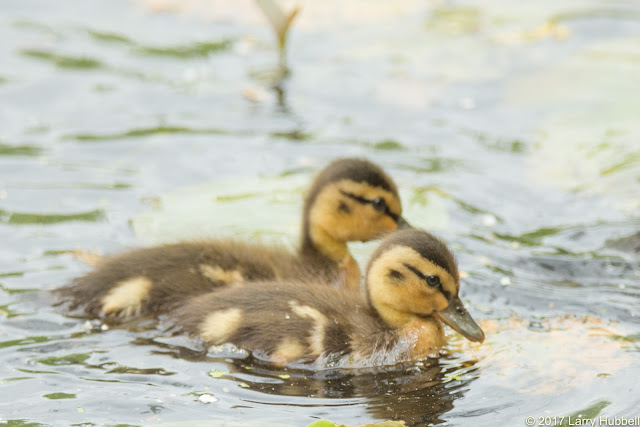 This pair of young birds represent our second species... 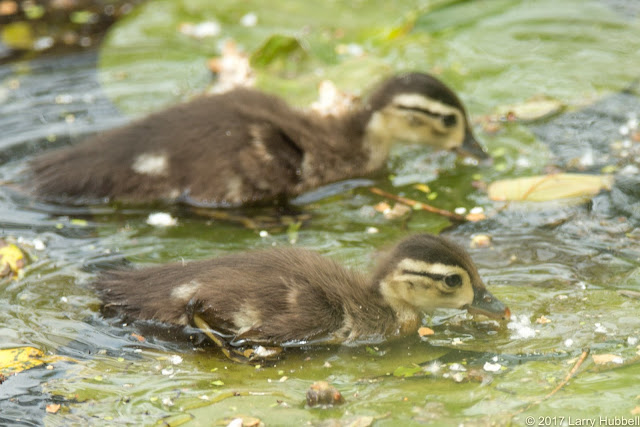 ...while these sober little souls are members of species number three. 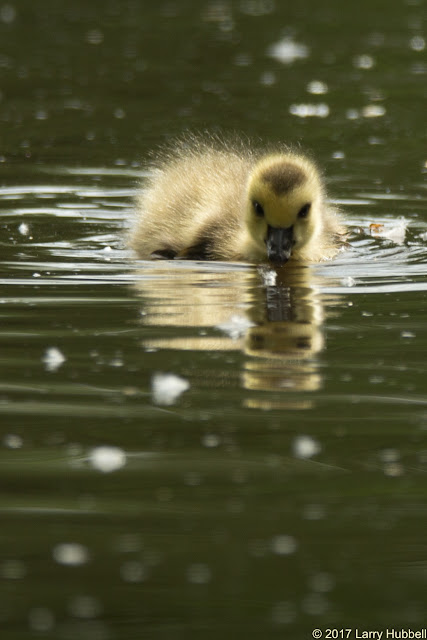 All three species were photographed near Foster Island this week. Regardless of their differences, they all appeared to be eating the same type of food - cottonwood seeds. 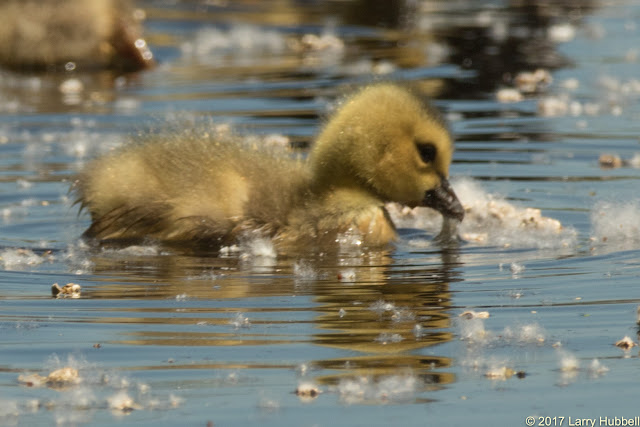 As those of you with allergies can attest, cottonwood seeds are abundant this time of year. Nature's timing is impeccable. These seeds float down from the trees at precisely the same time as our local waters fill up with hungry young birds in need of their first meal. 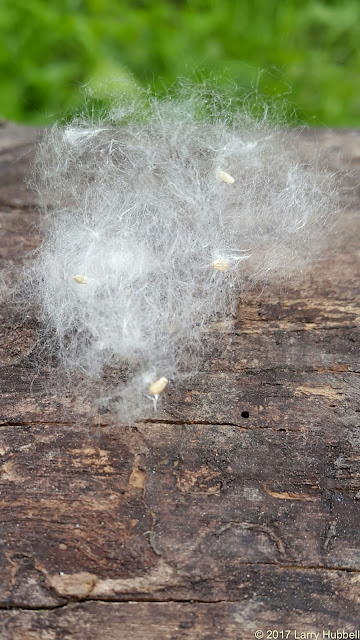 The consumption of these seeds shows that the value of cottonwood trees extends beyond providing nest sites and beaver food. 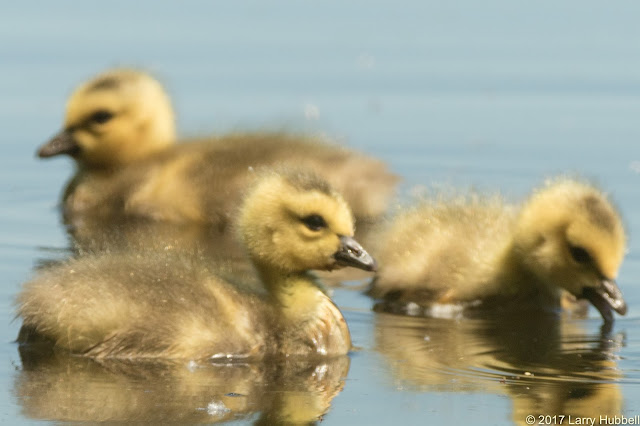 Our first species is clearly different from the other two. However, I find that there is not much resemblance between these young birds and their parents. One exception is that their tiny bills look similar to the adult's. 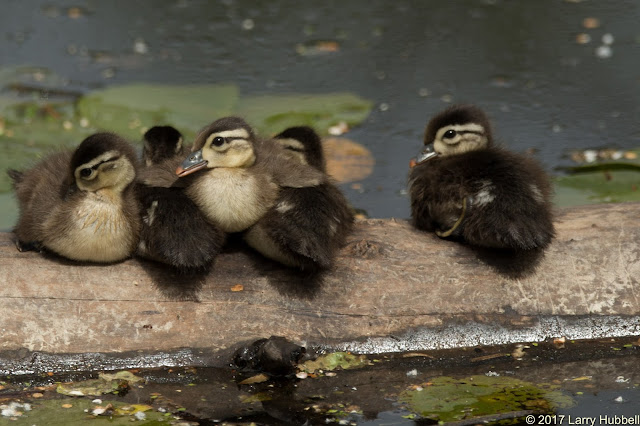 At this time of year, cottonwood seeds are so plentiful that these young birds, from our third species, filled up quickly and had time to sit in the sun. I thought the bird in the middle looked like it was trying to fly. I suspect it was really just searching for the maximum amount of warmth. 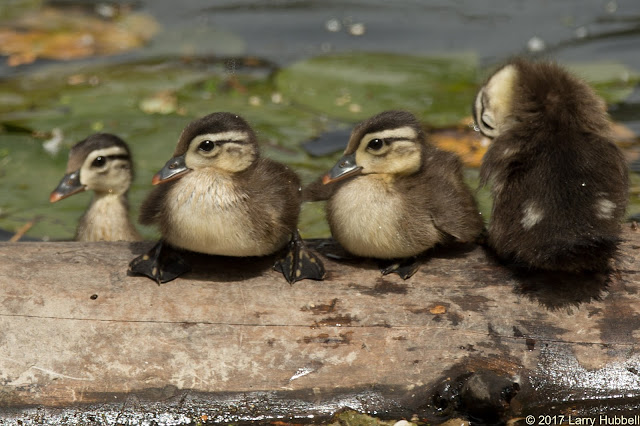 One of the young ended up in the water and had to climb back on board. 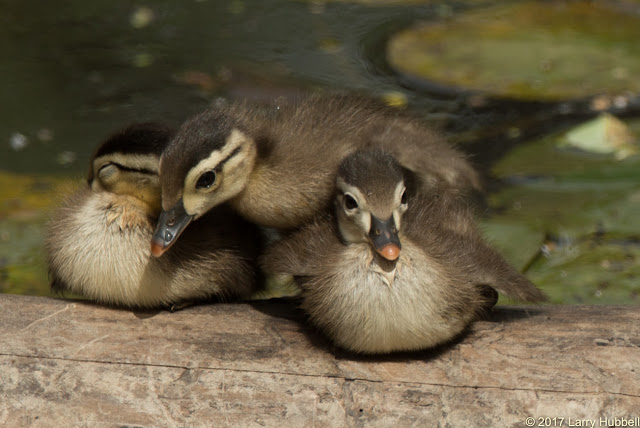 It crawled towards its mother without letting its siblings slow it down at all. 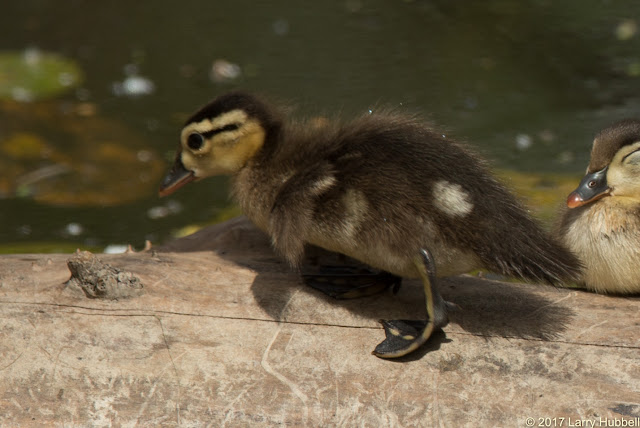 Just before reaching its attending parent, the little bird provided us with this profile view. I love how the little wing is fully extended, even the shadow is small. Not surprisingly, most of the water ran off this bird like...'water off a duck's back'. 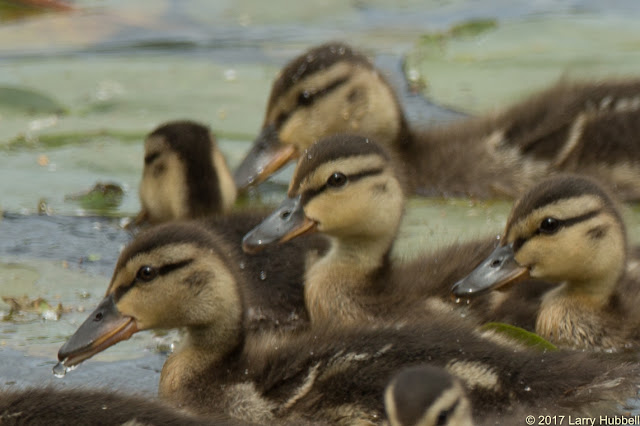 Compare these profiles, of our second species, with the prior three photos of species three. Do you see any differences? I think I have spotted three variations between these two similar looking types of young birds.

In all three species their bills are different, although they do resemble their parents. A second differences is the eyestripe, which in the second species extends from the eye to the beak. In species three it does not. Finally, in the third species their backs have less light markings.

Note: Immediately after the update below I will be displaying the young waterfowl with their parents. You should make your final species selections before scrolling down any further.

While you are considering your options for species one, two and three I would like to mention that this morning I added an update to last week's post. It turns our that reliably determining the gender of a long-eared owl is much more challenging than I originally thought. You can review my latest information by Clicking Here and then scrolling down to the bold title which says, Update - 5/27/17. 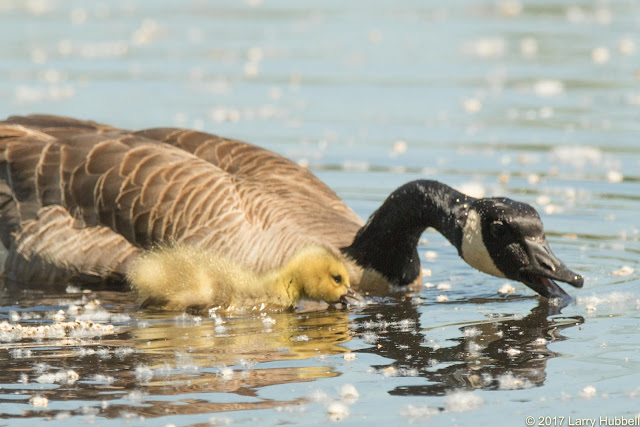 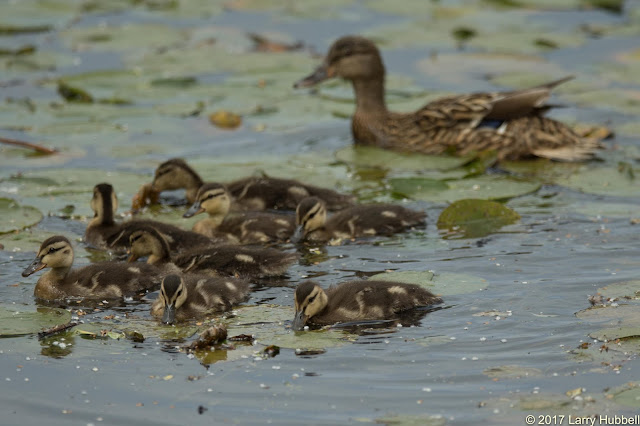 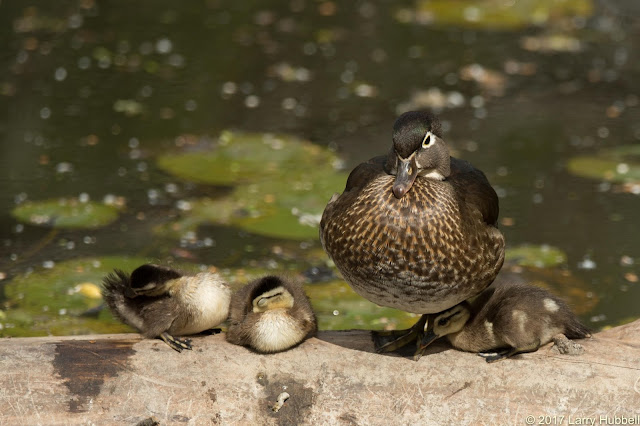 The adventurous little bird that climbed out of the water finally found a safe and dry location - under its mother.

This morning Alan G. sent in the following information, in which he makes a very logical point about potential allergies related to cottonwood seeds versus pollen. Thank you, Alan  for continuing our education!

I enjoy your blog, and especially appreciate your native/invasive plant education efforts. I want to suggest one small consideration. I doubt many people actually have allergic reactions to cottonwood fluff. the particles are too big, and they're mostly cellulose. More likely, they appear at the same time as abundant microscopic pollen of various wind-pollinated plants (and possibly fungal spores) to which people actually react (like grasses and trees). 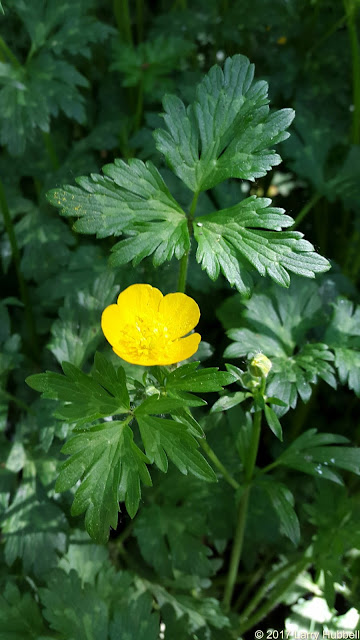 This plant is considered a weed of concern in King County. In wetland areas it out competes native vegetation, it invades lawns and in rural areas it can kill livestock if eaten in large quantities. Thank you to Kelly Brenner for teaching me about this plant.