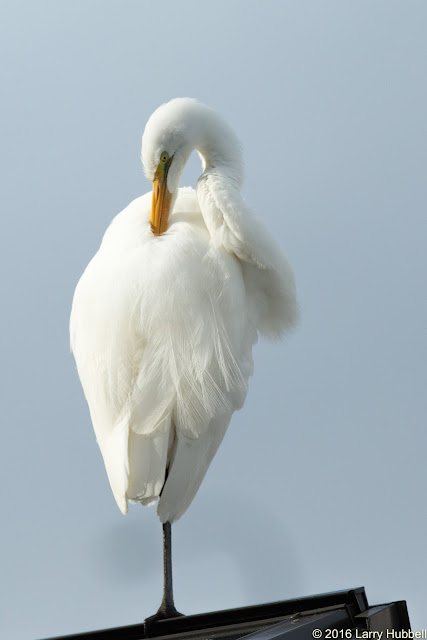 Lately, this beautiful pure-white egret has been living on houseboats in Portage Bay. Technically, the correct name for this species is a Great Egret. It stands over three feet tall, even though it weighs less than half as much as one of our local Great Blue Herons. 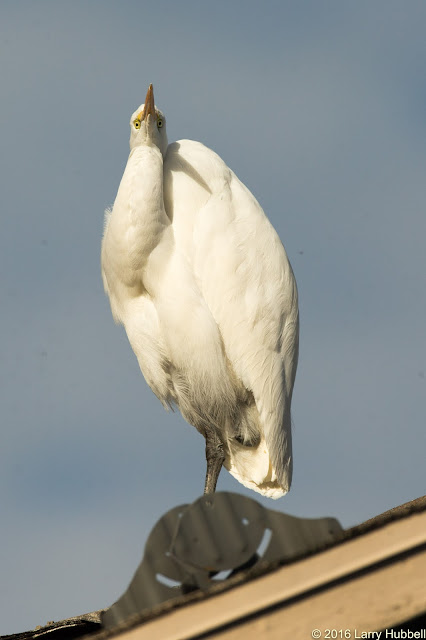 Like the heron, this bird loves fish. The placement of its eyes are obviously optimized for looking down on its prey. It certainly makes me feel nervous, and a bit sorry for the fish. 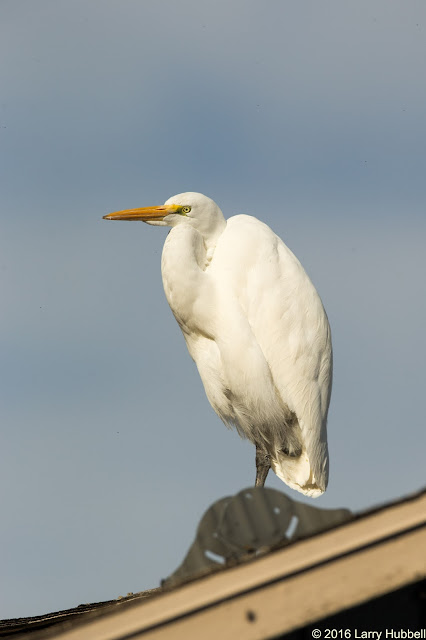 The long legs, neck and especially the spear-like beak strongly resemble the heron. 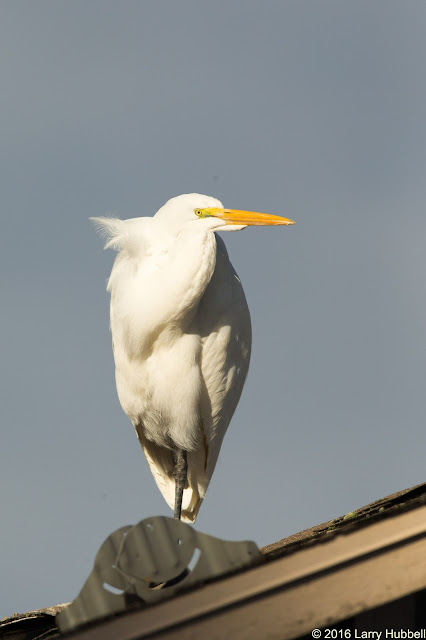 It is however the stunning white feathers that confound my thinking. Many white birds like the trumpeter and tundra swans, snow geese and even snowy owls live around snow. Like many other birds they often come south in the winter. Great egrets normally spend their whole lives even further to the south - this is the first one I have seen in Seattle. The great egrets usually winter in the southern part of the U.S., Central America and apparently almost every place east of the Andes in South America. I wonder if climate change and the exceptional warm year in 2015 may have motivated this bird to visit Seattle for the winter? I also wonder why a bird would have pure white feathers when it so seldom near snow? 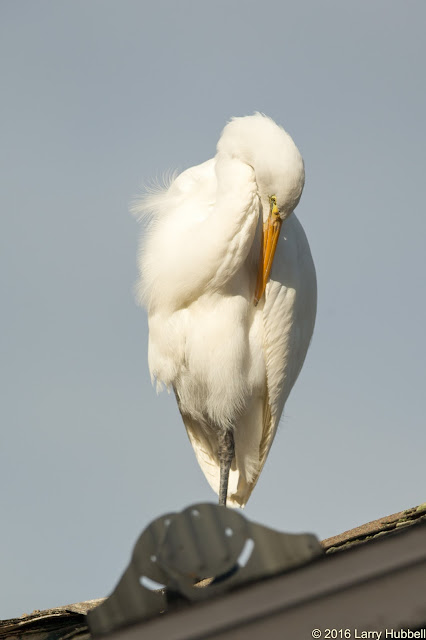 I suppose one answer might be that the white feathers reflect away some of the Southern heat. Regardless of the reason, this egret certainly devotes a great deal of its time to maintaining its pristine plumage. 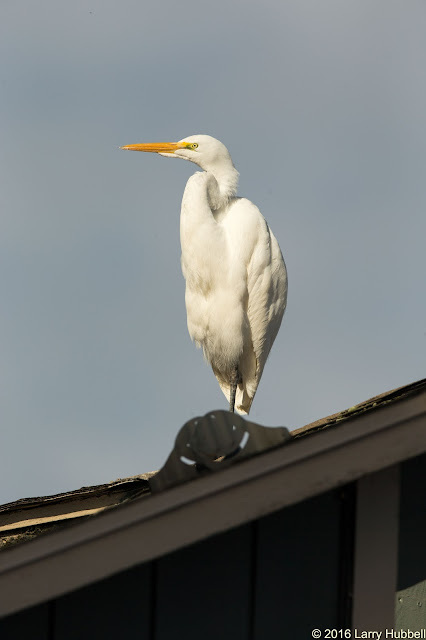 It alertly interrupts its cleaning anytime it hears a noise. 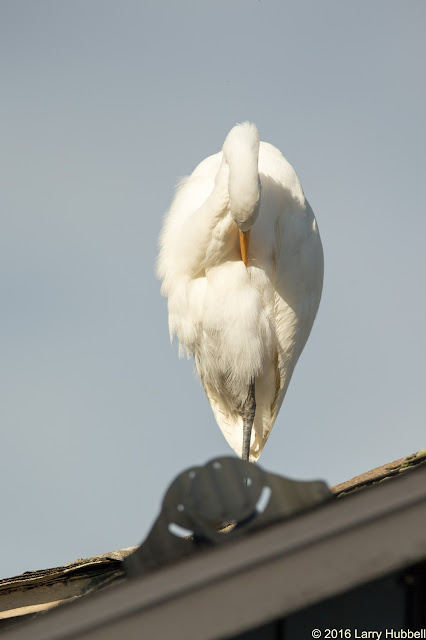 However, it is seldom distracted for long. 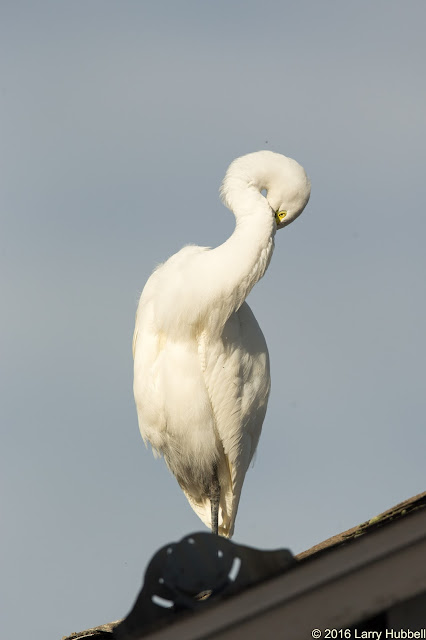 The combination of a long neck and a long beak make for some oddly distorted twists and turns. 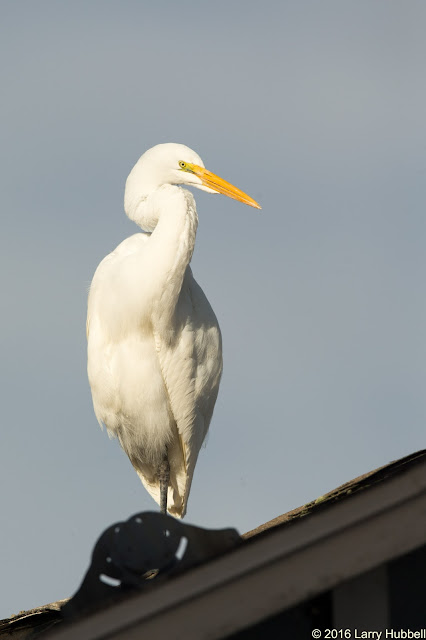 None-the-less, egrets do have a long-necked elegance, similar to a swan, except
for the beak which provides a sharp "punctuation" at the end of the neck. 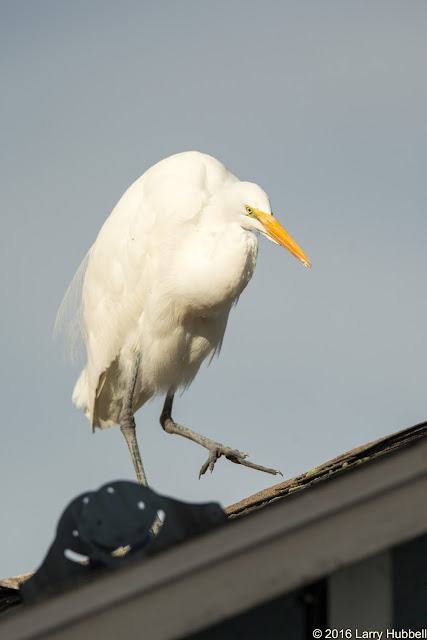 At first, I do not have a clue why the bird decides to move away from its comfortable perch in the sun. 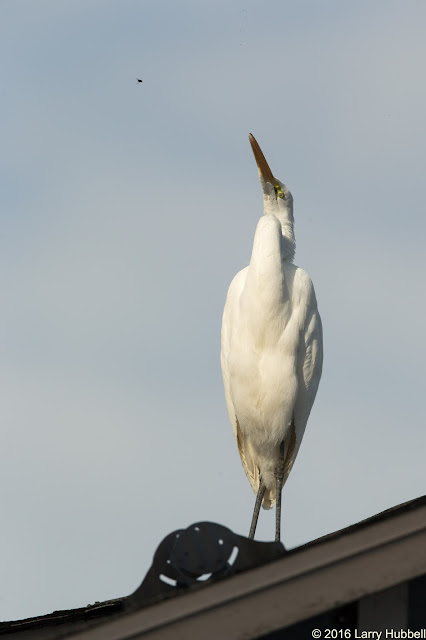 The twisting and turning of the head alerts me to a fly-in-the-ointment. It is curious to see how the egret elevates its gaze as it keeps the fly in focus. 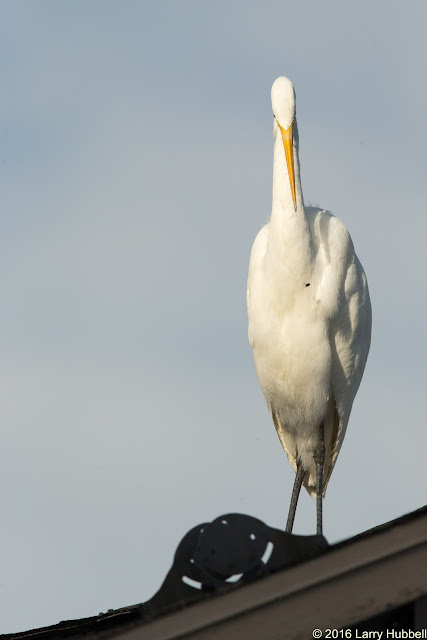 As the egret tracks the fly, the bird's thin delicate structure is revealed. 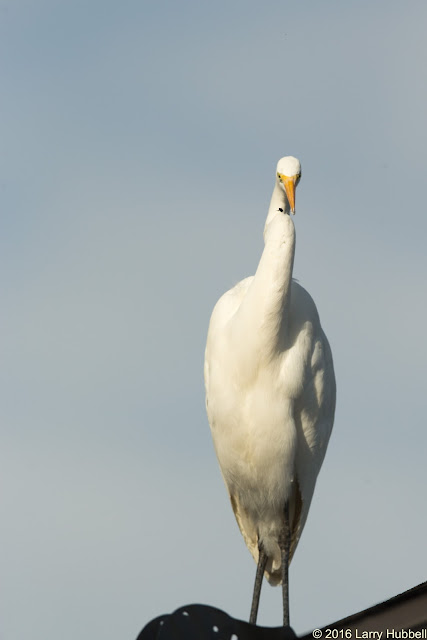 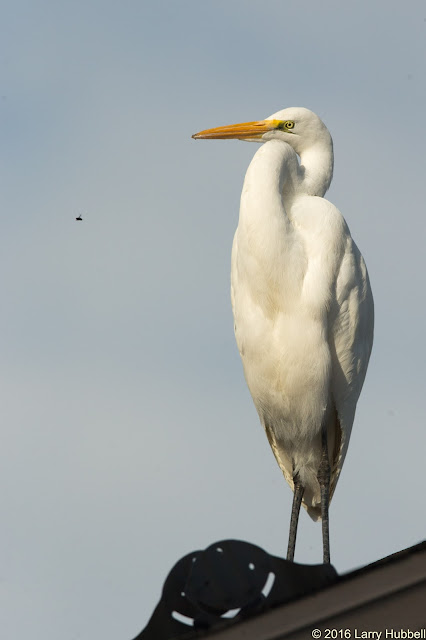 The egret debates whether the fly is worth the effort. I am not positive if the egret could actually catch a fly or not. However a couple of years ago, I did watch a great blue heron catch dragonflies - with about a fifty percent success rate. 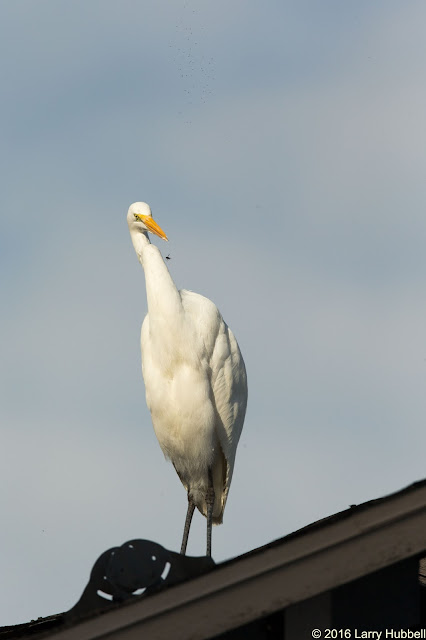 One last time the fly passes by. 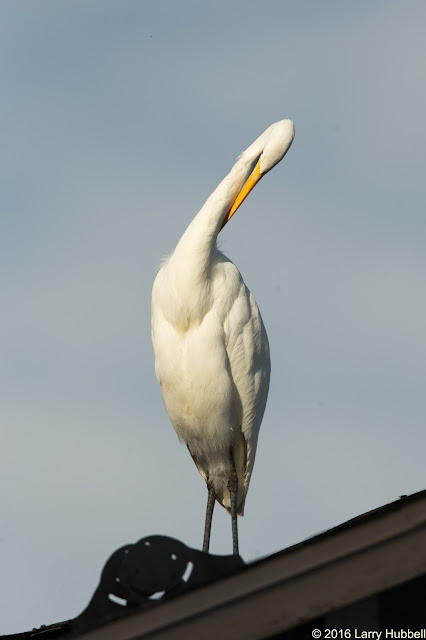 At this point the fly disappears. Evidently, it made a safe get away since I never saw the egret swallow. 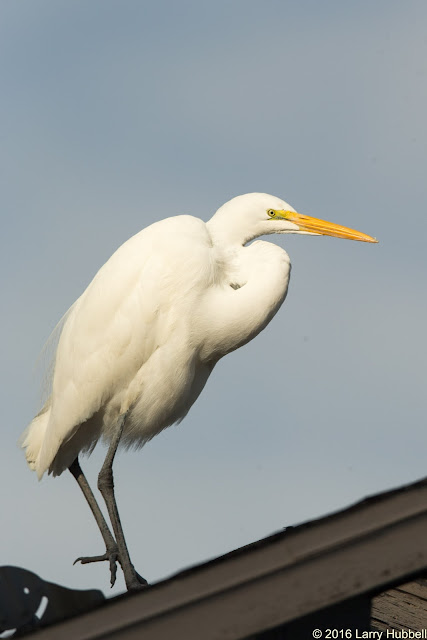 Apparently the fly reminded the egret that it had an appetite. 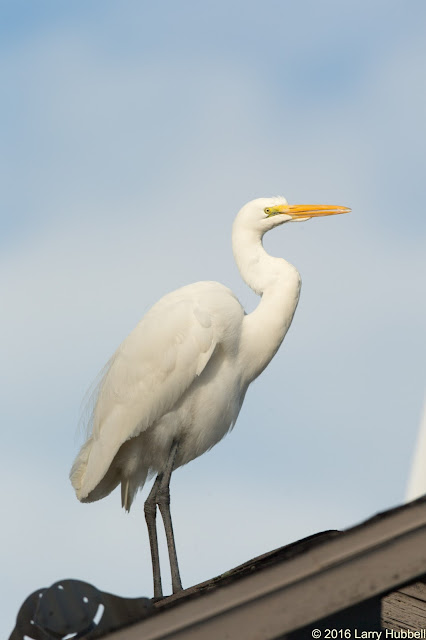 After a moment of careful consideration, the egret decided to return to a private dock... 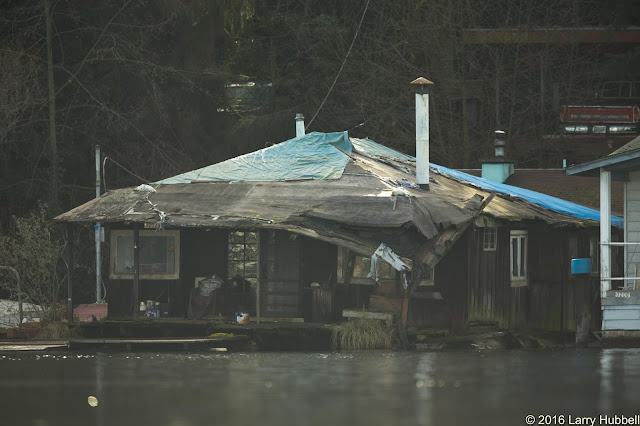 ... just behind Seattle's oldest houseboat, where a tiny strip of shoreline still exists. I suspect the reason the egret feels comfortable fishing at this location is in part because it is so seldom disturbed. 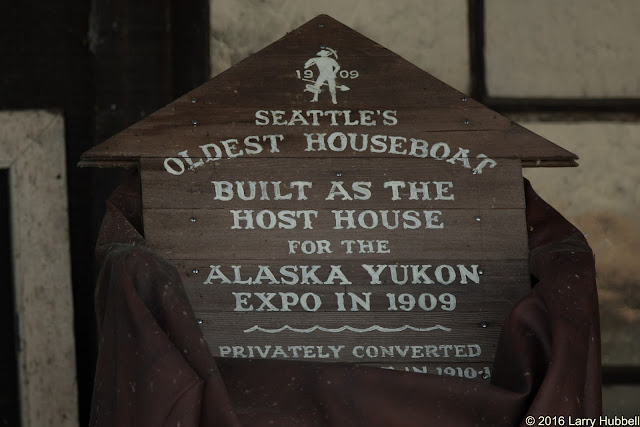 Nature, just like the egret, does not need a lot of space to continue to live in our city, but it does require some sunlight, soil and a safe place to feed, which in this case is just ~15 feet of shallow water beside the shore. 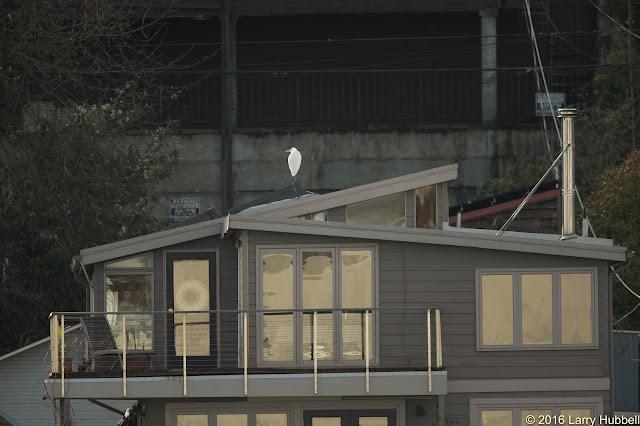 The egret is not so picky about its roosting locations, they simply need to be elevated and have a nice view. It is important to remember nature does not see our city the same way we do. 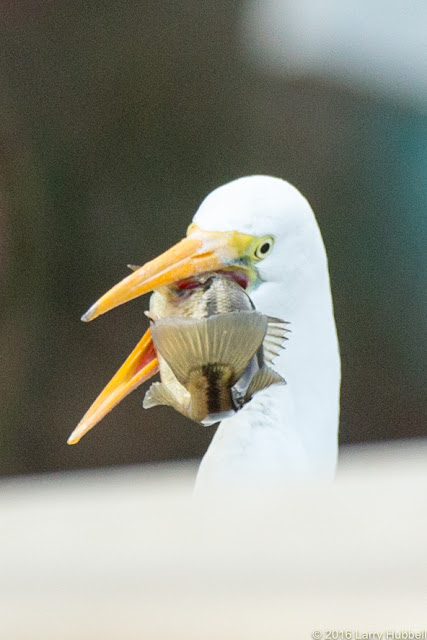 It took the egret less than 10 minutes to fly a hundred yards, search the fifteen feet of shoreline, find a fish, capture it and... 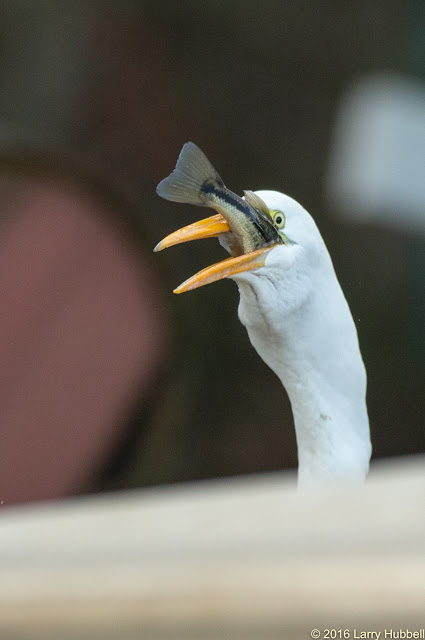 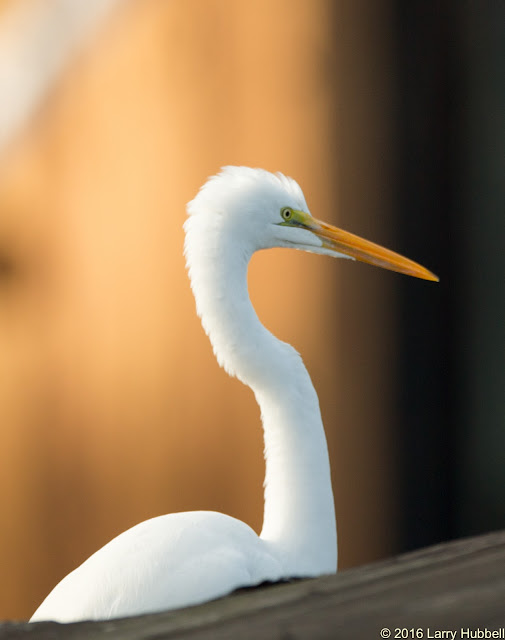 Maybe heading north to Seattle, when most of its kin headed south, was motivated by plentiful food. Even if the fishing is not the reason the bird came to Seattle, there is no doubt that the easy living is a good reason to stay.

Have a great day on Portage Bay...where an egret is living in the city! 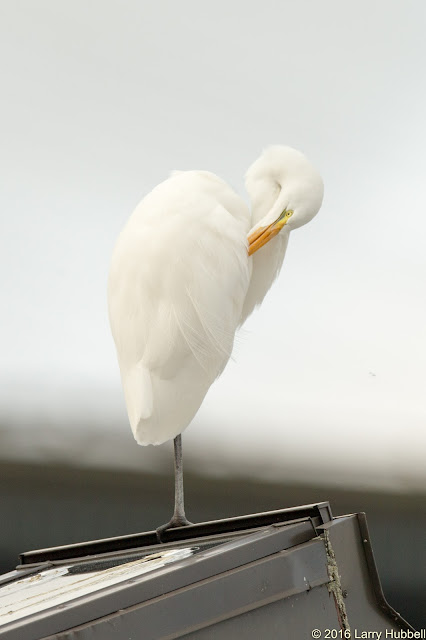 Harmony between humanity and nature may be... 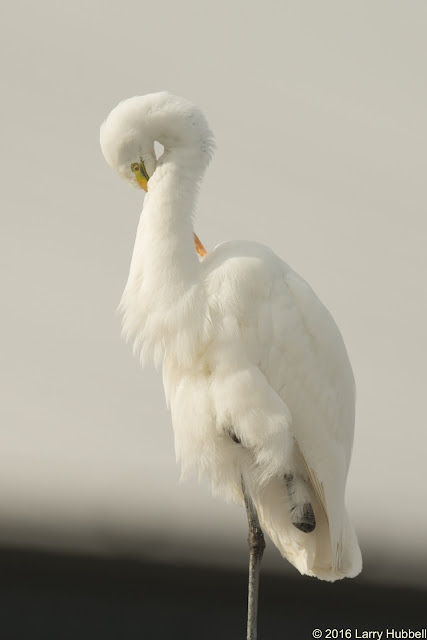 ...equally important to both parties.
Posted by Larry Hubbell at 8:40 AM