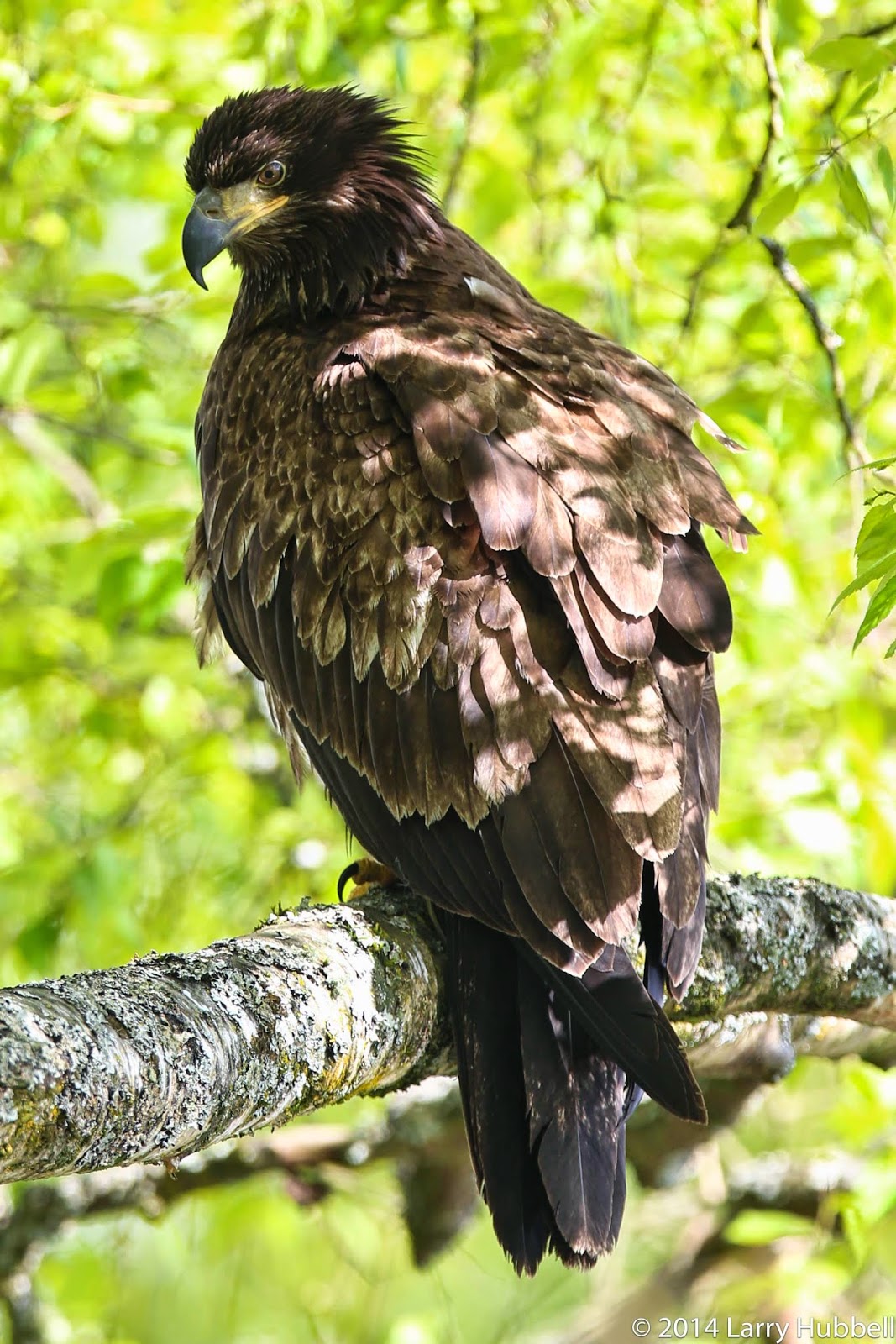 Yesterday morning this immature Bald Eagle was hunting near the 520 east bound on-ramp in the Arboretum. 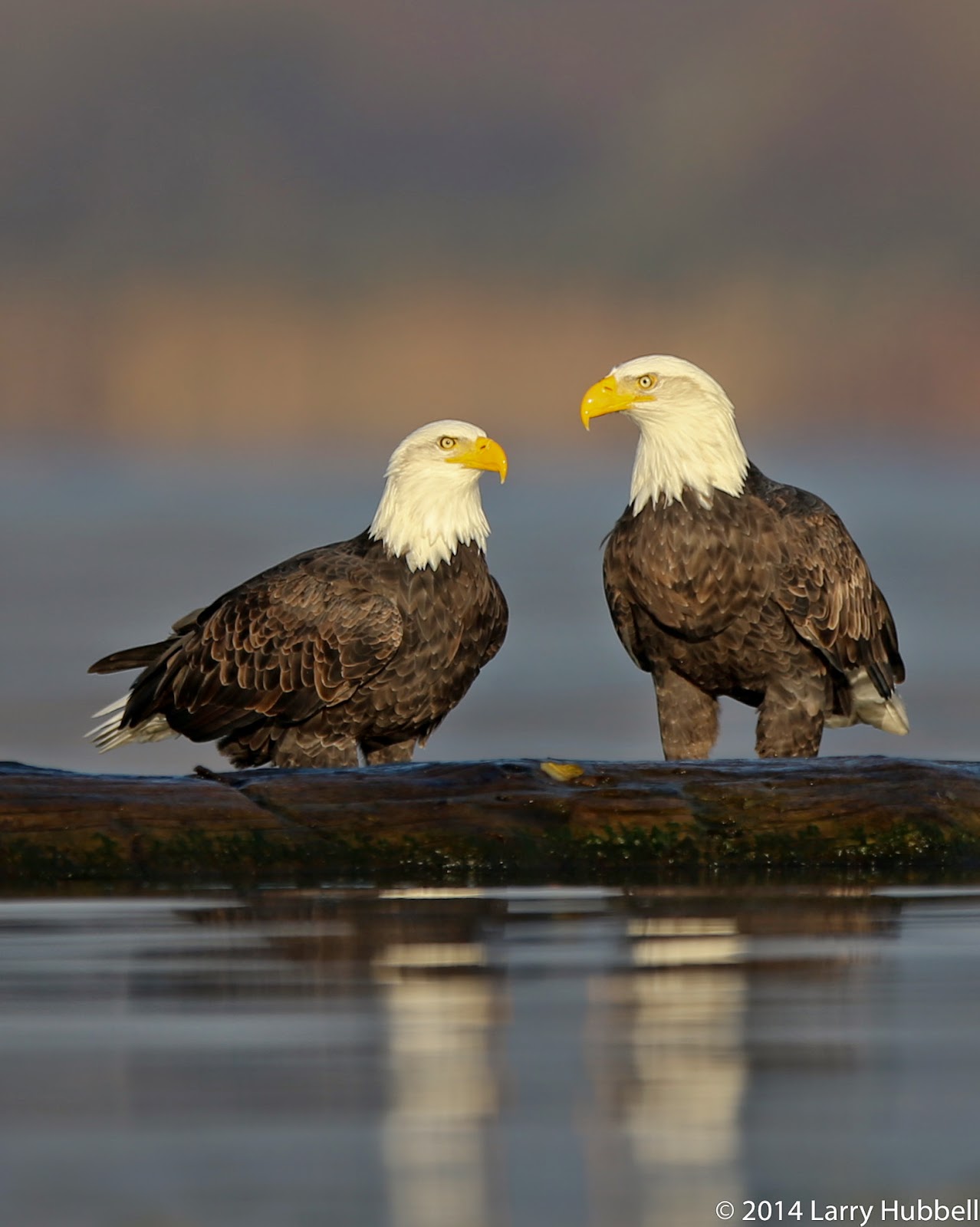 It takes Bald Eagles about 5 years get their mature colors, e.g. white head & tail, yellow beak & eyes, like Albert and Eva in this Thanksgiving photo from last fall. 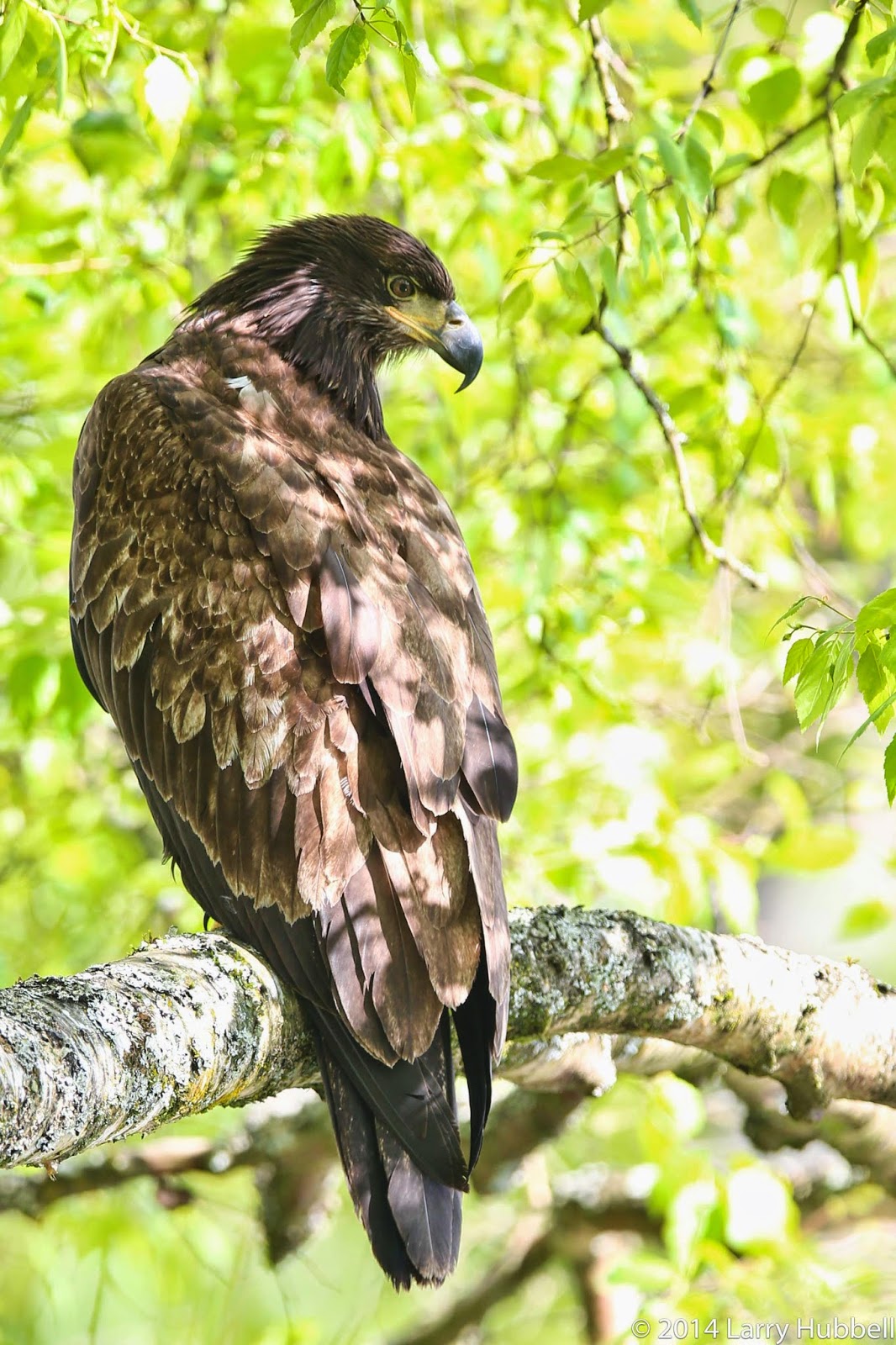 Often it is the motion of a bird in flight that first attracts my attention. However in this case I was simply approaching a bench in the park when suddenly I realized this young eagle was calmly sitting on a branch about 10 feet above the water and less than 30 feet in front of me.

My mind raced wildly as I tried to remain calm, move very slowly and get my camera focused.  I wondered, could this be last-year's eaglet, Si'ahl, returning as an immature eagle? Why weren't the crows going crazy? Will the adult eagles attempt to run it off? Why is it so close to the ground? How old is this bird?

As far as the bird's age is concerned, all I could conclude is that it must be at least one year old since Eva is still sitting on this year's eggs and logically it is most likely less than 5 years old because it lacks the white head and tail. 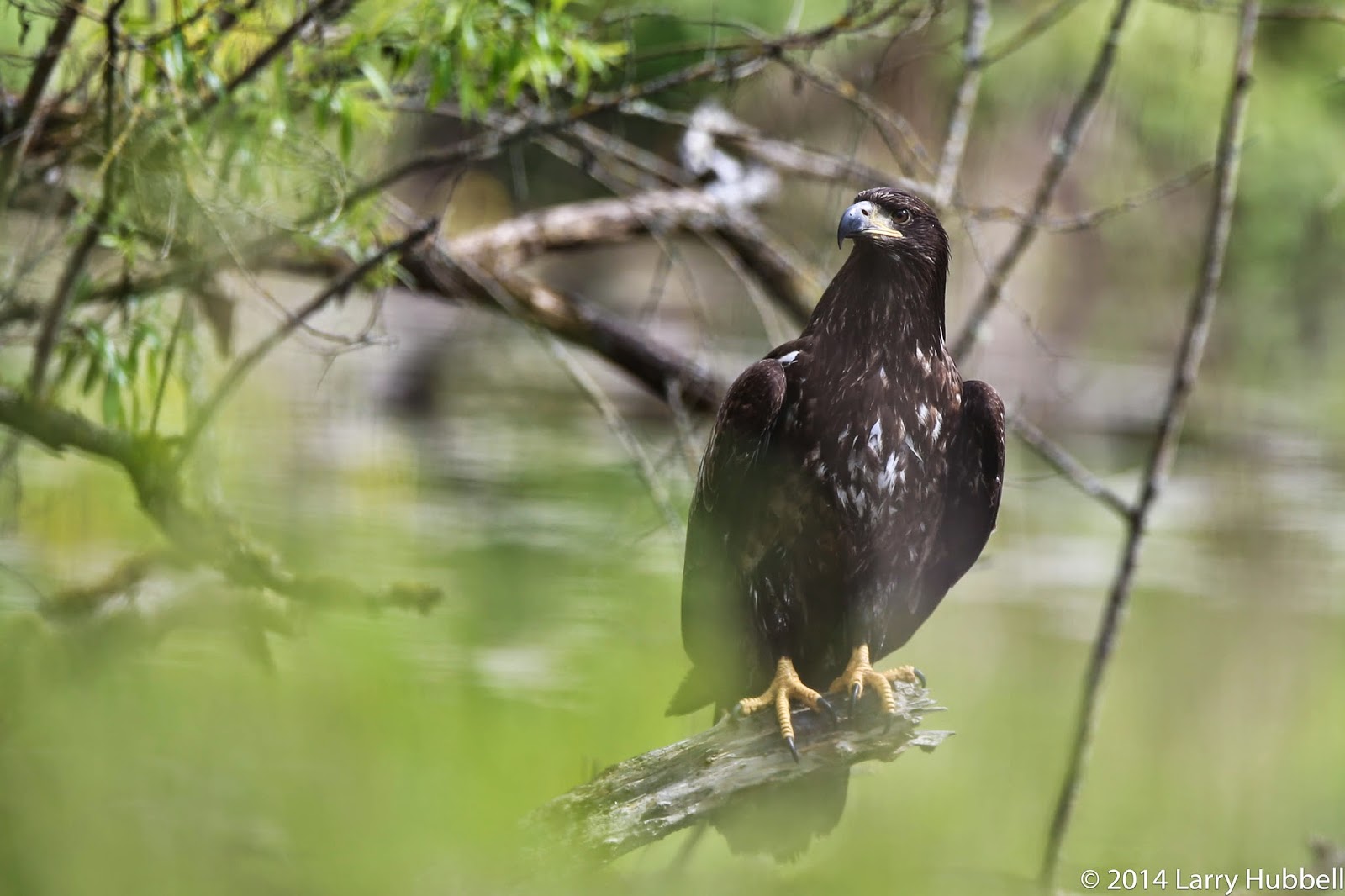 After a few minutes, the eagle flew into the small inlet surrounding Elderberry Island at the mouth of Arboretum Creek. This time the bird perched maybe 2 feet above the water. This low elevation hunting style is surprisingly different than that of Albert and Eva who usually perch on the 520 light poles, or near the tops of cottonwood trees along the shore. Maybe being closer to your prey increases the odds for a young bird who has not learned to hunt as efficiently as the adults. 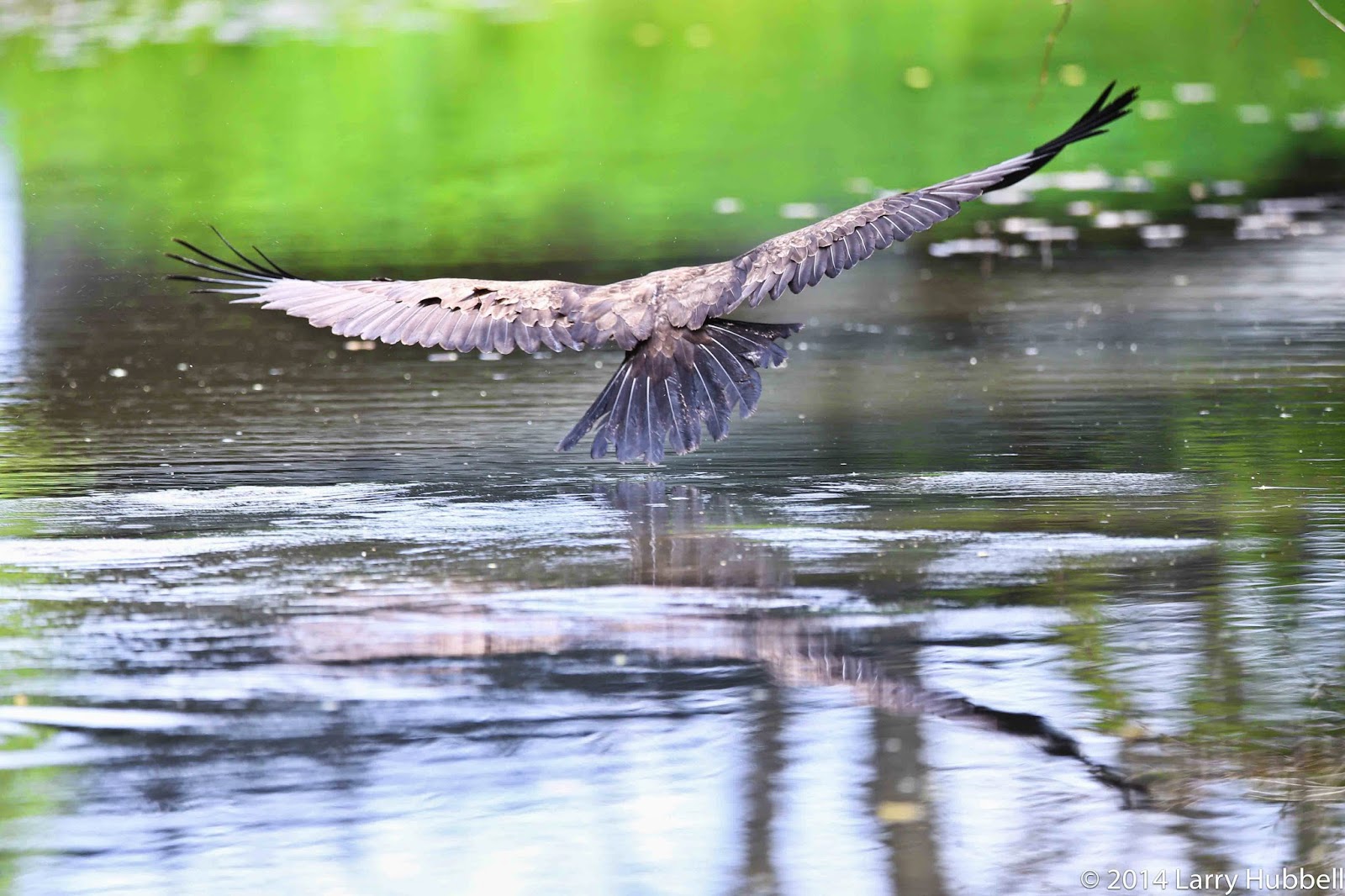 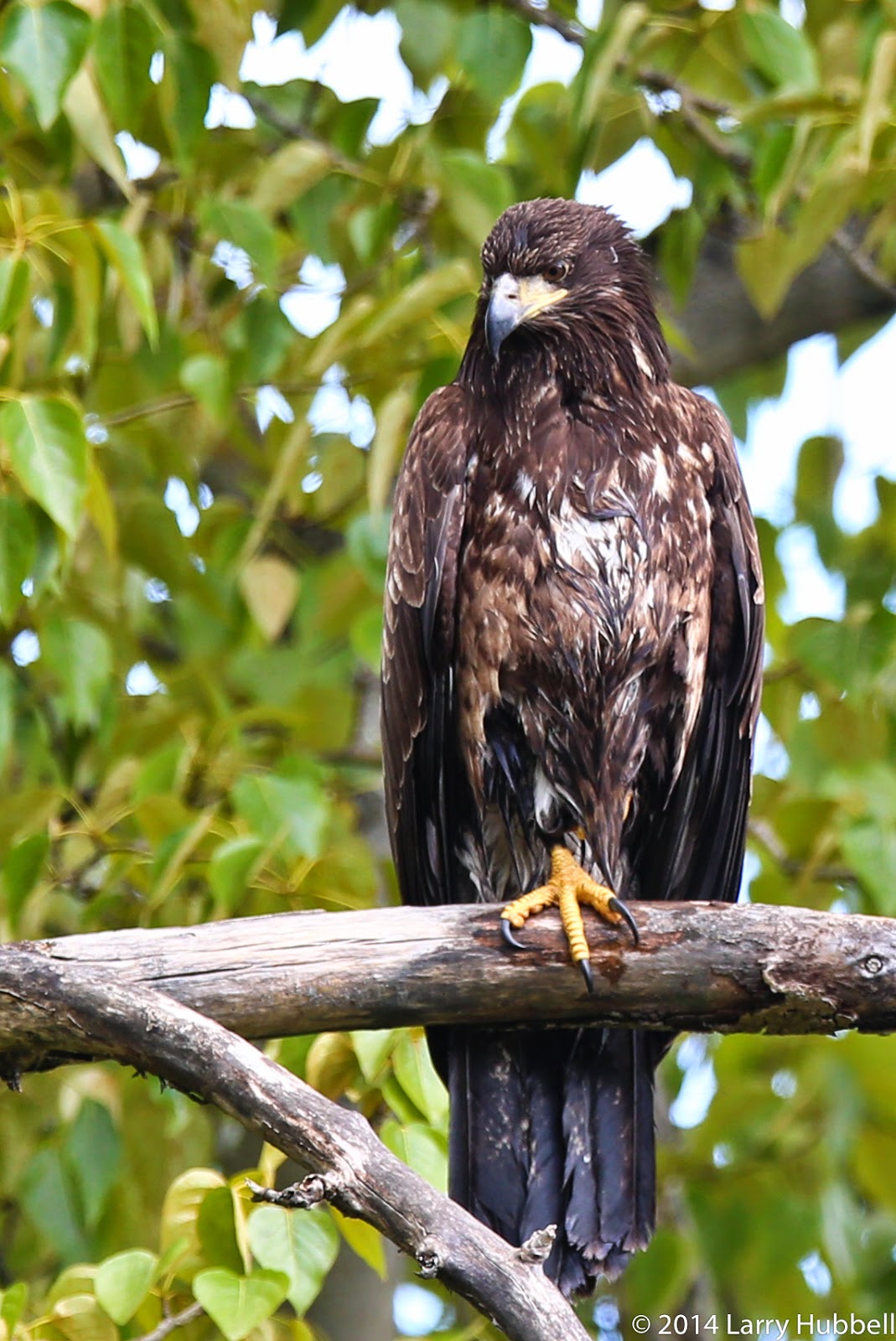 ...before returning to a tree very near its initial perch. 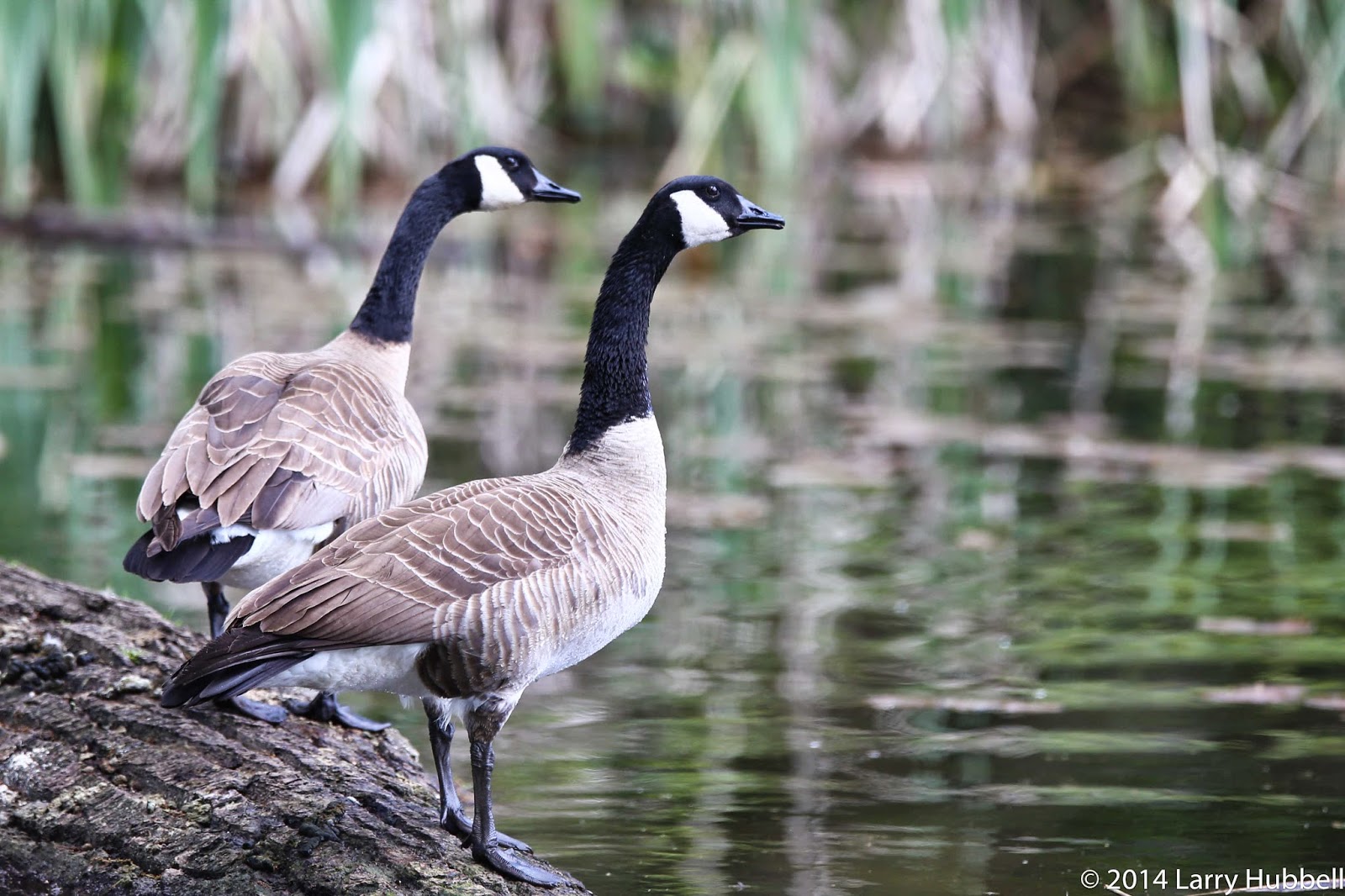 This time the eagle attracted some attention. This pair of Canada Geese started honking wildly and, contrary to what would seem like good sound logic, paddled over and sat directly below the eagle. This was the highest perch (about 25 feet) that the eagle picked during the next hour. 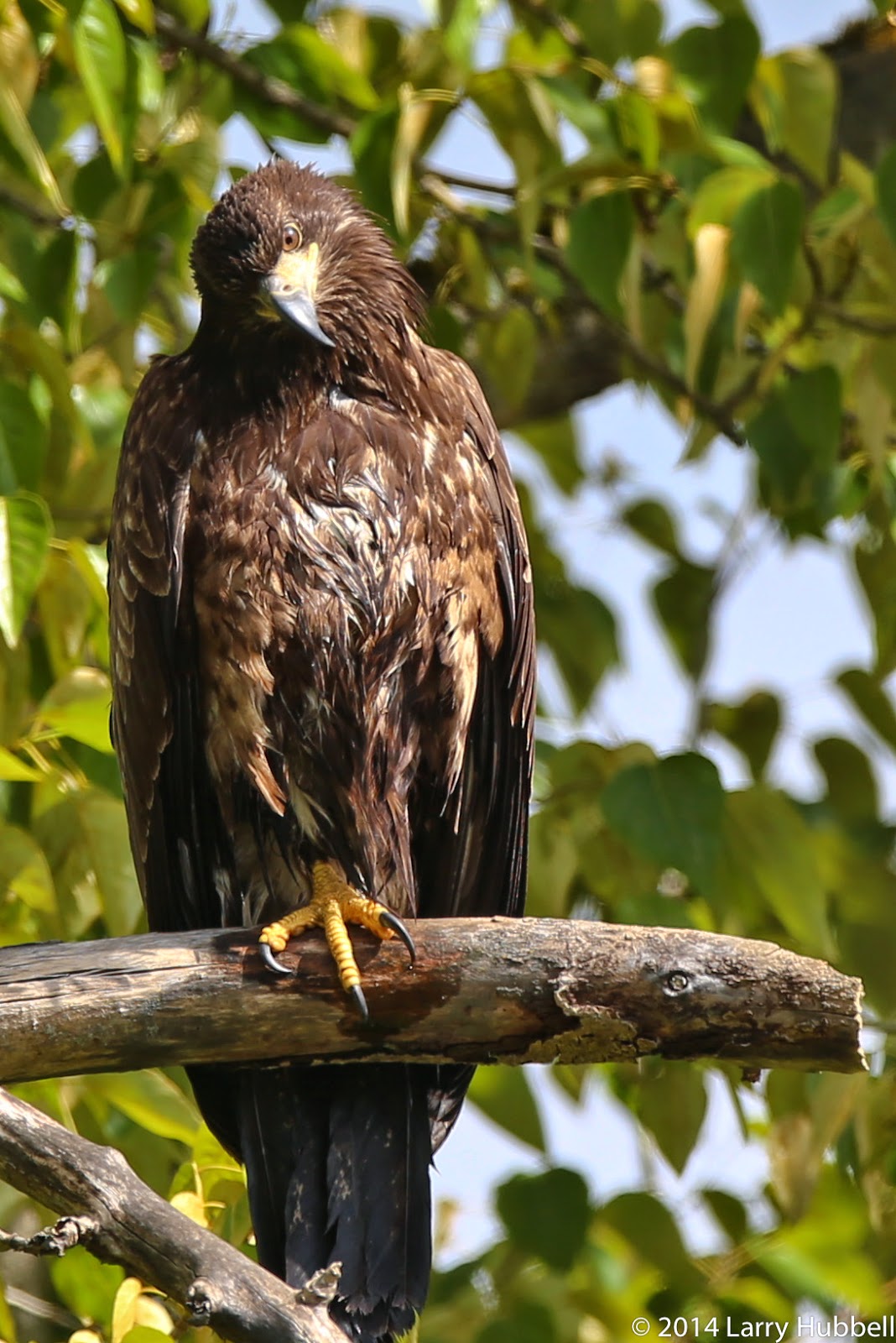 The eagle was curious about everything, but not particularly disturbed by the geese. They honked for awhile and then paddled off to some more profitable endeavor. 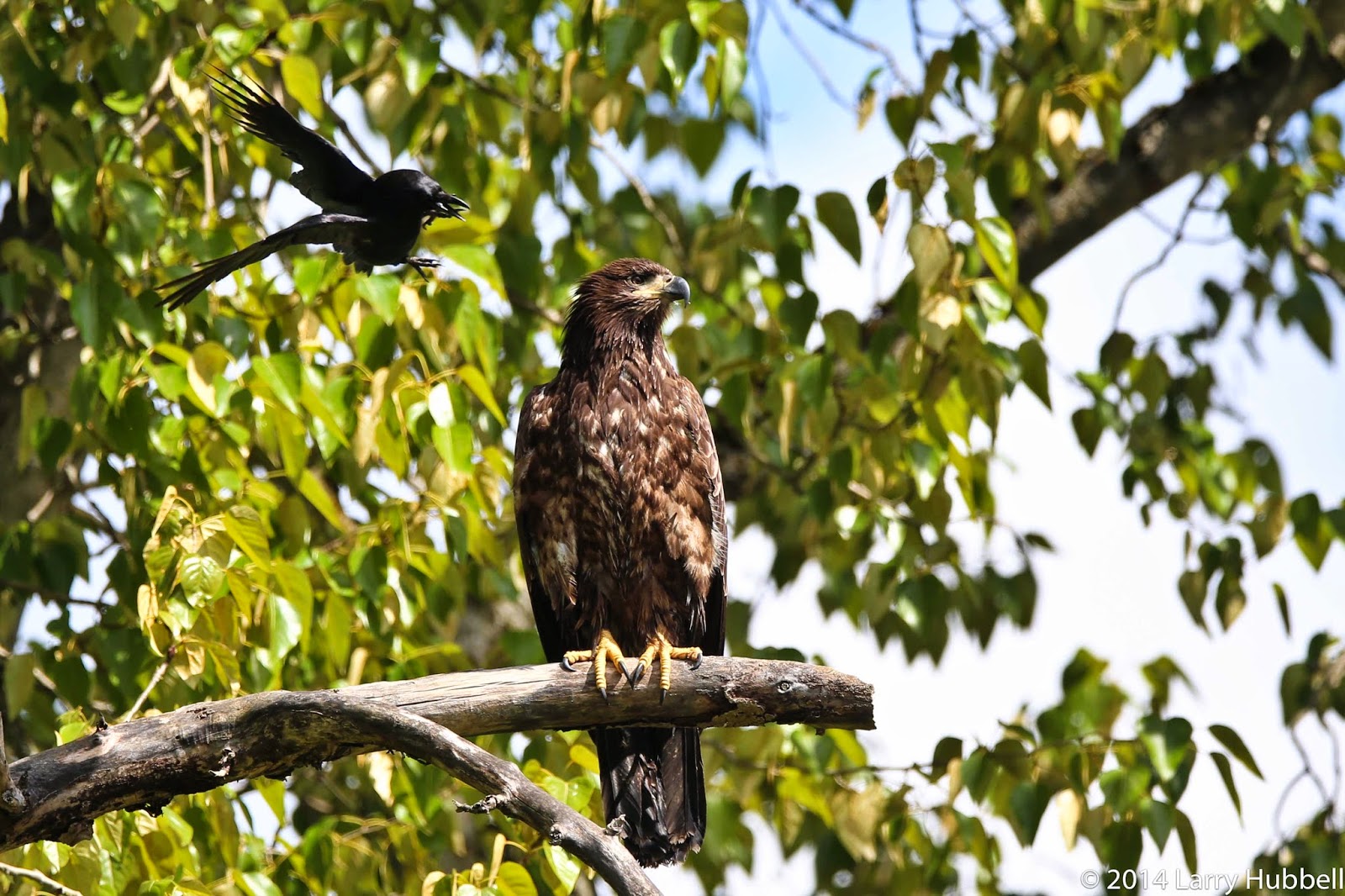 Perhaps the noise of the geese attracted the attention of this crow that bravely approached from the back side. None the less, the eagle remained calm and soon the crow was also gone. 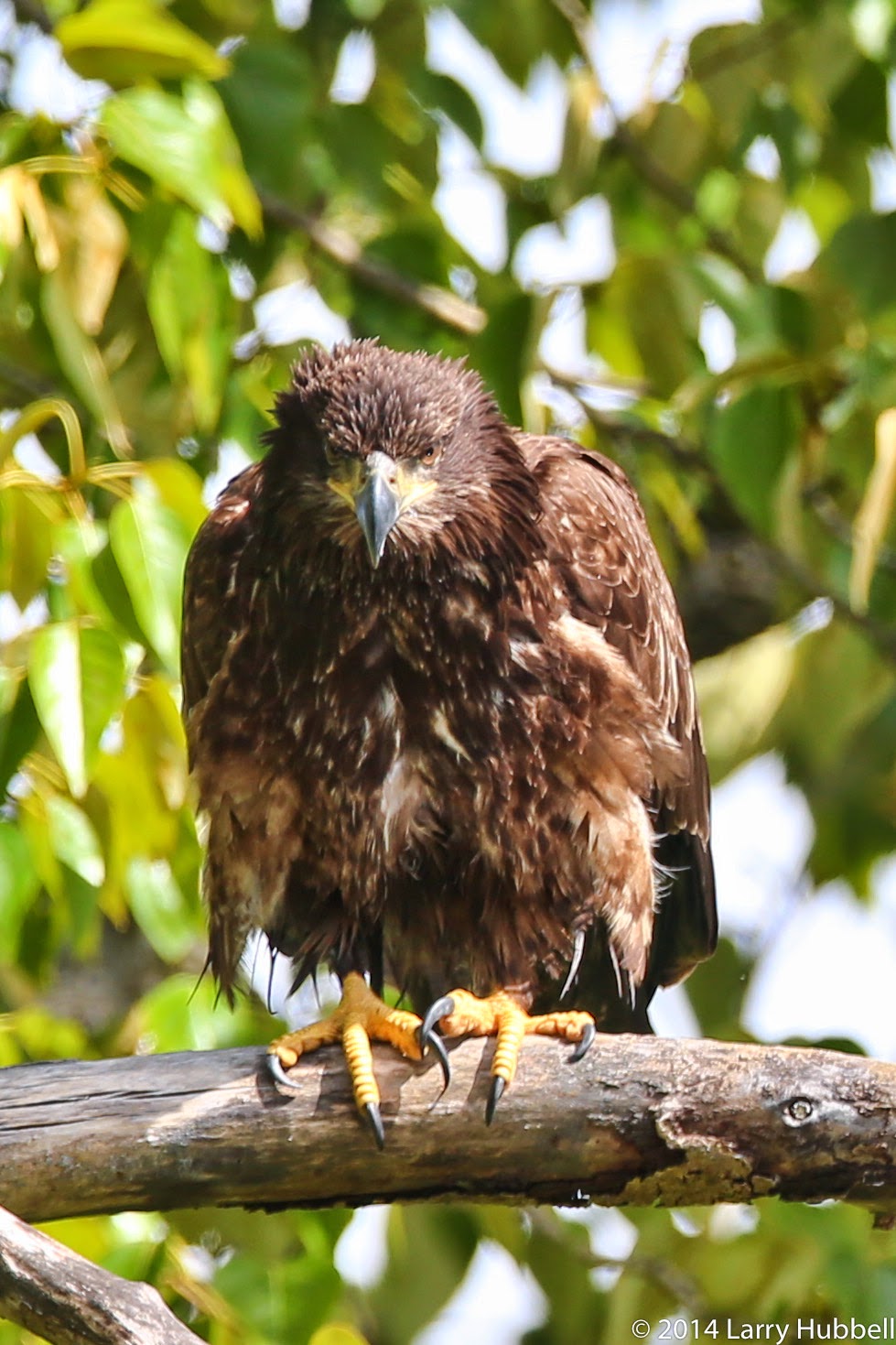 During the next hour the eagle would twist and turn as various visitors passed nearby. 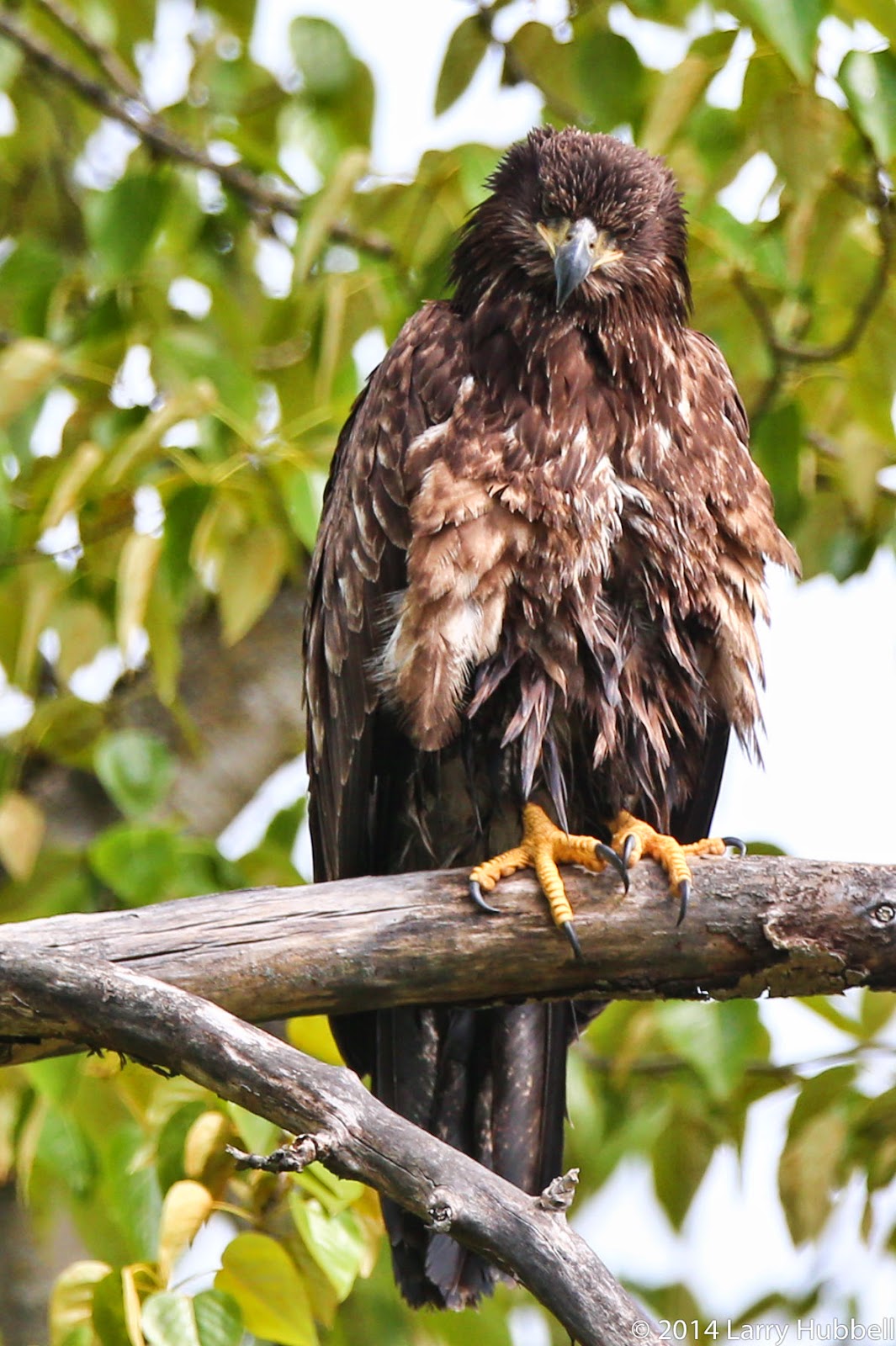 As its feathers dried out, it became obvious that some of its feathers were showing a lot of wear while others looked shiny and new. 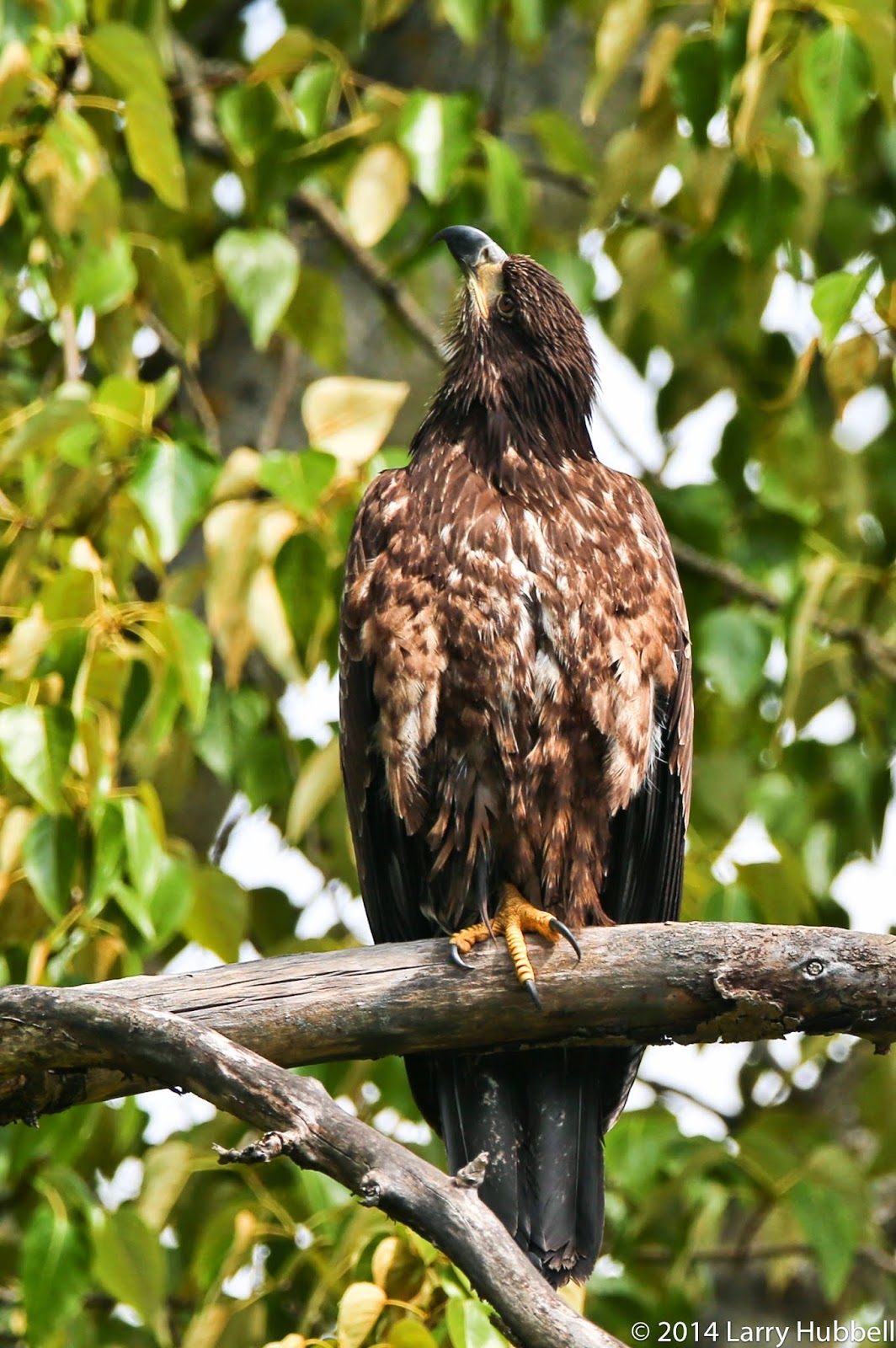 At one point a Pileated Woodpecker came calling loudly and settled into the top of a cottonwood almost directly above the eagle. 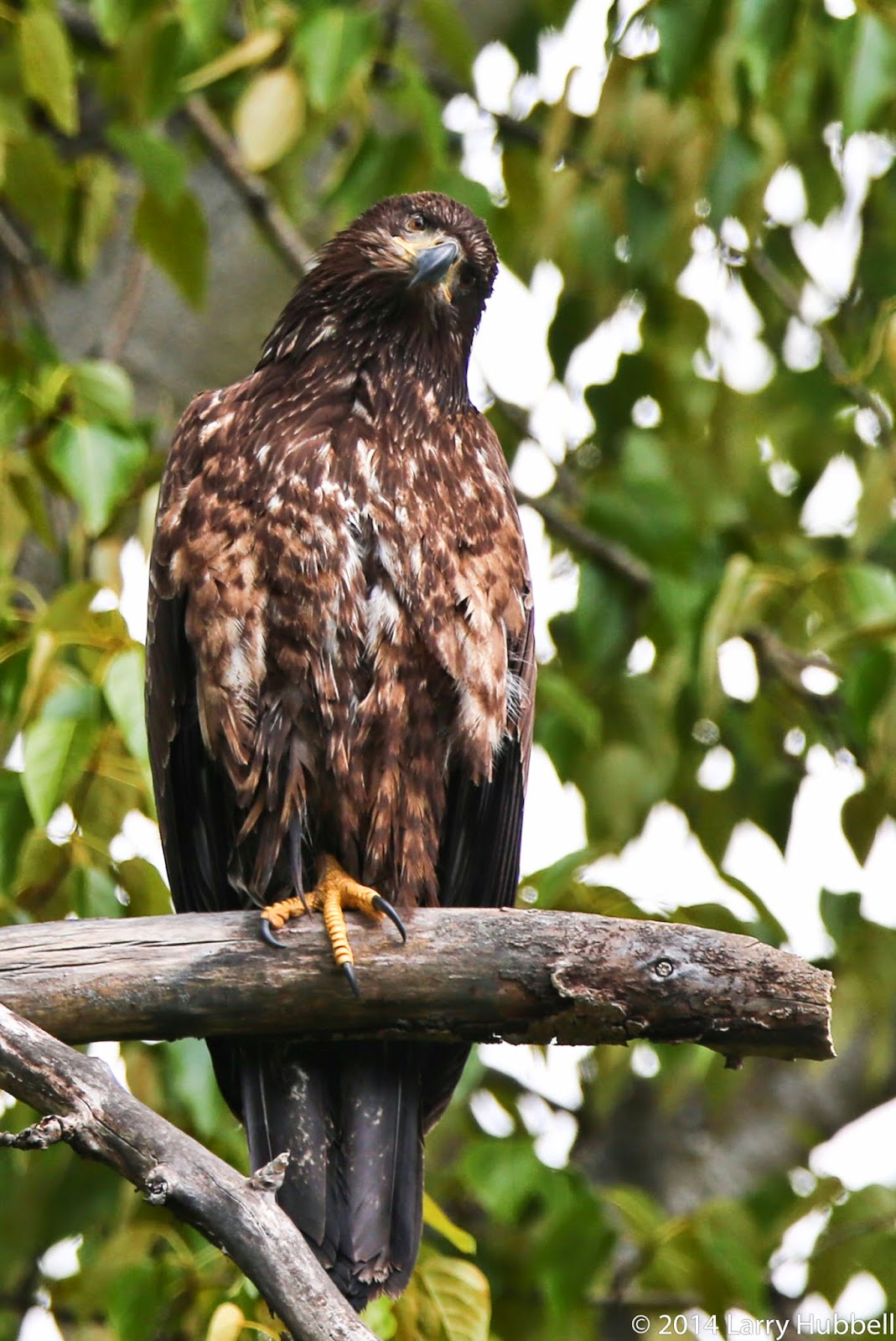 Later four canoes full of children and adults came paddling up. The children called out excitedly as they sat directly below the eagle. The bird waited patiently for their excitement and attention to pass. 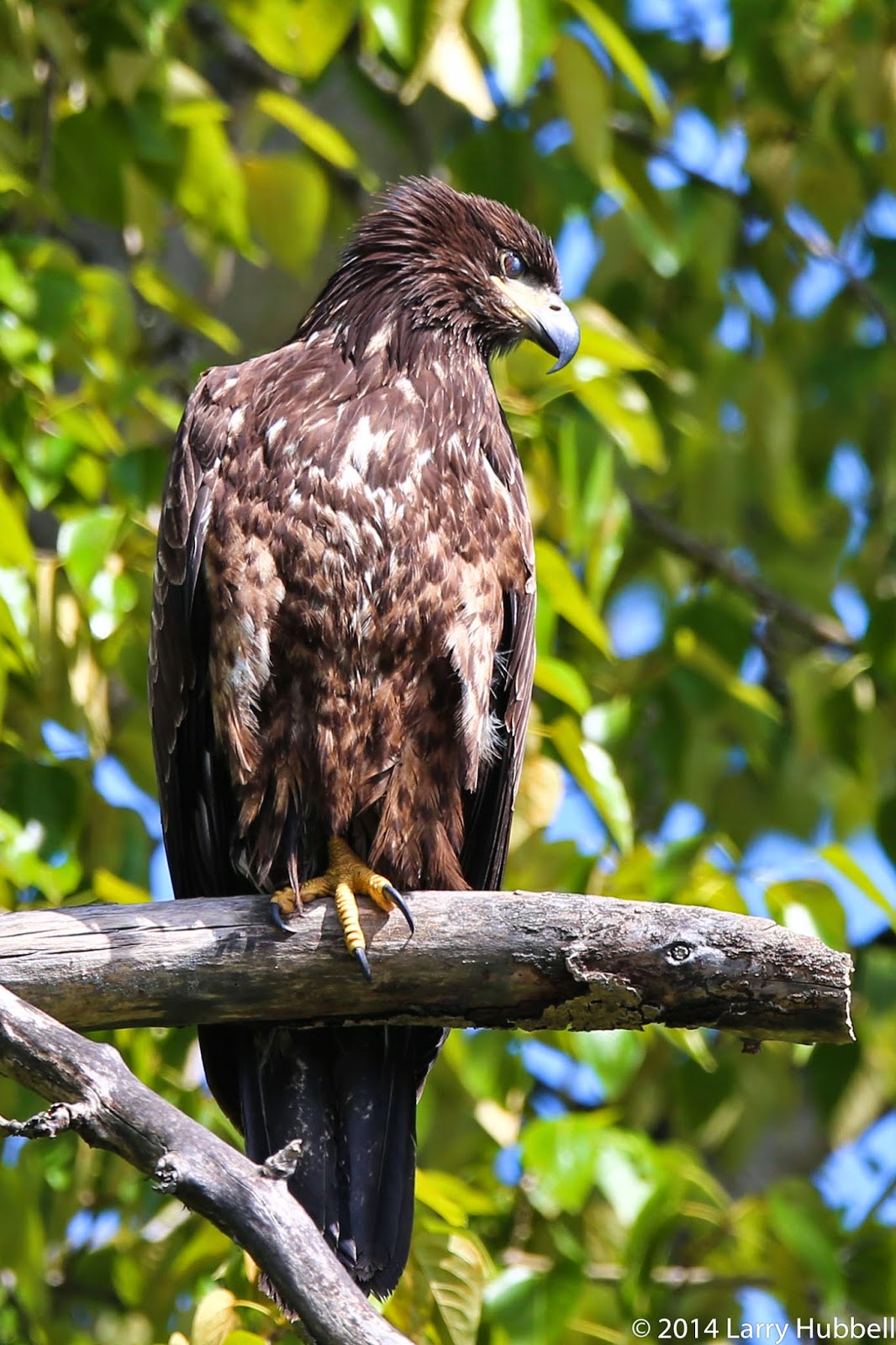 In this photo the eagle has closed the nictitating membrane, e.g. third eyelid, to protect its eye from what might be a piece of feather. 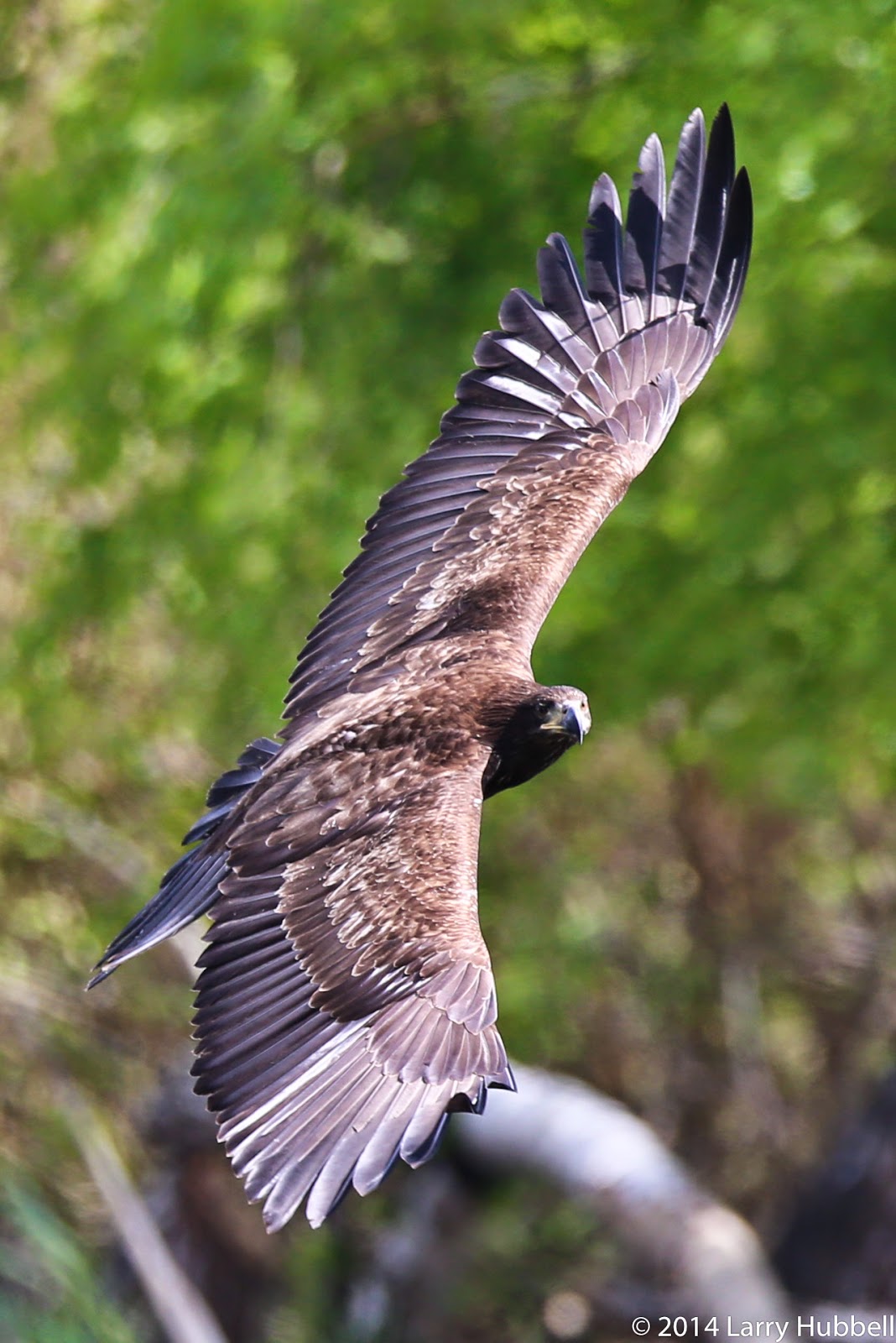 Finally the eagle must have noticed a fish passing by. It swooped down and circled once above the water. 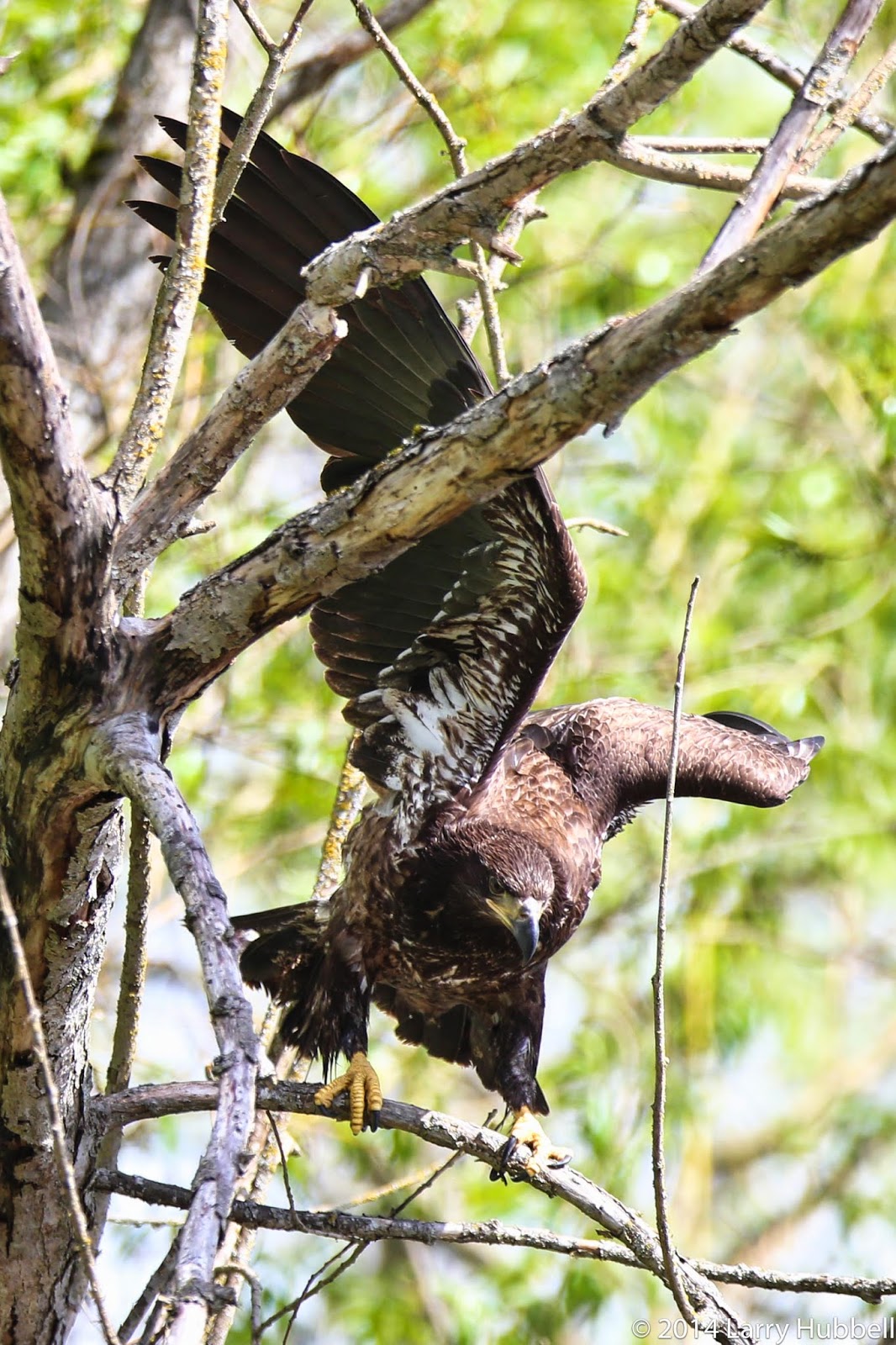 It then landed on a relatively small branch just a few feet above the water. 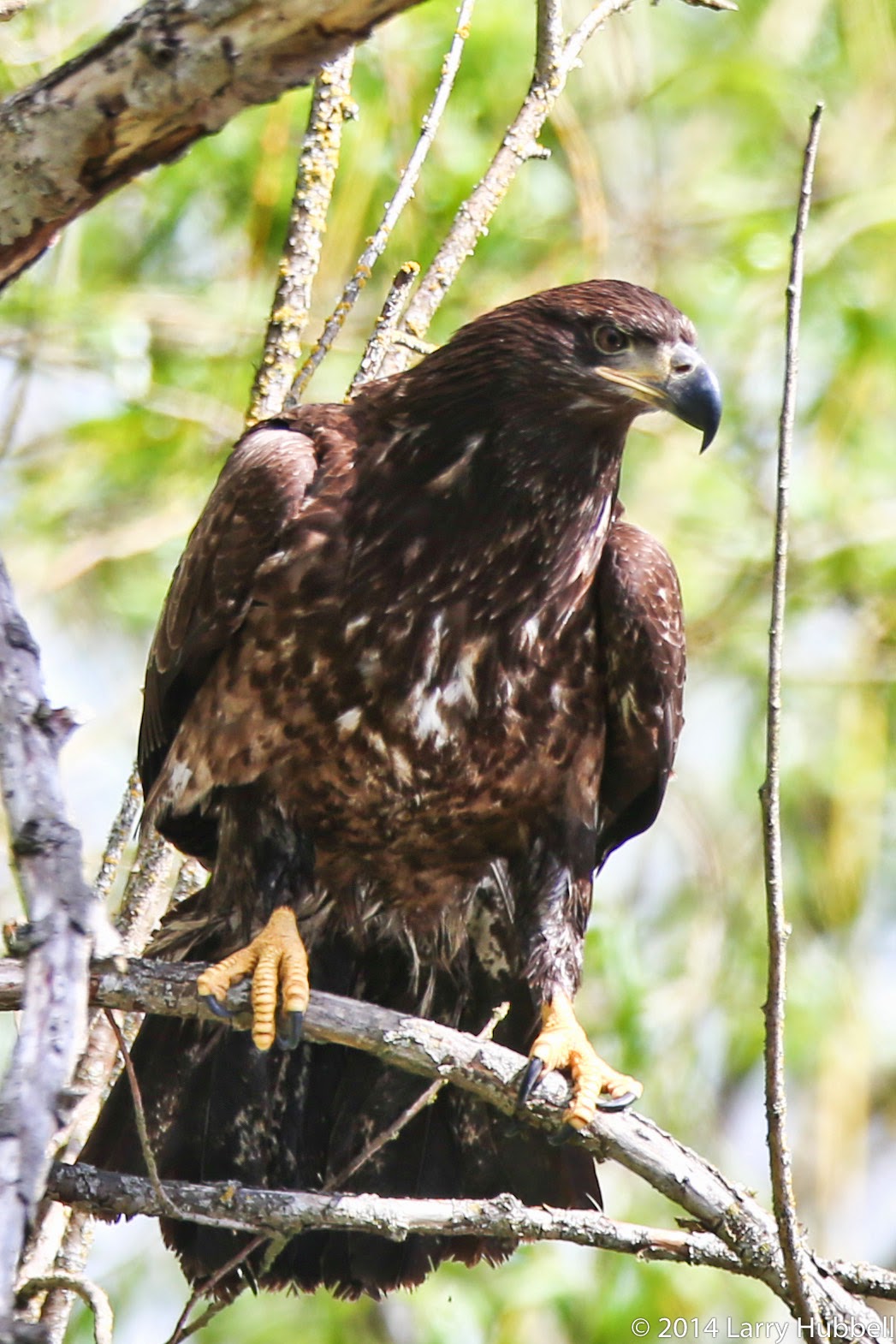 The eagle peered intently into the water before making its final approach. It looked like a classic approach, but sadly for the eagle the fish avoided becoming brunch. 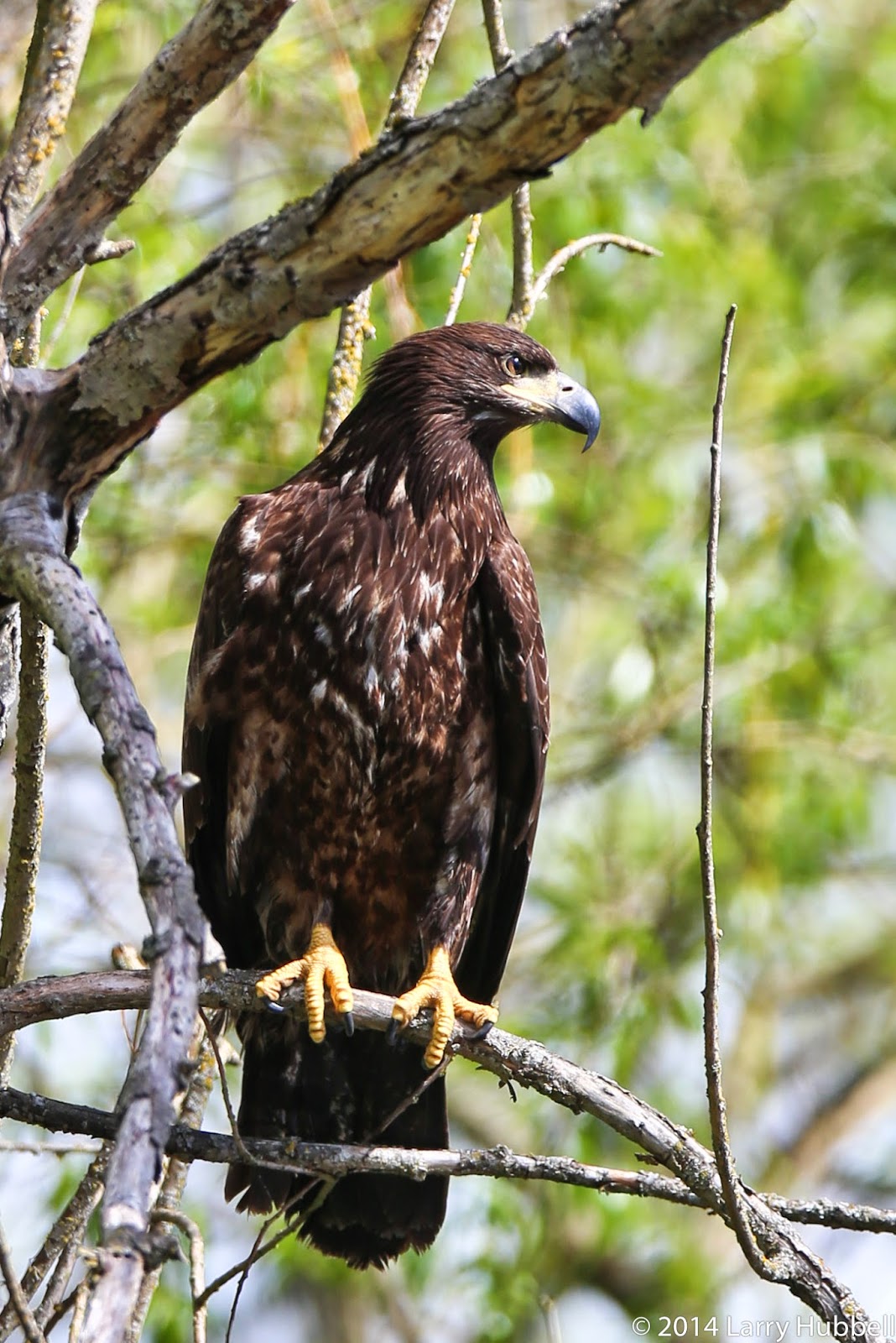 It has been more than six months since Si'ahl, Eve and Albert's 2013 eaglet, left the area. While it has been about year and a half since the 2012 eaglets left. Is this one of those young birds returning home for a visit? Will it be able to hang around the area? Will the eagle continue to hunt below the treetops and out of sight of the adults? Will the adults ultimately find it and run it off since they are preparing to raise new young this year?

There are certainly more questions than answers, however one thing is certain, it is a tremendously exciting time on Union Bay. You might want to take a walk to Foster Island and take in some of the beauty and grace of nature.

PS: The Downy woodpecker (See last weeks post) has now excavated a nesting hole that is large enough for him to disappear inside. The female has been seen watching nearby and even meeting him on a branch to offer encouragement (or instructions). After the exchange, the male went to work on the lower hole about 3 or 4 feet below the upper site. Apparently the female wants options.

Posted by Larry Hubbell at 9:26 AM