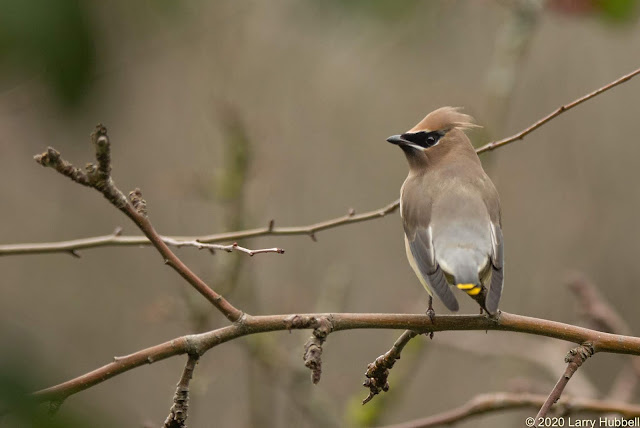 Fall is passed. All the Cedar Waxwings, which I have seen lately, appear to be on their way to wearing mature, breeding plumage. 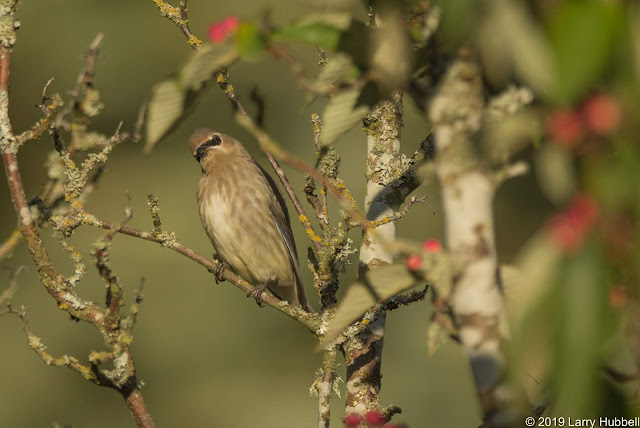 The stripes of youth - as seen in this Fall photo - have disappeared. 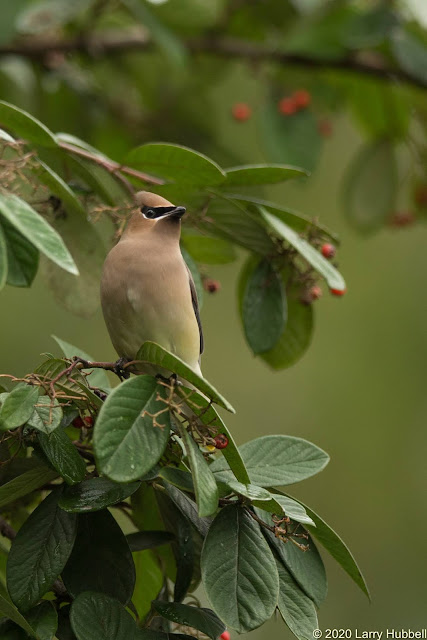 The subtle coloring of the chest and belly, along with the generally smooth, sleek appearance of the feathers appear to be clear indications of adulthood. 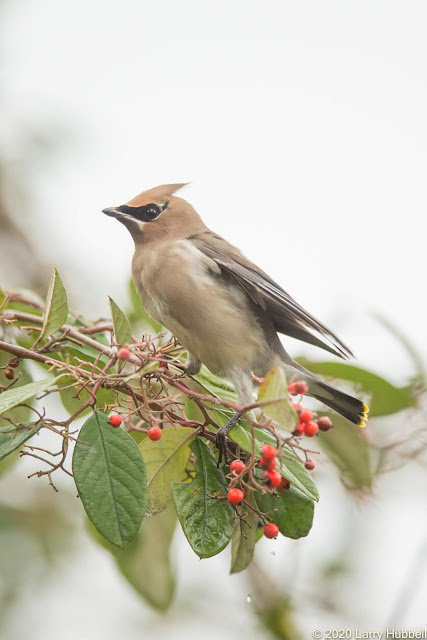 This bird made me wonder if there might be other signs of youth that persist after the stripes have gone. The fuzzy white feathers at the shoulder - between the chest and the upper wing - seemed suspiciously youthful.

When birds are young their feathers must grow in quick. Often these fast-growing feathers do not have all of the tiny hooks or barbs that adult feathers have. As a result, young birds often have fluffy feathers that do not lay down and align like an adult's. 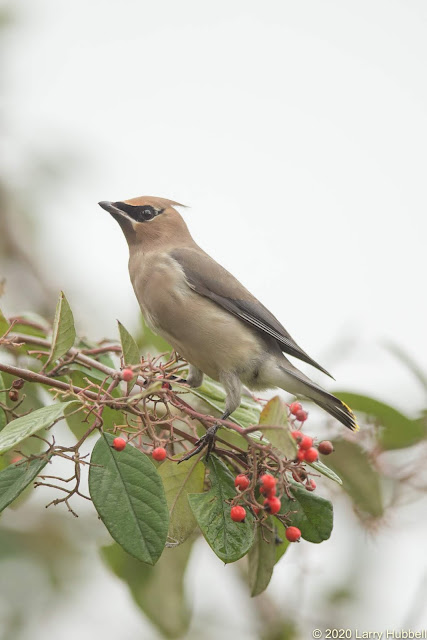 Looking closer, I noticed the dot of black behind the bird's eye. Maybe its mask has not yet fully formed. When compared to the mask on the bird in the next photo the difference is obvious. 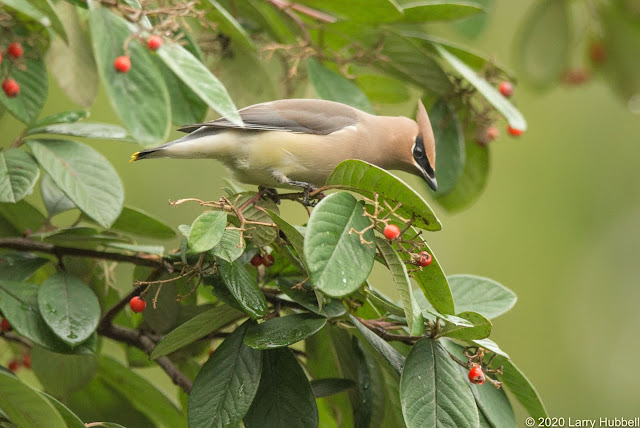 Not only does the adult's mask extend behind the eye, but the hint of white at the shoulder is certainly less fluffy. 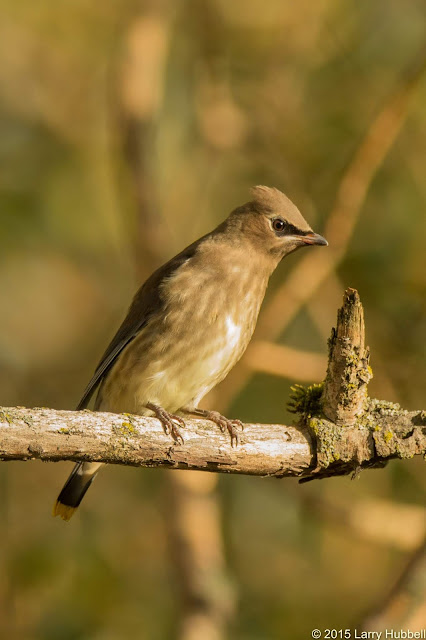 Looking back through my previous photos I found that all of my Fall photos of striped juveniles show an incomplete mask. 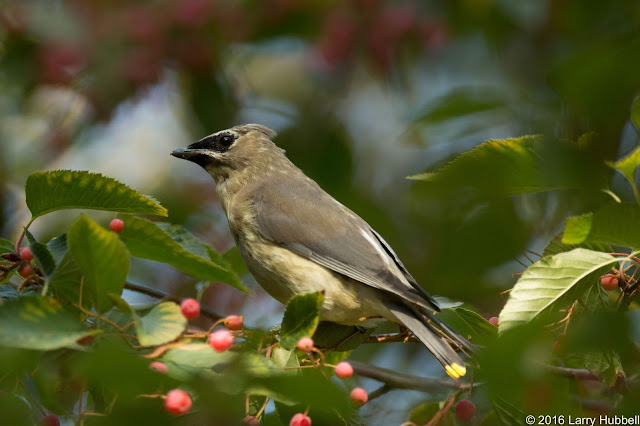 However, I did find one where the rear portion of the mask appeared to be at least partially present. 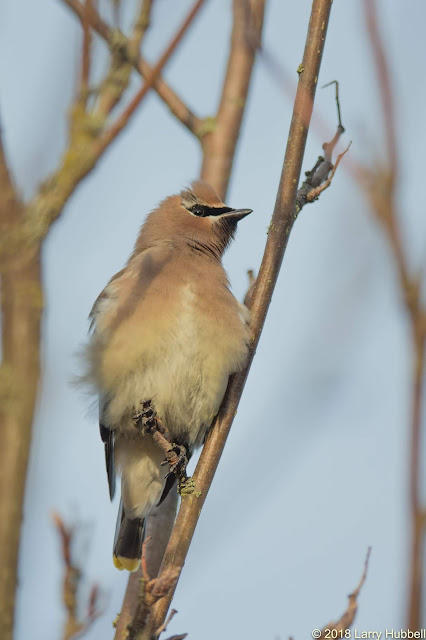 This January photo from two years ago really clarified the situation. It seems obvious that juveniles go through a post-stripe stage. The aft-portion of the mask is still missing, there are many fluffy feathers and there is also a central white streak visible on the chest. 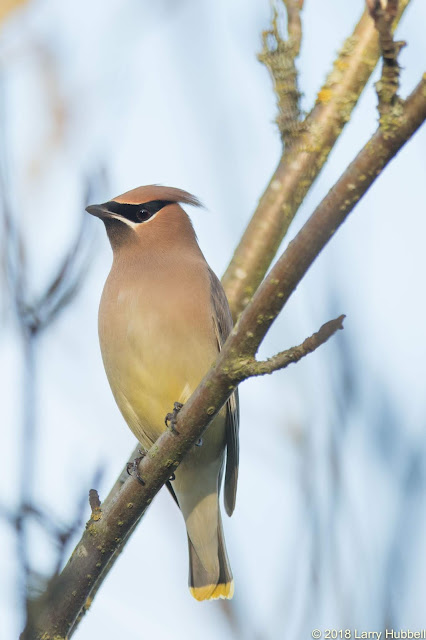 The comparison to an adult is striking. The white on the chest is virtually gone. The mask is fully formed and the fluffy feathers have disappeared. This is most certainly a bird prepared to attract a mate. 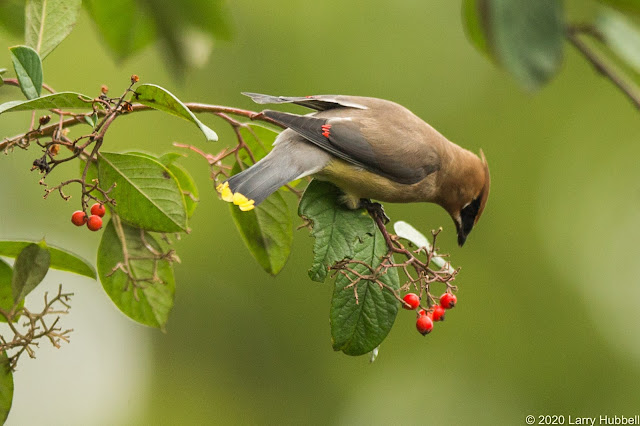 However, Cedar Waxwings have one more trick up their sleeves, so to speak. From what I have read the scientists are not absolutely positive but they suspect that the red waxy appendages on the secondary feathers of this bird help to attract mates. (They are also the inspiration for the Waxwing name.) 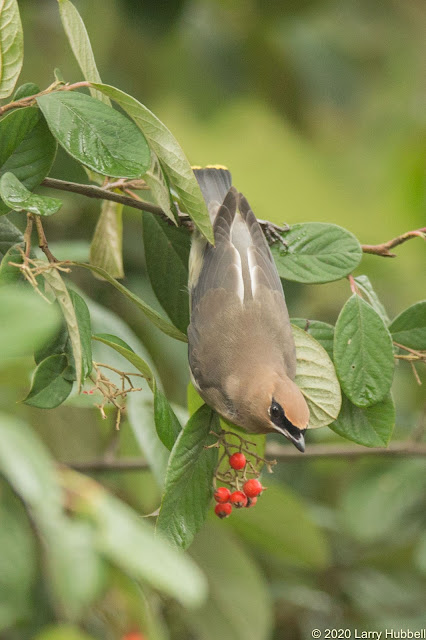 Curiously, not all Waxwings have 'wax' on their wings and some occasionally have it in slightly different locations. 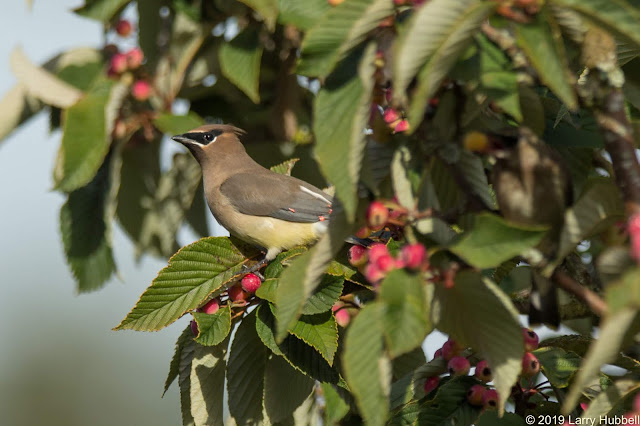 In a previous Waxwing post, called A Frugivoracious Thunger, I mentioned that the red dot of wax directly above this bird's leg was a new feather just growing in. Since then I have learned that occasionally the waxy appendages can even grow on the covert feathers. Coverts are feathers that cover the base portion of longer feathers. So in this case, that particular dot of red may actually be on a fully formed covert and not on a new partially-grown flight feather. 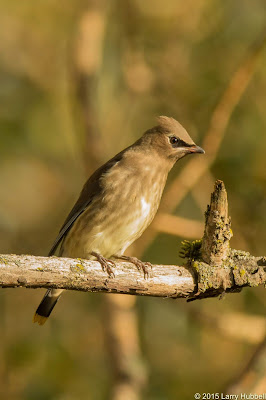 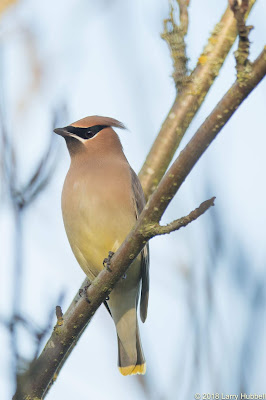 If you would like a challenge compare these two photos and see if you can find one or two more obvious differences between the juvenile and the adult. If it helps you can scroll back to the larger versions of these photos. 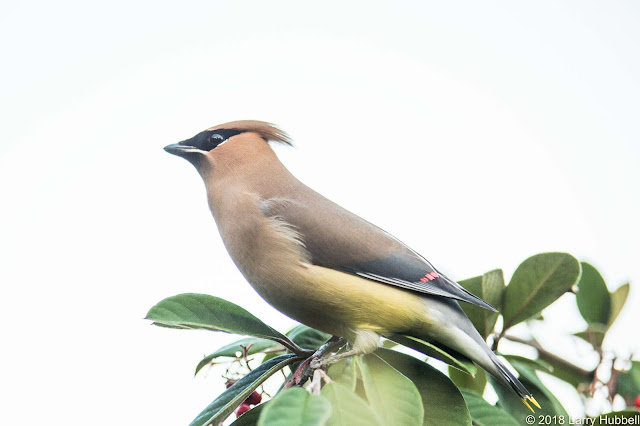 Just for fun here is another photo that shows an adult who still has a few fluffy shoulder feathers. With nature, there are no absolutes. One should never say never. The only certainty is that life is constantly changing. We are all, human or avian, unique combinations of genetics and experience to be treasured and appreciated.

ps: The two more differences I noticed are that the juvenile has a brownish bill and brown feet while the adult's are black. 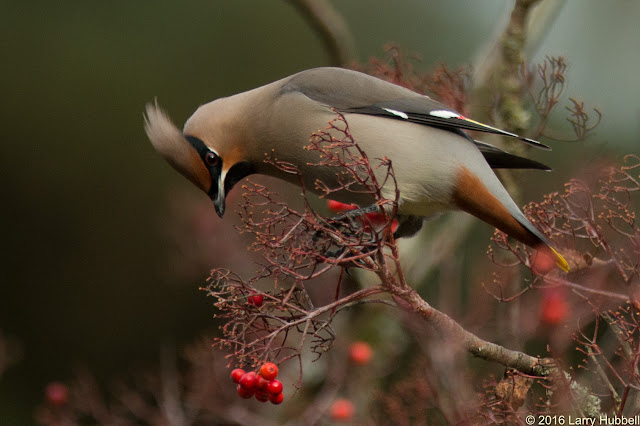 What species of bird is this? Is it native to our area?

Bohemian Waxwing: These are native North American waxwings however they breed farther to the north - primarily in Alaska and Northern Canada. In the winter, they can occasionally be found in Western Washington feeding among Cedar Waxwings. The quickest way to pick them out is their larger size and the reddish-brown coverts under their tails. 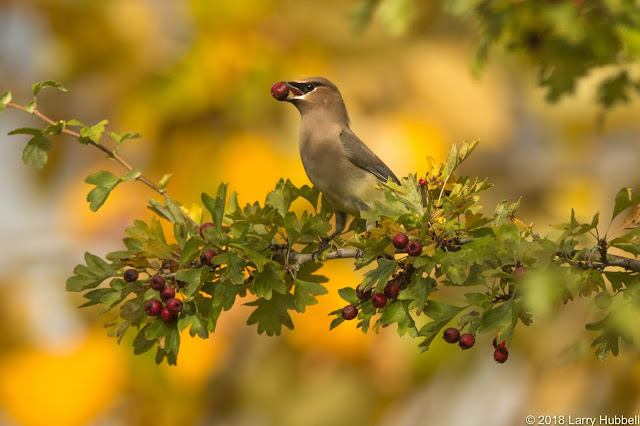