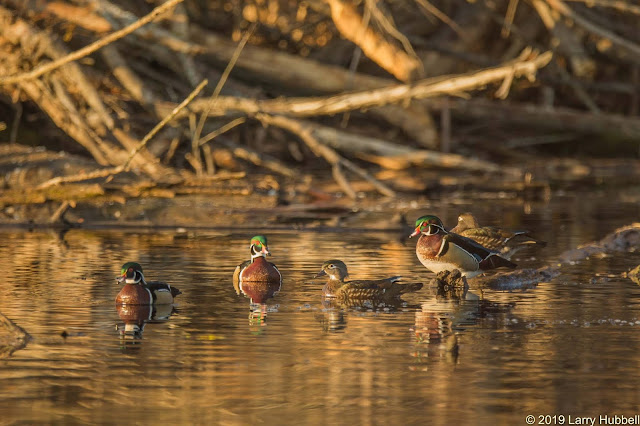 Male Wood Ducks are one of the most beautiful birds in the world. In January, the female in this photo had the opportunity to select the suitor of her choice. 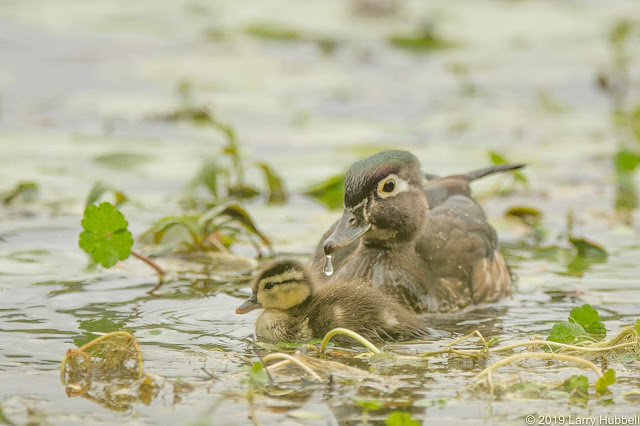 Between January and May, priorities change for female Wood Ducks. Initially, selecting a handsome mate may be at the top of her list, but along the way egg-laying, incubating and ultimately the safety of her young becomes the top priority. On Monday, this female had clearly moved on. 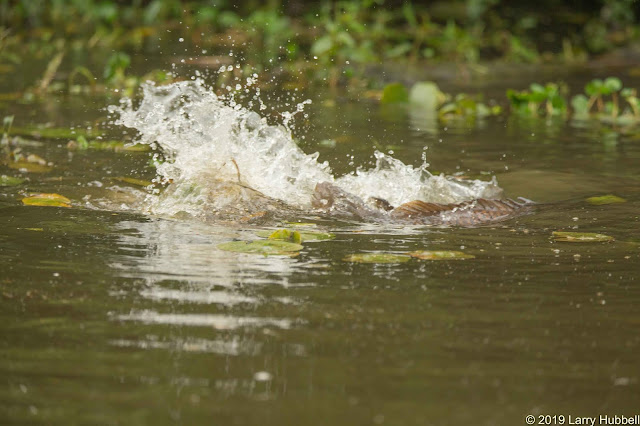 Nearby carp were thrashing about and spawning in the shallow waters of Duck Bay. The noisy fish certainly looked big enough to swallow a duckling whole. 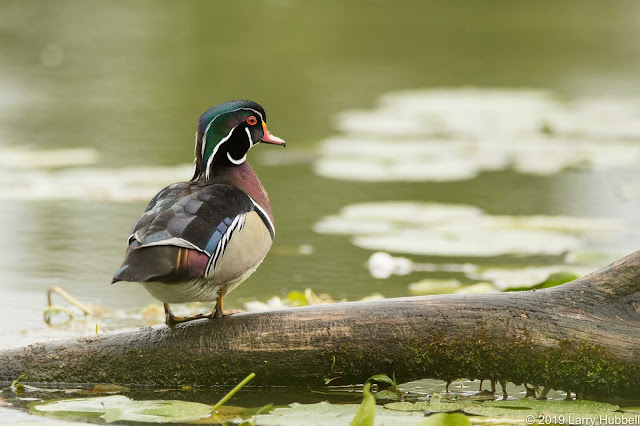 The beauty of a male Wood Duck, hanging out on a nearby log, was no longer relevant. 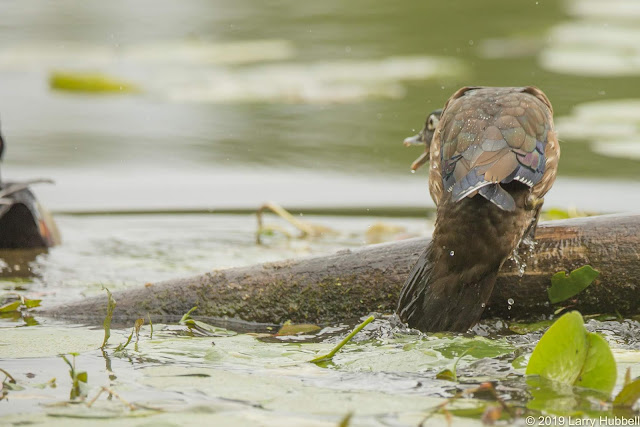 There was no sign of affection when the female charged the handsome male and chased him off the log. 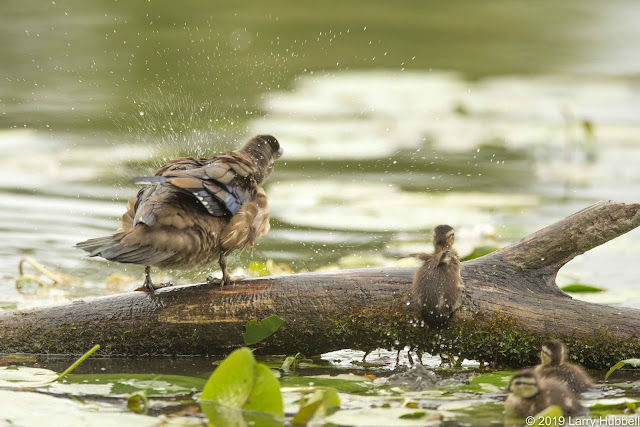 She must have decided that the elevated perch would provide a safe haven for her young. Soon the ducklings began joining their mother. One, two, three... 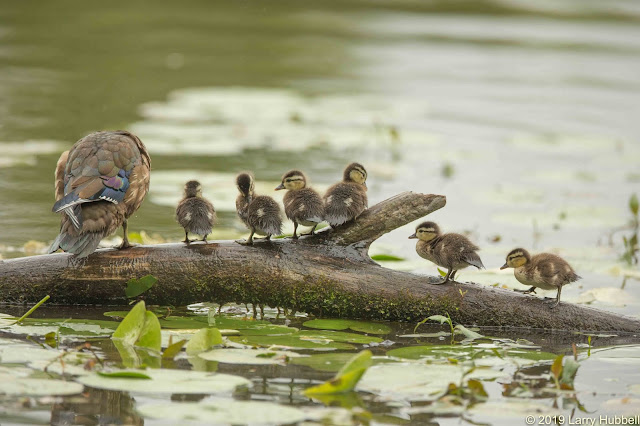 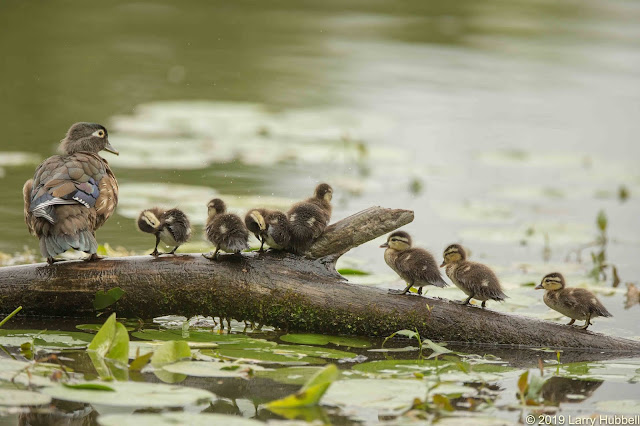 ...ultimately, all seven left the water. While the early birds preened, the stragglers slowly ascended the log. 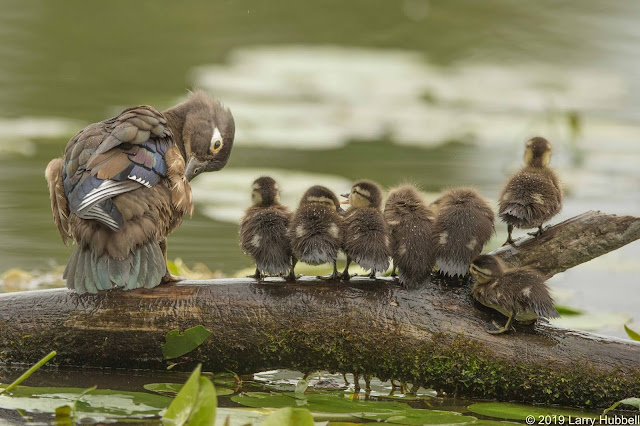 The last duckling struggled a bit trying to find an elevated opening between its siblings. 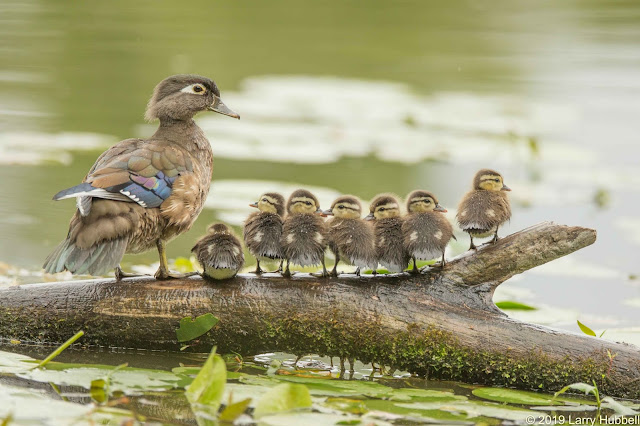 Finally, with all seven on top of the log, I suspect the hen counted them just to be sure. 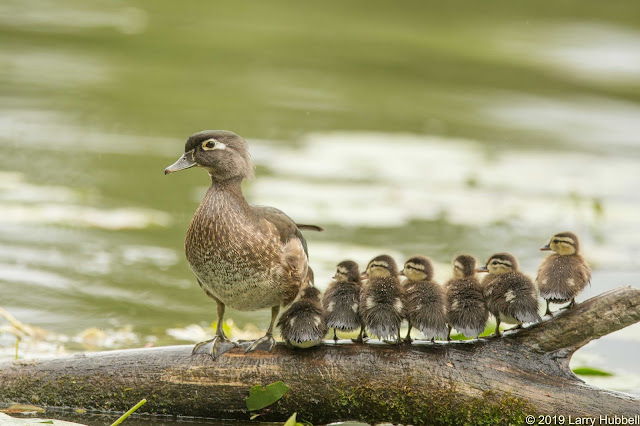 However, young creatures are seldom patient and still. 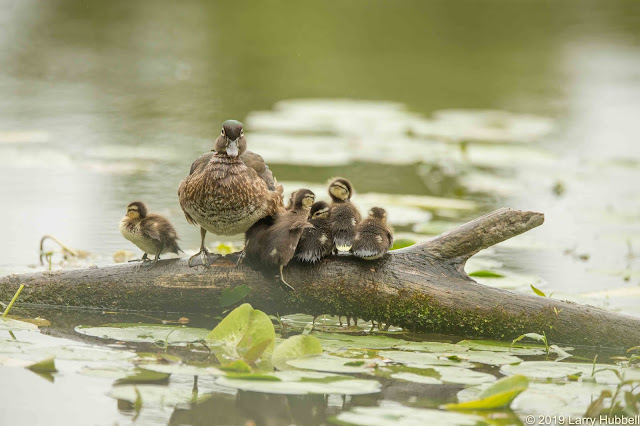 Soon the ducklings were slipping and sliding back into the water. 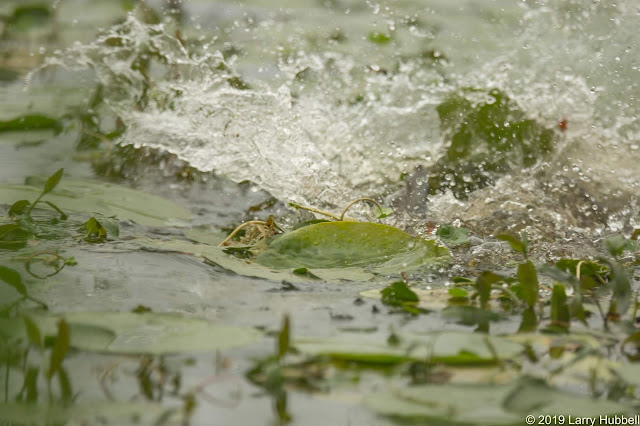 Close by, the carp continued to splash. The threat had not gone away. Plus, the fish were not the only problem. American Crows, River Otters, Red-tailed Hawks, Bald Eagles, and many others could easily make off with a duckling.

(There are also environmental threats. For example, later in the week, I came across another female Wood Duck calling loudly from under a willow along the water's edge. For twenty minutes, she called incessantly while circling back and forth between logs, mostly hidden under the foliage. Finally, just as she and her twelve ducklings emerged into view, she quieted down. A bystander surmised that one of her ducklings must have been temporarily caught among the logs and unable to get free. The mother kept up the distress calls until all of her young could proceed together.) 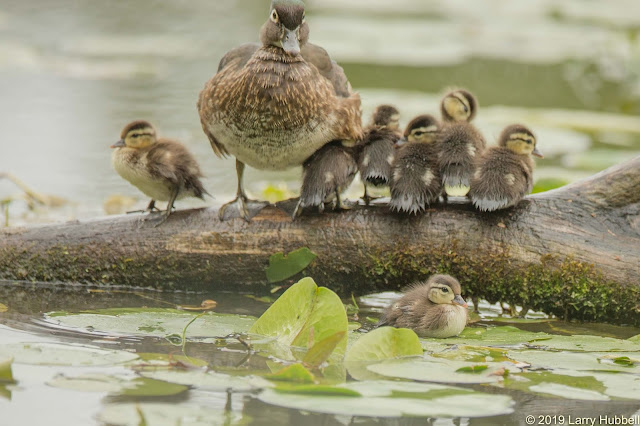 On Monday, all but one of the fallen ducklings made it back to safety and then... 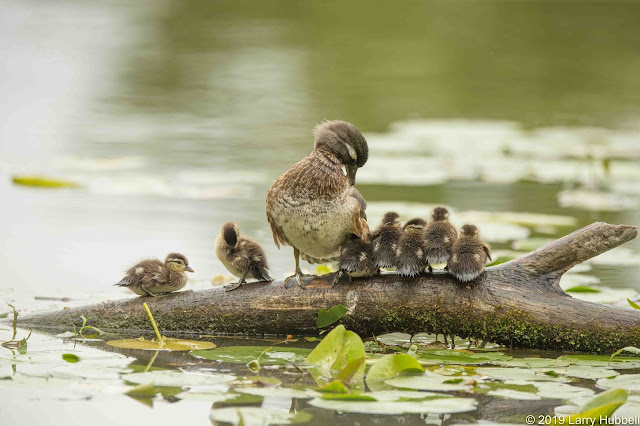 ...finally, the last duckling circled to the far end of the log and climbed up out of the water. 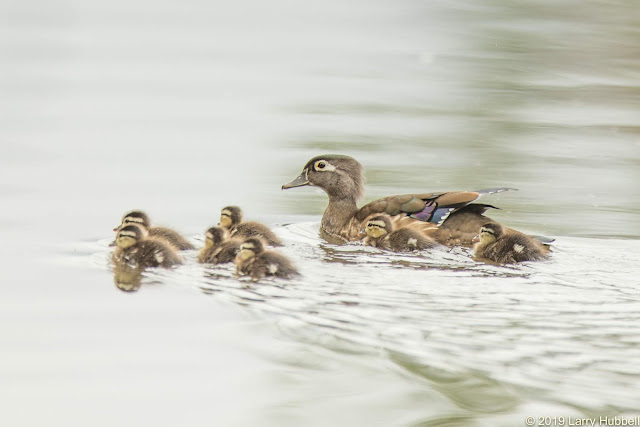 In the end, when the mother felt it was safe she led her young ones away from the shallow, carp-infested waters of Duck Bay.

This week's post is dedicated to the half a dozen volunteers who have been rising early to watch Wood Duck boxes. Since early March, our all-inspiring hope has been to watch young ducklings as they leave the nest for the first, and only, time. Amazingly, when the ducklings are only one day old they are ready and able to climb out of their nesting cavity and fall to the surface below, regardless of the height.

The ducklings will only exit the nest if their mother calls to them. The mother hens are very secretive and careful about instigating the process. The hens only call when they feel it is safe for their young to leave the nest. This year, our team's best attempts at deducing the timing of 'wood duckling departure' did not quite succeed. However, I hope we all agree that any time spent outdoors observing nature is a positive, self-reinforcing experience which is certainly worth the investment.

Hopefully, next year our luck will improve!

By the way, it is interesting to note that our first sighting of a Wood Duck duckling last year was on May 14th. This year it was on May 13th. Nature's timing is certainly amazing! 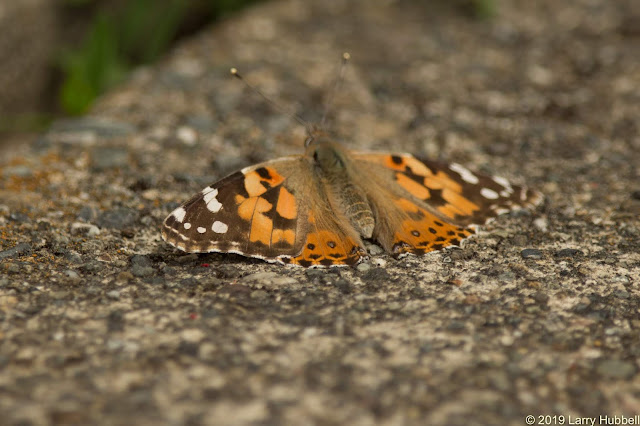 Is this a native or non-native butterfly?

An American Painted Lady: It is native. Apparently, related Painted Lady butterflies exist in many places around the world.