The following is an open letter addressing the killing of three coyotes in Laurelhurst. If you agree (or disagree) with my perspective please feel free to inform Director Woodruff of your opinion. I have also be sent the following directly via email to:

I was extremely disappointed to learn that three coyotes were killed last week, near Union Bay, in the Laurelhurst neighborhood of Seattle. Historically, humanity's fear and ignorance of wild creatures has often led to killing and extermination. My fear is, if we do not learn to coexist with wild creatures then future generations will live in a dismal world of crows, concrete and mechanical contraptions.

My personal goal is to promote harmony between nature and humanity, specifically around Union Bay which includes the Laurelhurst area. My blog about nature-in-the-city is called, Union Bay Watch. I believe that if we pay attention to wildlife, and treat wild creatures intelligently, we can find ways to coexist.

A few weeks ago, I met one of the adult coyotes on the trail in the Union Bay Natural Area. Given the time of the year and because the coyote was out and about at mid-day, I suspect it was looking for food for its young. The coyote turned and fled into the brush as I approached. A perfectly acceptable response from a truly wild creature.

Because of my blog and my local interactions, I have talked with many different people who have seen the coyotes. No one who I spoke with mentioned any aggressive behavior. I truly believe the majority of the local people have been excited and happy to have coyotes as neighbors. I hope we can all agree that killing wild creatures should be a last resort.

The information I have read and the reaction from the neighbors causes me to seriously question whether extermination was warranted. The only justification I can find for the killing is, as reported on King5 News, "Wildlife services received a request to assist in the management of several coyotes near the Laurelhurst neighborhood in Seattle. The coyotes had become increasingly aggressive towards people and pets in the area."

This statement leaves a lot to the imagination. I admit I do not know the details. I can however make a couple of logical assumptions given the information provided.

a) Since no injuries to humans were reported, I suspect the coyotes did not injure anyone.

b) Since no injuries to pets were noted, I suspect the coyotes did not injure any pets, either.

If the coyotes did not injure any humans or their pets then I wonder, What exactly did they do? What does "increasingly aggressive" really mean?

The Washington Department of Fish and Wildlife provides an extensive online resource entitled, Living with Wildlife. The highlighted link goes directly to the specific portion of the site related to coyotes. The site lists many non-lethal options.

Our Canadian friends propose a simple three-step process for learning to deal with coyotes. The Stanley Park Ecological Society says, "1) Be Big, Brave and Loud. 2) Never Feed. 3) Spread the Word." They have additional links and information on their site, Co-existing with Coyotes. Please note that they even have an educational program for K-7 students. If our northern neighbors can teach their kindergarten students how to safely encounter coyotes I suspect we should be able to do the same.

Was education given a fair chance? I have read nothing which implies that the folks in Laurelhurst were provided instruction on how to co-exist with coyotes. The next time your organization is contacted to resolved an issue with coyotes, I sincerely hope you will ensure that the community as a whole gets to participate in the process and that the educational alternatives are fully exhausted.

Thank you in advance for your thoughtful consideration of this issue.

Does anyone happen to have a photo of the coyotes they would be willing to share? 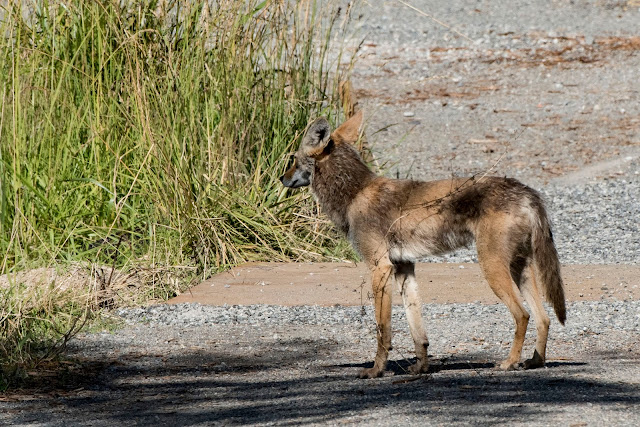 Thank you to Doug Parrott for sharing his coyote photo taken on June 26th at the Union Bay Natural Area.

From the folks at The Laurelhurst Blog.

Here is the post the Laurelhurst Blog did on Friday about the killings:

And here are posts about coyote sightings: 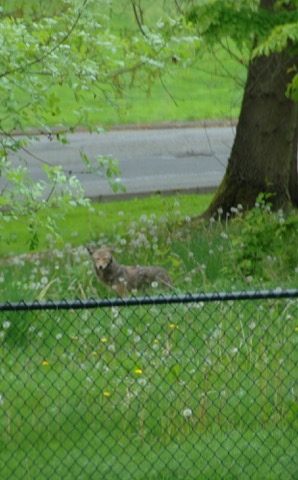 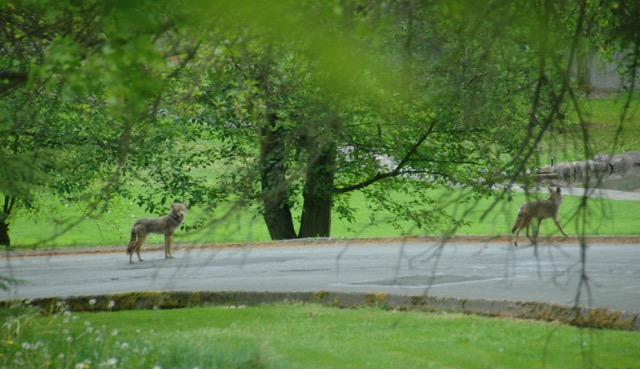 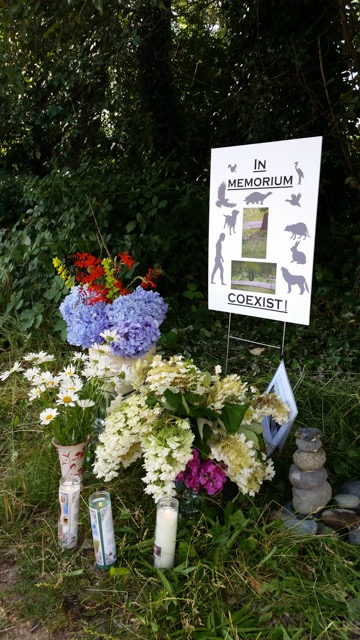 Also here is the link to Jim Robertson's wonderful coyote photos which he provided in the comment below.

Posted by Larry Hubbell at 9:58 AM