A Match Made In Heaven 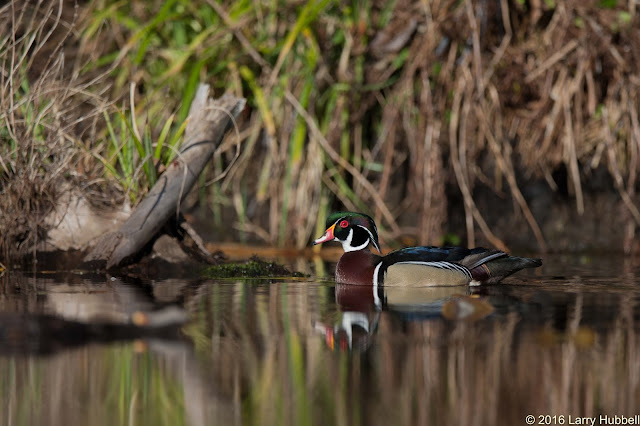 As children we are taught that ducks go "quack-quack", dogs go "bow-wow", cows go "moo" and roosters go, "cock-a-doodle-doo". During our early years life is simple. We cry to be fed or changed or just for entertainment. I am sure my children must have been entertained by their parent's frantic efforts to make their lives perfectly happy.

As we get older we realize not all ducks go "quack-quack". For example, wood duck calls are more similar to the cries of a child - Click Here to hear their whining. As we mature, we find that life is not simple. We deal with the growing awareness that our parents don't have all the answers. The positive side of this enlightenment is realizing that if we stay curious there will always be more to learn. 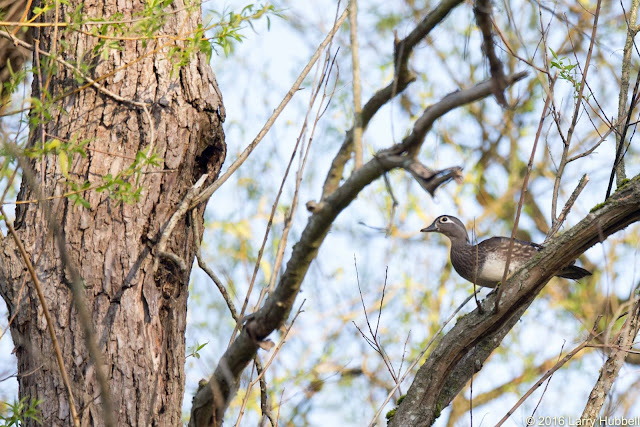 A few years ago I learned that in the spring wood ducks take to the trees. The females are searching for safe sites to nest. So last week, I was not shocked to see this female wood duck carefully considering a knot hole in a willow tree. 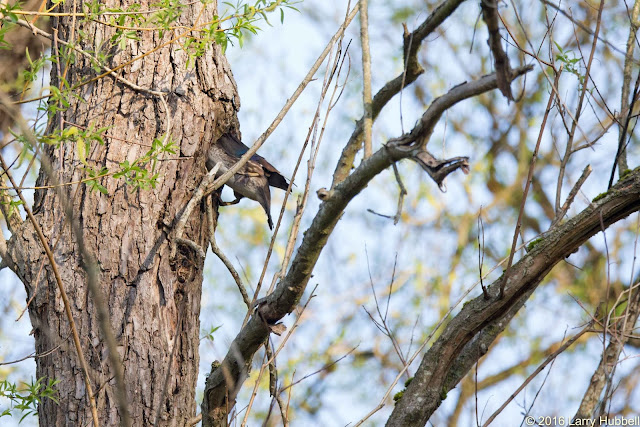 She really had to work to force her way into the tree. A safe nesting site can be worth the effort. You can see more of these types of photos in a 2013 post, entitled, "Ducks In Trees." 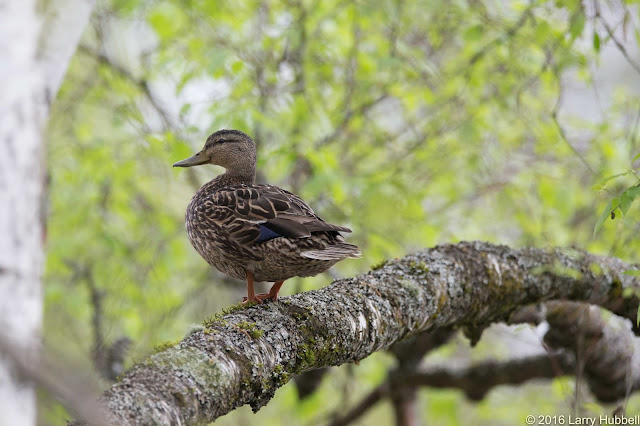 On the other hand, earlier this week I was surprised to find this female mallard sitting on a birch branch - higher than my head. I often see mallards climb onto logs laying in the water but I do not ever remember seeing a mallard in a tree. My immediate thought was, "What is she doing?" 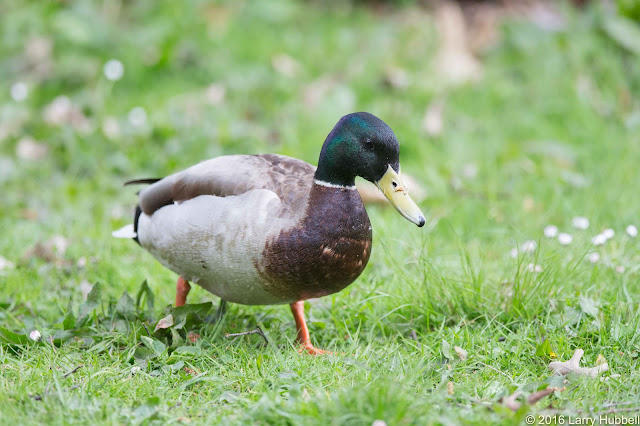 A moment later I noticed a male mallard wandering through the grass around the base of the tree. My second thought was, "This time of year the males are aggressively chasing the females and attempting to mate, maybe she is just looking for a little peace and quiet."
The normal alternative for a female mallard to escape a male's affection is to take to the air and fly, but a male can easily follow and I am sure flying must be tiring. 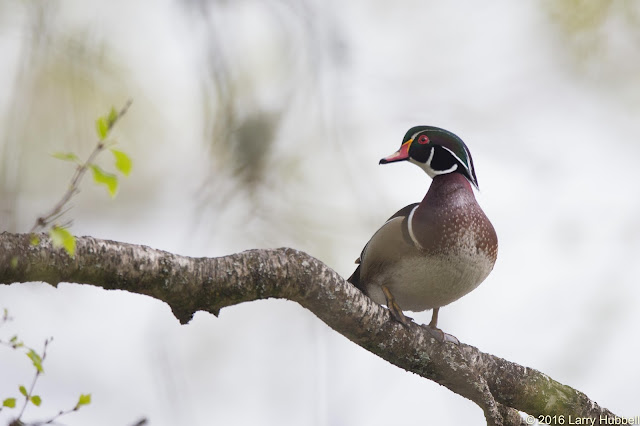 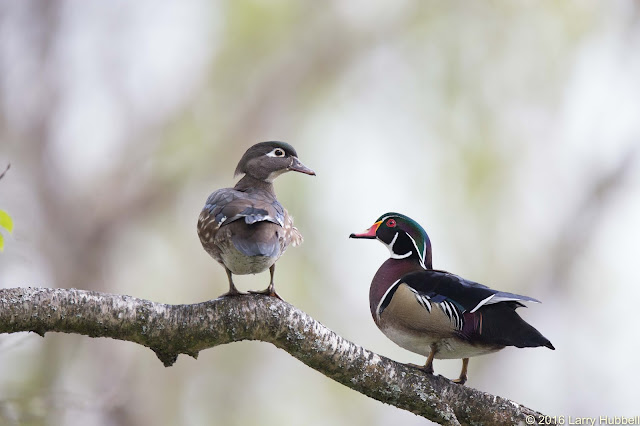 While I watched, a female wood duck landed directly in front of the male momentarily breaking his line of sight to the female mallard. 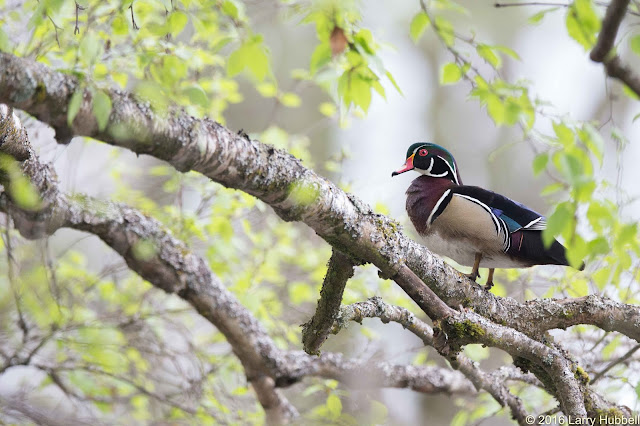 Much like a child who is fixated on playing with a new shiny object, the male wood duck flew to the female mallard's branch. 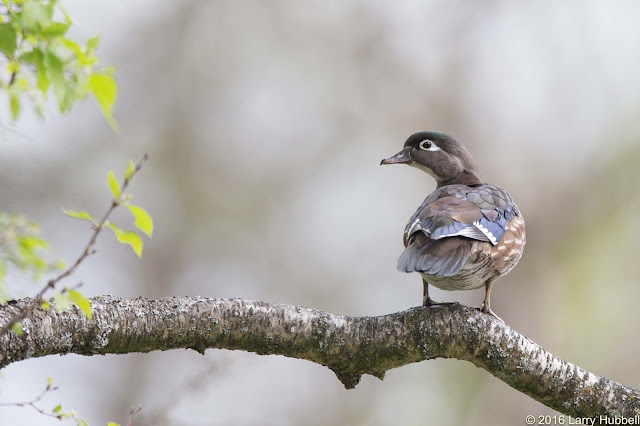 As I mentioned in last week's post, I find it hard to read a bird's facial expressions. As he left, the female wood duck's careful observation of the male made me think she felt a little frustrated and left out. 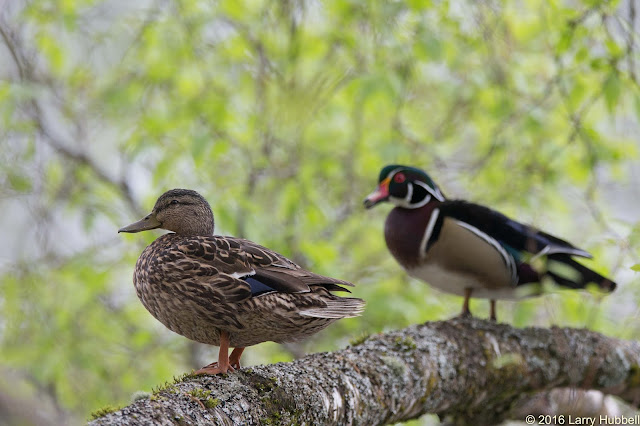 As the male wood duck edged closer and closer, the female mallard took to the air. The male mallard immediately took off from the ground and followed the female. I was ready to move on and write this episode off as a unique curiosity.... 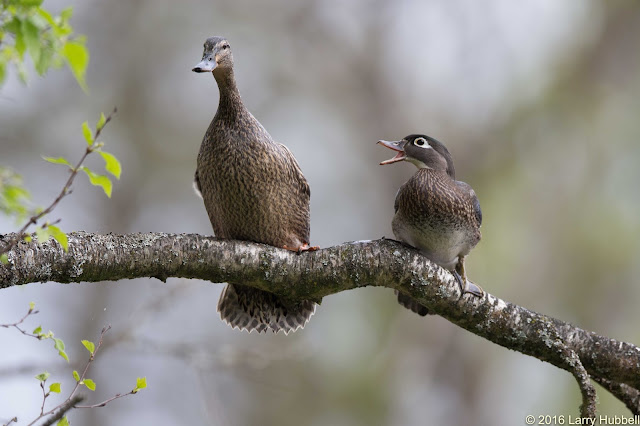 ...when a second female mallard landed beside the abandoned female wood duck. Mallards can weigh almost twice as much as wood ducks, so the wood duck's reaction was a bit of a surprise. 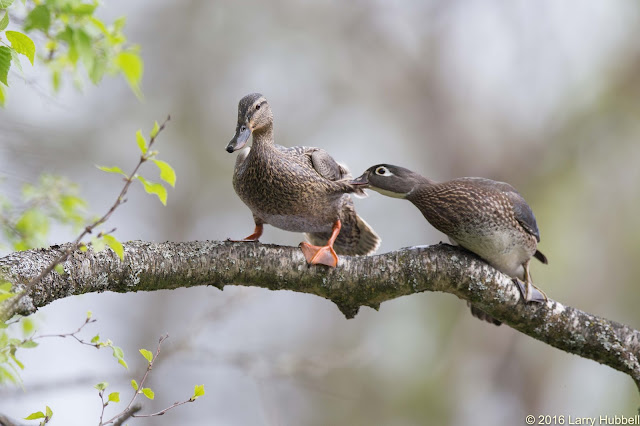 The female wood duck was apparently not in a happy state of mind. She was not intimidated by the size of the mallard. 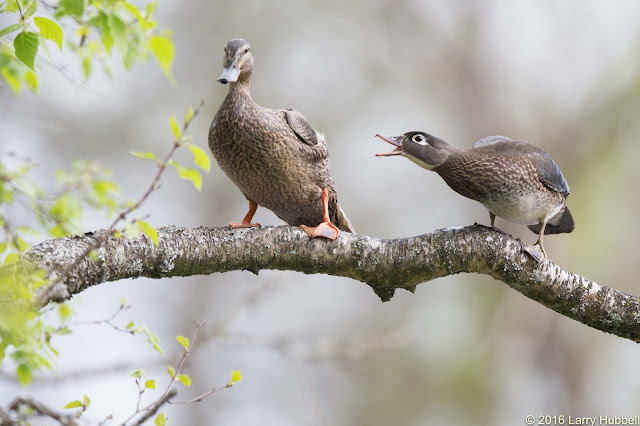 The mallard got the message. 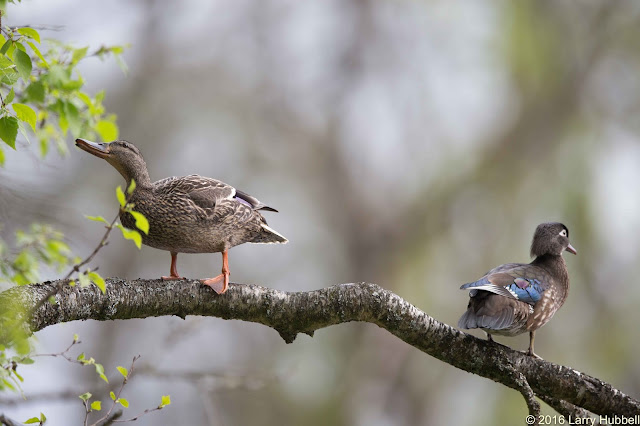 The mallard moved away and gave the appearance of considering the birch leaves as a potential food source. At this point the frustrated female wood duck decided she had made her point and a change of scenery was required. 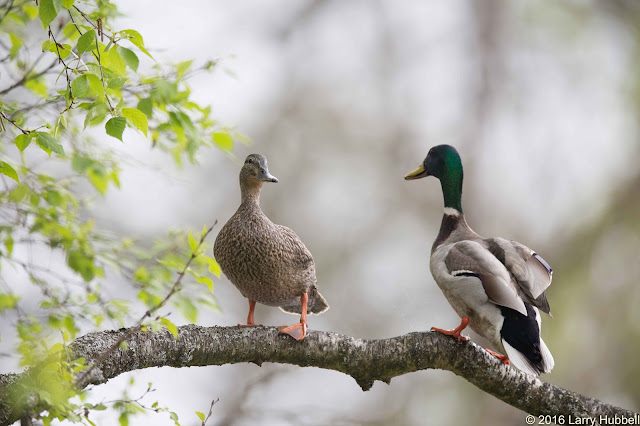 In a surprising twist, a male mallard developed the courage to follow the object of his desire and landed next to the female mallard. 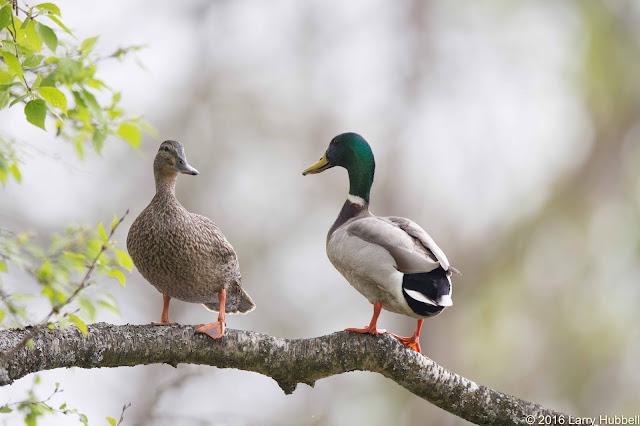 The body language of the two mallards seemed to imply mutual acceptance. Their behavior left me wondering, was I the first person to observe the mallard equivalent of - a match made in heaven.

This morning I took the time to look up mallard behavior in the online resource, Birds of North America. I found the following in reference to mallards, "...Does not regularly alight in trees, but can perch on elevated sites under special circumstances; e.g. when female tries to evade harassing males in spring.." (Please see the citations below.)

Currently, spring is truly in the air. Birds are nesting on the ground, under bushes, in the trees and just about any place you can imagine. It is a wonderful time to get outside and observe the wonders of nature and the surprisingly varied behaviors of wild creatures. It is actually reassuring to realize that for as long as we live, there will always be more to learn. It is a great time to fan the flames of your curiosity!

Have a great day on Union Bay...where nature is full of surprises!