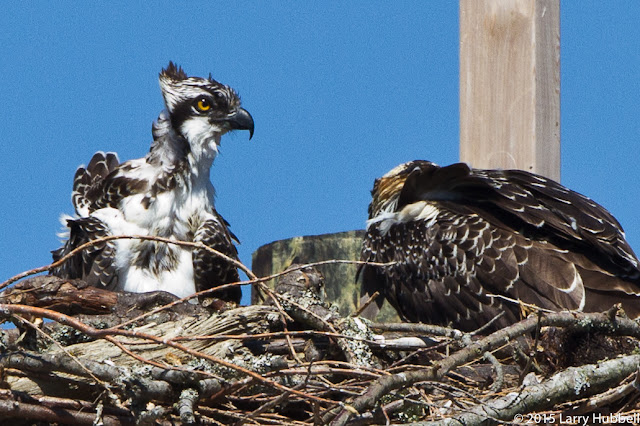 Young osprey are one of the most beautiful creatures on earth. 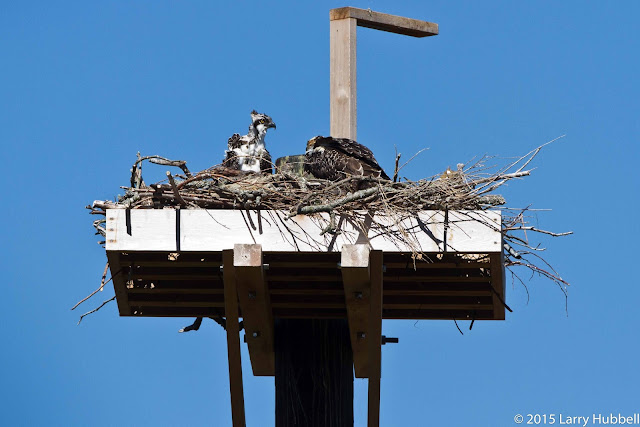 This photo was taken in 2012 near the Ballard Locks. This nest was relocated from a nearby railroad trestle. The railroad company installed the pole & platform and moved the nest while the osprey were wintering in Central America. The next spring, the osprey easily adapted to the new location.

Note: U.S. osprey migrate to Central and South America each winter. Which means their young have a very small window of time to add weight, learn to fly, and develop enough strength to cover thousands of miles, in order to reach their winter feeding grounds (or waters). 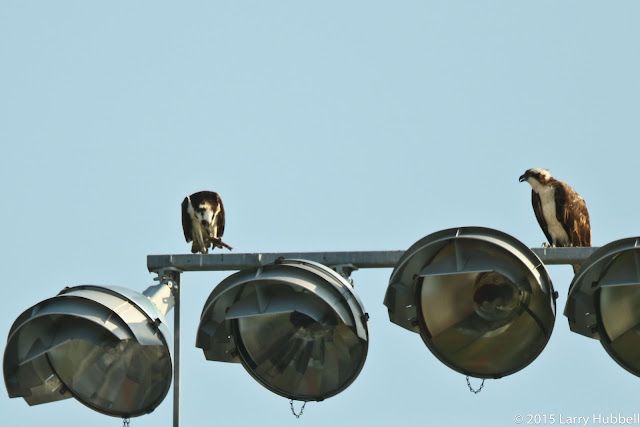 For the last month, a pair of osprey have been frequently feeding, mating and… 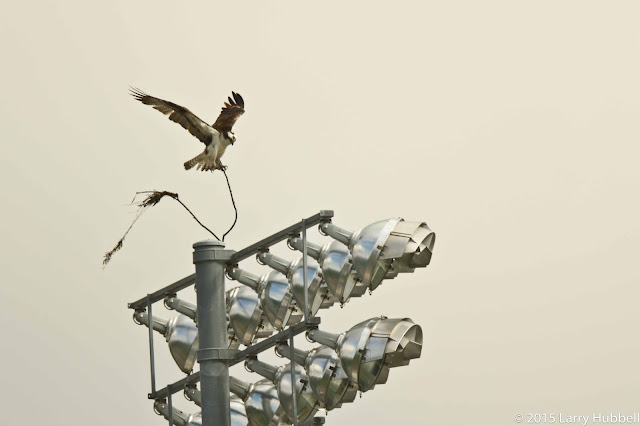 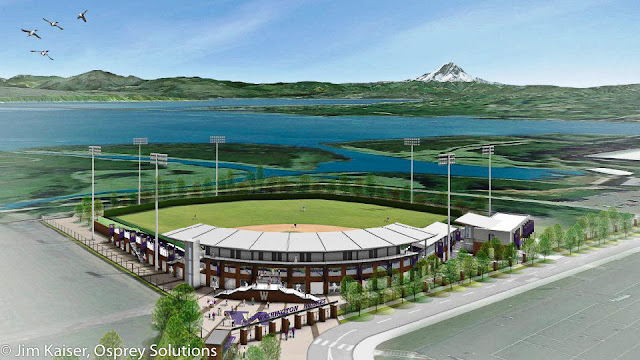 ...above the new Husky Baseball Stadium.

Osprey have consistently been seen around the Union Bay Natural Area, next to the baseball field, for at least 10 years (eBird). On May 13th, Dean Pearson, a groundskeeper for the UW Athletic Department, reported, "...They have been so much fun to watch. Lots of activity!…"

However, falling branches and fish entrails may not be as fun for the fans as baseball bats and hot dogs. This creates a modern-day conundrum, how do we coexist with the osprey? 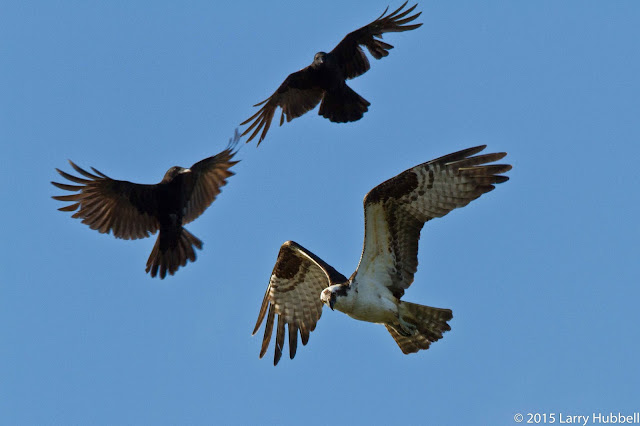 If you share your home with someone, you may have learned that understanding each other is the first step towards harmonious co-existence. If you only know one thing about osprey, it should be, osprey love fish. Fish are more than 99% of an osprey's diet. This photo shows an hovering osprey searching the waters of Union Bay for food. 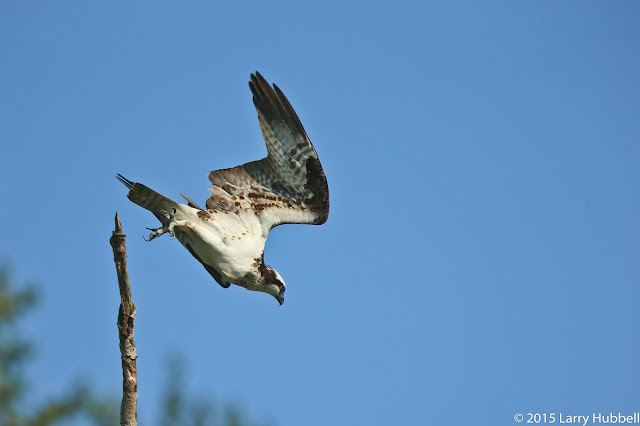 Osprey are specially adapted to capturing fish. When leaving a perch, the osprey's initial approach may look similar to an eagle's gentle swoop; however, unlike eagles, osprey dive straight down into the water. 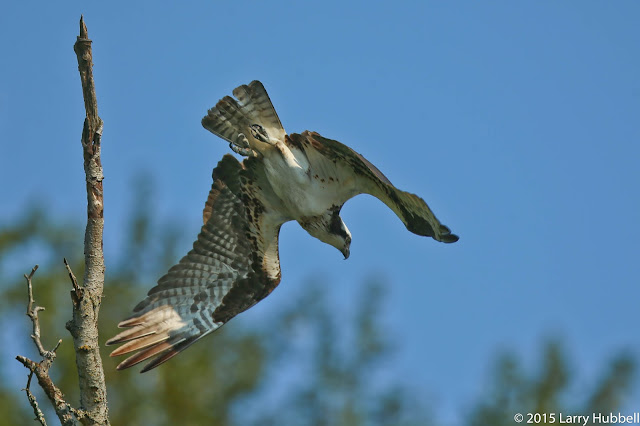 Just prior to hitting the water at full speed, osprey throw their feet forward. With their legs parallel to their necks their talons hit the water first. Pads on their feet are covered with sharp spines (spicules) to secure the fish. Each foot also has a reversible toe which helps optimize their grip.

Unlike eagles, osprey can dive as deep as three feet into the water. Their powerful wings,  water-resistant oils and relatively small bodies enable them to lift off with a fish, even after being fully submerged. Once airborne, osprey carry their catch aerodynamically aligned with their bodies, while eagles are indifferent to the airflow and often carry their prey parallel to their wings. 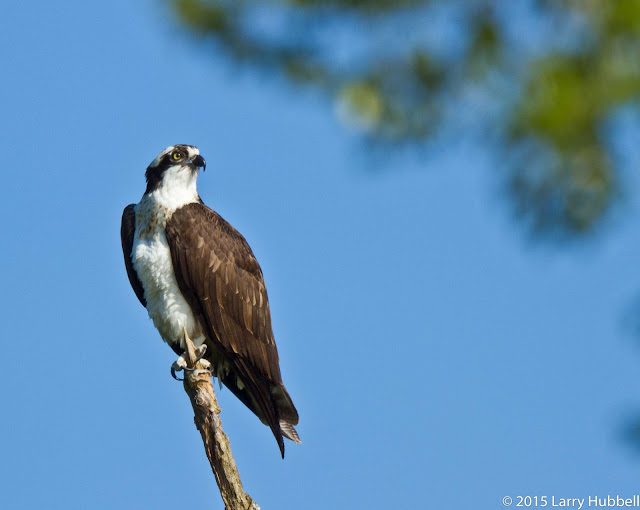 The water in front of the Shell House, just south of the baseball field, is relatively shallow and usually clear, which makes it very attractive to osprey. From their point of view, it is similar to a flashing neon sign that says, "Eat Here, Eat Here!"

The light poles provide the visibility the osprey desire for consuming the fish and nesting. Since the removal of the tall snags, along with the old-growth forest that previously surrounded Union Bay, the osprey have adapted. They are increasingly using man-made structures as nest sites. You can read more about it in this USGS fact sheet. 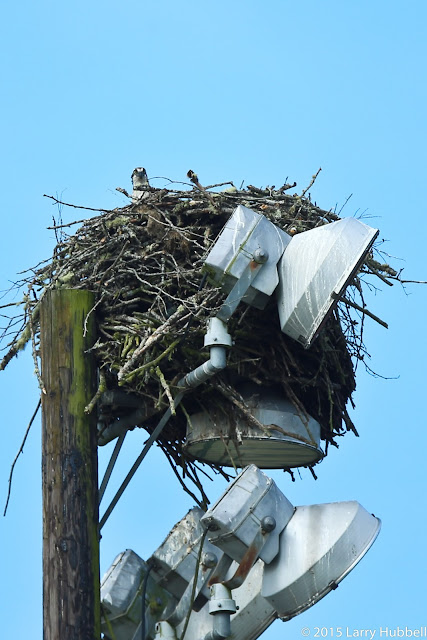 Here is an example: this photo was taken last year on Whidbey Island. This was an established nest above the track at the local high school. Jim Kaiser, from Osprey Solutions, said it weighed around 500 pounds. The school officials, no doubt, became concerned about the potential for falling nest material and the possible fire hazard, not to mention the biohazard from having excrement and fish parts on the track.

Last winter, Jim worked with the school and a number of other local organizations, e.g. Kitsap Audubon for one,  to erect a pole and platform at a more appropriate, nearby location. Yesterday, the South Whidbey Record reported, what my friend Dan Pedersen had already noted, the osprey have returned and are happily nesting at their new, safer, location.

Jim states it is easier, cleaner, and less expensive to attract the osprey to an appropriately located platform, before the osprey get their nest established. 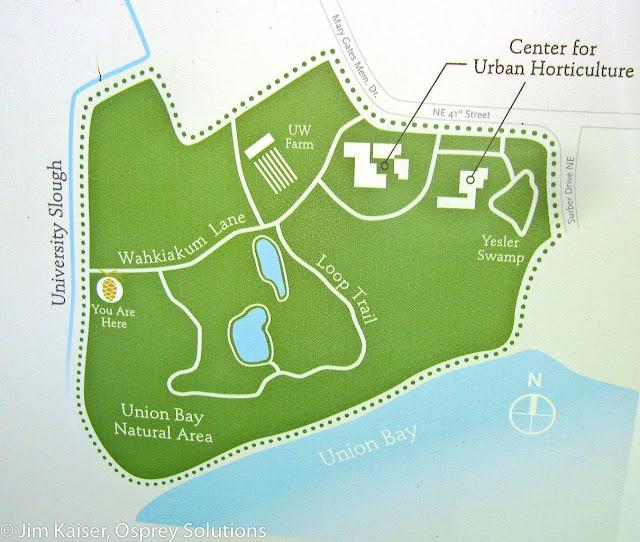 Immediately east of the baseball field, in the southwest portion of the Union Bay Natural Area, just south of the old parking lot, is one such location. The parking area is already scheduled for 520 environmental remediation. 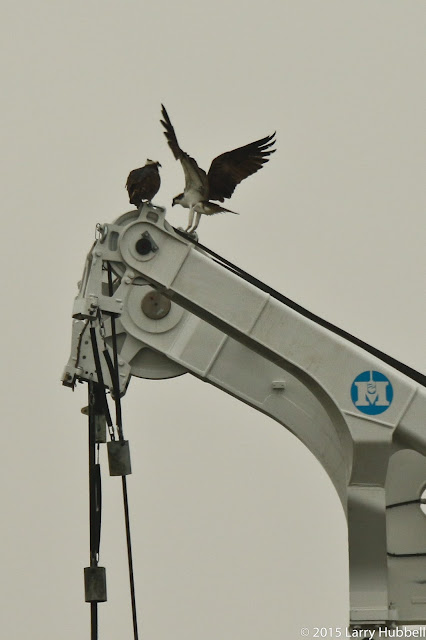 Last week, the osprey were seen hunting from one of the 520 cranes and in past years they have been seen hunting from snags in the area near the construction. It would seem appropriate to utilize a small portion of the 520 remediation funds to install a nesting platform for our Union Bay osprey.

The osprey would be the big winners in this situation; however, there would be others who would benefit as well;


Please consider forwarding a link to this post to anyone you know who may be able to help facilitate a solution for the osprey. Thank you!

Have a great day on Union Bay…where osprey hope to nest!

A small sample of nesting platforms provided by Jim Kaiser and Osprey Solutions: 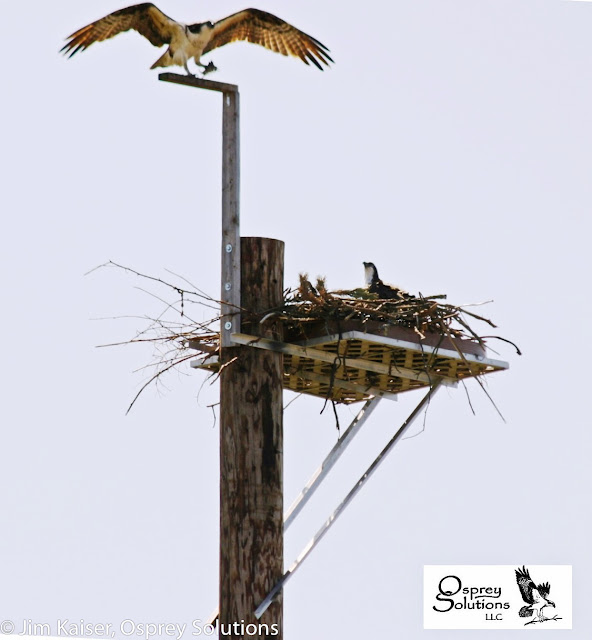 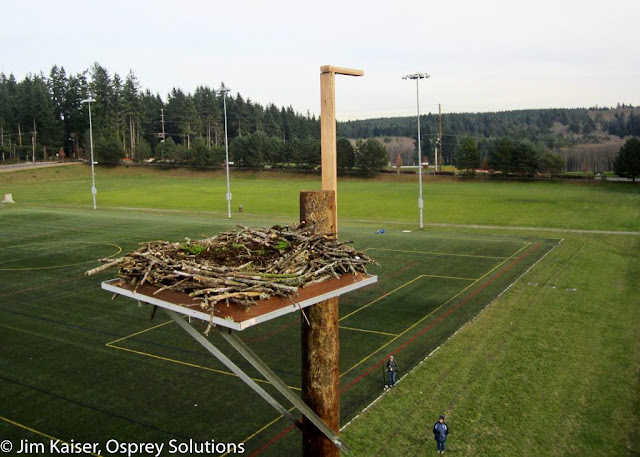 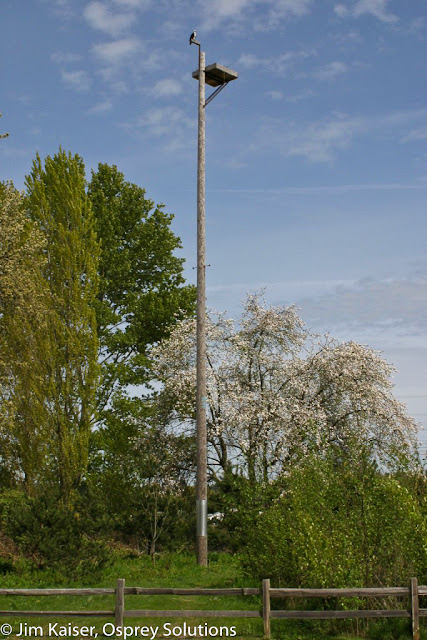 Here is one more example in Tukwila.

Posted by Larry Hubbell at 4:20 PM