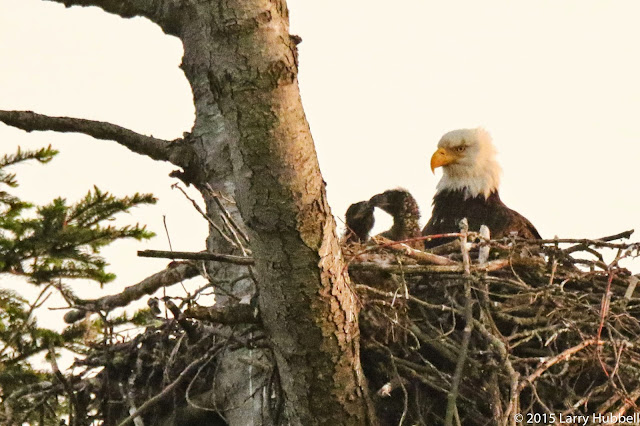 A new pair of eaglets were barely visible in the Broadmoor nest, on Monday. 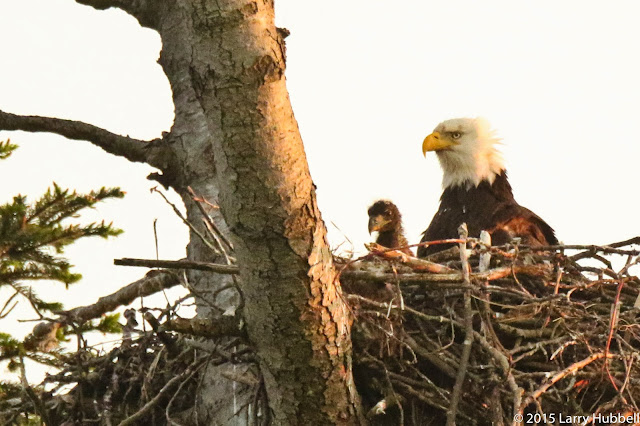 Last year the 520 eagles, commonly called Eva and Albert, appeared to spend time on the eggs but no eaglets arrived. It is reassuring to once again see new life in the nest. 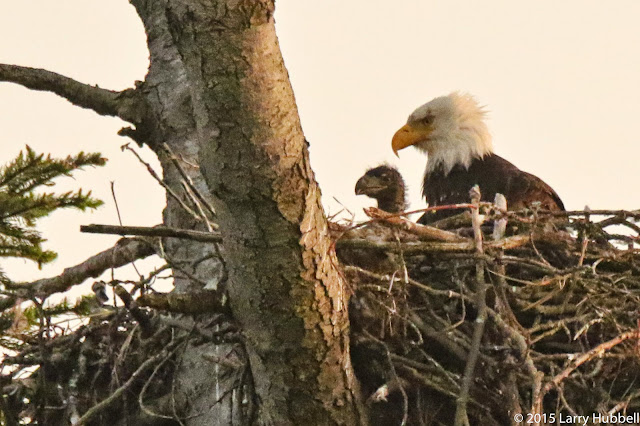 Happily, the eagles not only overcame last year's failed attempt, but also do not appear stressed or distracted by the 520 construction. They are even still hunting from the old 520 light poles. 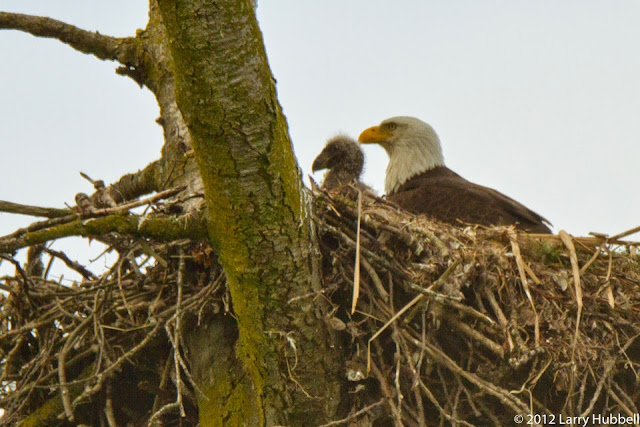 The eaglets appear to be approximately 2 weeks ahead of schedule, when compared to this June 2nd photo from 2012. 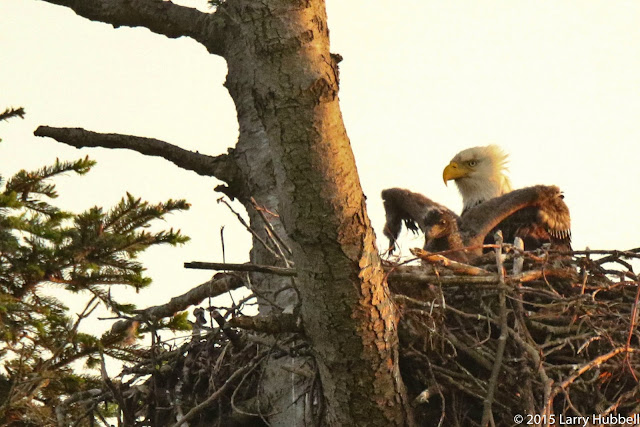 It is interesting to note the condition of the young eaglet's wings. The initial "feather" covering looks more like soft warm fur. Warmth is important given the wind and exposure in the nest. The eaglets will grow and change rapidly over the next few weeks. By Independence Day the eaglets will look a lot more like the parents, although it will be four or five years before they are fully mature with white heads and tails. 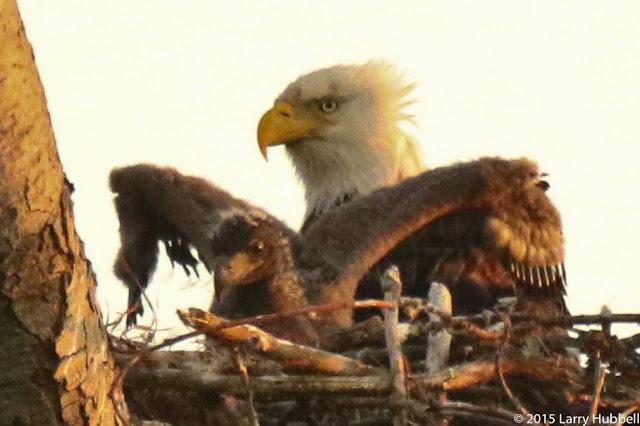 On closer examination you can see the cores of new feathers beginning to extrude from the wings. These wings are not yet capable of flight, so it is critical that the young birds remain in the nest. The nest is about hundred feet above the ground. Even though the grass on the golf course looks soft, the eaglets would be unlikely to survive a fall. 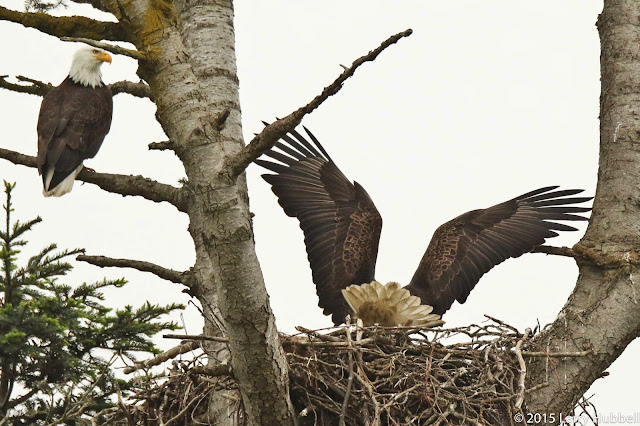 Albert watches when Eva returns with a fish. The waters of Union Bay are providing plenty of food for the growing family. 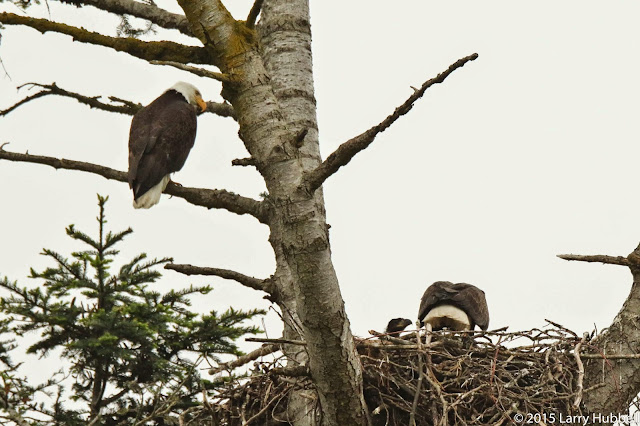 The young have apparently learned to eat on their own, as Eva did not parse out pieces as she has done in previous years. 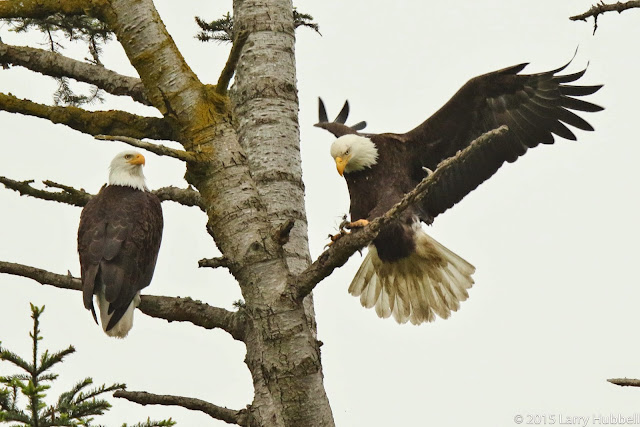 She dropped the fish and flew to a perch just above the nest. Most of the time one or both of the parents remain in the nesting tree to protect the young. Crows have been the only creatures seen observing the nest. The crows are noisy, but they stay out of reach of the parent's beaks and talons. 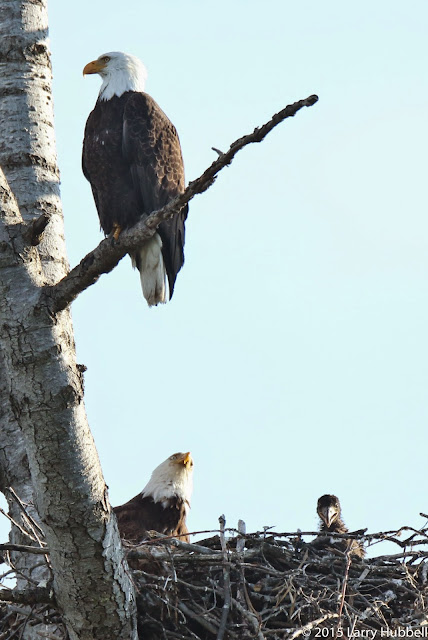 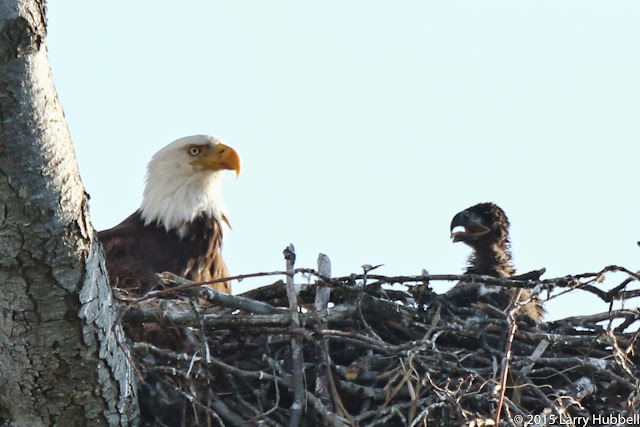 Someone passing by remarked that the young eaglets look a bit like dinosaurs. The resemblance is amazing. 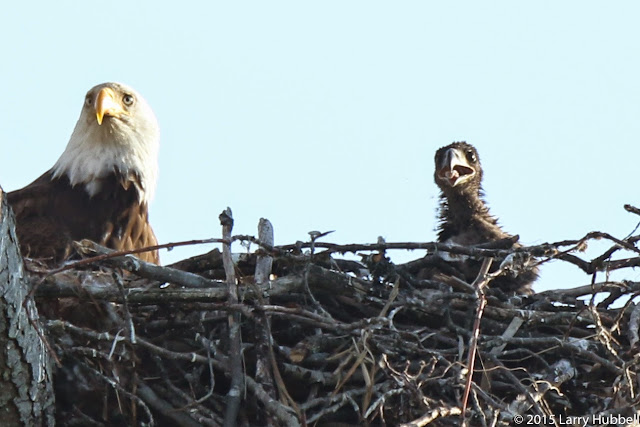 We are very lucky to share our city, and our planet, with these incredible creatures. 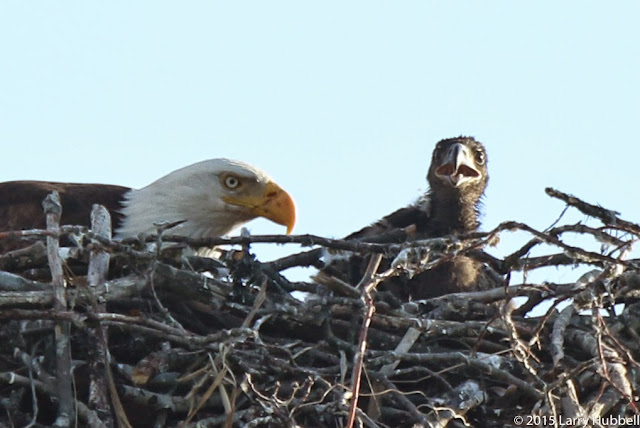 Eva must be able to tell the eaglets apart. I wonder if she has names for them? We cannot know her thoughts, but the mothering instinct is obvious.

The 520 eagles had two eaglets in 2012, one in 2013 and apparently none in 2014. Their stories and photos can be viewed by clicking on the following links:

The Eaglet Flies - What's Next?

Have a great day on Union Bay…where eaglets live in the city!