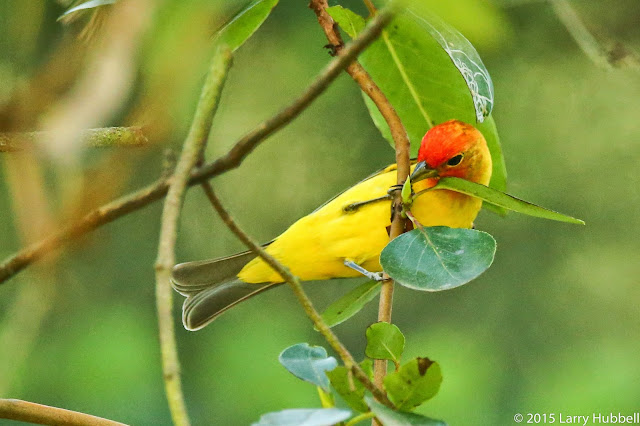 The bright yellow color of a western tanager always brings a smile to my face. When I see one I feel like I have been transported, from a dark northwest forest, to a sunlit jungle. According to Cornell's, Birds of North America, western tanagers spend their winters from Mexico to Costa Rica. During their spring migration, they transport themselves to our northwest tree tops. It almost feels like they bring the sunshine with them. 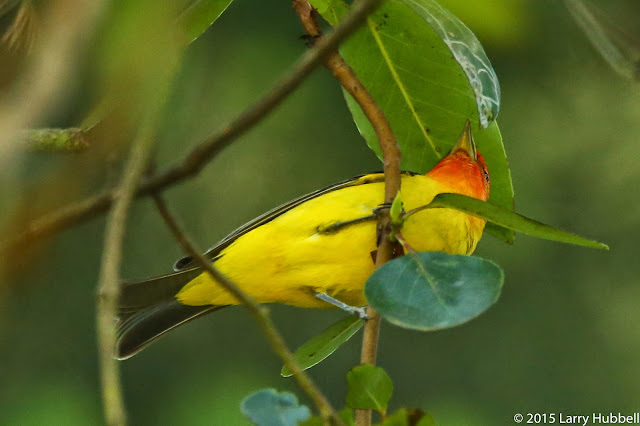 This male was searching for food in a pacific madrone tree in the Washington Park Arboretum, earlier this month. 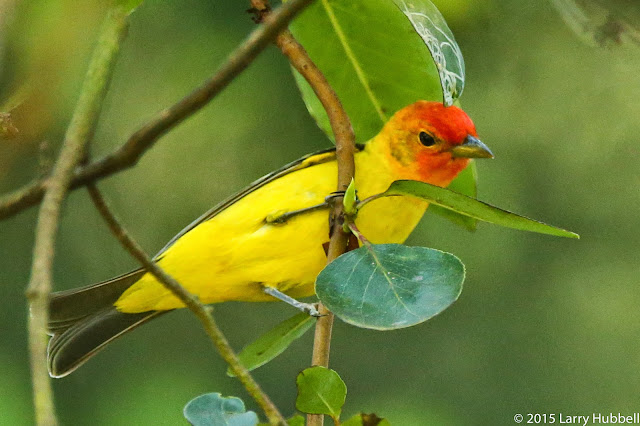 One of my photographic goals is to capture a bird in a pacific madrone tree, so that the bird and the tree, are both optimally displayed. These photos have not fully captured their combined elegance, but it was very exciting to be teased by the opportunity. 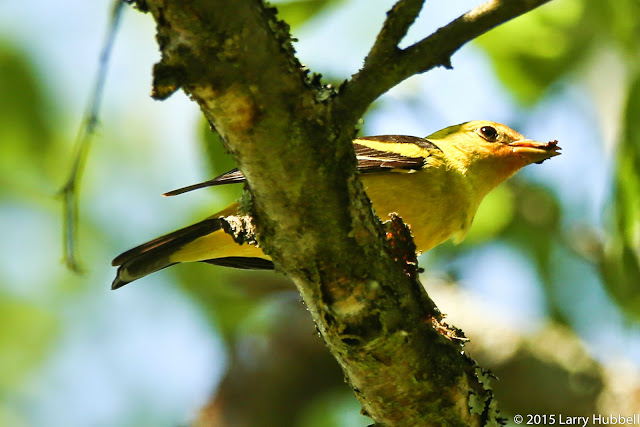 During breeding season tanagers, like many other birds, increase the insect portion of their diet. In Birds of North America, it mentions they sometimes remove the extremities before eating insects. 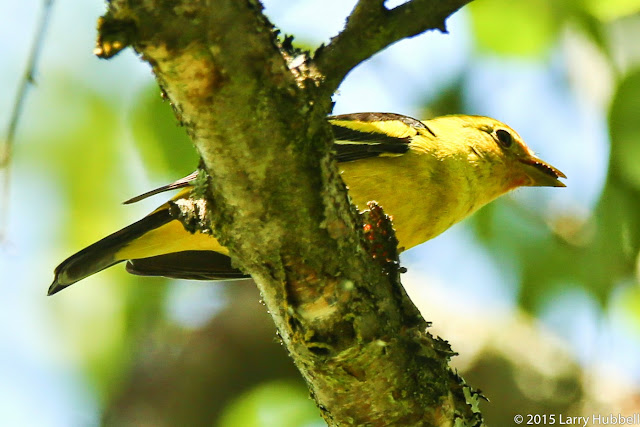 This photo makes me wonder if that is what has happened here. 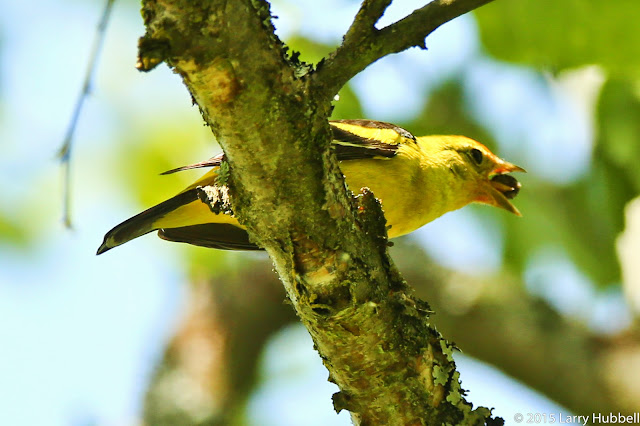 Either way, the bird was challenged by the size of its snack. 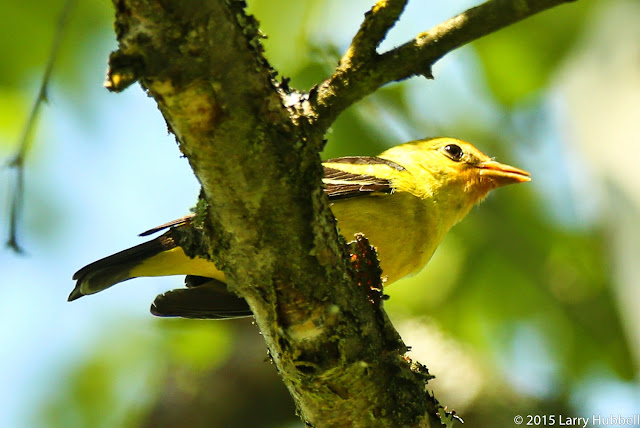 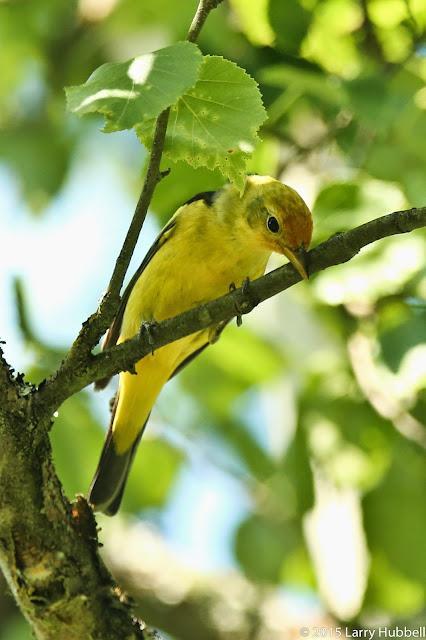 Afterwords, the tanager wiped its beak on a nearby branch. 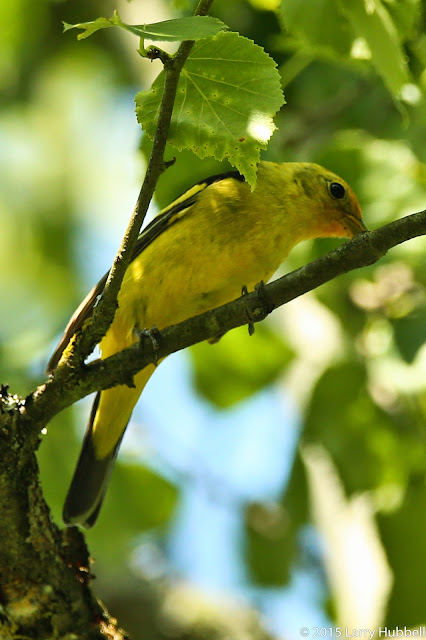 After cleaning one side, it also wiped the other, as well. This cleaning method is surprisingly widespread among birds. Off the top of my head, I can remember seeing hummingbirds, barred owls and bald eagles do the same thing, just after eating. 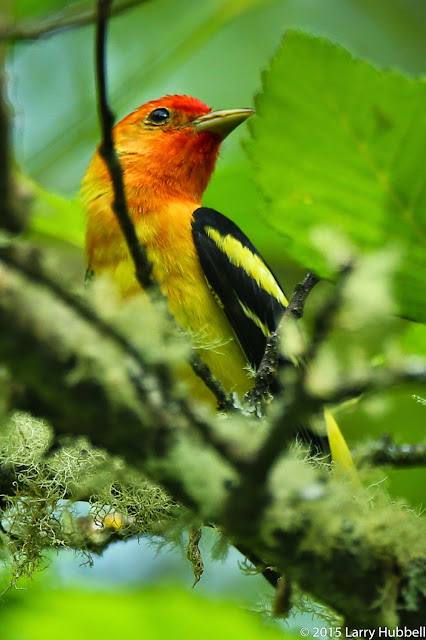 While with my brother in southern Washington earlier this week, I was lucky enough to encounter western tanagers once again. 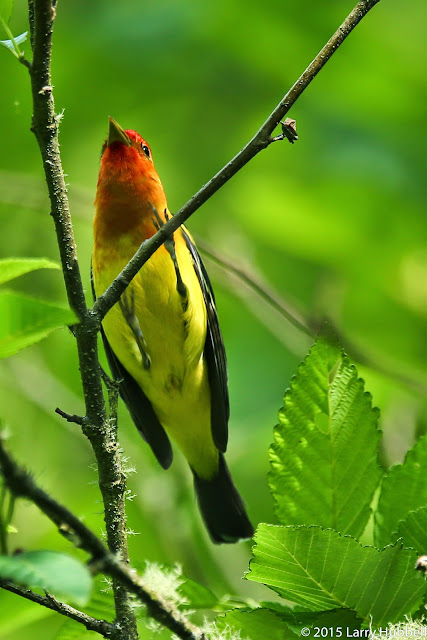 Even though they are bright yellow and fairly common, they can be hard to notice as they work their way through the tree top foliage. Here we were lucky that they descended into a relatively small, red-alder tree. 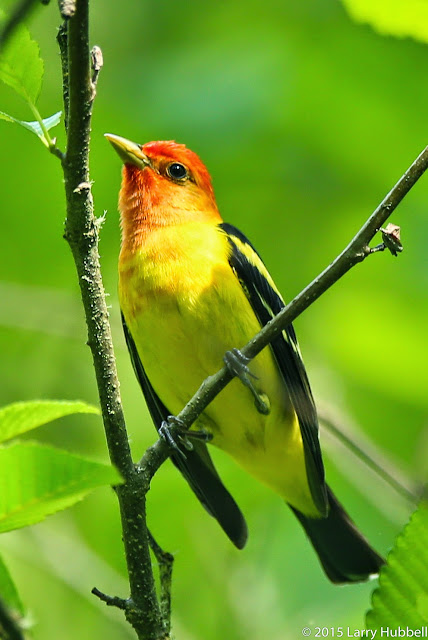 It is also interesting to notice how the red color on this bird's neck was greatly reduced by the sunlight, especially compared to the prior photo, when its head is shaded. 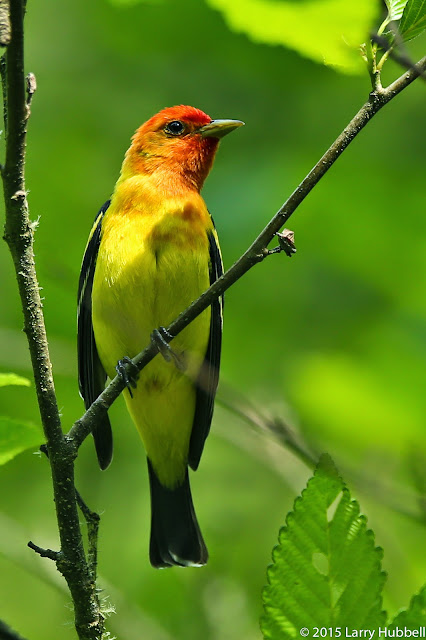 An alternative way to find western tanagers is to listen for their songs or calls. I still have a lot to learn about bird sounds, but my initial understanding is that songs are generally longer and more melodic and may have to do with proclaiming a territory. While calls tend to be shorter and focus more on warnings and staying in contact with other birds. Given the complexity of bird behavior, I expect there may be exceptions.

To listen to the songs of the western tanager on Cornell's All About Birds, Click Here. They mention that the sound is similar to an american robin. To me, the tanager sounds like a robin with a sore throat who has been slowed by an overdose of cough medicine. 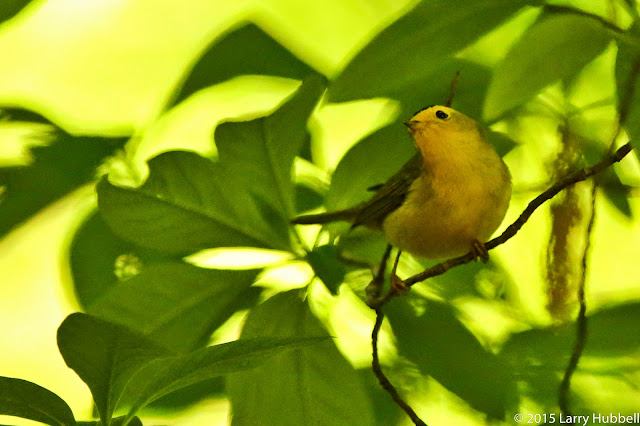 For the last few days, I have been noticing some smaller, yellow birds flittering about among the inner branches of the indian plums, in the Arboretum. These birds are also spring migrants from sunnier climes. 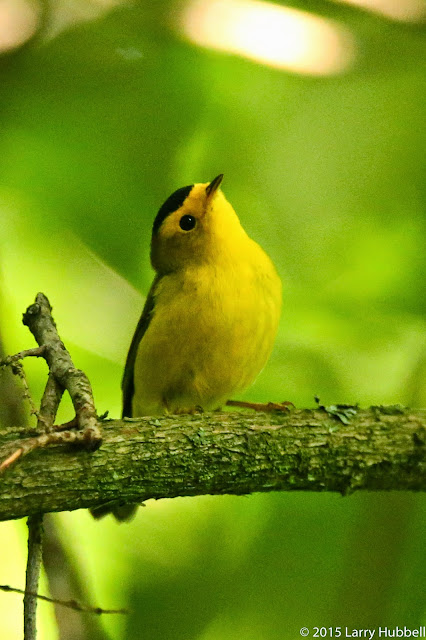 Their little black beanies give them away. They are Wilson's warblers. It can be hard to see them clearly as they flit back and forth among low lying branches. Occasionally, they will hop into the air and pick a tasty treat off the underside of an overhead leaf. One of the best ways to see them is to stop, and sit perfectly still under an indian plum, and then wait for them to come to you. This may seem like odd behavior, but the mental transport to a sunlit jungle makes it all worthwhile.

Have a great day on Union Bay…where the jungle comes to you! 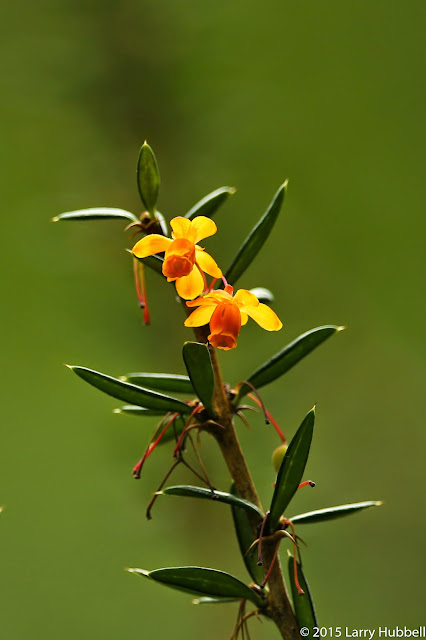 Here is an unknown sunlit flower from the Arboretum. I would love know what type of flower it is, if anyone happens to know. (ldhubbell at comcast.net) Thank you!