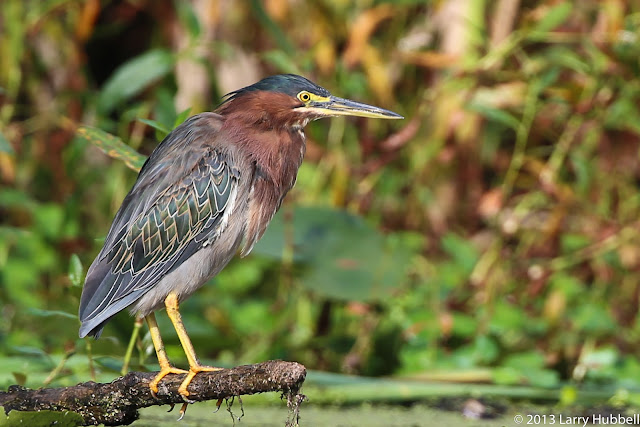 Generally, if you come remotely close, they will flush. Sometimes they dart back into the cattails and other times they will fly until they are out of sight. Then they land and stand a few inches above the water. They will stand in the same place for hours on end. Like an eagle perched in a cottonwood it might appear like they are doing nothing, but actually they are actively hunting. They are constantly scanning the water watching for small creatures that are unfortunate enough to swim with in their reach. 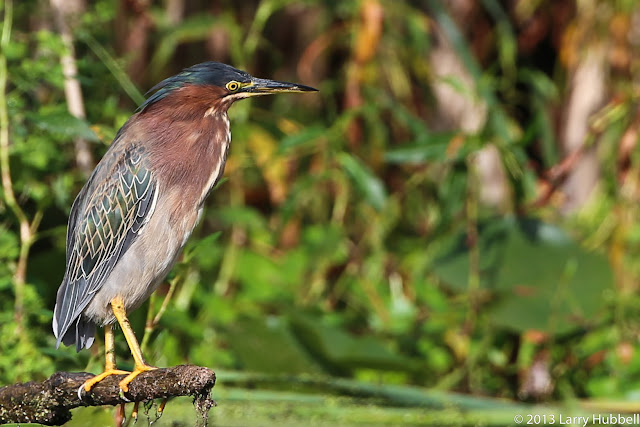 (An example of a successful hunt can be seem here.)

This is unlike their larger relative the Great Blue Heron which hunts with a bit more activity. The GBH generally wades slowly and deliberately through the water while hunting from its greater height.

On Union Bay the Green Heron is most likely to be seen from a kayak or canoe while it sits close to the water at the base of the cattails. However its coloring, small size and motionless hunting style can make it a somewhat hard to spot.

Yesterday, this bird spent nearly an hour perched on the same stick waiting for its next meal to approach. But even a patient bird can get bored and need to stretch and look around. 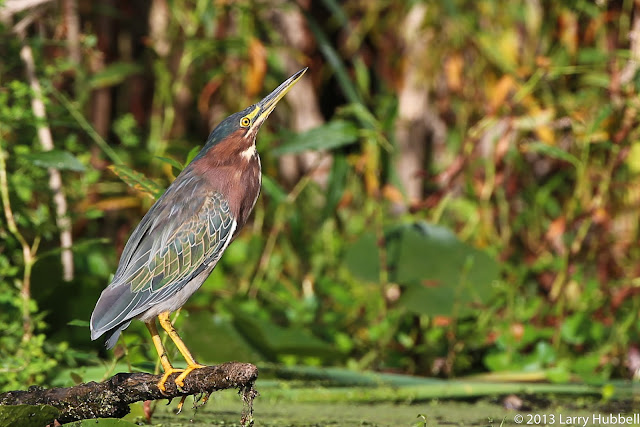 The photos above shows the most common shapes for a Green Heron. At first glance it appears to be a short-necked, short-legged and relatively-small bird. However unlike most other birds the GH is truly the master of its form.

When reaching to scratch its neck GH starts to give a hint about the length of its neck. 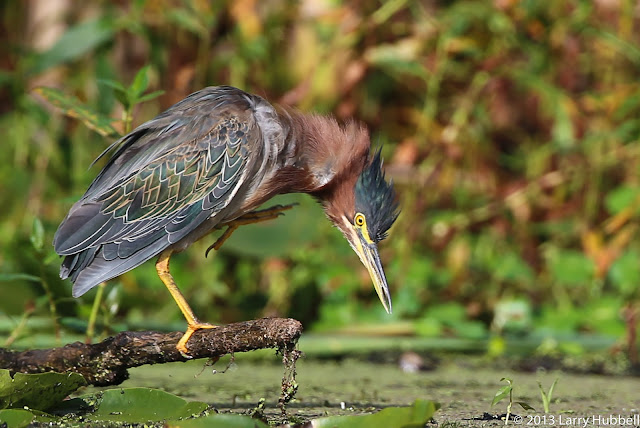 However the neck is a bit longer than one might expect. 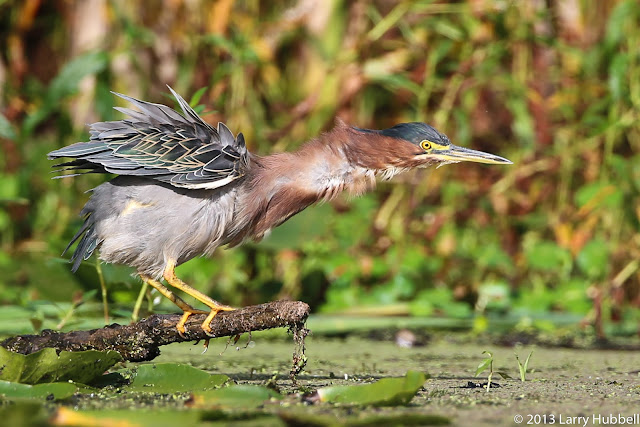 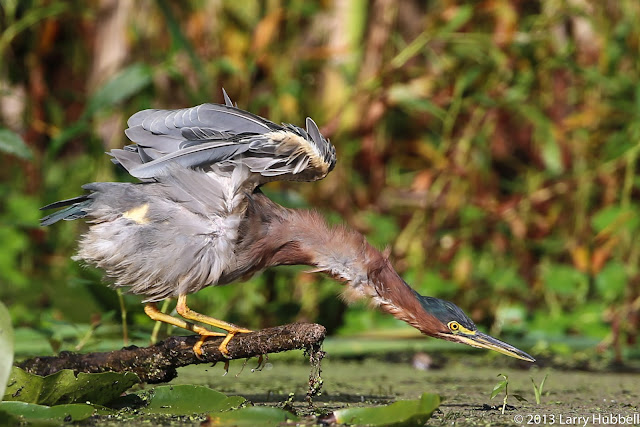 This long neck most certainly helps them to catch fish that would seem to be safely out of reach.

It can also be helpful with grooming.... 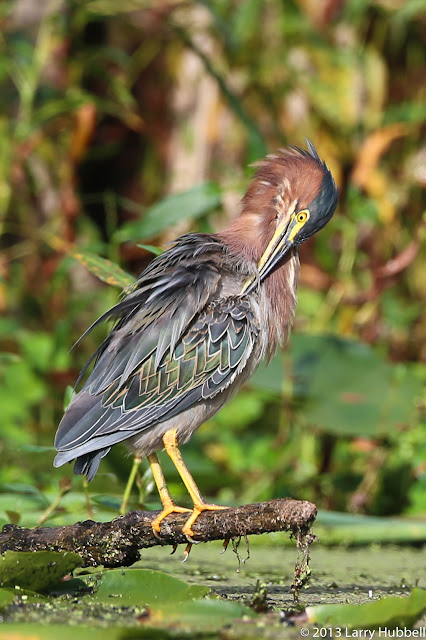 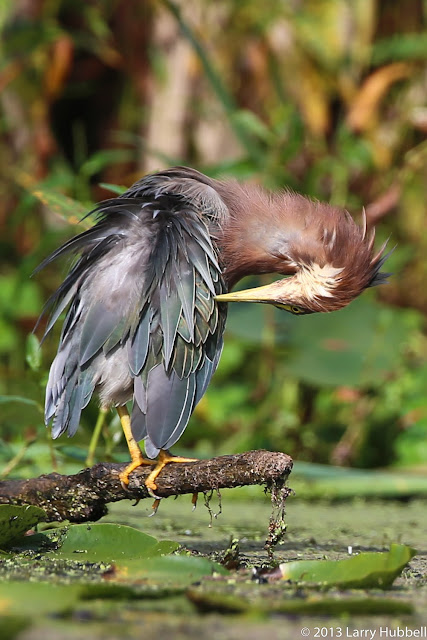 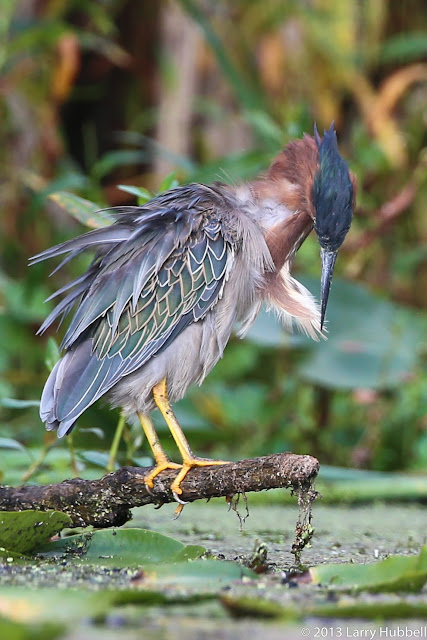 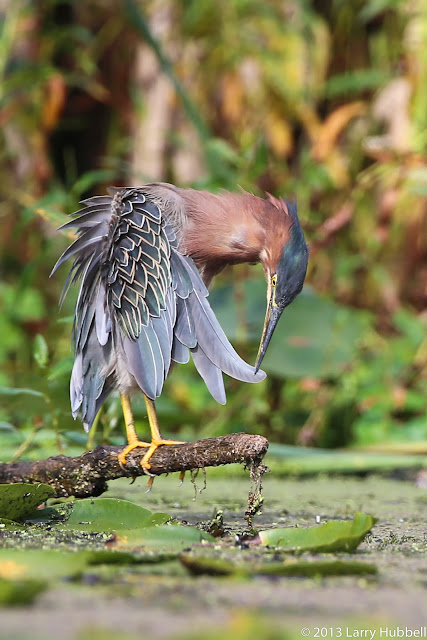 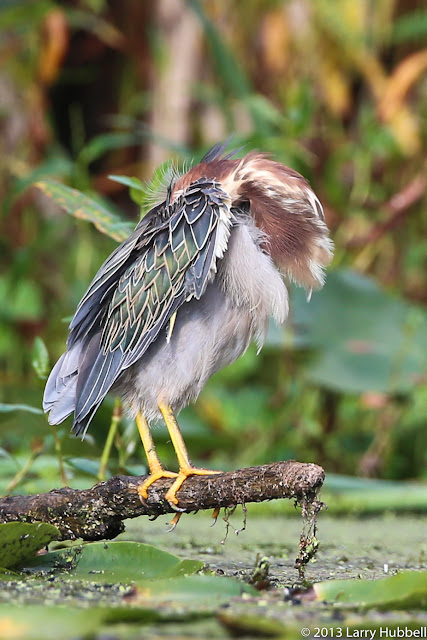 ...or when danger approaches. 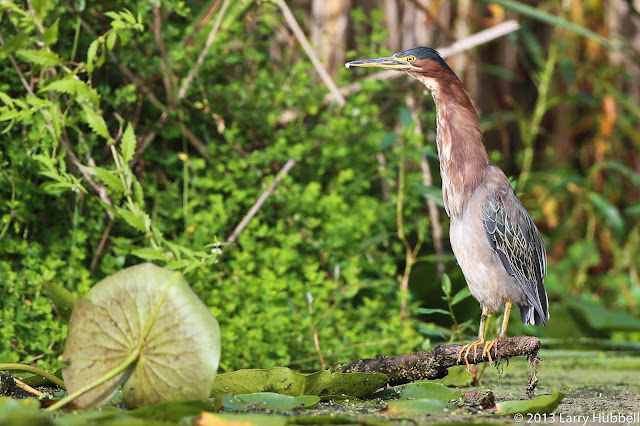 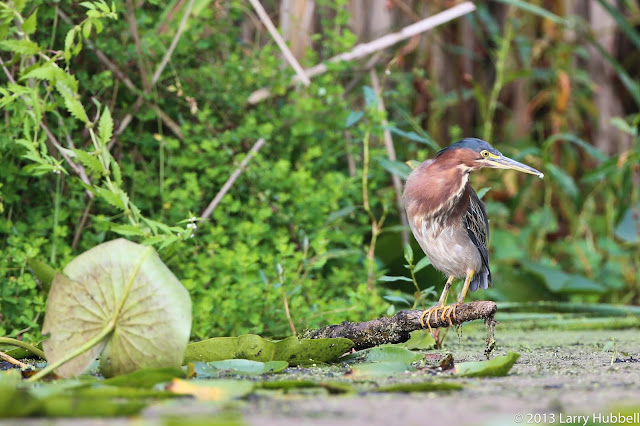 Surprisingly from this view one can see that the GH's legs are also much longer than they appear as well. 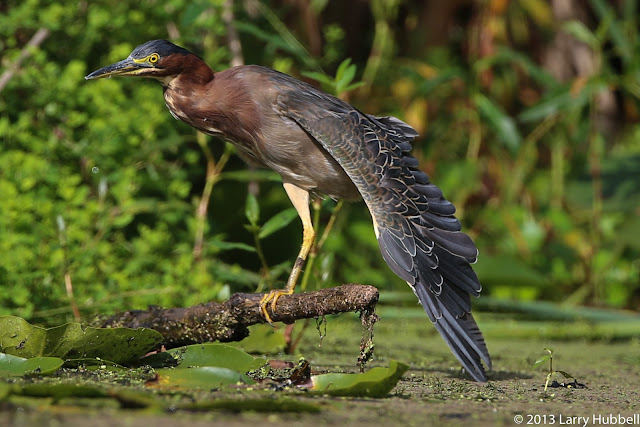 The GH apparently has another surprising capability which I hope someday to see and photograph. According to Cornell the GH "..sometimes lure in fish using small items such as twigs or insects as bait."

Watching this heron shift and shape its body, as well as last year's post called, Green Heron Yoga, brought the book "Shape Shifting" by John Perkins to mind. The book describes three different types of shapeshifting e.g. social, personal and molecular. It goes beyond the bounds of science to a mystical concept of human shapeshifting. I find shapeshifting at the molecular level too much for me to believe. (Still while photographing this heron I did feel that from the birds point of view I was transformed from a potential threat into just an inert object floating on the water. So I guess I can kind of see where the concept comes from.)

Realistically, I do think we have the capability to reshape the way we live personally and as a society. If we are to protect beautiful creatures like these then we do need to shape shift into a sustainable society. 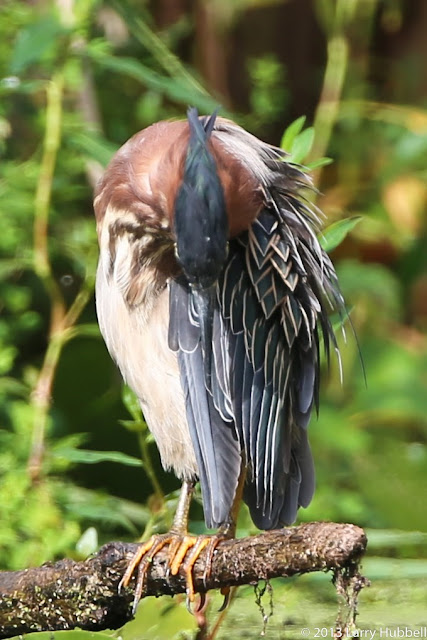