The Wild Side - CSI

Last week's story, "A Walk on the Wild Side" left a number of unanswered questions: 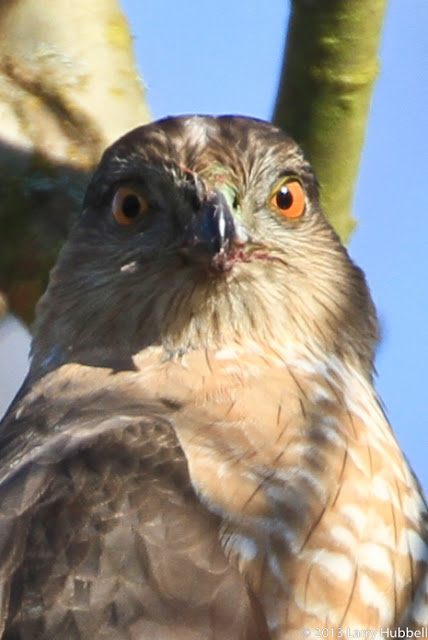 Your challenge is to do some CSI work, which in this case stands for "Cooper's-Hawk Scene Investigation". You will be virtually returning to the scene and using forensic photography and logic to study the evidence and attempt to determine the theory that best explains what happened and also answers the preceding questions.

By the way if you haven't read last week's post, please be aware it provides the first-cut of photographic evidence and critical eye-witness testimony to consider, To read it click here > "A Walk on the Wild Side". 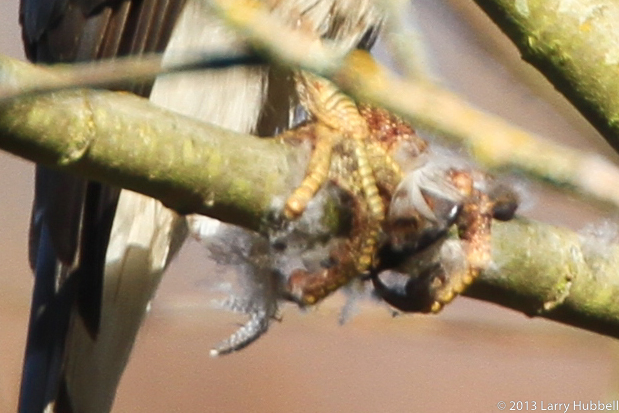 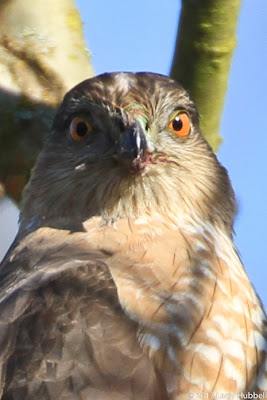 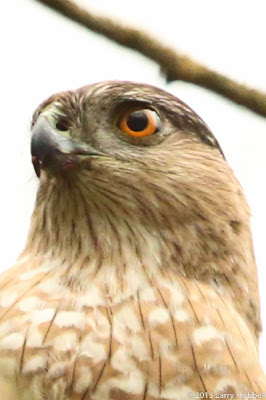 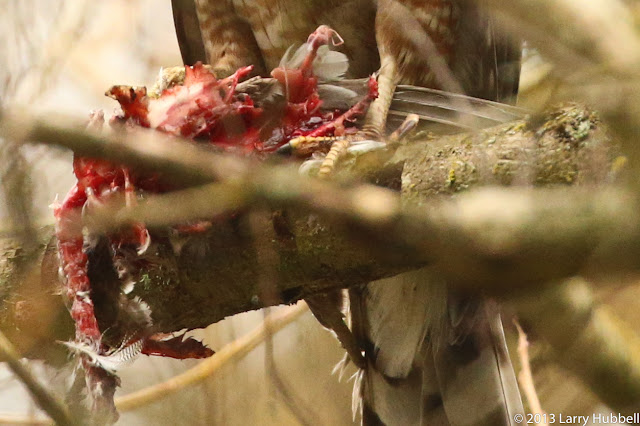 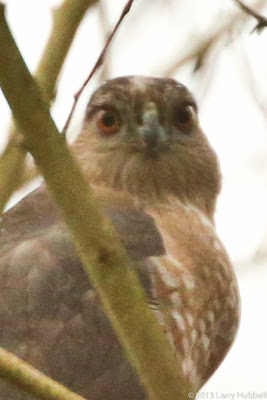 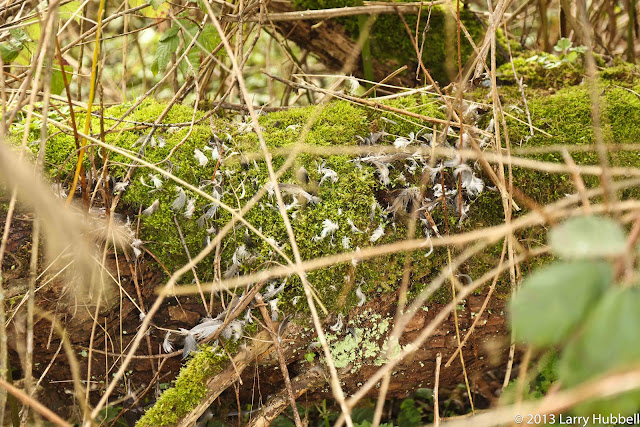 Approximately where the CH was first seen on Day 1, found about 1 week later. 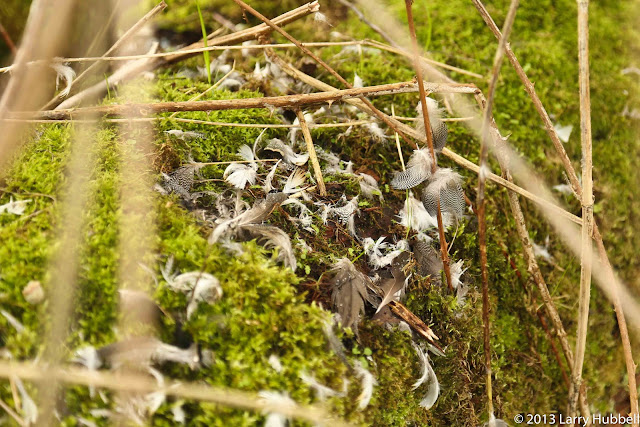 Zooming in a bit. 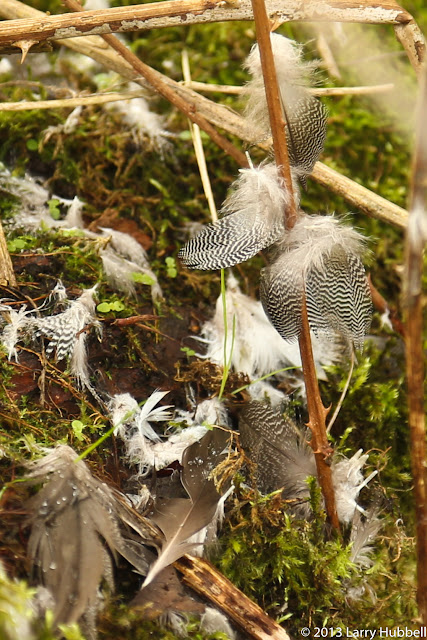 Zooming in some more. 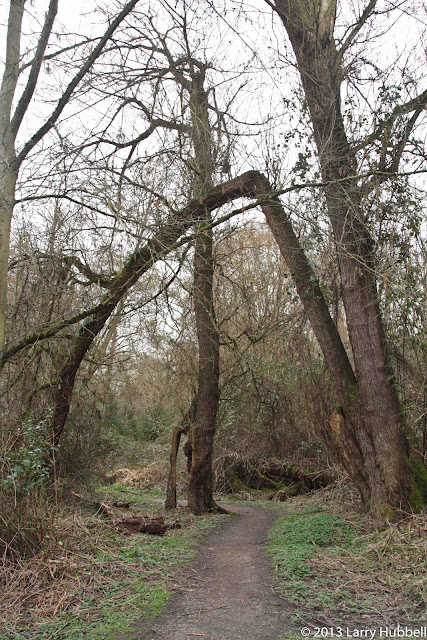 The inverted "V" where the CH was seen on Day 2. 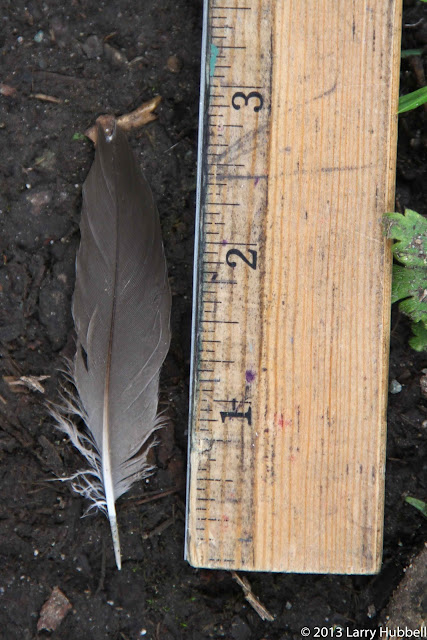 Feathers found below the "V". 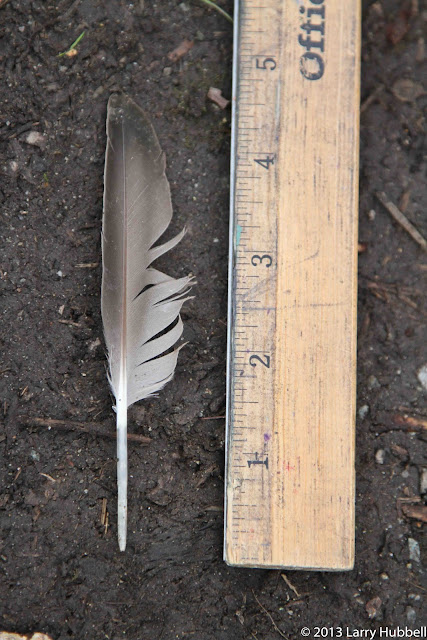 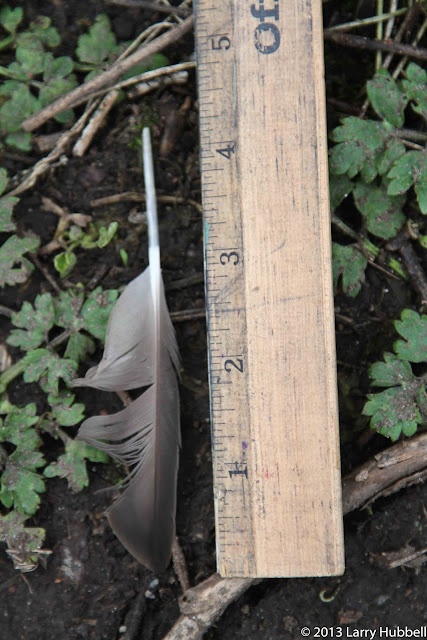 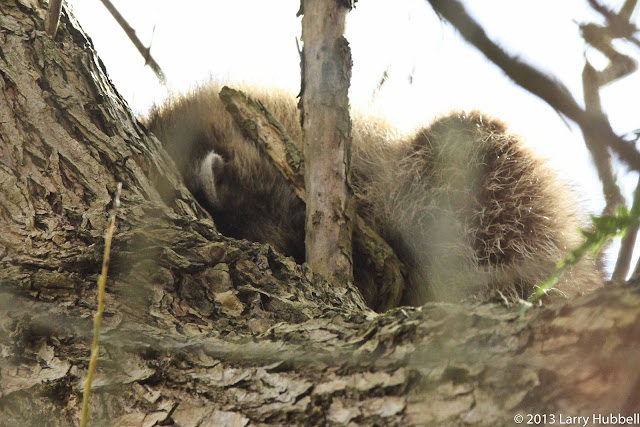 Raccoon sleeping in the tree above the small willow tree, about a week later.

In the water between Elderberry Island and the main land some variety of "ducks" are almost always circling, sleeping or feeding. The types of birds I see most often at this location are listed from most to least common. They are: 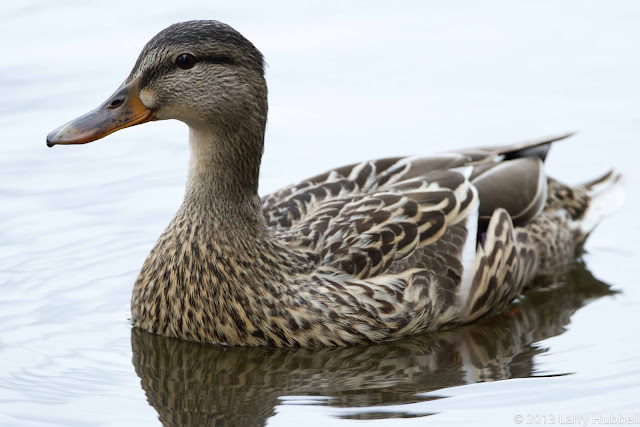 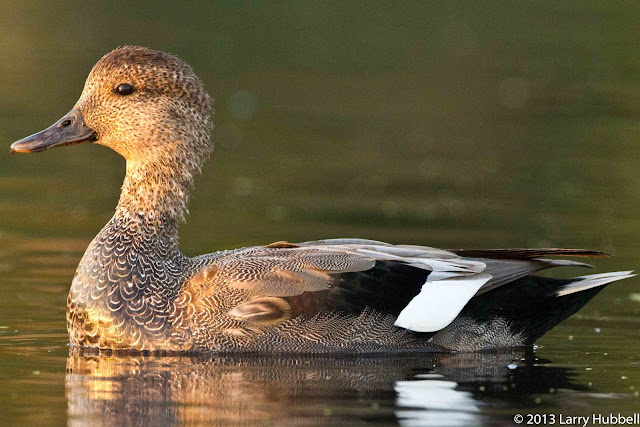 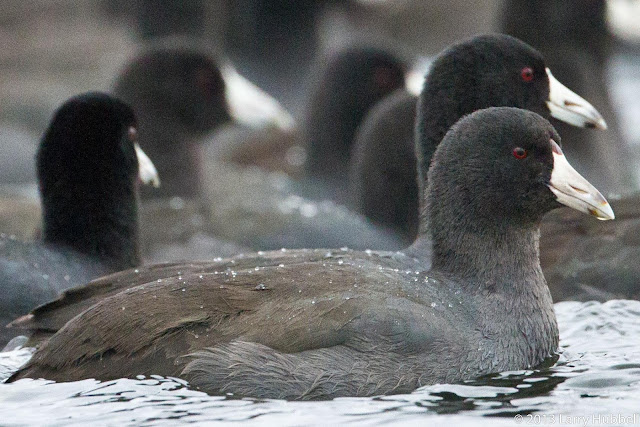 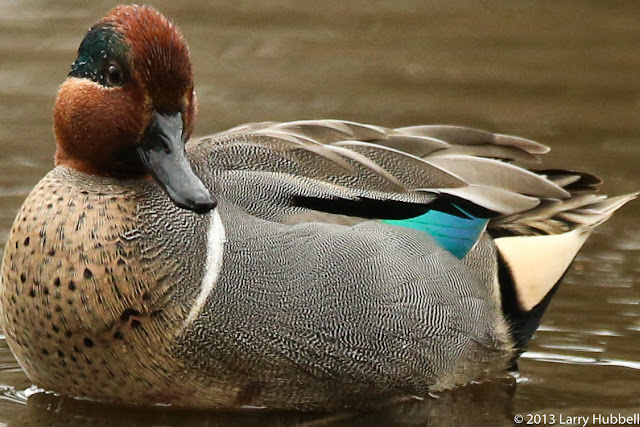 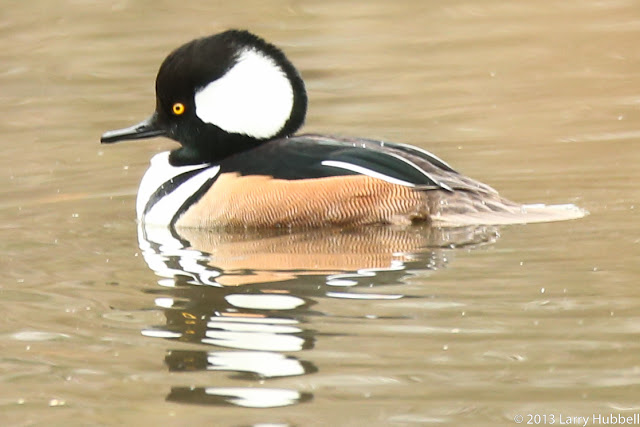 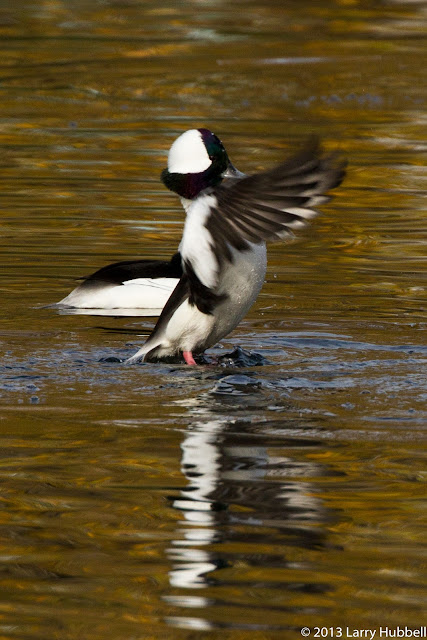 After you have fully digested the evidence and decided on your own theory you may want to state your point of view in the comments section below. You might also want to compare your theory with the "official", Union-Bay-Watch theory. Hopefully, by discussing and debating different points of view we will get closer to the truth than any of us could do individually and have a lot of nature-focused fun in the process.

Early on Day 1 the Cooper's Hawk by stealth or cover of darkness conceals itself in a small willow tree above where "ducks" regularly congregate. One of the gadwalls while feeding or sleeping allowed itself to get with in striking distance of the Cooper's Hawk, who took full advantage of the opportunity.

After bringing the body of the Gadwall back to the log below the small willow the CH proceeded to remove the bulk of the feathers and feed. While feeding a human on the nearby trail startles the CH. Leaving its food the CH flies a short distance to land in a tree just across the water on Elderberry Island.

From a distance the Red-Tailed Hawk is attracted by the movement of the CH and does a fly-by to see if there is a feeding opportunity. Luckily, from the CH's point of view, the crows harass the RTH sufficiently so that it abandons the area. The Sharp-Shinned Hawk then stops by to investigate and lands in the top of a cottonwood tree directly above the small willow and the first feeding site.

When three canoes, with passengers, pass between Elderberry Island and what was left of the Gadwall the CH abandons the close watch over the remains. The SSH dives for a bird of it's own just beside the willow but leaves the area because the CH stays close enough to keep a eye on the remains of the Gadwall and the SSH.

The CH soon returns to move the remains to a higher and safer location where it watches over it until the next day. Later on Day 2 while once again feeding on the remains the CH is disturbed by the young man using the trail just below the second feeding spot and retires to a more private location above a trail deeper within the woods.

During the next week a raccoon inspects the feeding sites and removes or consumes any remaining bones and meat.

While this version of the story might be true the real question is, What do you think the evidence supports?