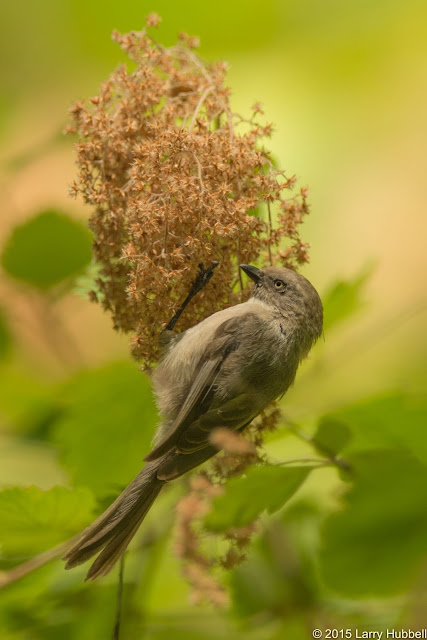 It is always fun to find yourself in the middle of a flock of softly calling bushtits. This female is inspecting the dried flowers on an ocean spray plant. All the sources I have read agreed that bushtits eat mostly tiny insects. 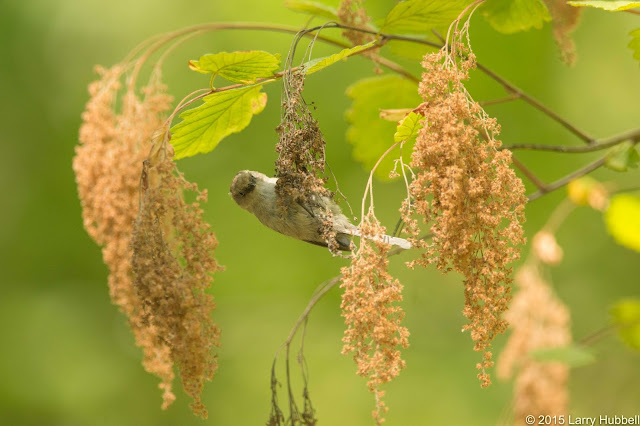 Evidently, the drier parts of plants attract more insects, since the bushtits ignored the green leaves. 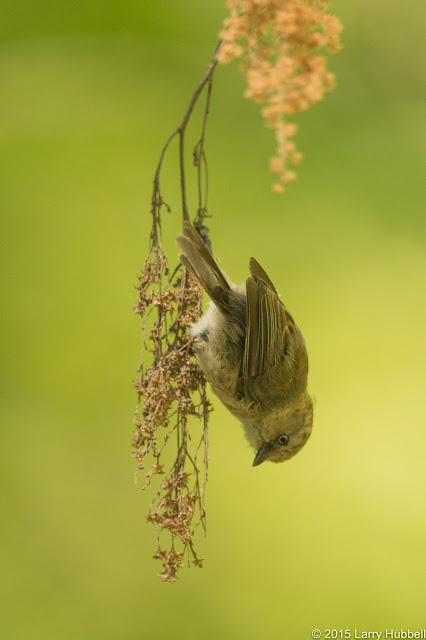 Bushtits weigh about the same as a hummingbird, which helps with their gravity-defying approach to finding food. 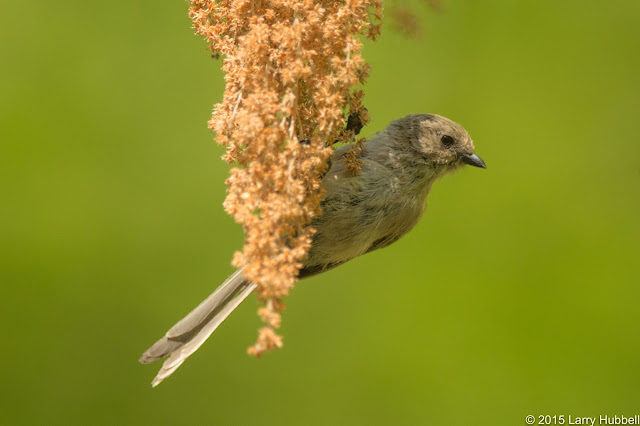 They are certainly social and quick. As a flock they will move through a bush or a tree in just a couple of minutes. I have yet to see a bushtit stop to chew their food, apparently they usually just swallow the little creatures whole. 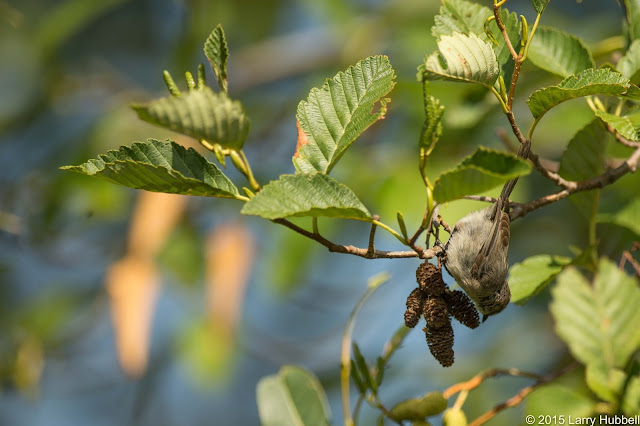 Yesterday, I watched a flock near the Union Bay Natural Area. They fed in a red alder,... 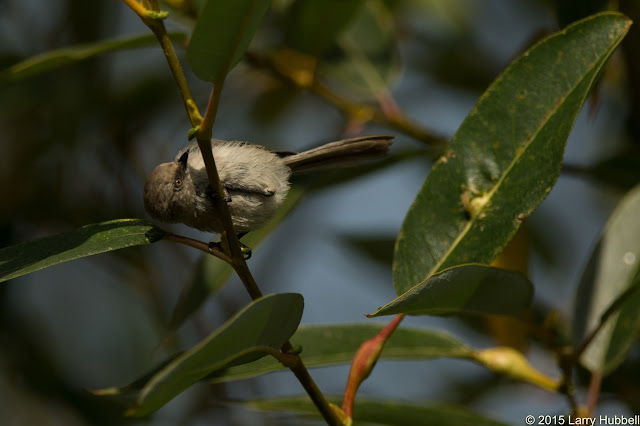 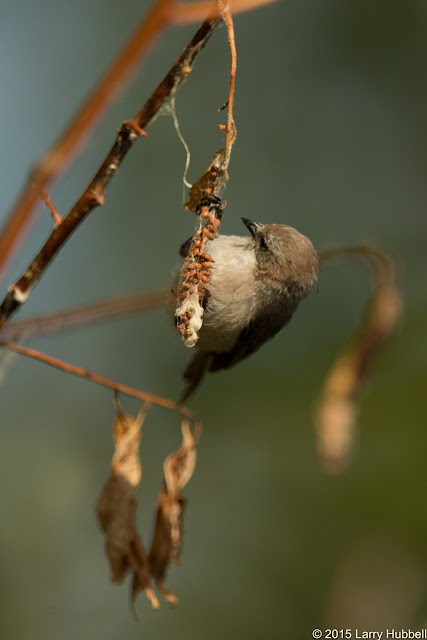 It was strikingly obvious that they prefer insects to fruit. 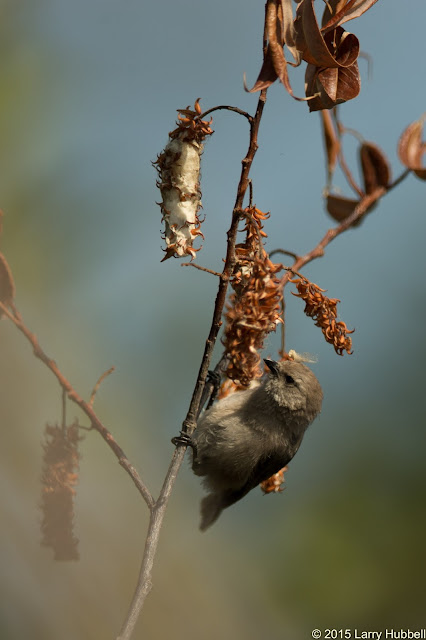 They moved quickly through the three different trees and... 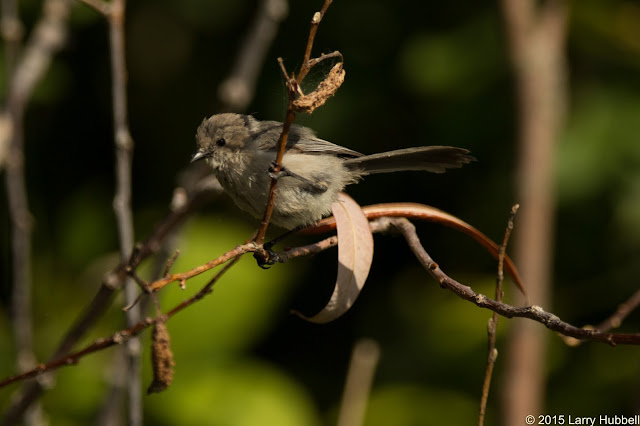 ...totally ignored the ripe blackberries, that were hanging just below. 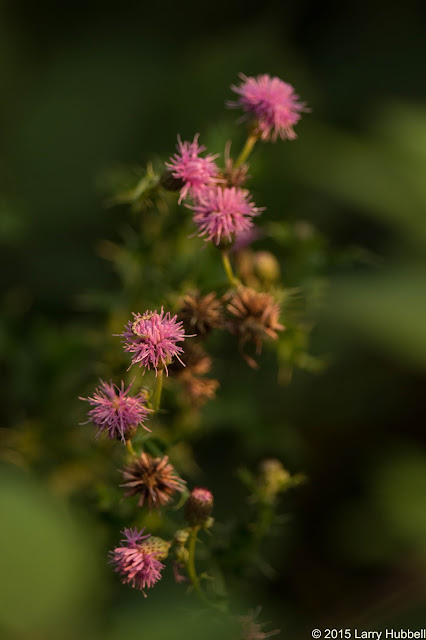 Birds of North America* does mention that if a bushtit captures a larger creature, like the caterpillar on this flower, they will whack it on a branch until it stops resisting. On such an occasion, I suspect they must slow down and do a bit more than swallow their food whole. 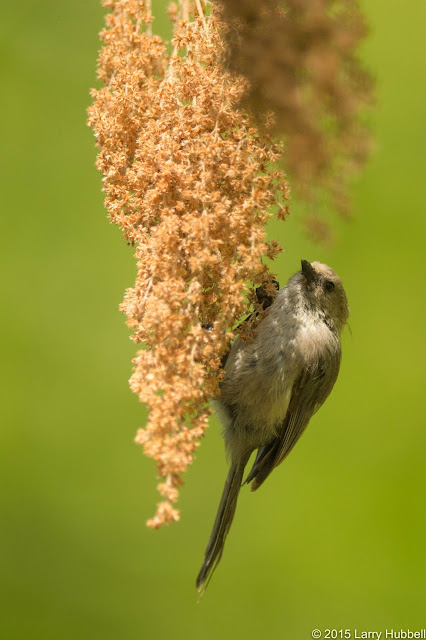 Watching the bushtits in the dried ocean spray made me realize I have never seen bushtits consume water. I wonder, if in the wild, they get all the moisture they need from their food. Birds of North America* mentions that they will drink water in captivity. 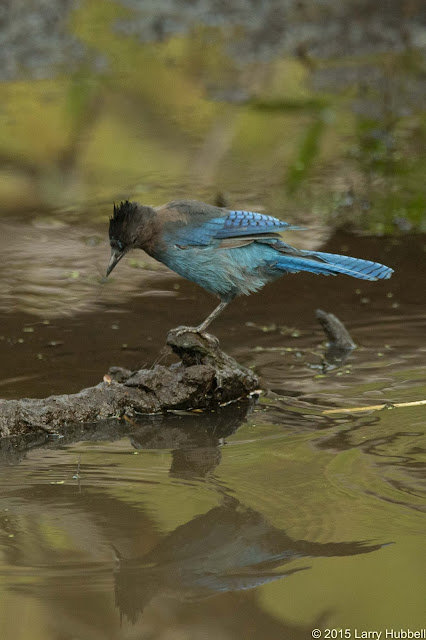 Speaking of birds and water, I was surprised to see a Stellar's jay come to the water's edge. Normally raucous and loud, the jay approached the water in complete silence. After looking around carefully, it took a single sip. 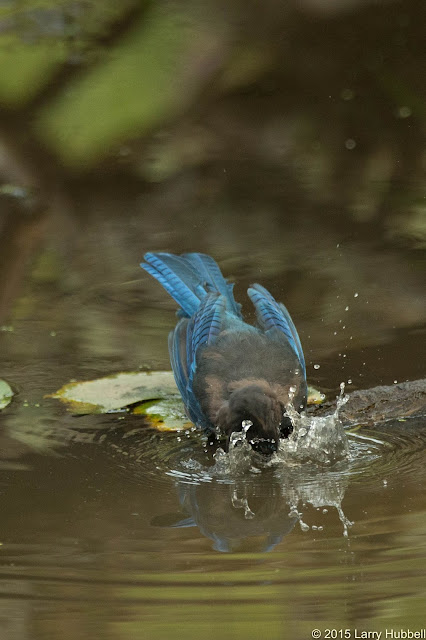 Then, it splashed its face in the water three times. Finally, it moved back into the safety of the overhanging branches. What was really odd, was after a few minutes the jay came down to the water a second time. It then repeated the exact same process again. One sip, three careful splashes and then it was gone. 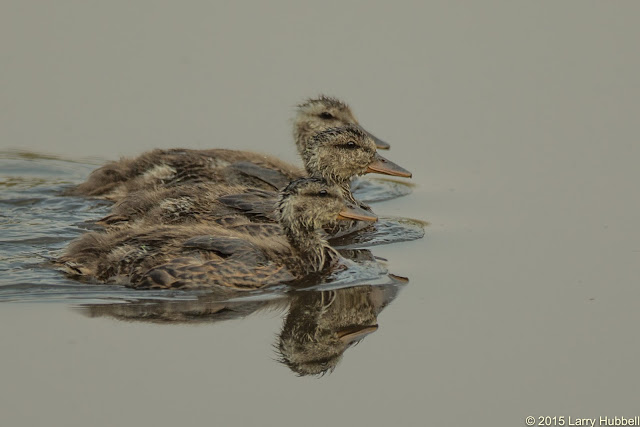 Later, I found these young mallards nearby. It is clear their relationship with water is a bit more extensive. 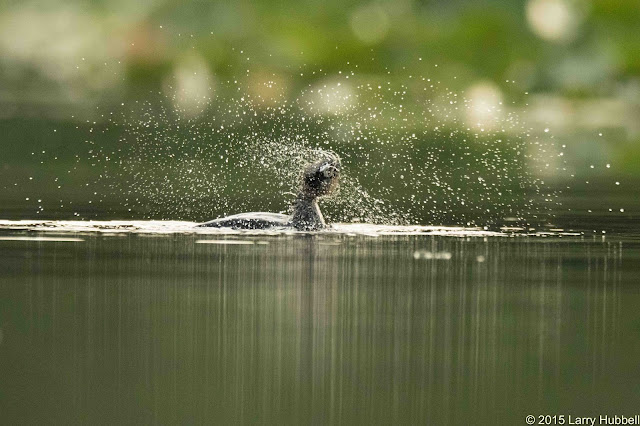 Here is a final bird and water photo. I was in the wrong place at the right time so the sun was shining in my face and not illuminating the bird. Still, the light in the water droplets and their reflection in the water made for an interesting effect. Can you tell what type of bird this is?

This weekend is your final opportunity to view my photos on display at the Fuel Coffee shop in Montlake. It is in the old Montlake Library location, which is one block south of the new library and on the opposite side of the street.

Hours:
If you would like to buy one of the photos please send an email describing the photo. The photos are for sale on a first email, first served basis. Next week, after the photos are removed from the coffee shop, I will contact you to setup a time for our exchange.

Note: If you correctly identify the bird above I will give you a 10% discount on the price of the framed photos that are at the Fuel Coffee shop this weekend.

Have a great day on Union Bay...where birds find water in the city! 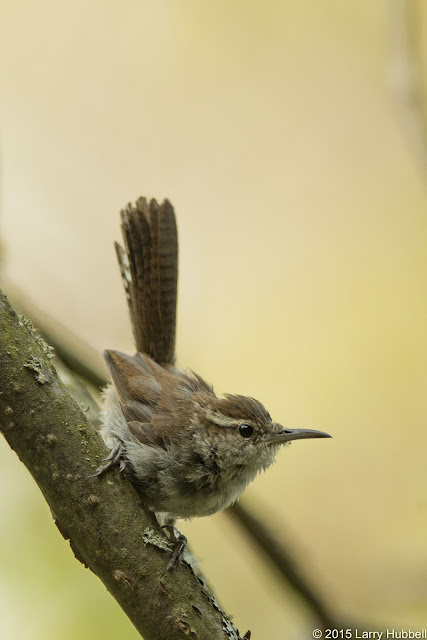 I could not resist including these two photos of a young Bewick's wren. It was involved in a high speed chase, while begging for food. 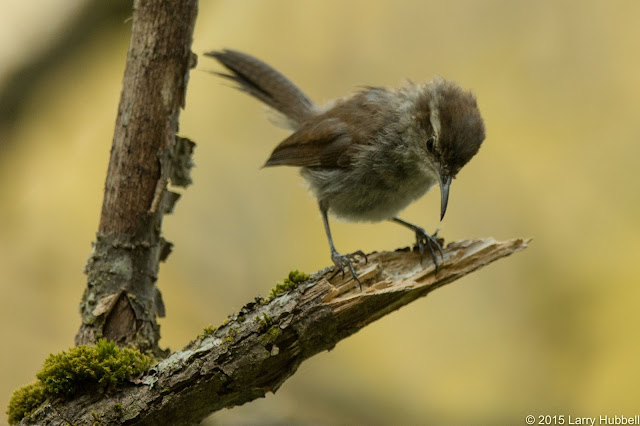 When it stopped begging for a moment, it appeared to start to looking for its own food, which is good since it clearly needs all the nutrition it can find.