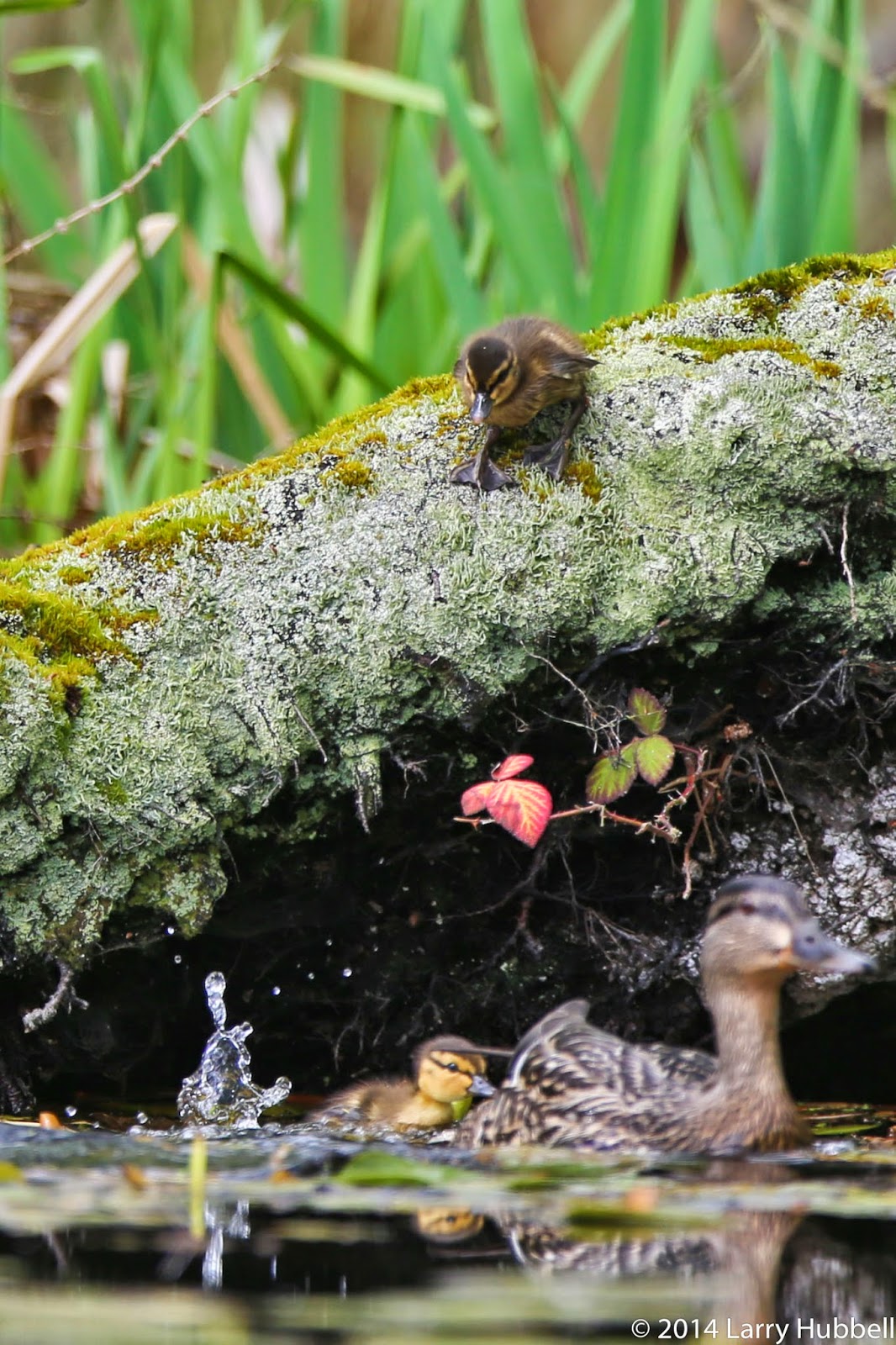 On Monday this little Mallard duckling faced a moment of truth. The duckling seems to wonder, "Can I do this? Can I survive this jump?" It extends its tiny winglets, which someday will be large enough to catch some useful air, and makes the leap of faith. 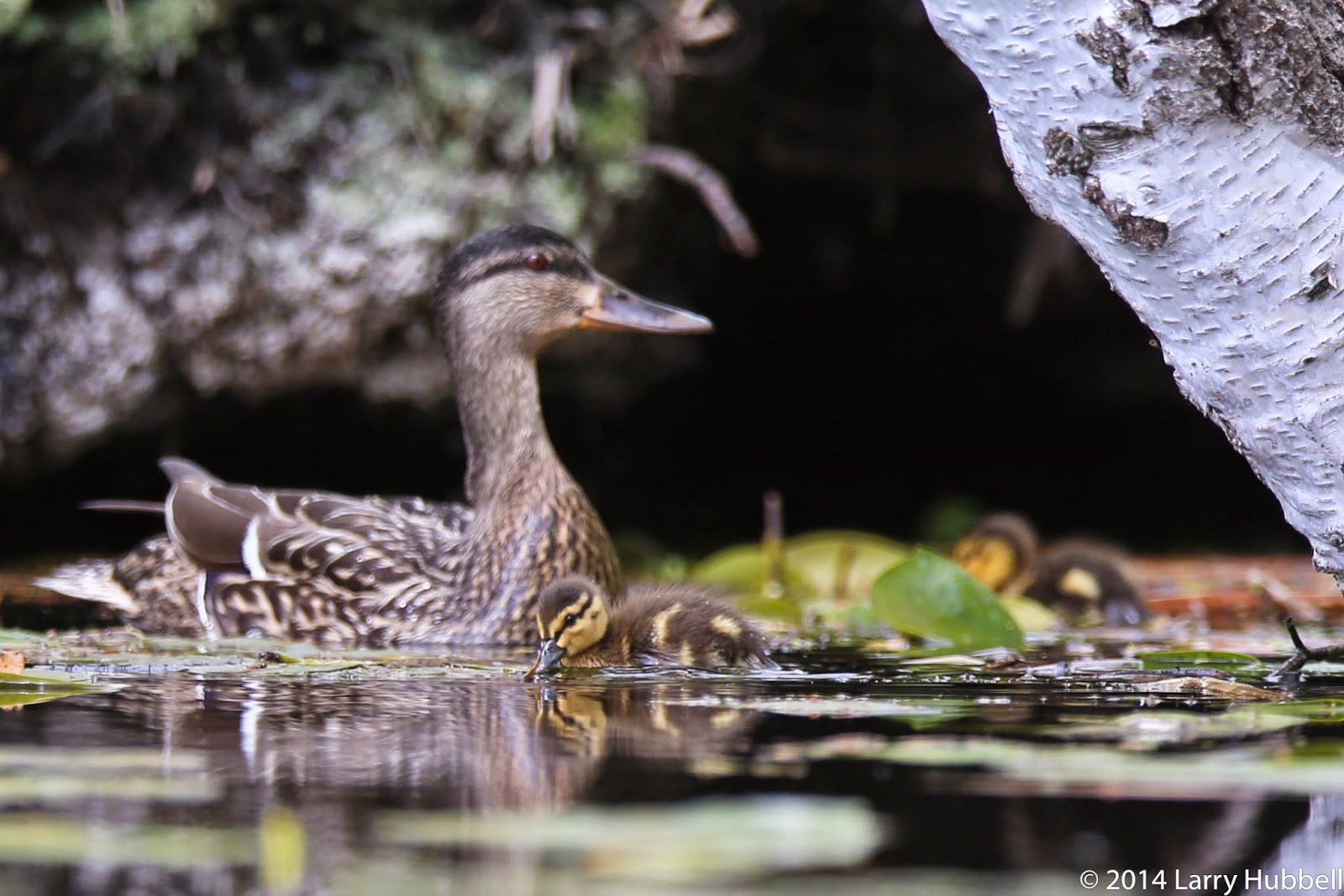 Moments later the duckling is happily feeding under the watchful eye of its mother. 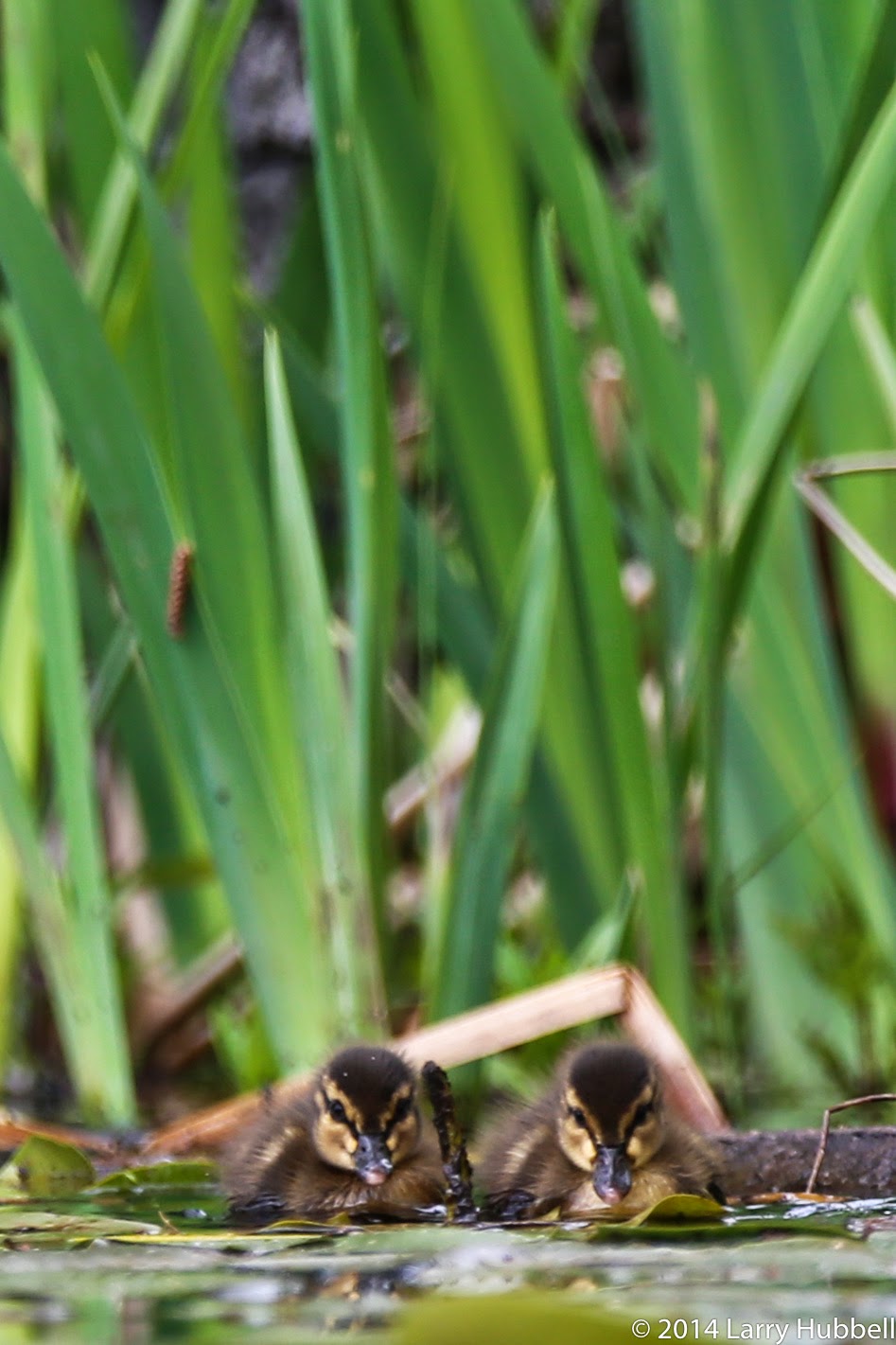 As the ducklings move away in their search for food… 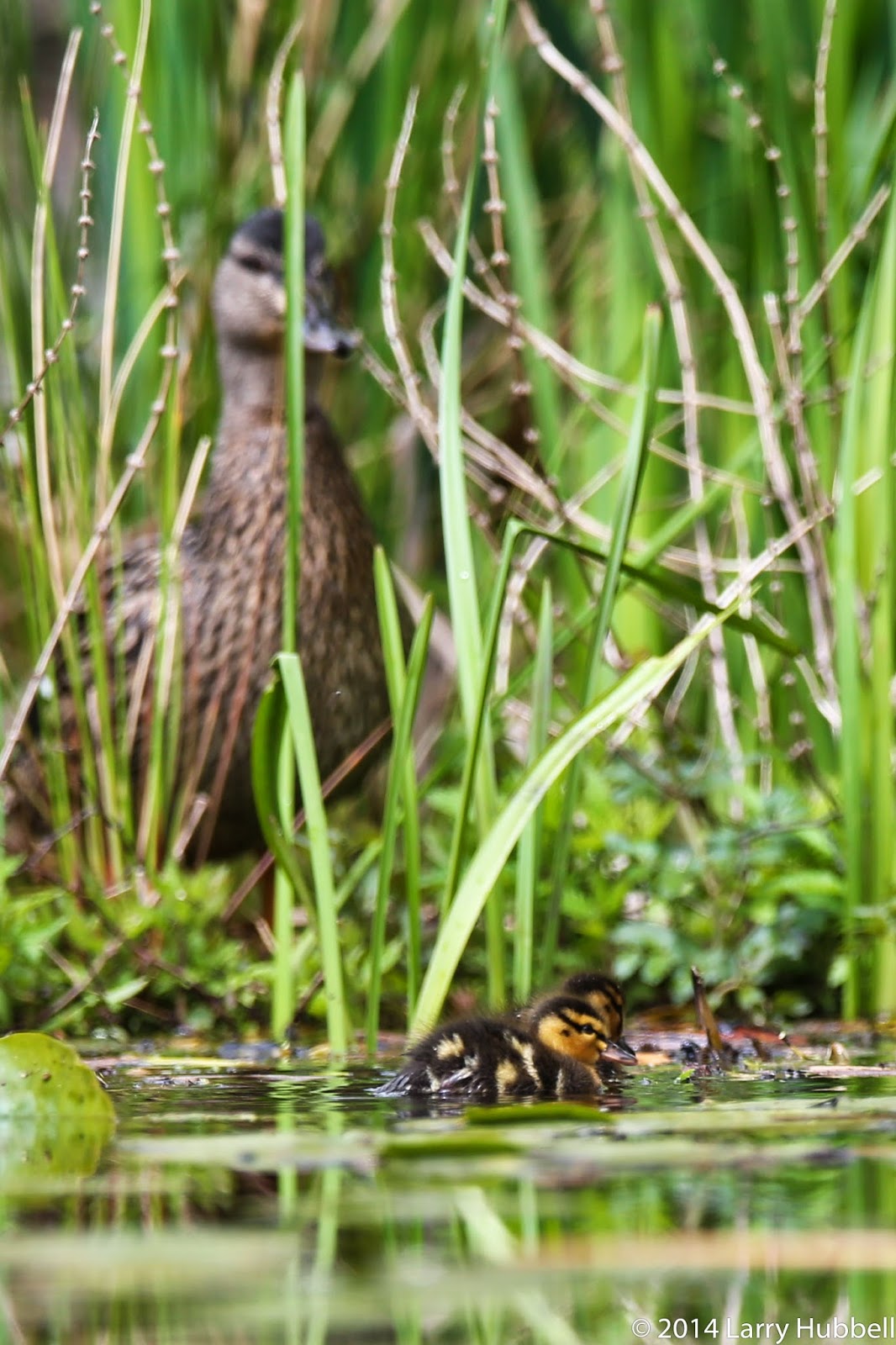 …their mother does not feed at all... 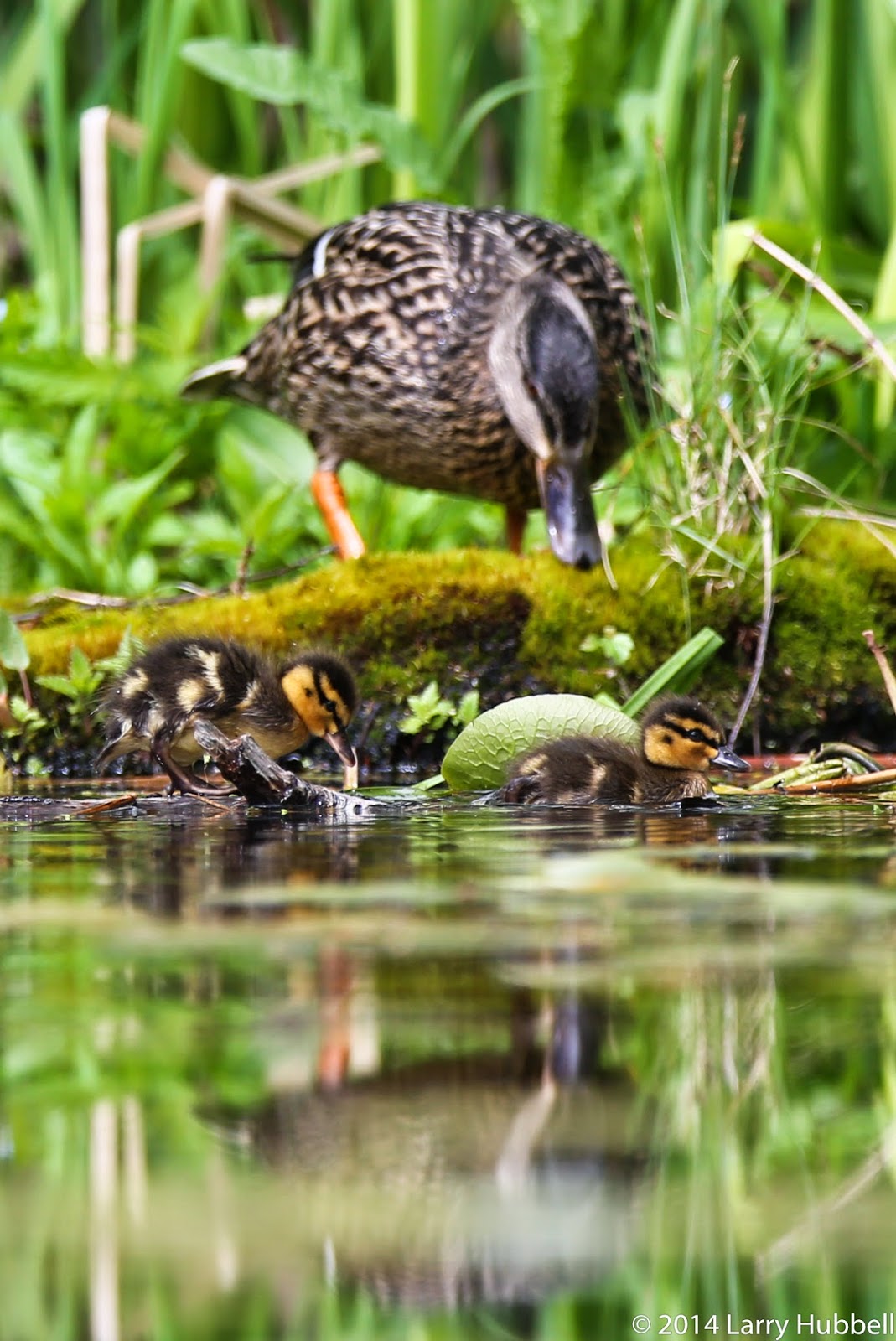 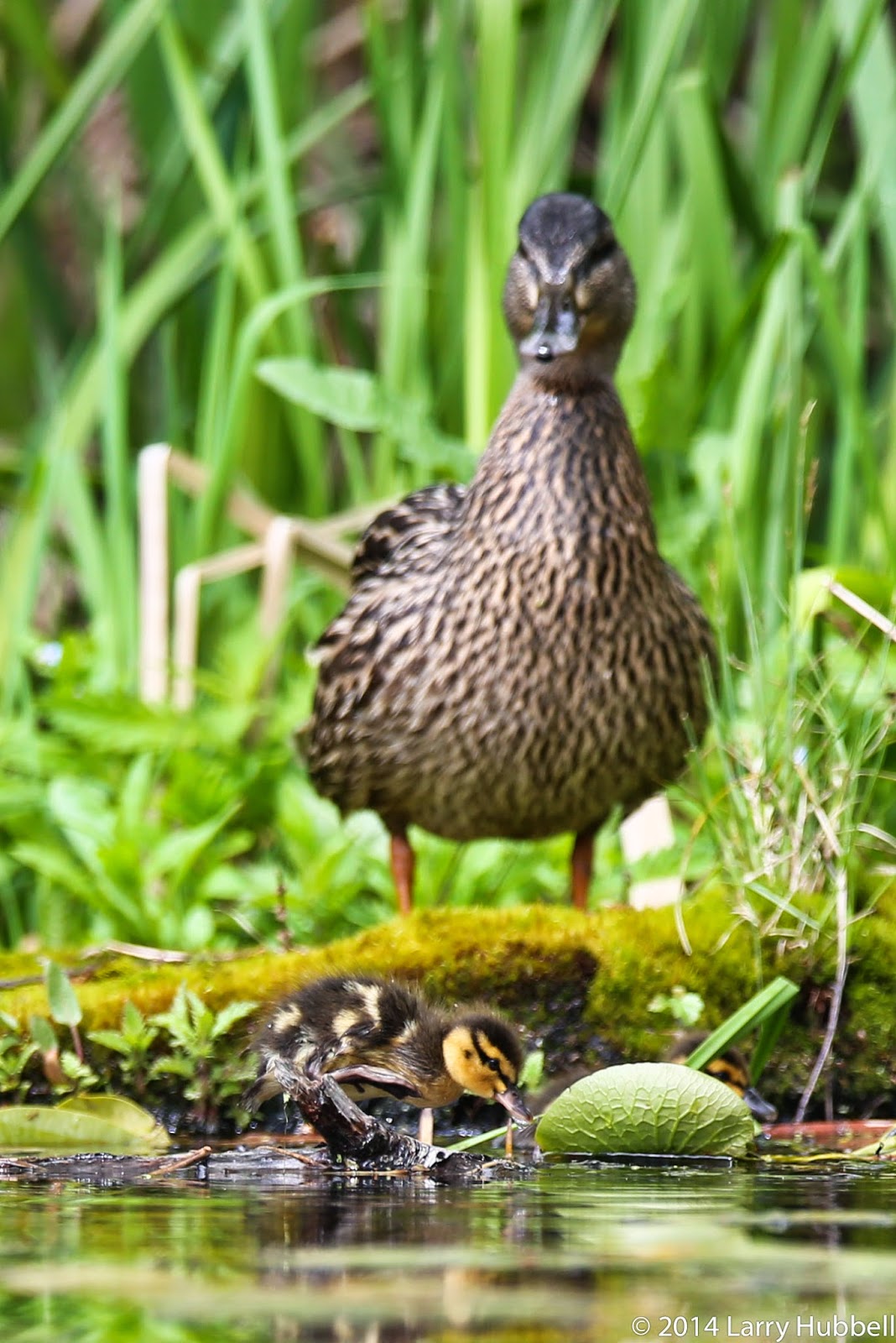 ...on staying very close and vigilant.

It is interesting to try and see through the eyes of a duckling.

The world must appear like a warm, wet place full of food.

Regardless of their mother's watchful eye the ducklings end up wandering off a bit among the lily pads. Suddenly they are approached by a large male mallard. 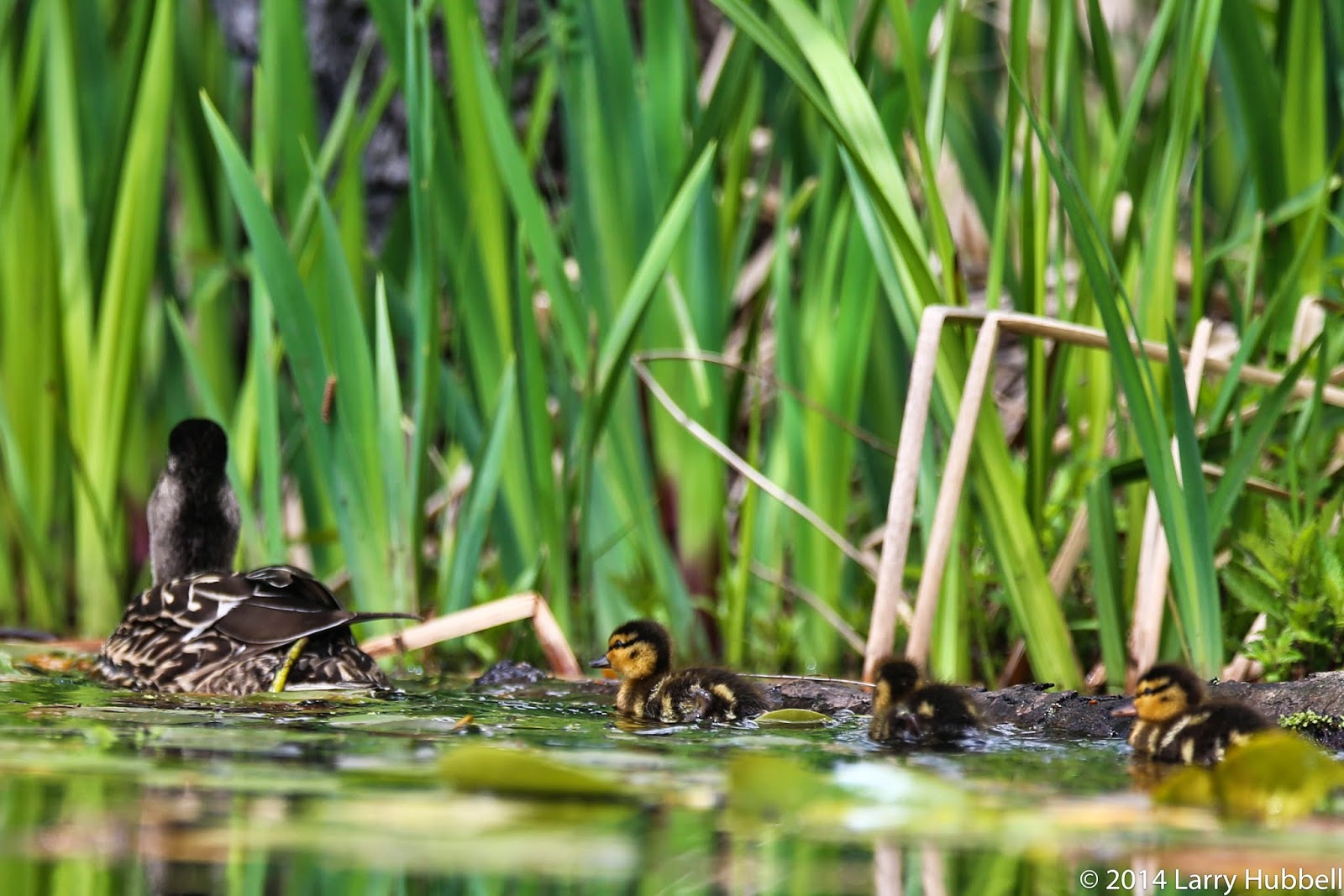 Their mother calls and they disappear into the cattails. 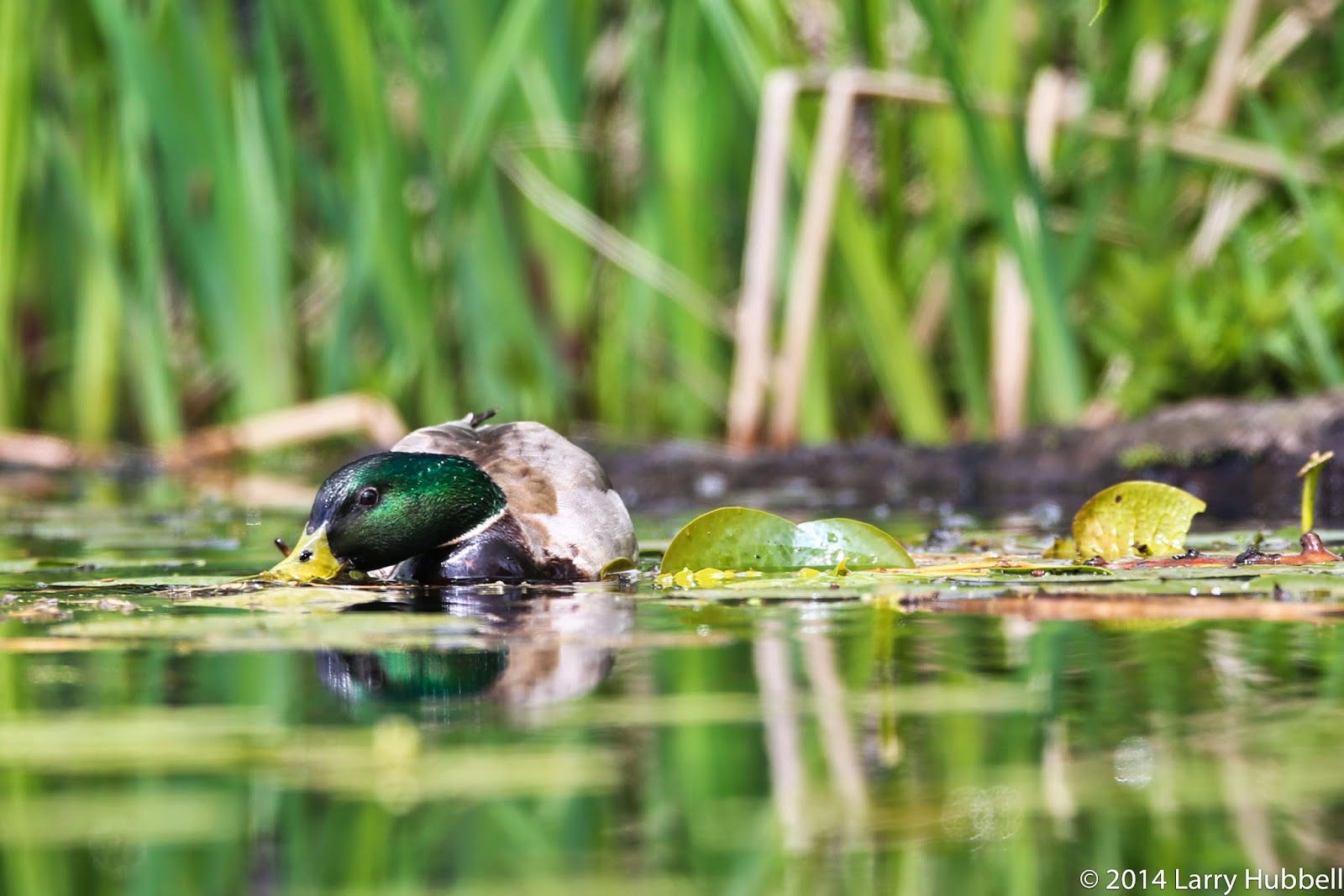 The male seems to say, "All mine!" as it takes over their feeding spot. 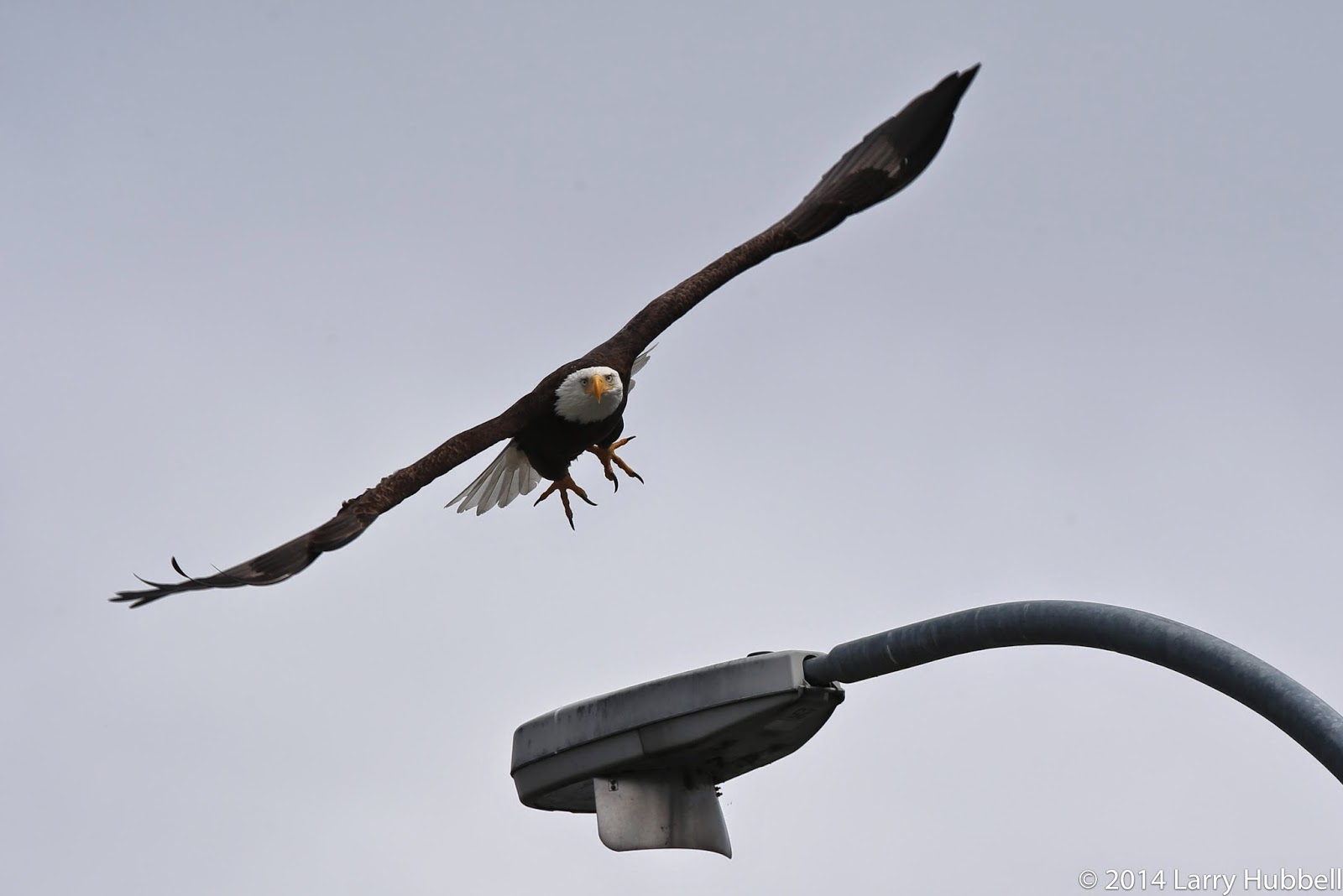 Just after 11a.m. on Monday one of the 520 eagles, most likely Albert, was sitting on one of the light poles before a large bird passed overhead. 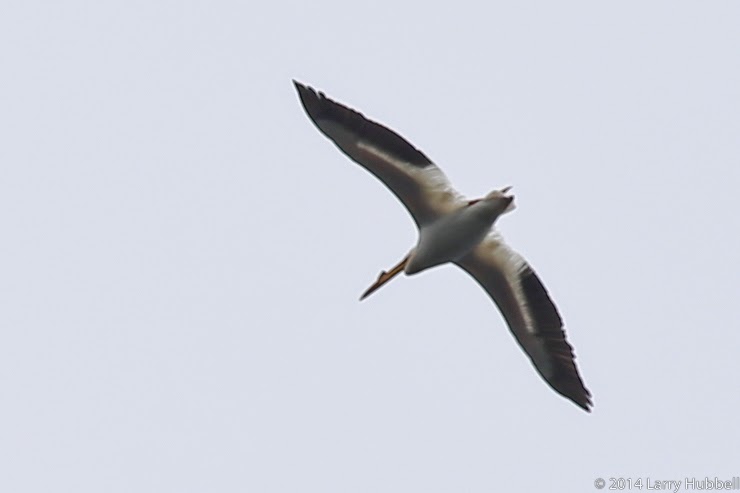 The bird was rather high and distant as it passed by but none the less there is enough information in the photo to determine it was an American White Pelican. (This was my first ever sighting from Union Bay.) The bird must be on its way north to its breeding grounds in Canada. We know the "knob" on its beak only appears during breeding season, however its purpose remains a mystery. 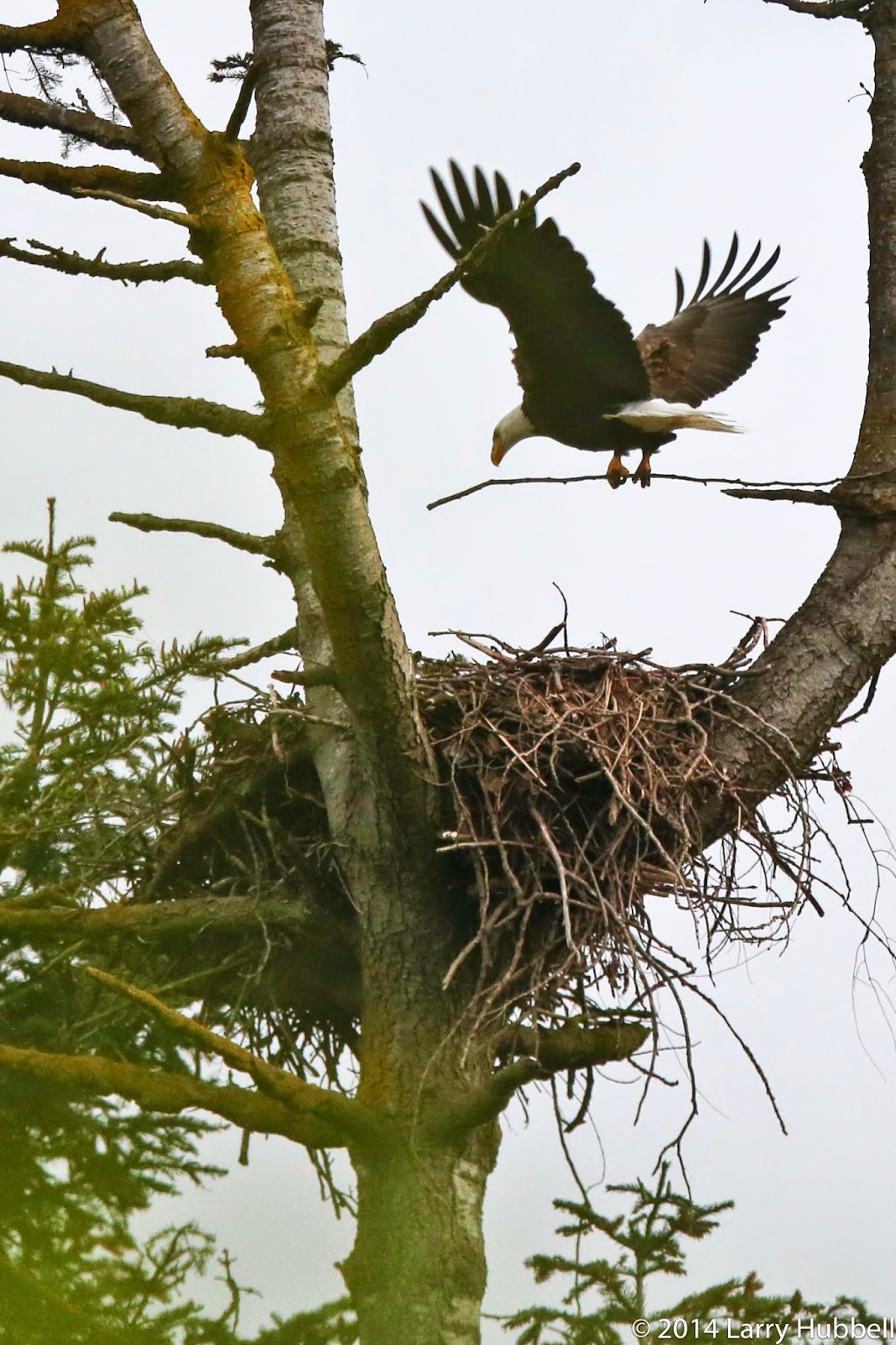 Last night at dusk Albert returned to the nest with a branch he knocked off of a cottonwood tree in Beaver Lodge Sanctuary. Eva is not always visible but for the last month or so she has been apparently sitting on eggs often hidden in the middle of the nest. 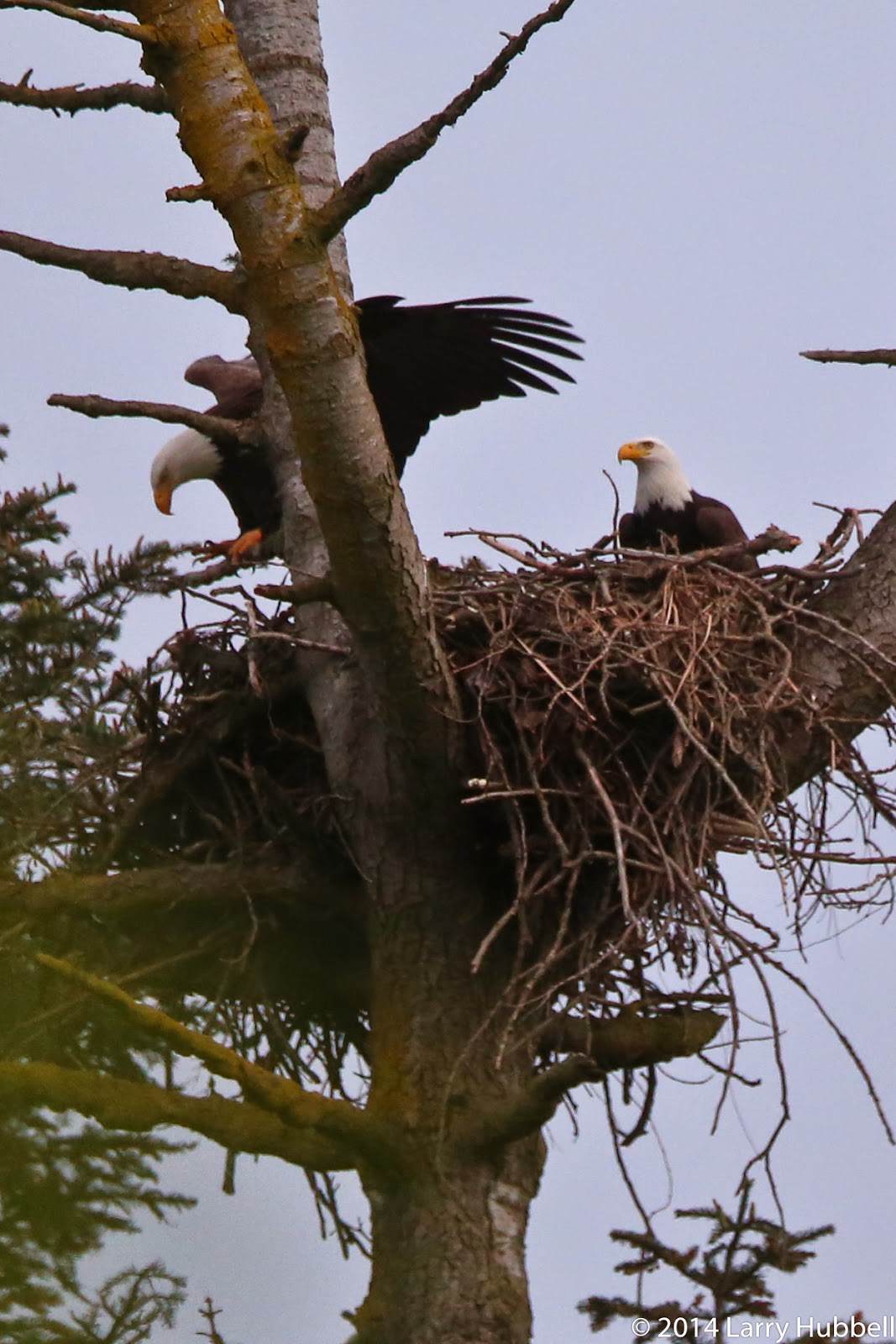 Eva moves out of the way of the newly arriving lumber. A few minutes later Albert delivered another branch. It seems odd (and maybe dangerous to the eggs) to be adding to the nest when it is apparently already in use. Maybe there are more than the normal number of eggs this year and Albert is trying to create additional space. In any case it will be fun to see how many eaglets hatch out this year. In 2012 there were two and in 2013 only one.

Happy Mother's Day to my Mother, my Wife and all our other Mothers! Thank you! 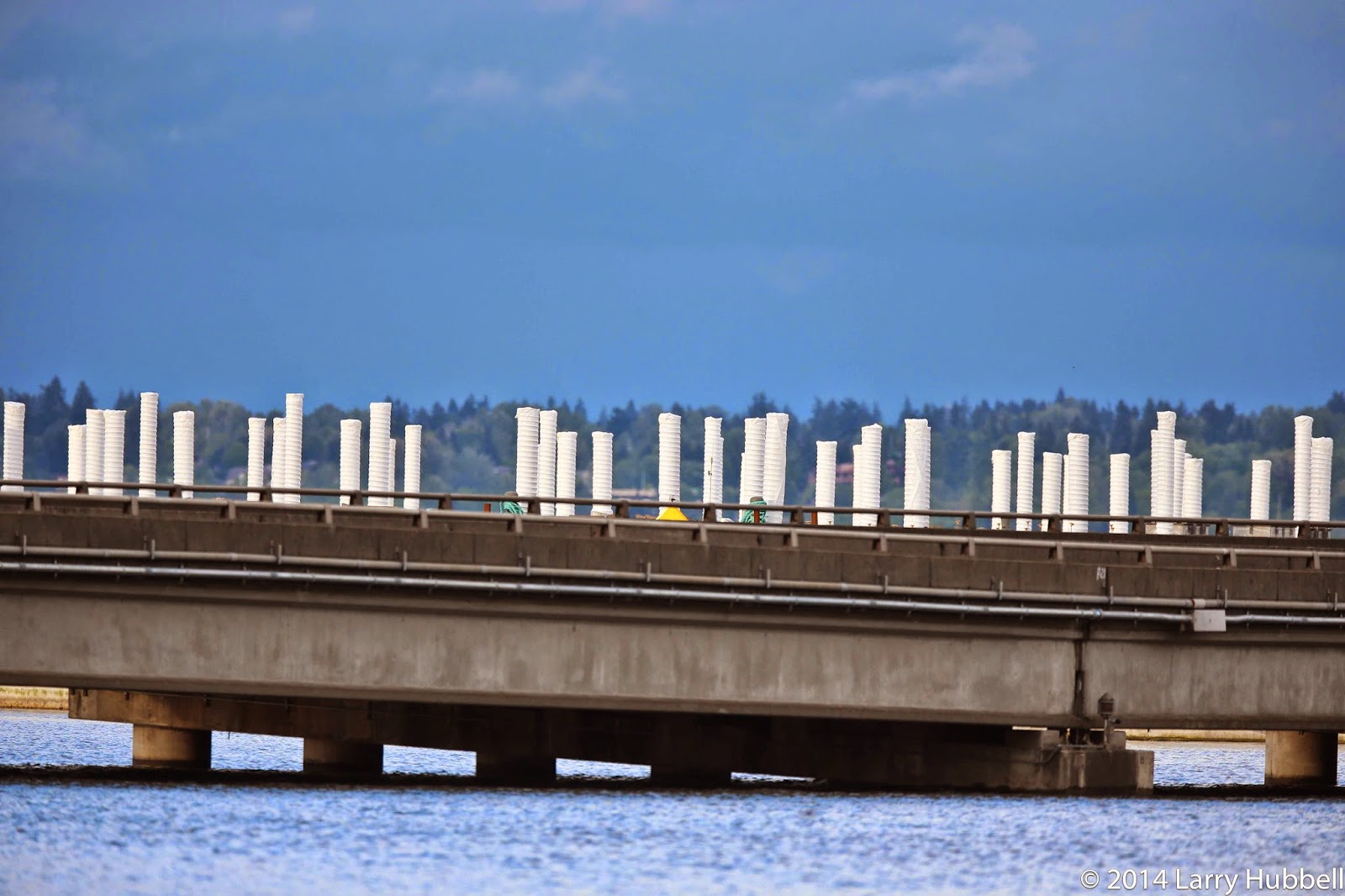 In other news the 520 bridge construction continues to creep closer to Foster Island. 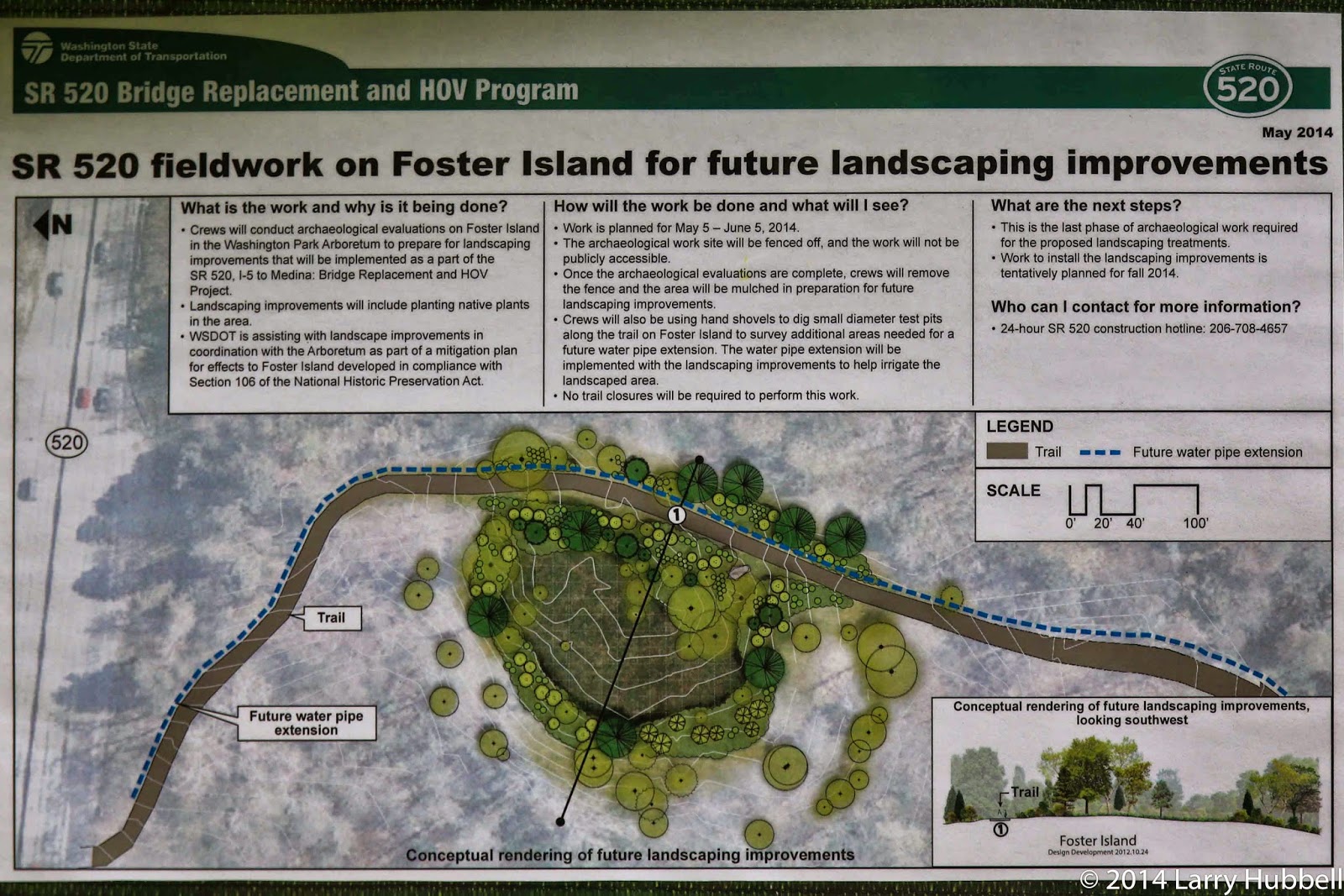 In a sense we could say it has already reached Foster Island given this week's preparatory field work, in the middle of the island, related to one of the future 520 landscaping improvements. 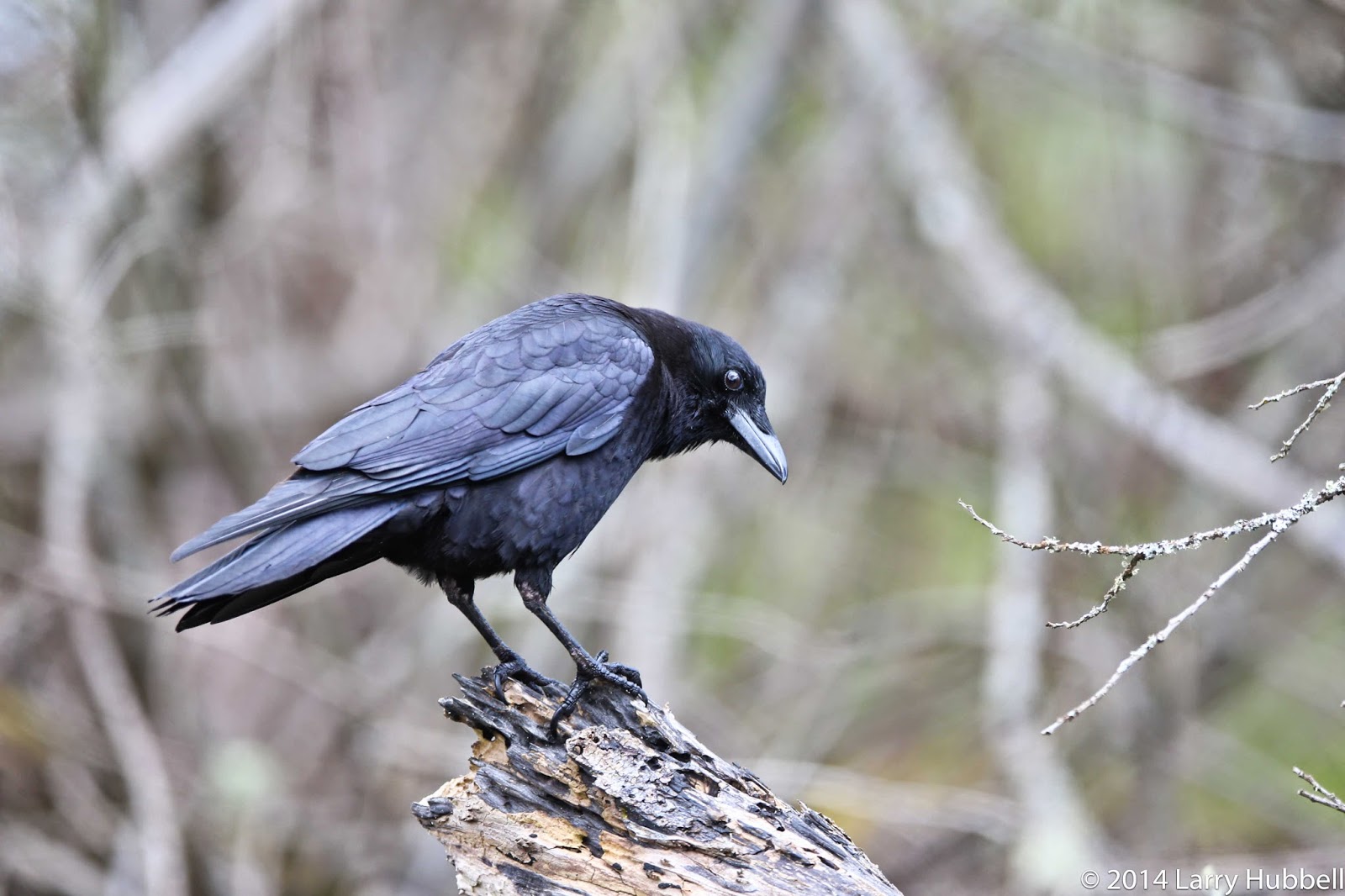 Here is a parting thought. Have you ever wondered why there are so many crows in Seattle?