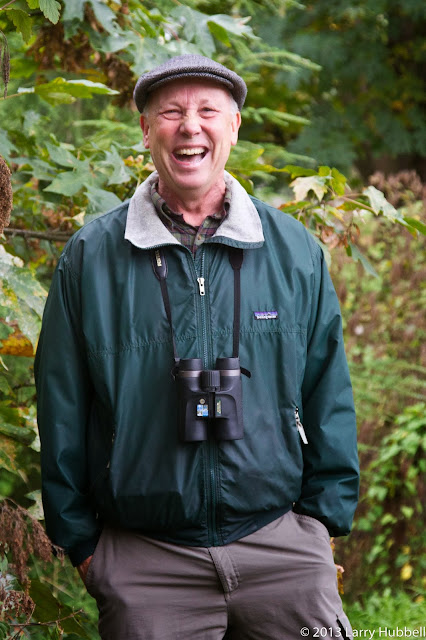 Woody is devoted to bringing people and nature together for the mutual benefit of both, he is truly a Conservation Catalyst. On October 13th I was lucky enough to get to accompany Woody as he led a band of birders on a bird count. 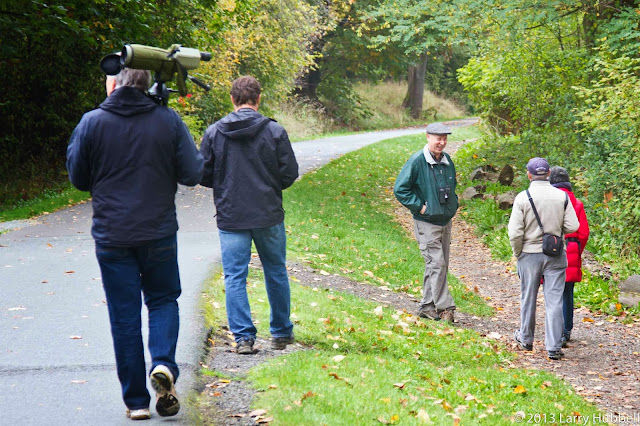 Woody has been doing monthly bird counts with Jim Corson... 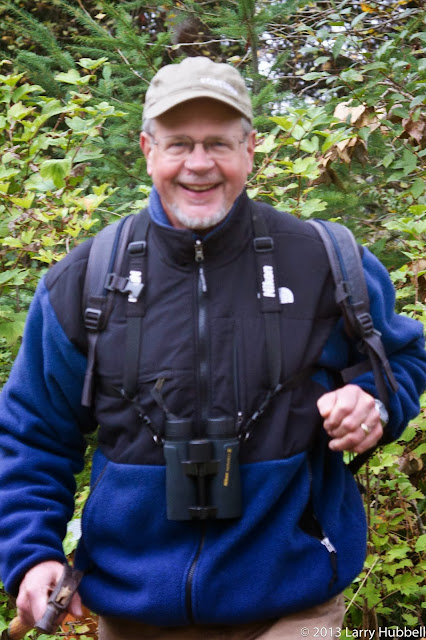 ... and the "Friends of the Burke-Gilman Trail at Sandpoint" FOBGTS for three years.

Jim and the FOBGTS are replacing invasive, nonnative plants with native vegetation 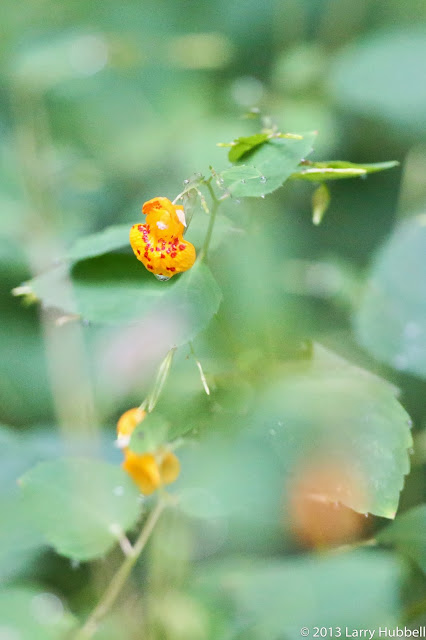 along a couple of miles of the Burke Gilman (from Metropolitan Market on 40th N.E. to N.E. 65th near Sandpoint). The goal of the bird counts is to provide objective evidence that shows an increase in native birds. Woody says, "Thus far, both the number of species and individuals has increased, but very gradually.  We are testing the hypothesis that restoration of the trail will result in greater bird species diversity and overall numbers."

Once on the trail Woody led the group to six predetermined locations where we all remained perfectly quiet for five minutes. During this time we searched the native plants & trees for birds. The total count for this October bird count walk was 27 different species of birds. 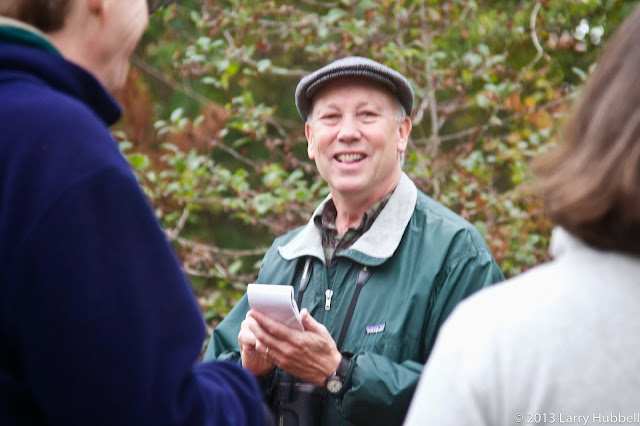 The varieties included Sparrows, Starlings, Robins an Crows that we all see daily but in addition there we're birds that we don't see or hear nearly so often. In particular it was amazing to listen as Woody was able to identify many birds by their call alone. (Woody completed the Master Birder class with Seattle Audubon, the Cornell Bird Biology course and Ornithology at the University of Washington. This plus his years of experience  and sense of humor make every moment spent with Woody a delightful, educational experience.) Woody pointed out the difference between the sound of a Pacific Wren and a Bewick's Wren. 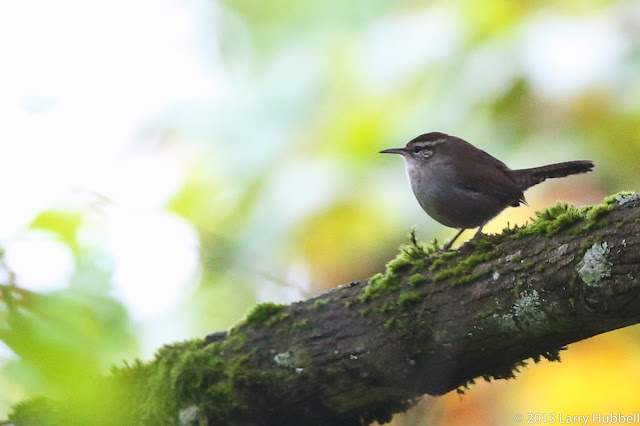 Woody noticed a Chestnut-Backed Chickadee as well as the more common Black-Capped Chickadee. While I was trying to find and photograph a single Anna's Hummingbird Woody would point out 2 or 3 different hummingbirds all within view at the same time. 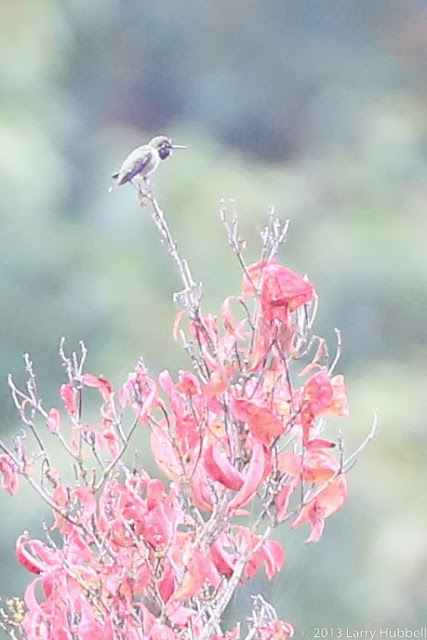 Watching a Downy Woodpecker work its way up and down a tree was another delight along the way. 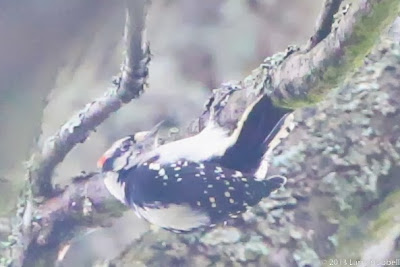 Still this Golden-Crowned Kinglet was truly the "highlight" of the walk for me. 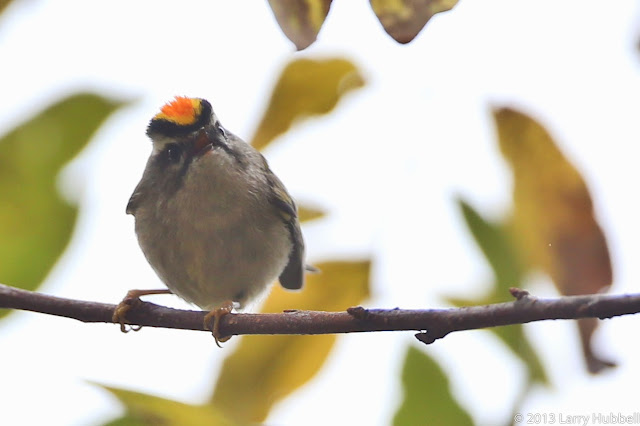 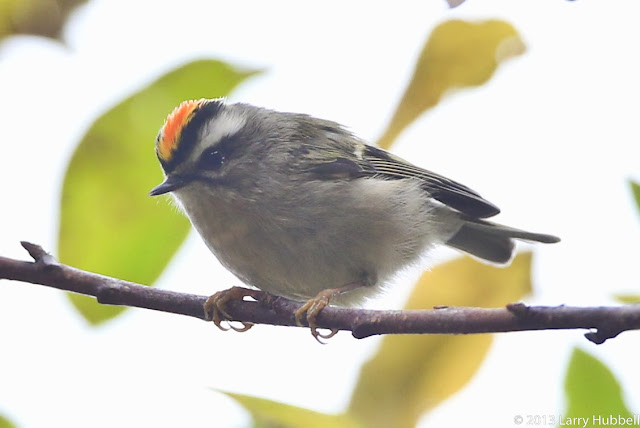 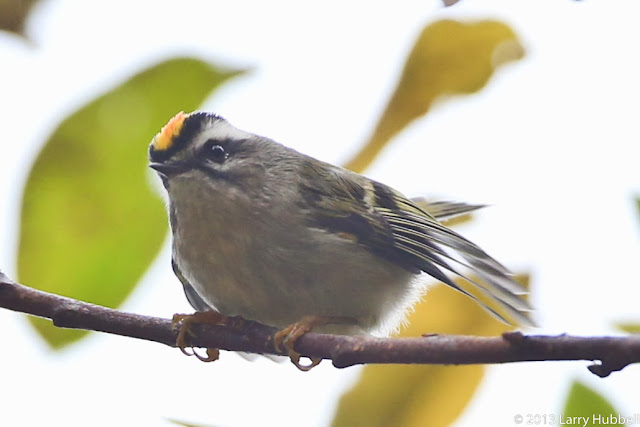 The good news is tomorrow is once again the second Sunday of the month. If I understood correctly on the second Sunday of each month at 9 am Woody leads another bird counting walk on the Burke Gilman. They depart just south of the Metropolitan Market on 40th Avenue N.E. and aim to be back around 11 am. If you would like to meet and accompany Woody on another one of his entertaining and educational bird counts, tomorrow is your chance. Jim and Woody have confirmed tomorrow's walk.

What is you favorite songbird? I don't limit myself to just one but I do especially enjoy the sound of a Canyon Wren  and the song of a HermitThrush.

What is one of your favorite birding spots? Big Bend National Park  and the Davis Mountains State Park  in Texas.

When did you first get interested in birds? In elementary school I was on patrol duty when I noticed a flock of Cedar Waxwing's feeding in an apple tree. The apples were getting a bit old and fermented so the rather "happy" Waxwings were bit intoxicated which made for a very entertaining experience.

Has your work experience been focused on birds? No, not just birds. Early on I worked in Glacier National Park and got a degree in Wildlife Biology. Over the years I have worked with The Nature Conservancy, Seattle Parks Foundation and The Audubon Society.

Where do you work today? I work as a Conservation Catalyst which means I lead interpretive nature and birding trips (locally and abroad), give presentations about Yellowstone, Natural History and Ecology, teach classes and provide environmental consulting.

Could you give us an example of environmental consulting? Sure, working with the Friends of North Creek Forest in Bothell.

Have a great day on Union Bay...or on the Burke-Gilman Trail!

Just in from Nathan Ramsey on the 520 bridge.

I mentioned in a comment on your blog recently that I saw both eagles on one of their normal lamp posts.  Well today on the way home I saw them together again, and managed to get a picture of it!  See attached.  It was 3:54pm on Friday 11/8/13.  It's an...iphone picture, but proof they are around together and the nearby construction doesn't seem to cause them to pay any mind, at least for now.  As I was approaching, one of them was sitting on the lamp post.  Then I noticed some LARGE wings very close by, and watched as the second eagle landed on the lamp post right next to the other.  The picture was probably taken about 5 seconds later! 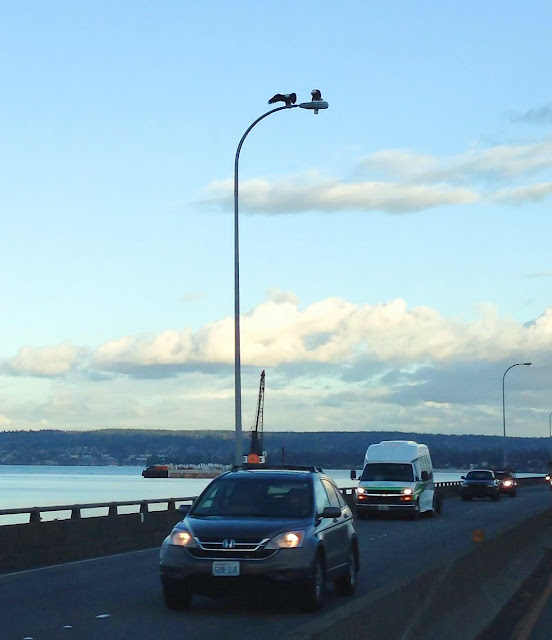 I enjoy reading the blog and seeing your great pictures, keep it up!

Posted by Larry Hubbell at 2:14 PM