For the last week many of the best birders in Washington state have been visiting the jetty west of Westport. They take time off from work, many leave their family and friends behind and drive for hours to stand in pouring rain and a bitter wind. There was even an earthquake (off the coast of North America) last Saturday night, by Sunday morning the immediate chance of a tsunami had passed. However the possibility of an aftershock, or an even larger quake and another potential tsunami did not deter the birders. In the face of all this they came anyway, to see a little brown bird. 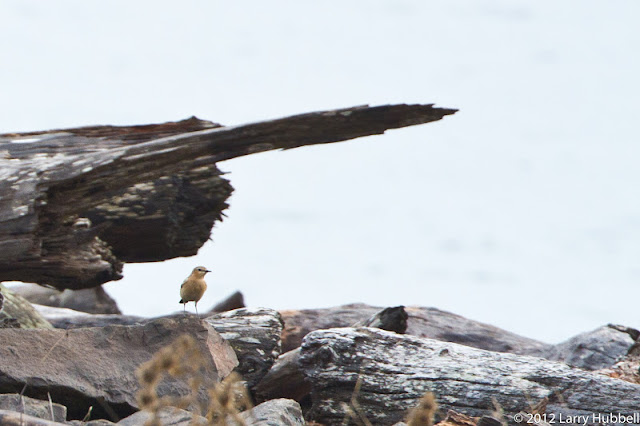 Of course this isn't just any little brown bird. This is a Northern Wheatear, which is actually a beautiful golden brown in color. This species of bird normally winters in Africa. This particular bird made a major, continental-scale wrong turn. However, even as cute and rare (to Washington) as this bird is, what was most amazing this weekend was the ability of the master birders. Just the flash of a wing or the briefest sound of a bird song was enough for them to identify a bird.

Having the opportunity to walk by their side, follow their gaze and listen as vast stores of flying feathered information spilled, out their mouths, is a humbling experience. These are people who are doing much more than a Big Year, they are doing the Big Life.

The remarkable ability of these birders inspired the following set of challenges. These grainy, snippets of photos show tiny closeups of parts of five local birds from Union Bay. 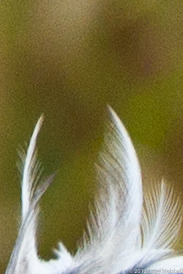 It seems impossible to be able to determine the type of bird from such small pieces of information. However the experience of this weekend has, at least for me, moved the boundaries of what is and is not possible. As you work through the blog below you will find progressively larger photos that show more of each bird. If you would like to accept the challenge to identify these five birds with the least amount of information, then do not scroll down any further.  Good Luck!

On another note, and to create a break before continuing with the bird identification, the count of Western Grebes on Union Bay has now risen to three. Hooray!!!! 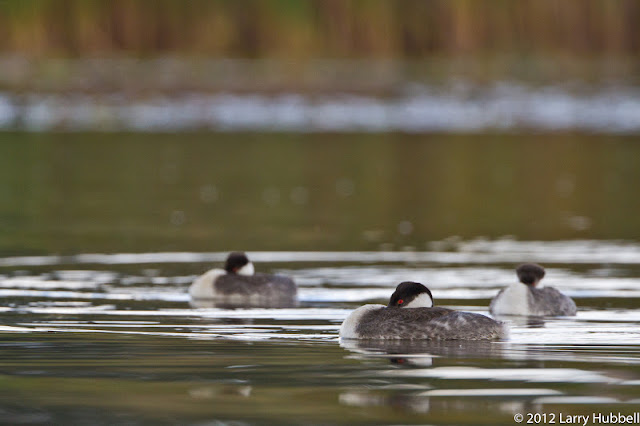 They are very elegant with their necks extended, in the old days they were called Swan Grebes, and incredibly cute when resting. When slightly startled in this position they simply open their eyes. If they are only mildly annoyed, by say a passing Mallard, they tend to leave their heads down and appear to motor away like little toy boats. If you did not see the photos or read the story from earlier this month you can see more at:


We now return to our bird identification challenge. If you would like more information, try the following slightly larger versions of the same photos. 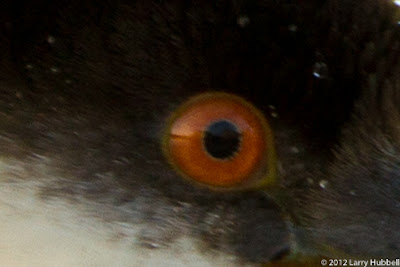 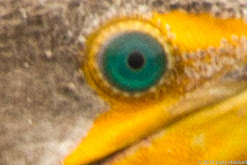 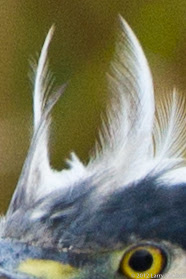 Was that enough information?

If not, the next set of photos should do the job. 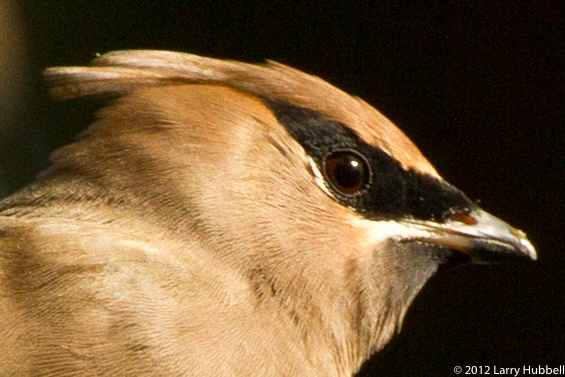 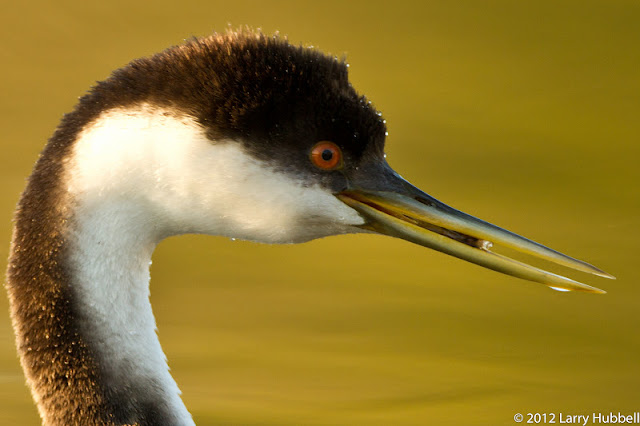 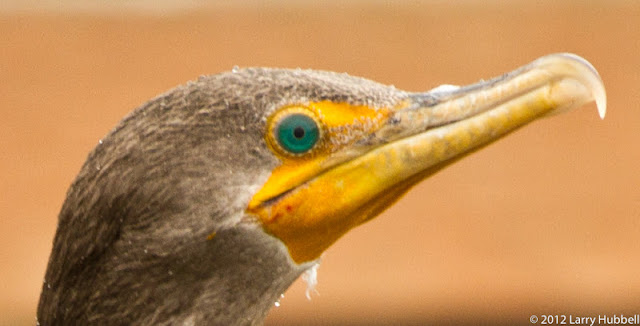 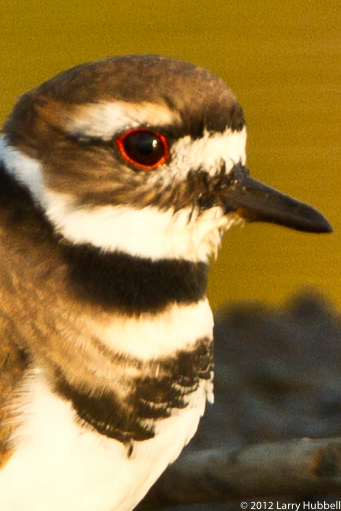 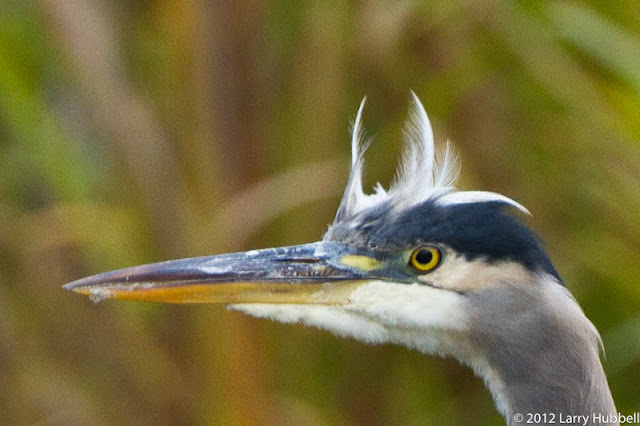 This unusual shot was taken just before a rainstorm blew onto the bay. The southern wind picked up the short feathers and made the appearance of a Great "Horned" Heron.

The respective names of the five birds are:


Here are some of the larger photos just for fun. 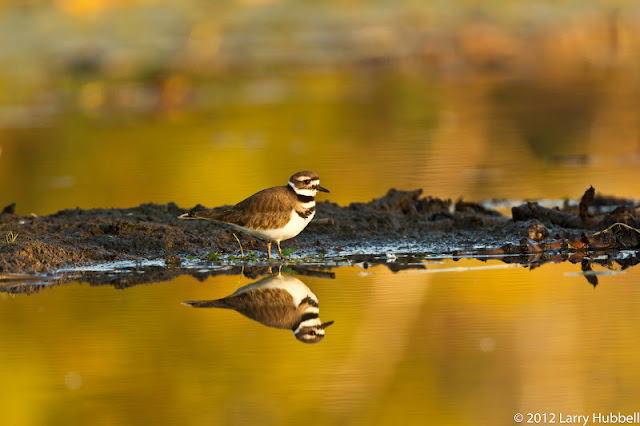 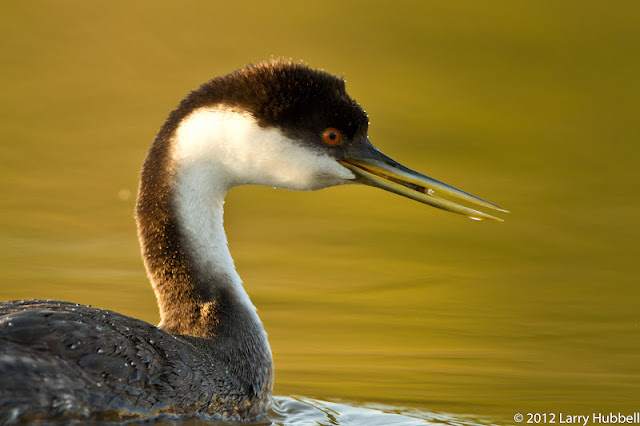 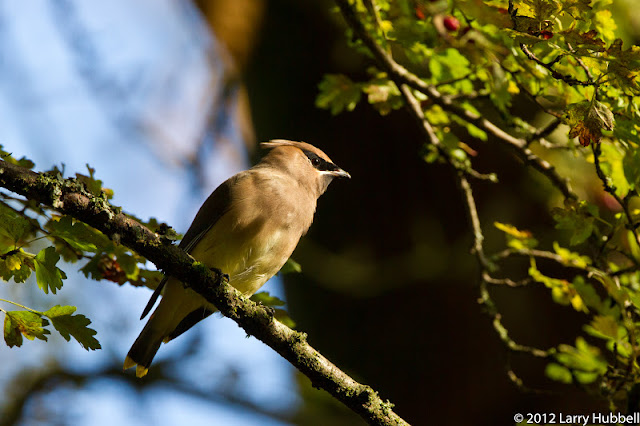 By the way, the Waxwings out on Foster Island have been feasting like crazy on the red berries of the Hawthorn trees. They have very nearly finished off the last two trees just north of 520. Hurry out and take a look if you haven't seen them grab a berry and shake it loose from the tree. 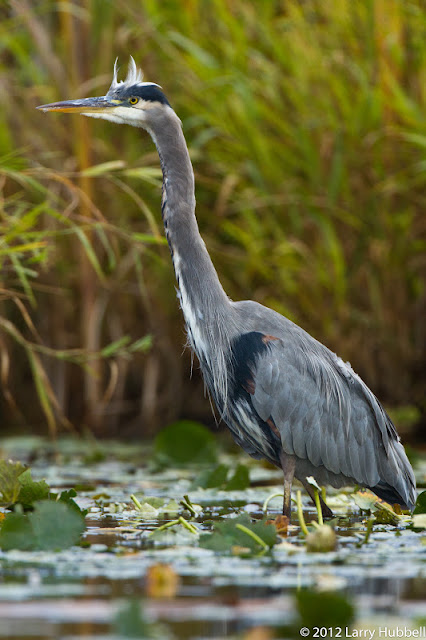 Thank you for your time.  Speaking of time, it is about time for the Tundra and Trumpeter Swans to be returning to Union Bay. Keep watch for a string of floating, white shapes in the distance. 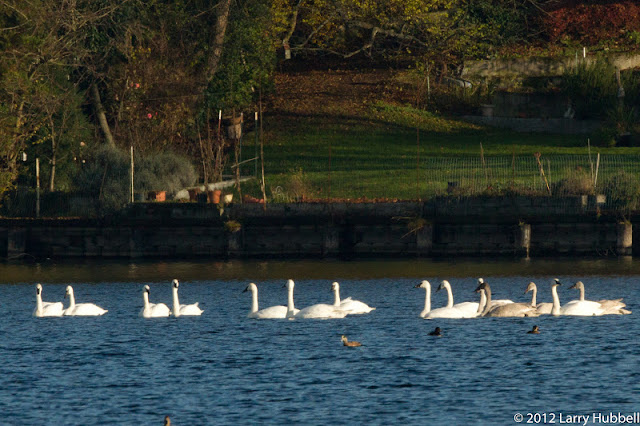 May your adventures on Union Bay be warm and sunny.