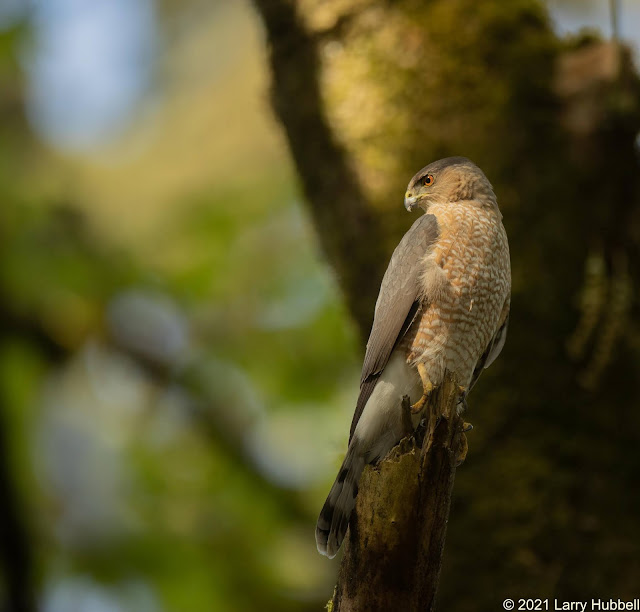 A few days ago, while winding through the shaded paths in the Arboretum, I came around a bend in the trail and stopped in my tracks. Stunned. The beauty of a Cooper's Hawk, sitting in the sun was an unexpected surprise.
The bird's focus was so intense I suspected it was hunting. I stood, waited, and watched. The hawk shifted, silently, before diving off the snag and over the side of the hill. It dropping like a stone toward the Woodland Garden pond.
I hurried down the trail, through the ravine, and around to the base of the hill. I was hoping to see what happened next. I visually searched the hillside, over which the hawk dived, but there was no sign of the accipiter. It disappeared like a breeze in the leaves. 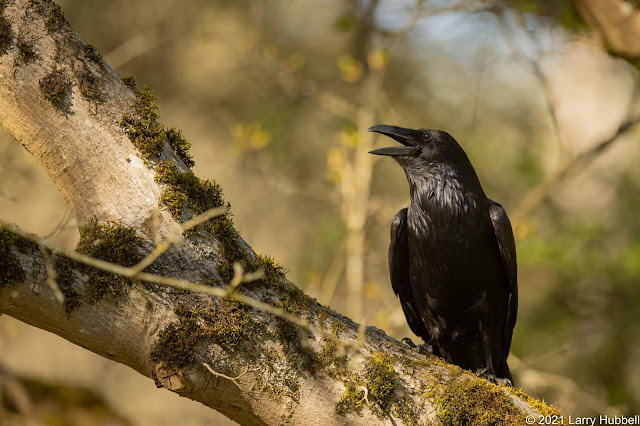 Usually, I have to do more to earn my photographic opportunities. For example, earlier the month, when I heard the agitated cries of Crows, I ran down a hill, through a parking lot, and across Lake Washington Blvd. I finally caught up with this Common Raven who was sitting in a tree while being harassed by the smaller corvids.
There was no question in my mind why the Crows do not like the Ravens. Last Spring, I watched the Ravens as they raided the Crow's nests looking for food to feed their young. At the time, it almost seemed like justice, given how often I have heard about Crows raiding the nests of American Robin's. 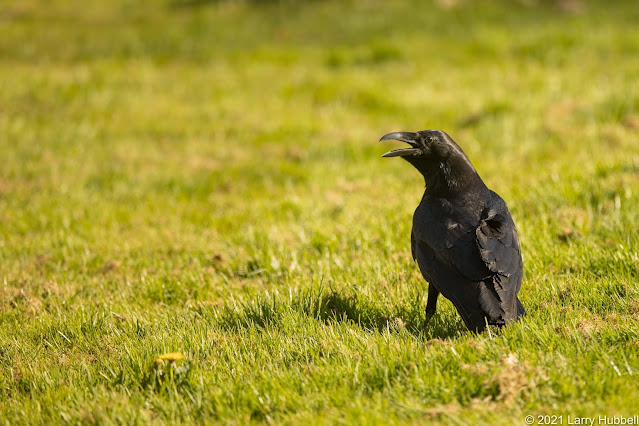 After the Crows calmed down, a little bit, the Raven descended to the lawn. I was very surprised to see a Raven on the ground, they typically spend their time in the upper portion of large trees. Often they will land near the top of a tall tree and survey the area for food. 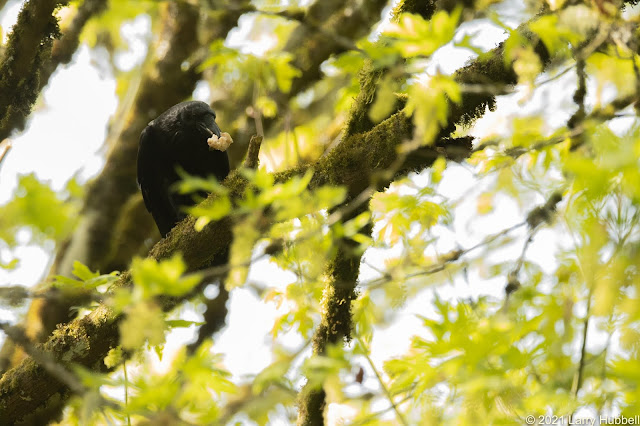 For example, about a week ago, I saw a Raven high in a Big Leaf Maple. It was eating the tree's flower blossoms. David Zuckerman, Manager of Horticulture at the UW Botanic Gardens, mentioned that they taste like cauliflower. (He was referring to the blossoms - not the Ravens.)
Regarding the Raven on the lawn, I was even more surprised that it landed fairly close to me. I can only guess that the Raven was looking for food but there was nothing visible except for grass. I have seen Barred Owls and American Crows eating worms, maybe that was what attracted the Raven. In any case, the Raven's movement, re-ignited the displeasure of the Crows and the chase resumed. They all flew back over the Boulevard, faster than I could follow, before disappearing in the distance. 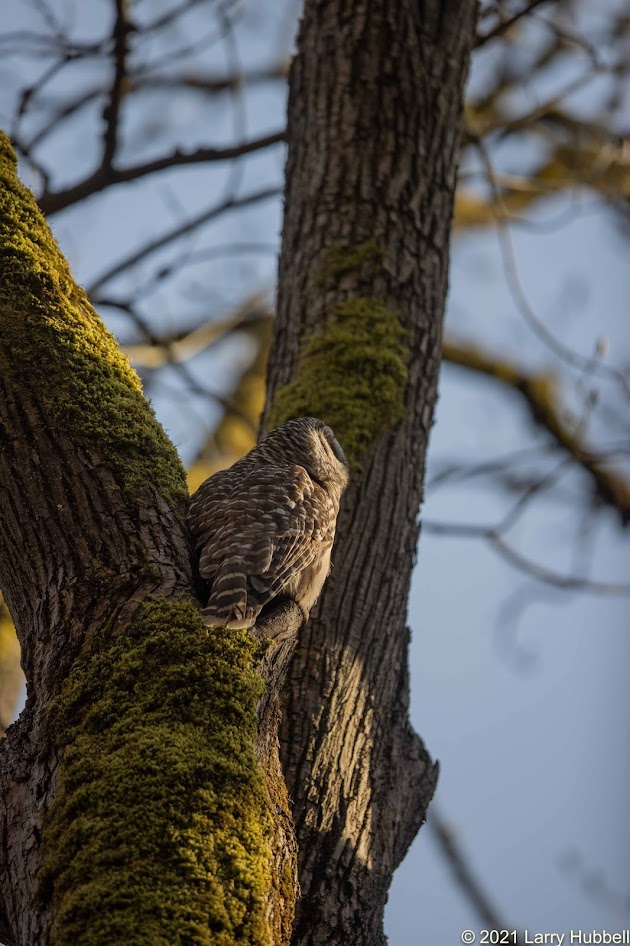 A similar sequence happened earlier this month, just east of the large pond at the lower end of Azalea Way, near Rhododendron Glen. While searching for the source of the Crow's displeasure, I did double-take. I nearly missed the brown shape of the owl which blended in with the bole of the Big Leaf Maple. 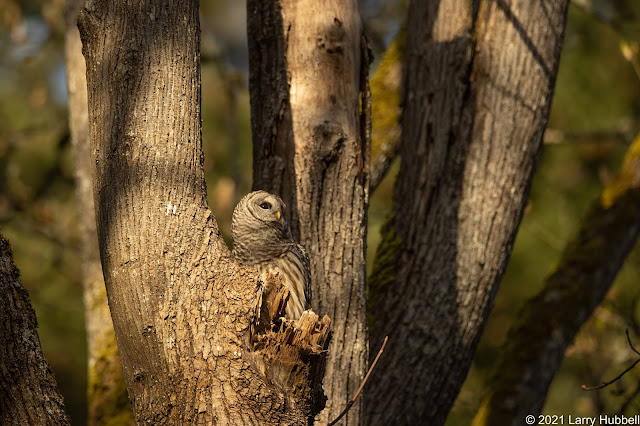 The owl hopped around among the various trunks of the tree while avoiding some of the unwanted attention from the Crows. I have seen a Barred Owl eating a Crow, so once again their displeasure was justified. 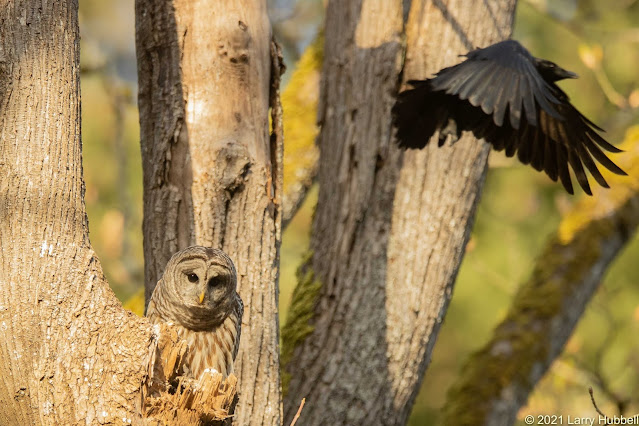 The Owl ducked from time to time as the Crows took turns diving in its direction. 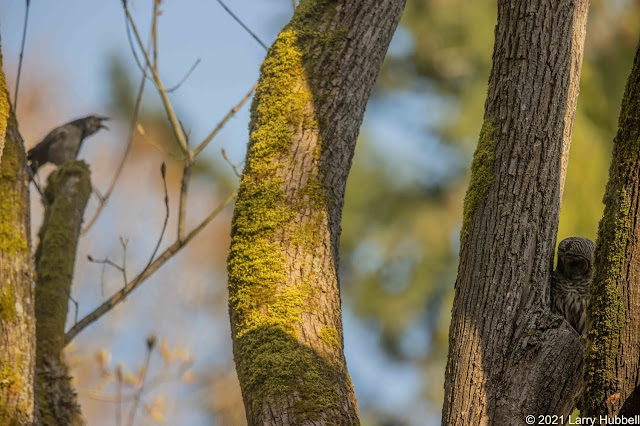 At one point, the owl almost appeared to be hiding behind the trunk on the right. Even with the owl out of sight, the Crow continued to loudly proclaim its presence. 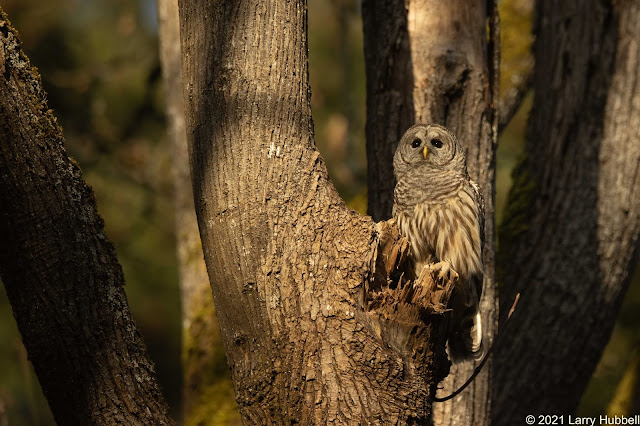 As the sun moved lower in the sky, the Crows finally went on their way. 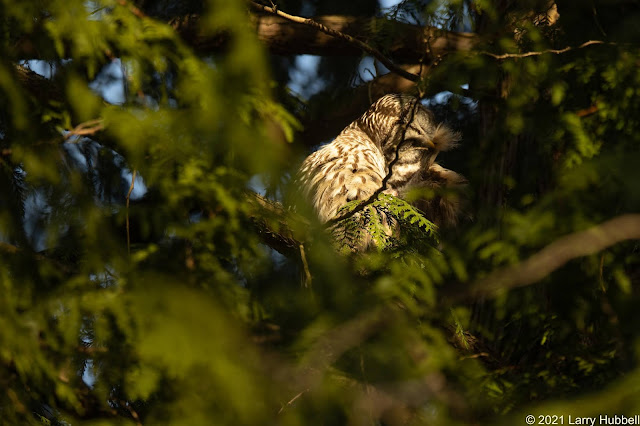 The Barred Owl moved to a less obvious location in a nearby Western Red Cedar where it proceeded to realign its ruffled feathers. 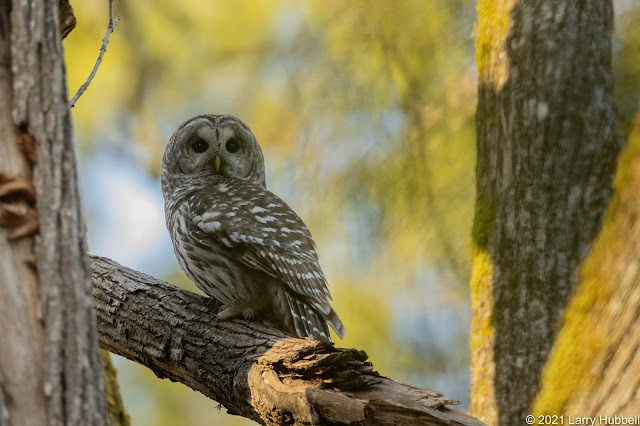 Its smaller mate appeared and stopped for a moment in the Big Leaf Maple before also finding a perch in the Cedar. This all occurred early in April at a time when I would normally expect Barred Owls to be incubating eggs. 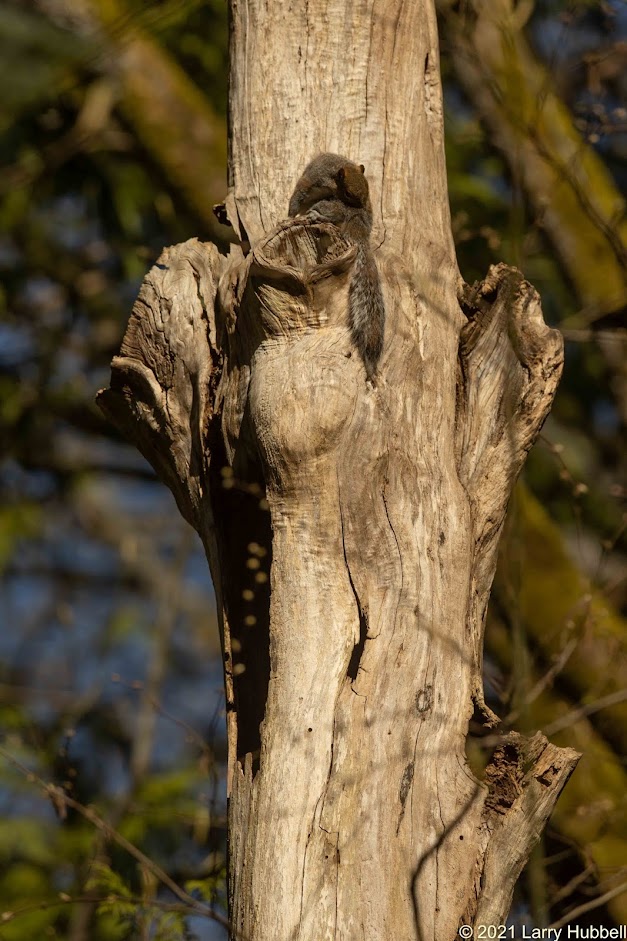 A week later I spotted an Eastern Gray Squirrel sitting in the sun and cleaning its fur. It was sunbathing directly above what was historically the closest known Barred Owl nest. If Barred Owls were using the nest this year the Squirrel might not have survived such foolish boldness. 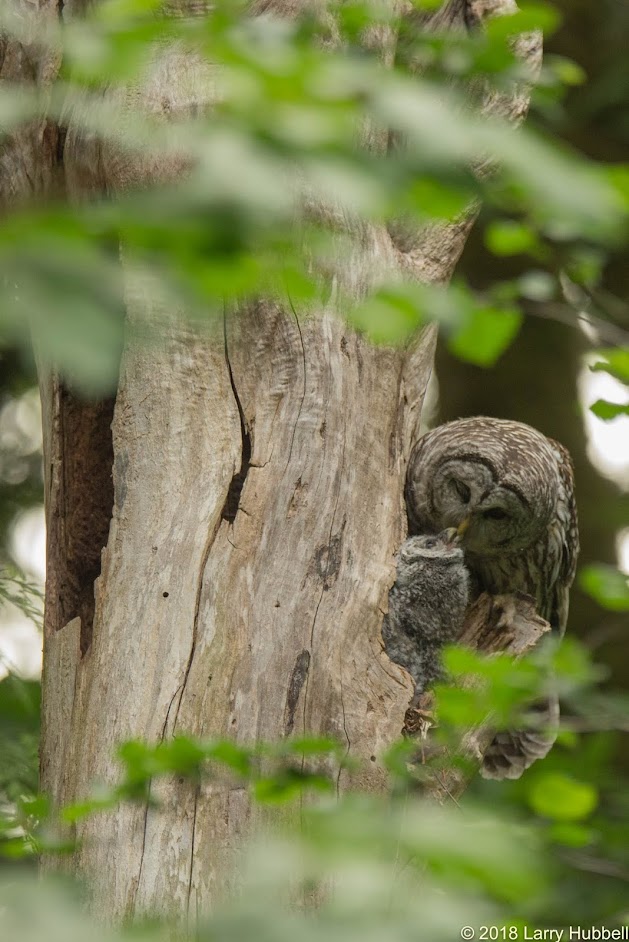 This flashback to 2018 shows the nest in use.
Last year, the nest site also appeared to be unused. Nonetheless, in 2020, the adults eventually turned up in the Arboretum with two young owlets. Hopefully, the same thing will happen again this year. 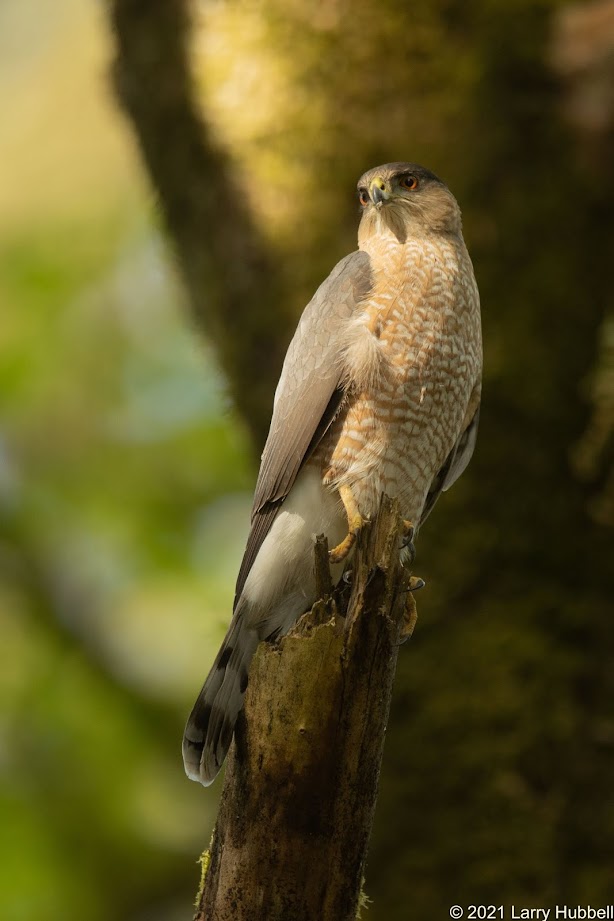 Back by the pond, below where I photographed this Cooper's Hawk, I decided to make a second effort before giving up completely. This time instead of just looking for a hawk on the ground with prey, I decided to visually inspect the nearby bushes and branches for the slightest glimpse of feathers. It worked. 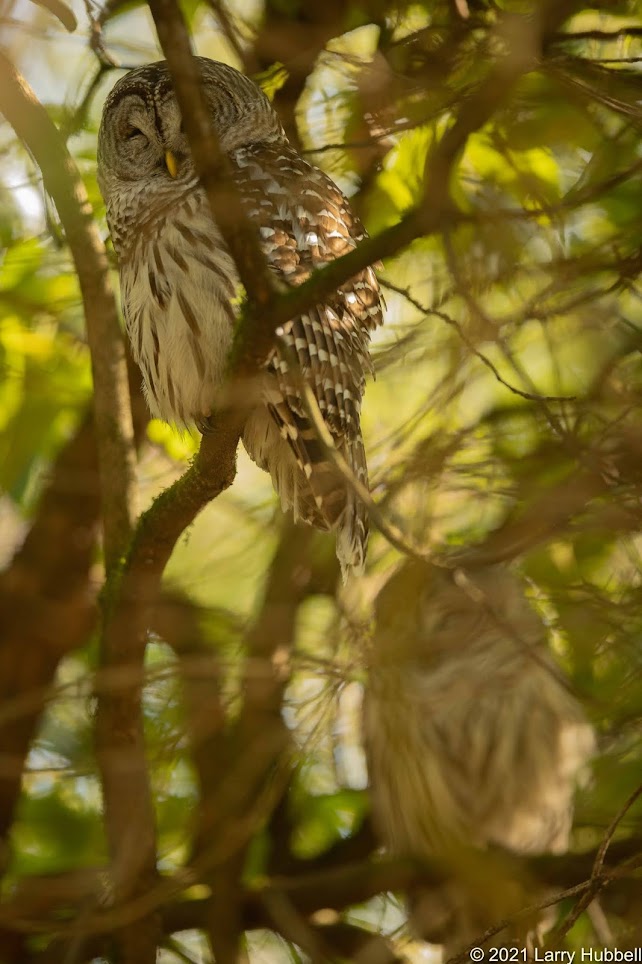 Although to my surprise, the feathers I found were brown. They belonged to this pair of Barred Owls. The sleepy owls were so close I had to back away to get this photo. Evidently, the Cooper's Hawk had not been hunting but instead was keeping tabs on the Barred Owls.

During April, I have been seeing what I believe are two different pairs of Barred Owls in the Arboretum. My theory is that the Woodland Garden pair is a different set than the Rhododendron Glen pair that we saw earlier.
Seeing both birds in both pairs, in April, as opposed to just individual owls, implies that no owls from either pair are incubating eggs. Still, I was surprised by young Barred Owls last year, so who knows. It will be very interesting to watch for owlets in the Arboretum during May and June. 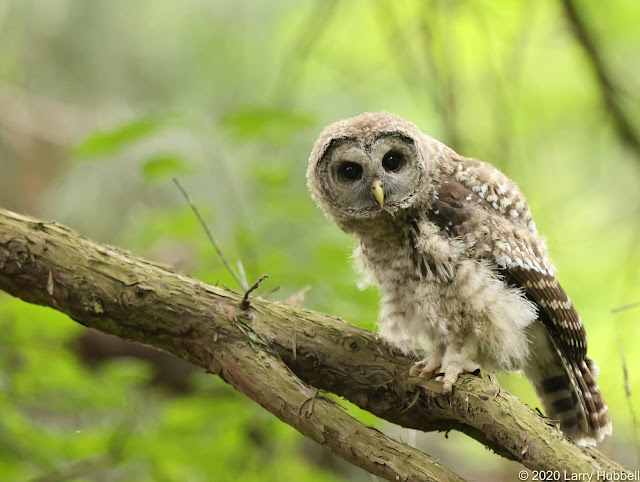 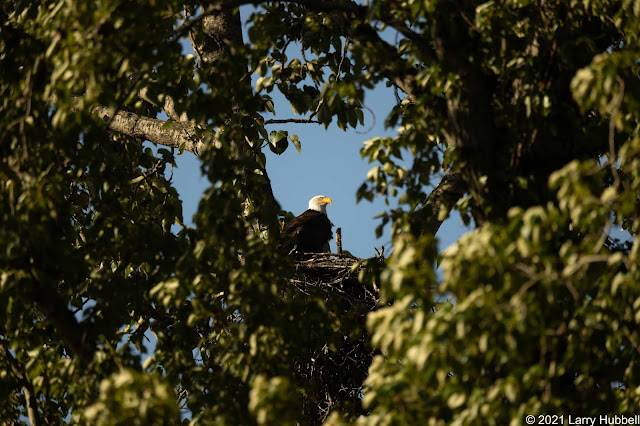 By the way, as my friend Tyler pointed out, Marsha's behavior in the Bald Eagle nest over Montlake Cut has changed. She is spending more time on the edge of the nest. We suspect her eggs may have hatched. The anticipation is building as we wait and watch to catch the first glimpse of her young.
*******************
With nature mysteries and surprises abound and Spring is the most wondrous and mysterious time of all!
Have a great day on Union Bay...where nature lives in the city and Black Birders are welcome!

Going Native:
Each of us, who breathe the air and drink the local water, needs to watch and protect our local environment. Native plants and trees encourage the largest diversity of lifeforms because of their long intertwined history with our local environment and native creatures. I have been told that even the microbes in the soil are native to each local landscape. I hope we can inspire ourselves, our neighbors, and local businesses to respect native flora and to support native wildlife at every opportunity. I have learned that our most logical approach to native trees and plants (in order of priority) should be to: 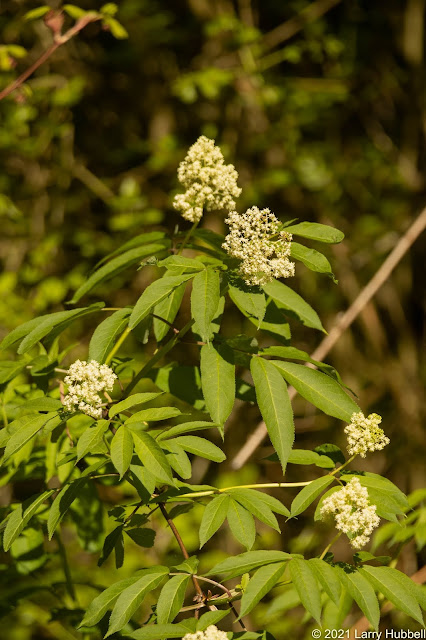 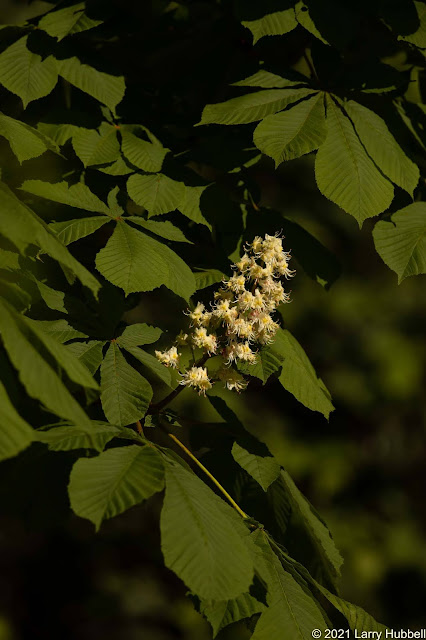 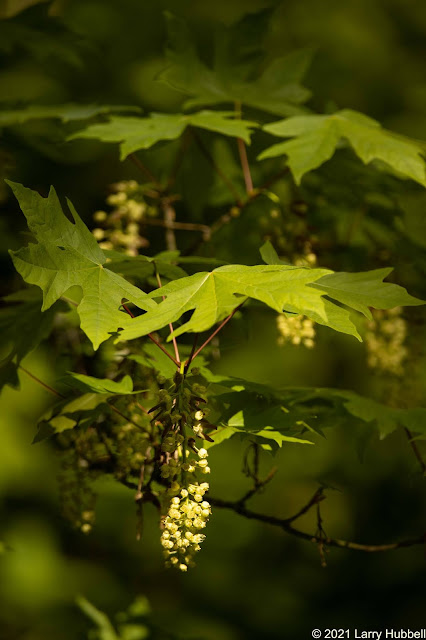 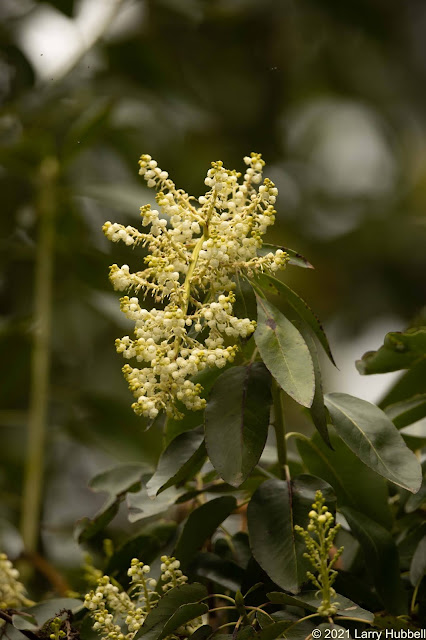 These photos above show four different types of blossoms that were all photographed in the Union Bay neighborhood during April. They belong to the following species:

Can you match the names with the photos? Is each one native to Union Bay?


Scroll down for the answer.
***************
Key: 1 = D, 2 = C, 3 = A, 4 = B
(Thank you to Richard who pointed out that I previously had 2 and 3 reversed.)
Three of the four are native to our area.
The Horse Chestnut is nonnative. Horse Chestnuts grow easily in our area and they tend to crowd out and replace Big Leaf Maples (BLM). Given that native creatures know how to utilize Big Leaf Maples, given that BLM leaves are larger and easier to rake and given that BLM fruit is smaller and less messy, I suggest replacing your Horse Chestnuts with Big Leaf Maples.
*****************
The Email Challenge:
Over the years, I have had many readers tell me that Google is no longer sending them email announcements - regarding my posts. Google never responded to my requests for help with this issue. Now, in 2021, the service is being discontinued.
In response, I have set up my own email list. Each week, I manually send out a new post announcement. If you would like to be added to my personal email list please send me an email requesting to be added. Something like:
Larry, I want to see more of nature. Please add me to your personal email list.
Thank you for your patience and interest! 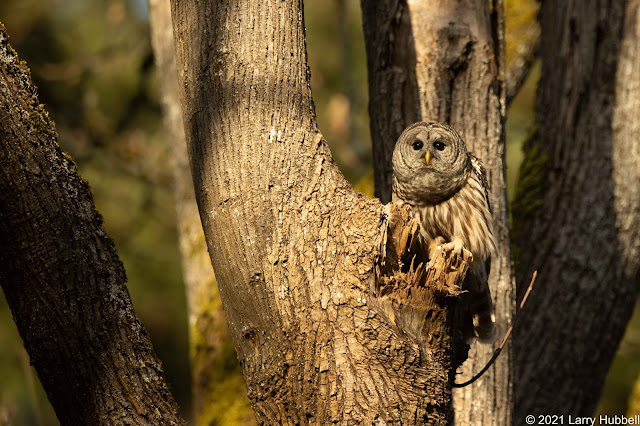 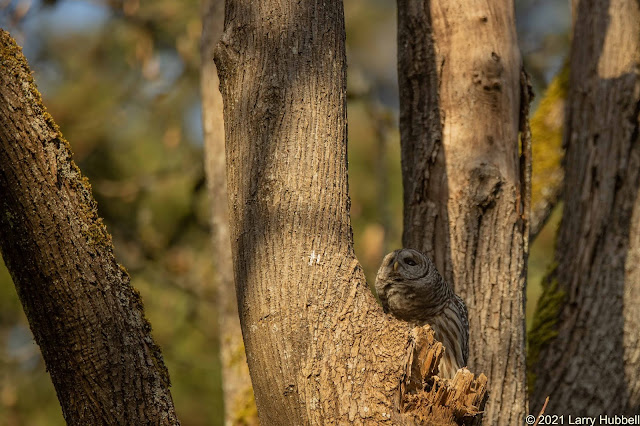 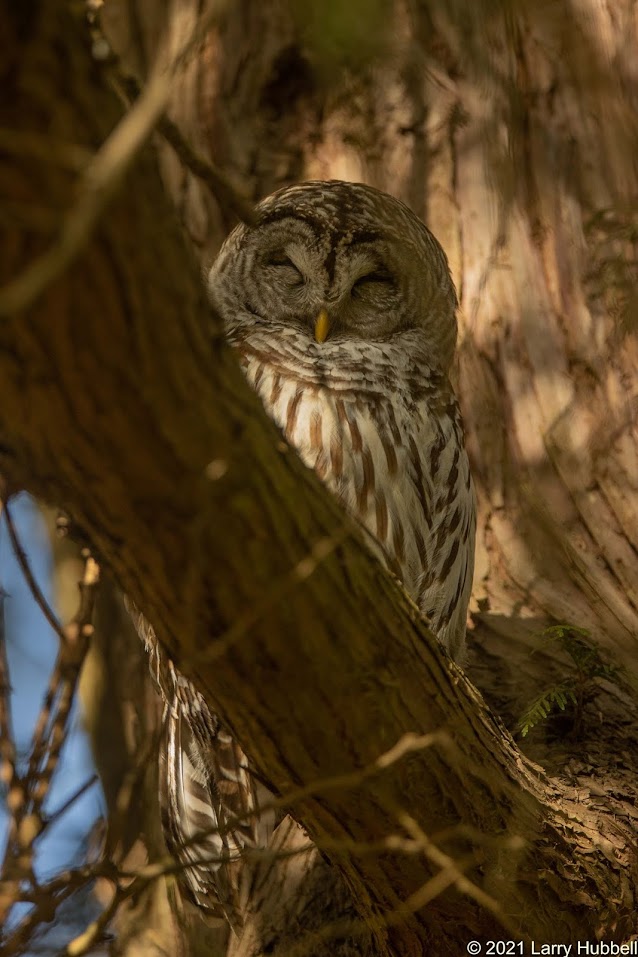