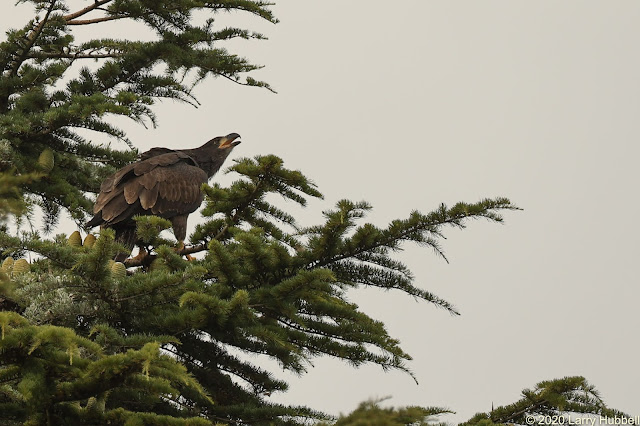 Congratulations to Tyler and Sue! They saw the same thing I saw yesterday morning but they came to the correct conclusion. I too saw no sign of Tsuloss in the nest on Friday morning. There was a lot of nearby construction noise. On previous occasions, in similar seeming situations, Tsuloss had been laying down in the nest, invisible from the ground until she moved about.

Yesterday afternoon, after being inspired by Tyler and Sue, I went back to double-check. There was still no sign of Tsuloss in the nest or the nest tree. I crossed over to the north side of Montlake Cut.  I was hoping the angle would increase my visibility into the nest. Still, there was no sign of Tsuloss.

I was a bit despondent until I heard a faint 'Tsuloss-like' cry. I turned to the east and saw the flash of a dark eagle flying towards Monty and Marsha's favorite hunting roost, just north of the Waterfront Activities Center. It was Tsuloss. She landed in the old-world cedars. 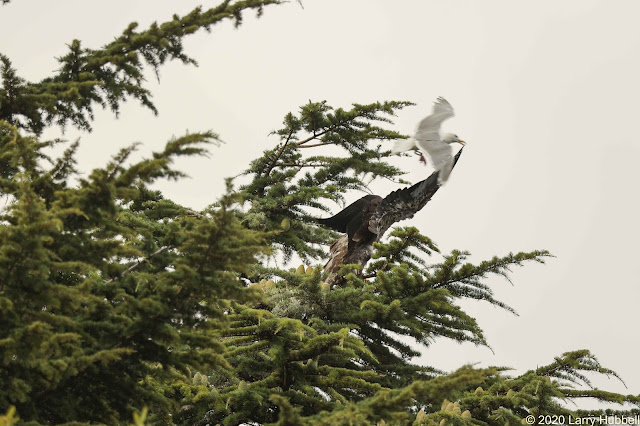 For a few minutes, she was harassed by a gull. 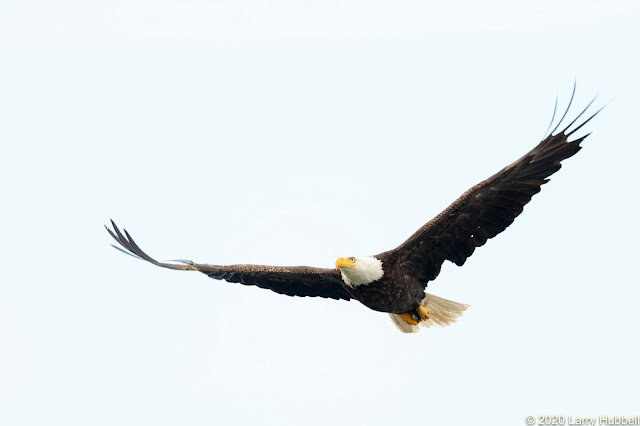 After Monty, her father, circled the area the harassment stopped. He may have been carrying food. Although, I did not see a food delivery to Tsuloss or either of them actually eating. 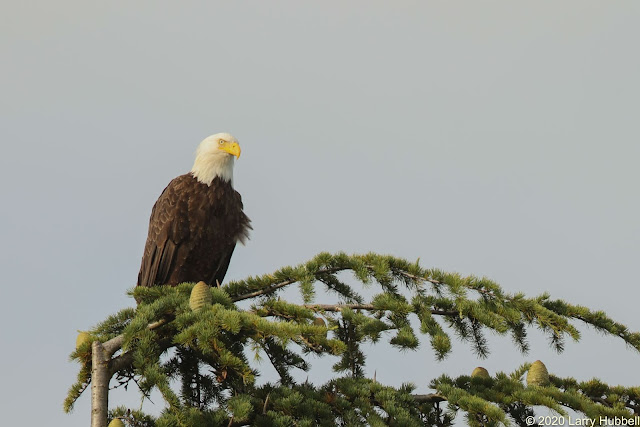 Monty landed nearby where he could keep a close eye on Tsuloss. 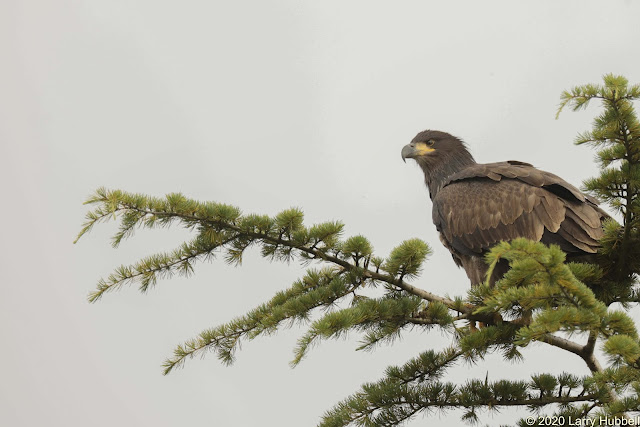 Tsuloss stared back at Monty while continuing to beg for food. I watched for quite a while before needing to head home. Both eagles seemed to settle in. 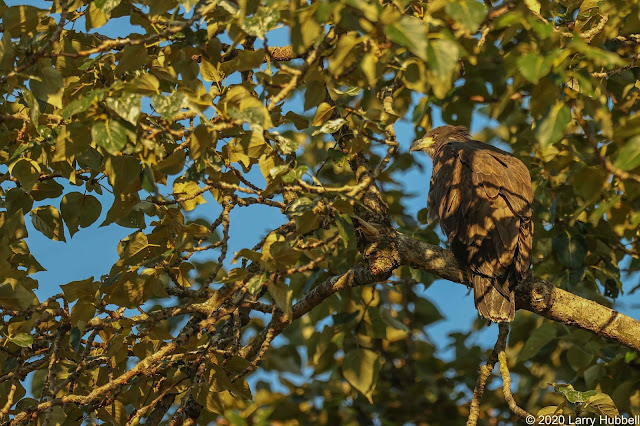 This is my last photo of Tsuloss, from when she was consistently in the nest tree, which was taken on Wednesday evening. This means she most likely left the tree on Thursday the 16th or Friday the17th. Thanks again to Tyler and Sue for realizing what was happening.

The obvious winner of our contest to guess Tsuloss' first flight is:


Thank you to everyone who played and to all of you who followed along!

Nature is a wonderful teacher. This week I learned, once again, how misconceptions can lead one to erroneous assumptions and the need to constantly validate our assumptions.

Last year, after Monty and Marsha's young eagles fledged, the parents often brought food to the nest and the young returned and ate their meals in the cottonwood. Yesterday, I was asked where the young one will spend her nights. I had to say I don't know. It will be very interesting to watch and see what happens over the next few weeks. I certainly hope you are able to get out and observe the process. There is always more to learn!

Have a great day on Union Bay...where nature lives in the city and Black Birders are always welcome!

Posted by Larry Hubbell at 7:04 AM