An Owl in Autumn Gold 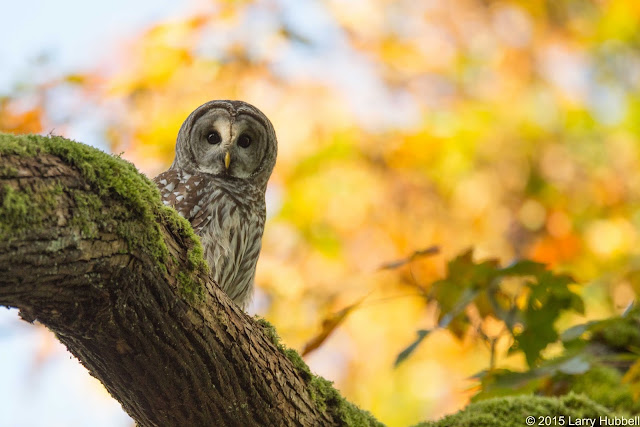 The leaves have turned to gold in the Arboretum. The young barred owl's youthful down is gone. With fresh, new feathers it is beginning to look a lot like its parents. 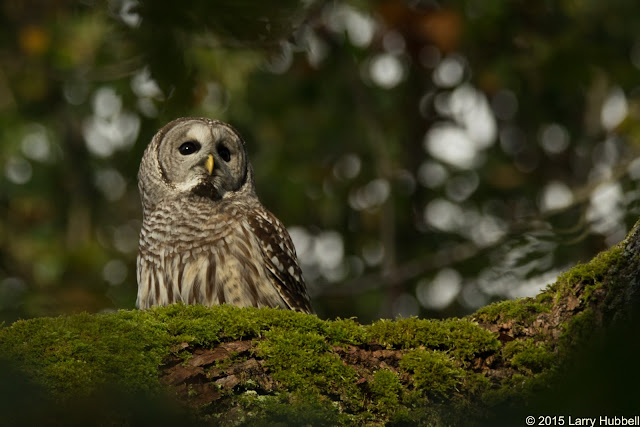 In fact, if the young owl had taken a stately pose, stayed in the shade and just winked once or twice, I would have guessed it was one of the parents. 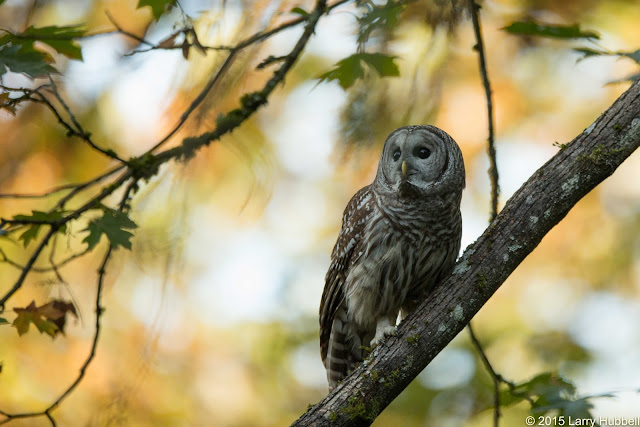 Instead, the owl leaped from tree to tree, chasing and being chased by jays. 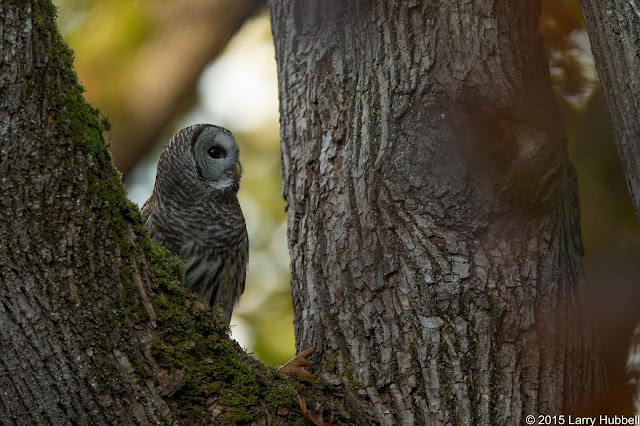 It tried to hide in the large crotch of a big-leaf maple... 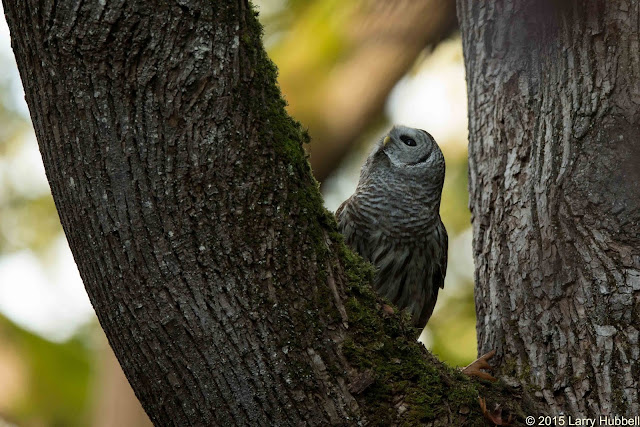 ...but the stellar's jays were not so easily fooled. 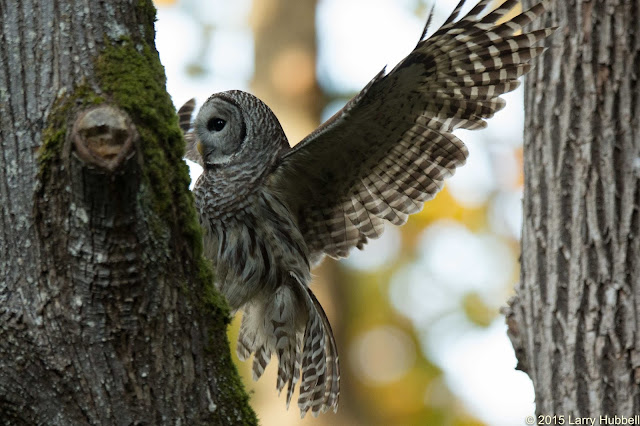 The owl tried intimidation, which kept them at a distance, but it had no impact on their corvid attitudes. 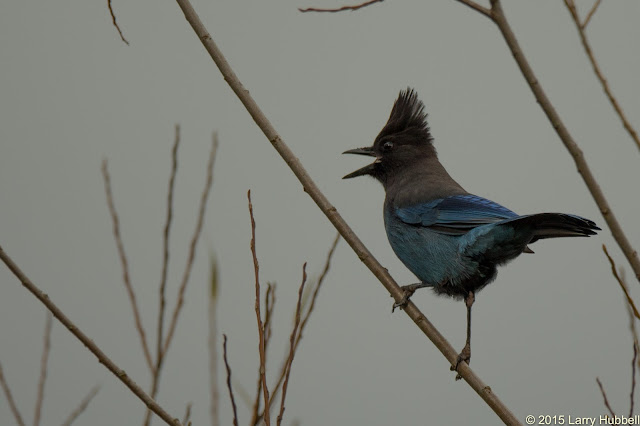 This photo was from a few days later, however the attitude was precisely the same. 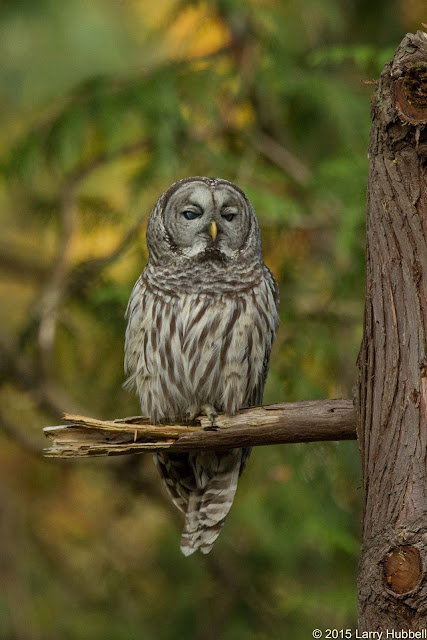 When the owl quit playing, the jays moved on. 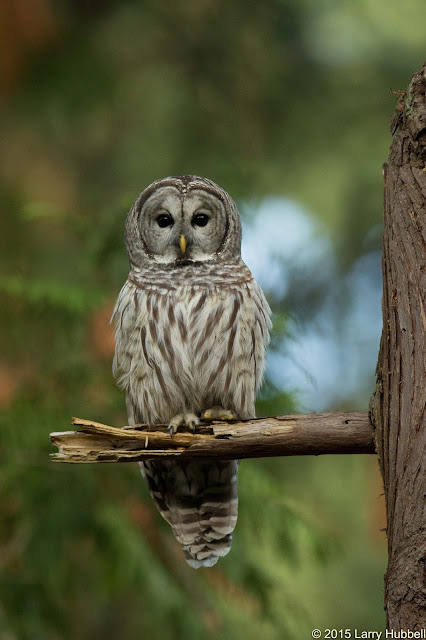 While trying to determine if my daughter's dog, Ginger, was fit to eat... 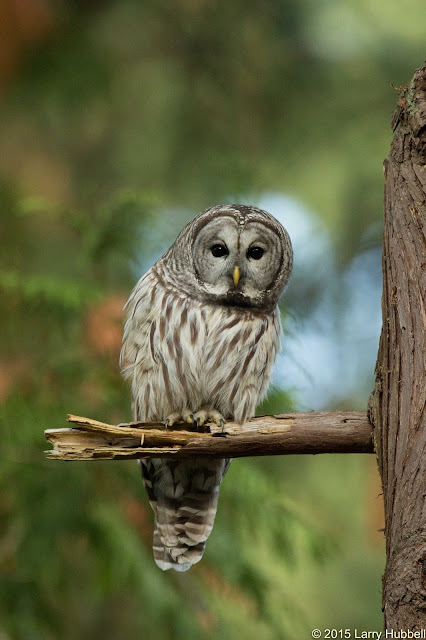 ...its exaggerated head movements reinforced my belief in its youth. 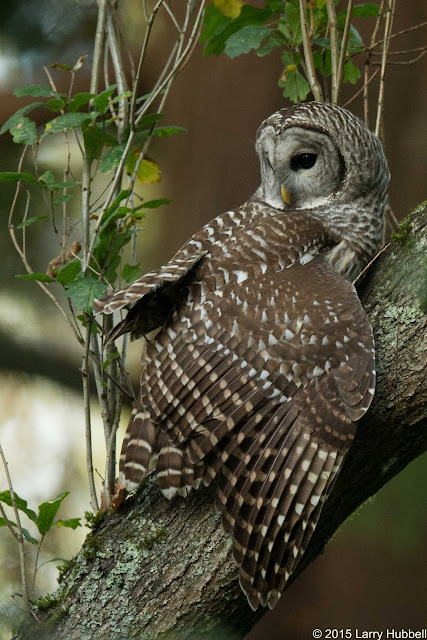 It soon moved to another tree and when it heard the sound of a squirrel it began to stretch, before moving silently closer. 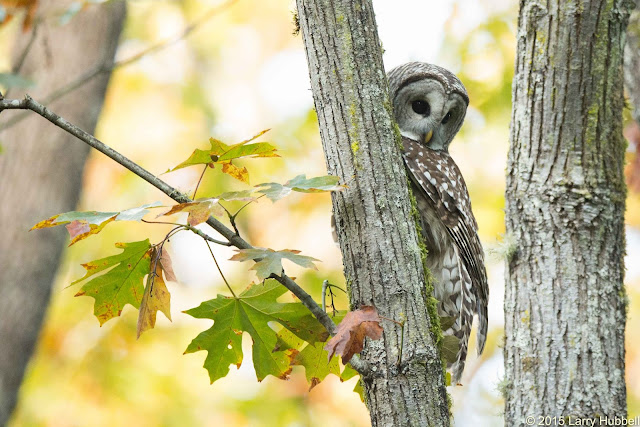 It was the squirrel's lucky day. The young owl was unable to catch the speedy rodent. 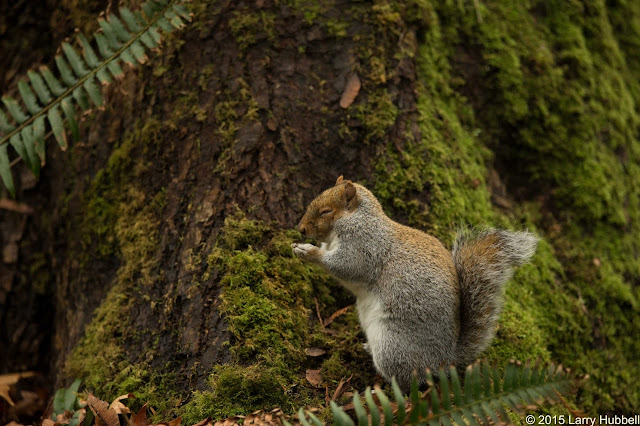 Over the next few days, I have seen no sign of the owl, but I have noticed a squirrel in the area. The squirrel seems unable to open its left eye. 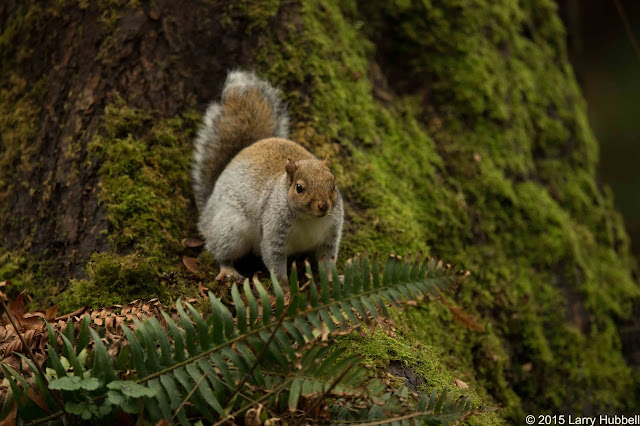 I suspect the young owl will be back, with the thought of one-eyed squirrel on the menu. It should be a fairly even contest. The inexperience of youth against a quick, but optically-challenged squirrel.

After the post about crows fighting, two weeks ago, Carl Bergstrom sent in this surprising email.

Just last night I marveled at your photo series of the crow battle from your Union Bay Watch blog, thinking that despite watching crows for decades I'd never seen a protracted on the-ground fight like this.

Then today on the way to work, just a few blocks from Union Bay, I saw six crows tumble from a telephone wire down onto a side street. They dove down faster than usual, so I looked to see what they were up to. To my surprise, two were locked in a struggle much like the one you pictured. The other four were jumping around, cawing loudly, pulling at the combatants and I think as least one of them was pecking at the underdog. I pulled the car over, and got out to watch. Before I could get into iPhone photo range, though, a car came down the side street and the crows all flew back to the telephone wires. (I think the loser fled).

Anyway, I just wanted to let you know how much I enjoyed that blog post and what a kick it was to see something like that in person the very next day.

With my best regards,
Carl

Later, Carl mentioned asking Professor Marzluff what he thought about crows fighting. As luck would have it, Professor Marzluff presented at the Washington Ornithological Society meeting this week. His presentation was about his new book, Subirdia, which was very interesting. (I am thinking gift idea!)

Anyway, I had the chance to ask what he thought might have caused the fight. He said crows are very territorial, even though they roost together at night, during the day they will go to great lengths to defend their territories.

I believe he also mentioned that as younger birds mature there is more competition. My understanding is that this time of year might be the prime time for territorial fights. This is when the young birds leave the care and feeding of their parents and venture out to find their own place in the world. 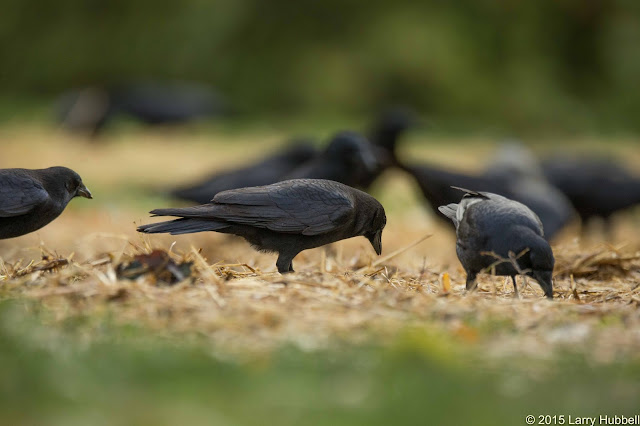 I didn't think to ask about seeing hundreds of crows calmly feeding together around Husky Stadium during the days after big football games. I suspect they must call a territorial truce anytime they have an all-you-can-eat affair.

Have a great day on Union Bay...where nature fights, feeds and lives in the city! 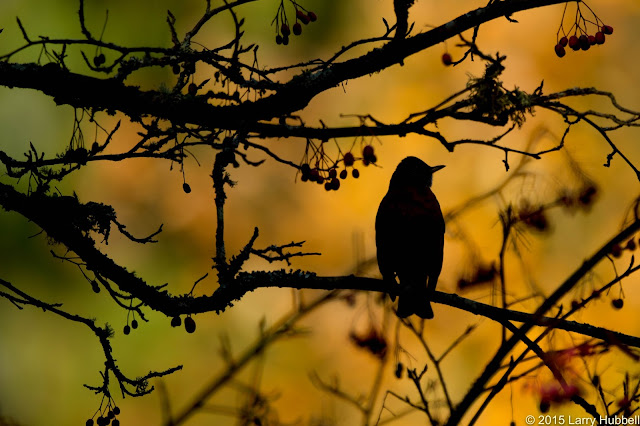 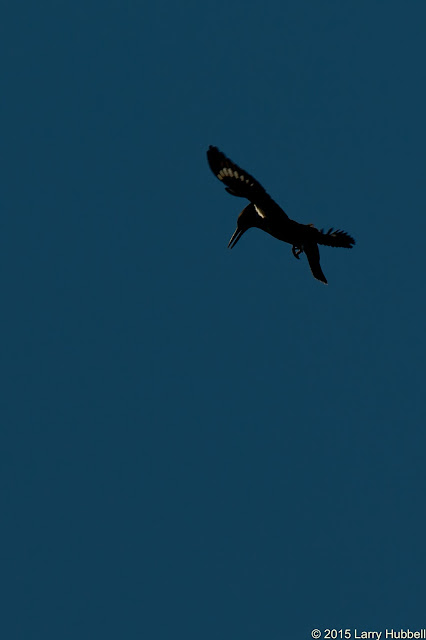 This photo, from last week, shows a belted kingfisher. The keys that help with identification are:

a) The bill length relative to the body.
b) The hovering position in the air, with a downward fixation and
c) The tiny little feet.

Great Job! - To the reader who posted the answer earlier in the week.