Zen and the Art of Feather Maintenance 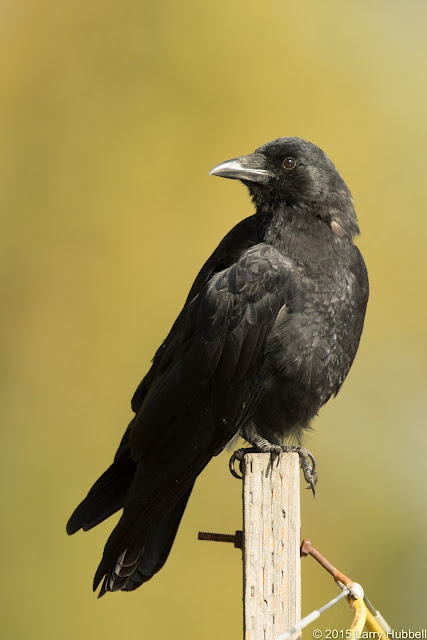 Last week's photos of cedar waxwings were taken primarily on the west side of the Union Bay Natural Area. After looking at the photos, some of my readers wanted to know, "In what type of trees were the birds feeding?" This week I went back to take a closer look.  After looking at the shape and distribution of the leaves, size of the fruit and the color of the bark, my best guess is some variety of the genus malus, commonly called crabapples. 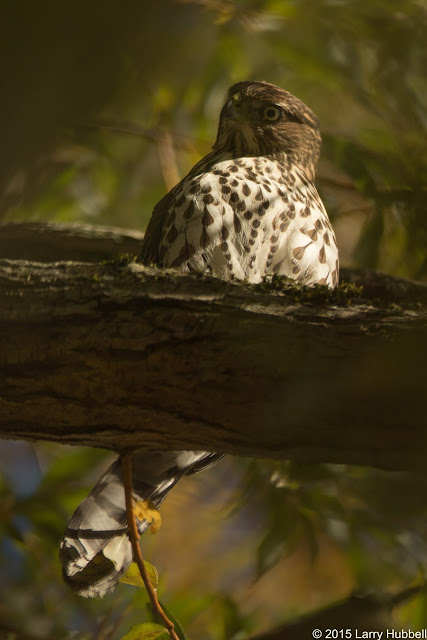 This time I did not see any waxwings in the fruit trees, but I did spot a cooper's hawk in a nearby willow tree. It might even have been the same bird that chased the waxwings out of the crabapples, last week. The vertical stripes on this hawk's chest and the light color of its irises tell us that this is a young bird. However there is another factor that makes me think this bird is a cooper's hawk, instead of the very similar sharp-shinned hawk. Can you pick out the distinctive feature?

Just after taking this photo, an instructor with a class of students approached the same area. I showed them the the cooper's hawk photo and listened for a few minutes as the instructor pointed out birds and their distinctive features. It turned out that the instructor was John Marzluff. He is the University of Washington scientist who researches, teaches and writes about crows, birds and urban ecology. His classes sound fascinating. 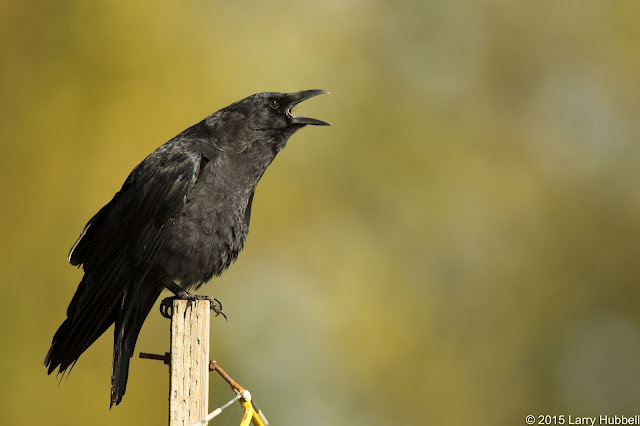 As I headed home I came across this crow sitting in the sunlight. After announcing our presence to the world, the crow quickly quieted down. It did not seem at all intimidated by me or by my daughter's dog. The lighting was very nice and the yellow cottonwood leaves provided a complementary background, so Ginger and I decided to stay and share a little sunlight with the crow. 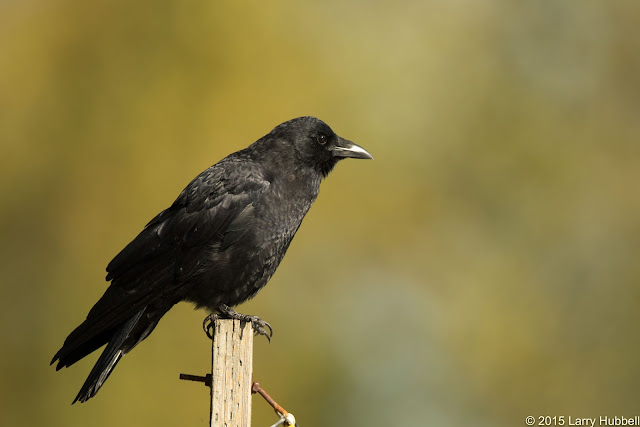 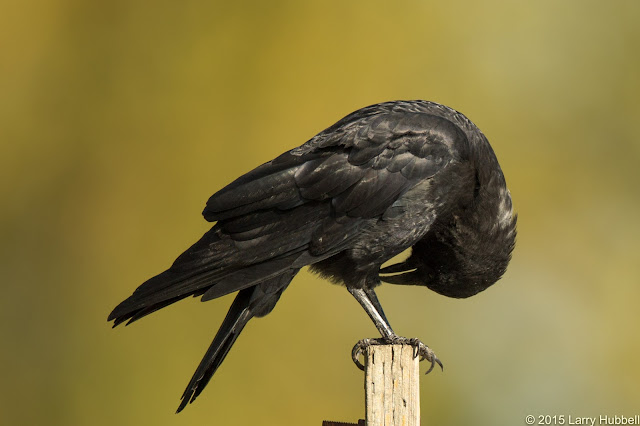 Not being one to waste time, the crow began to groom itself. 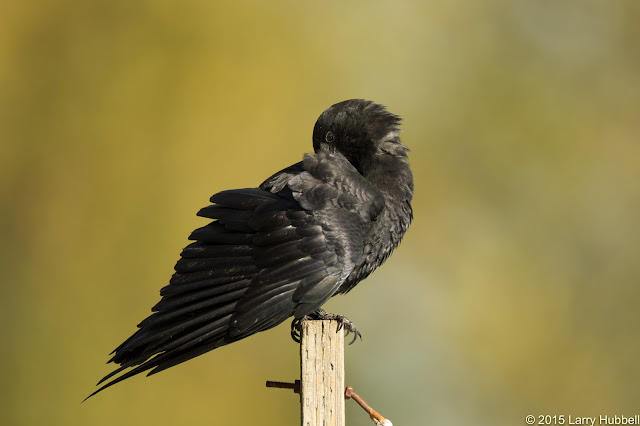 As with all birds, keeping their feathers clean is critical to their survival. 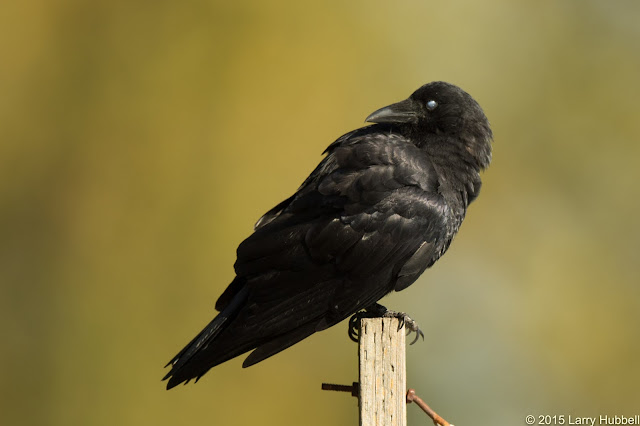 I know from reading about Professor Marzluff's research, that crows are very intelligent. In an alternate universe, without a human society, I would bet on the evolution of the crows. It does not seem like much of a stretch to imagine a crow writing, "Zen and the Art of Feather Maintenance." 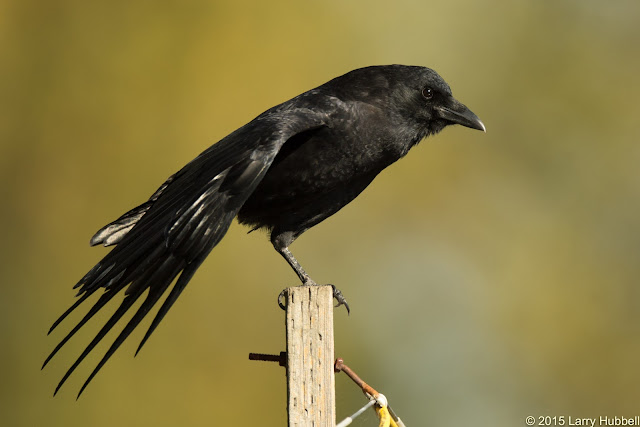 It is also easy to conceive of crows doing yoga. After awhile, something attracted the crows attention. I suspect it had to do with food. 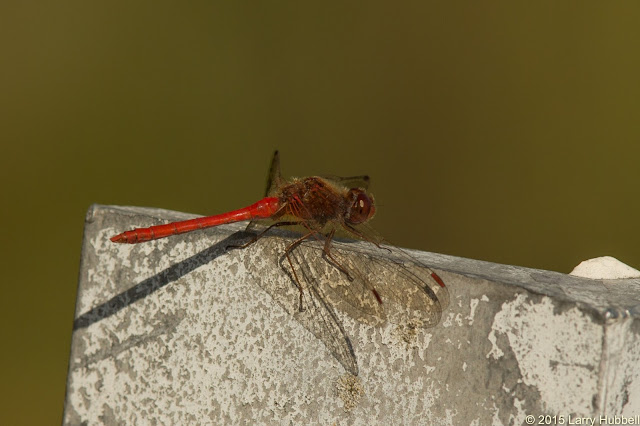 It might even have been this dragonfly. Thinking of crows and food reminded me of the wide variety of things that crows will eat. Their broad selection of food sources is no doubt indicative of their intelligence. 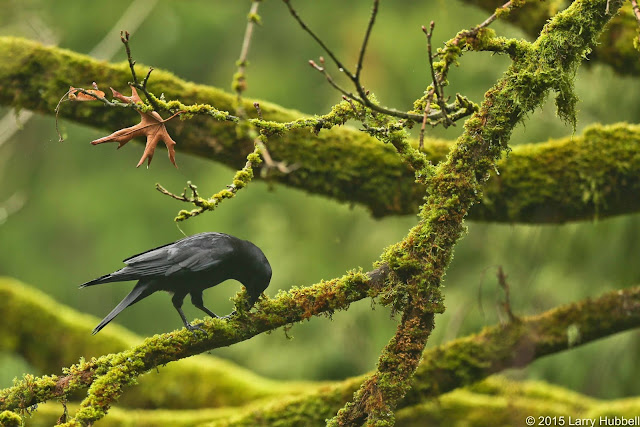 In the winter they will search for food in the moss on big-leaf maples. 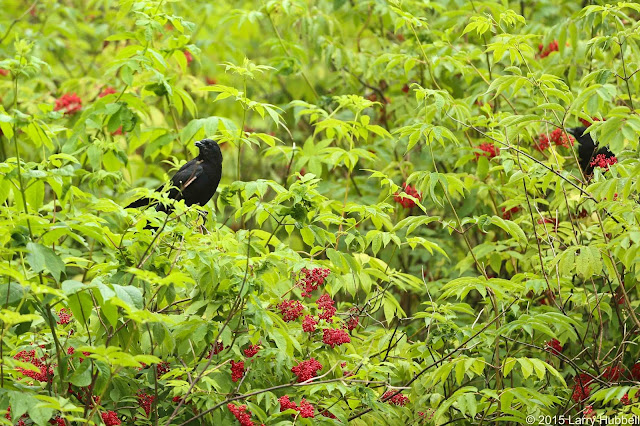 In the spring crows will eat elderberries. 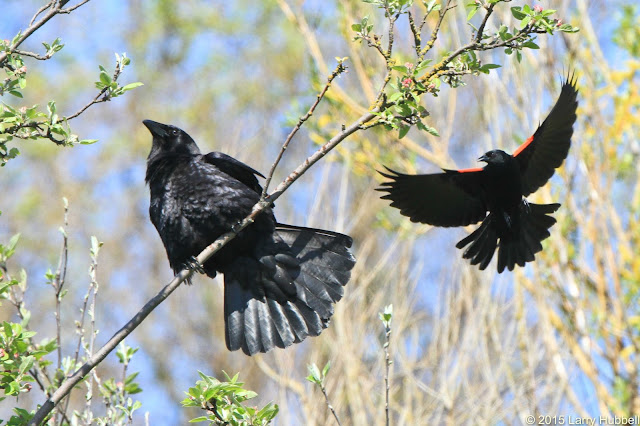 Also in the spring, red-winged blackbirds will chase crows away from their nests. Which implies that if given the chance crows will eat nestlings or eggs. We have all seen crows eating worms in our yards, side by side with the robins. We have seen them looking for food in overflowing garbage cans. Clouds of crows are especially obvious searching through the litter after a Husky game. Crows will systematically turn over the leaves in the gutters of both houses and streets, looking for food. Plus, we have all seen them eating roadkill beside our highways.

This week while kayaking, my wife and I watched them catching insects in flight, like oversized and slightly inept swallows. I have also watched a crow eating pieces of dried bread, probably stolen from people feeding ducks. Most surprising for me, was watching the crow dipping the dry bread in the water to soften it up before swallowing it. Finally, I have watched crows fly out over the bay, drop down to the surface and pick up the bodies of small fish. Each spring, sticklebacks returns to Union Bay to spawn and die and I am fairly certain they are the source of this added protein in the crows' diet.

If you have watched crows finding food in other ways and would like to share your experiences, feel free to email me (ldhubbell@comcast.net) or to add your stories in the comments section below.

PS: The key identifying feature on the cooper's hawk was the rounded tip of the tail. According to multiple sources, the tails of sharp-shinned hawks are much more squared in shape.

What Bird Am I? 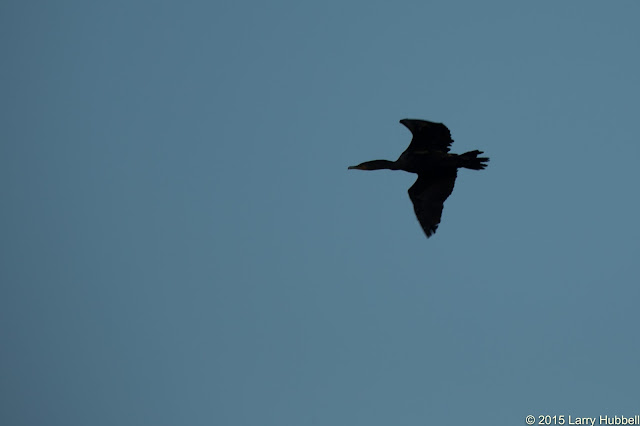 I am thinking about adding one bird silhouette to each week's post to help you test your skills at identifying birds. Can you determine what type of bird this is? The answer will be in next week's post.