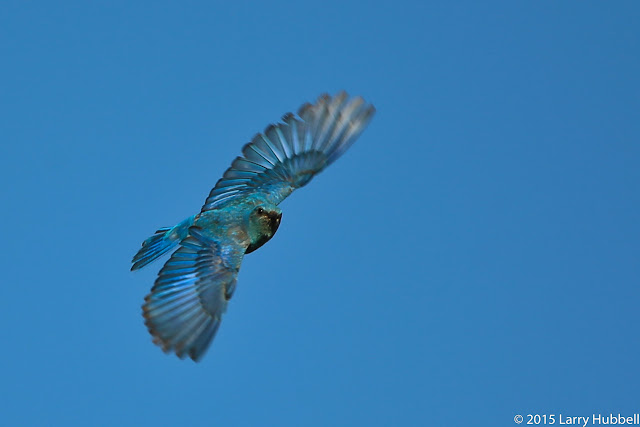 The blue birds in this week's post, spent their spring in the sagebrush, east of the Cascades.
Abundant water and food entices more than a hundred species of birds to visit Union Bay each year, however I have not seen any of these birds locally.

There are three different types of "blue" birds, in this post. If you would like a challenge, you may:

If you are an experienced birder, you can test your recall by correctly naming each species. 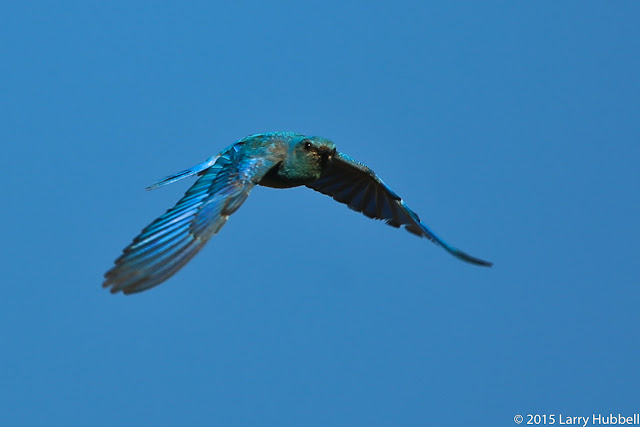 Hunting insects from the air requires a large investment in energy. 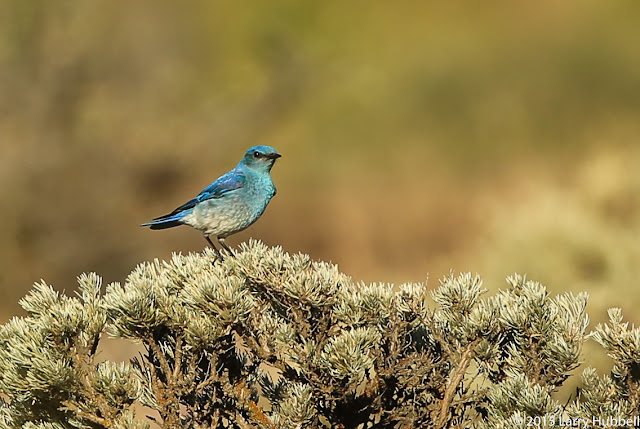 A more cost effective approach is to hunt from a perch, just a few feet above the ground. (The difference in the bird's blue color between this photo and the prior is partially due to the light. In addition, the blue on the head and breast is lighter than the blue on the wings and the tail.) 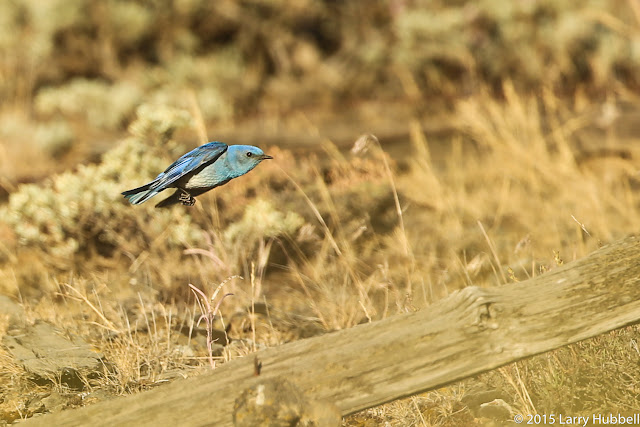 Being closer to the prey shortens their airborne time and the effort required to secure food. 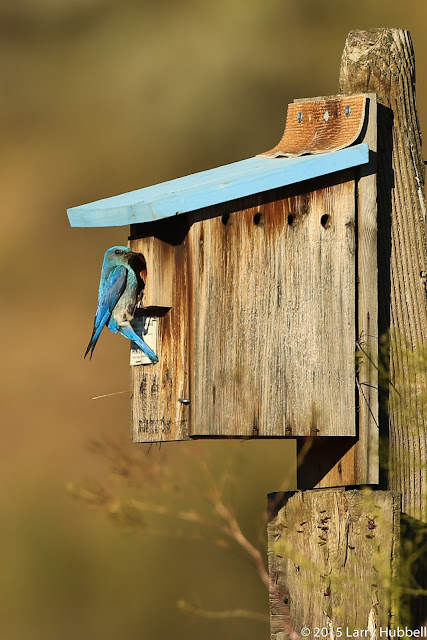 This is particularly important in the spring when feeding young. 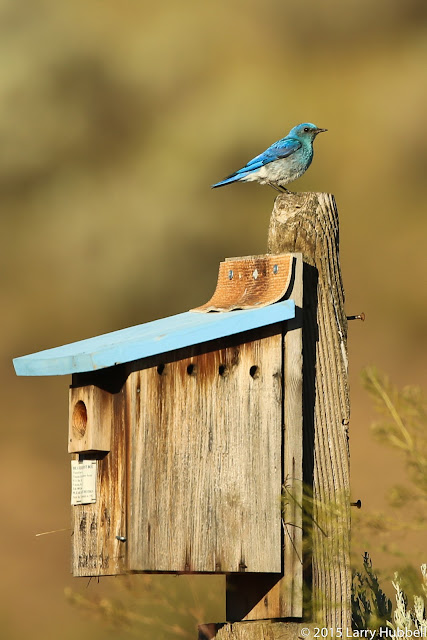 The male is not the only one involved in hunting. 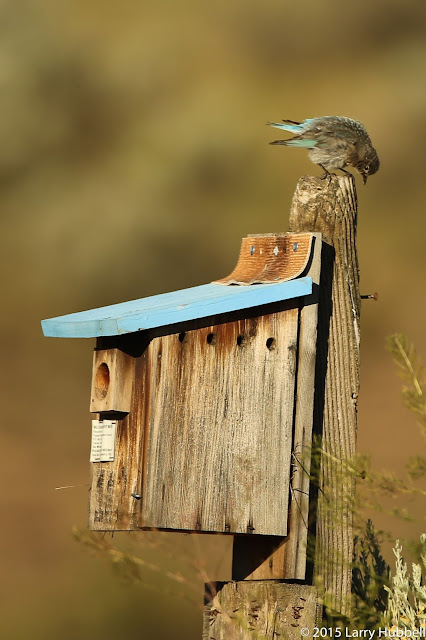 The female also looks for food. 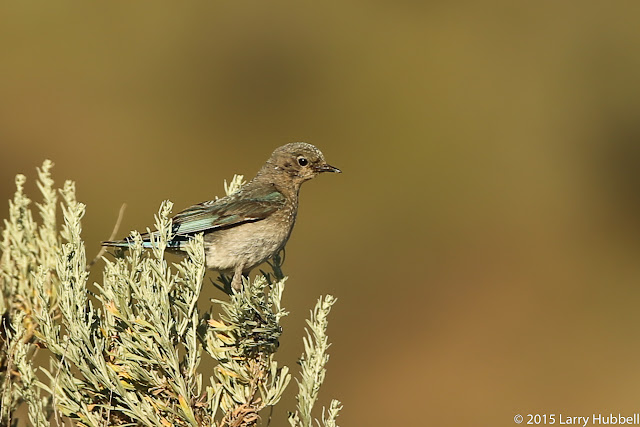 Her coloring allows her to blend in with the sagebrush, rather than than blending in with the sky, like the male. 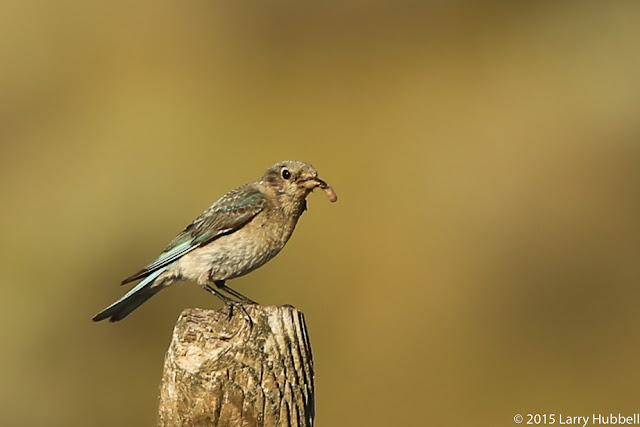 It would be interesting to study whether the female hunts near the ground more often than the male, given the variation in their natural camouflage. 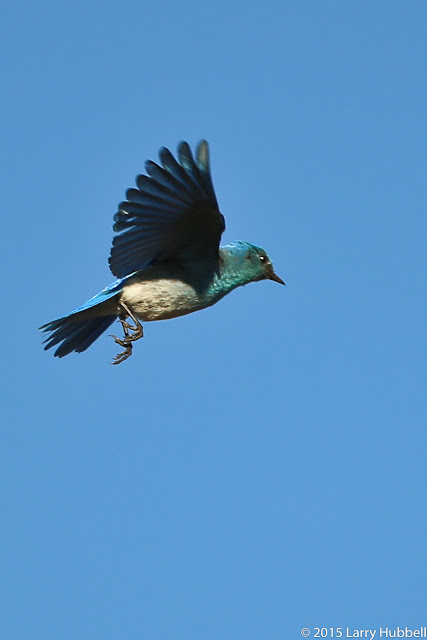 "The Birds of North America" implies that the variation in hunting styles is related to demand (e.g. young in the nest) and availability, it does not mention anything about variation by gender. In any case, hunting while hovering is apparently a last resort. 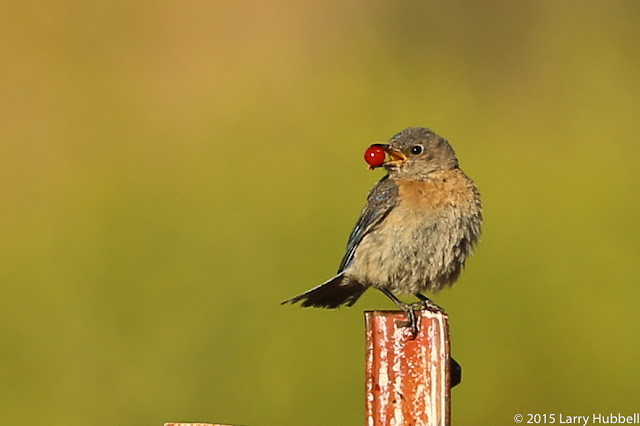 Our second type of blue bird resides in a similar habitat... 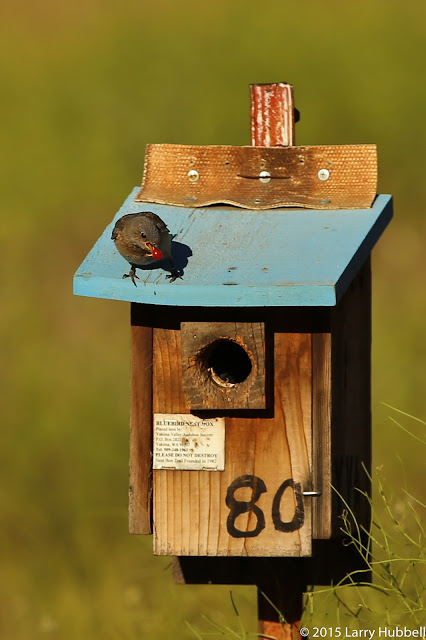 …but was spotted bringing fruit to its young, instead of insects. 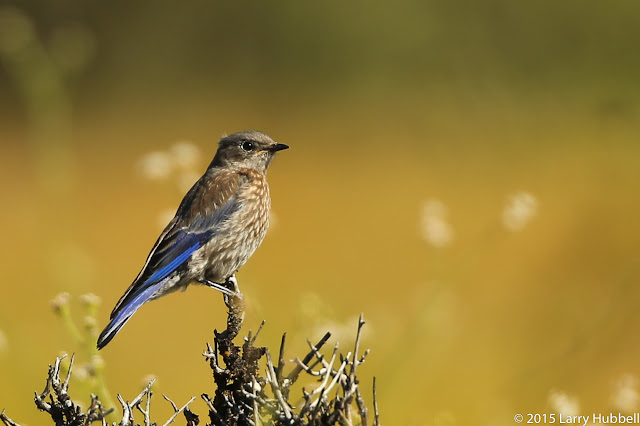 This female bird also hunts from a perch... 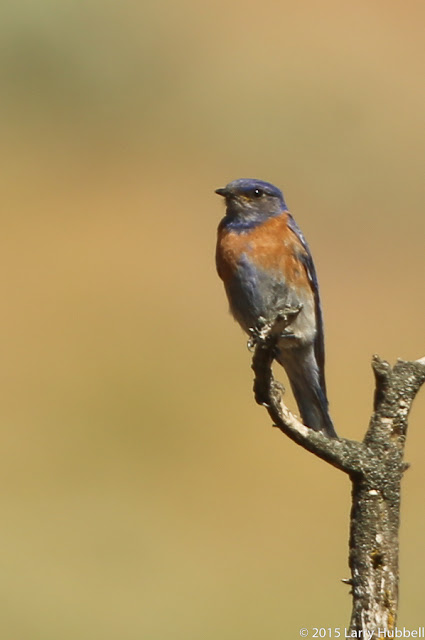 …as does the male. 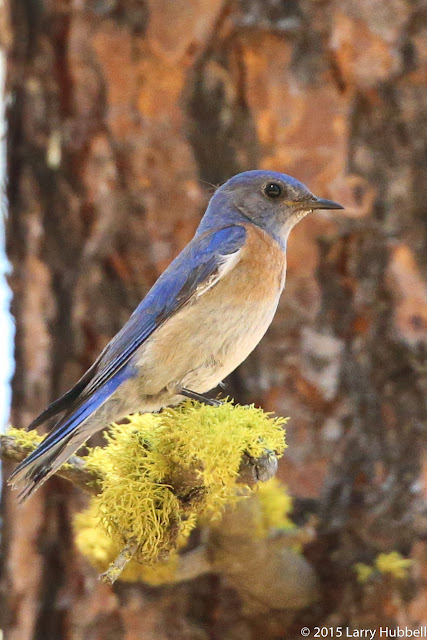 Here is a male of the same species; this photo shows some variation between individuals. Maybe this is due to age differences or partially the change in lighting between different habitats. 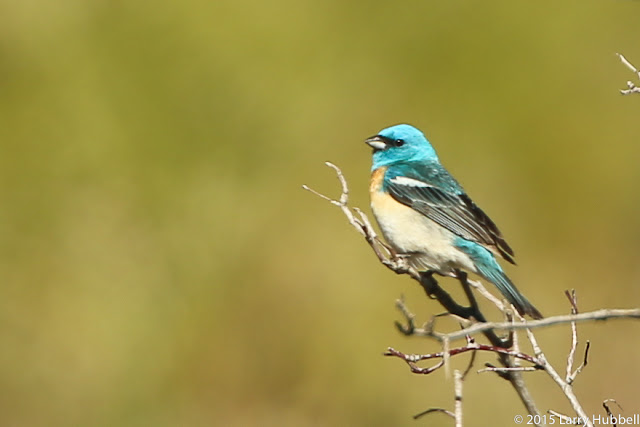 Here is our third type of blue bird. This species' blue coloring is darker in my Sibley guide and on BirdWeb, but the photos in All About Birds appear very similar to mine. 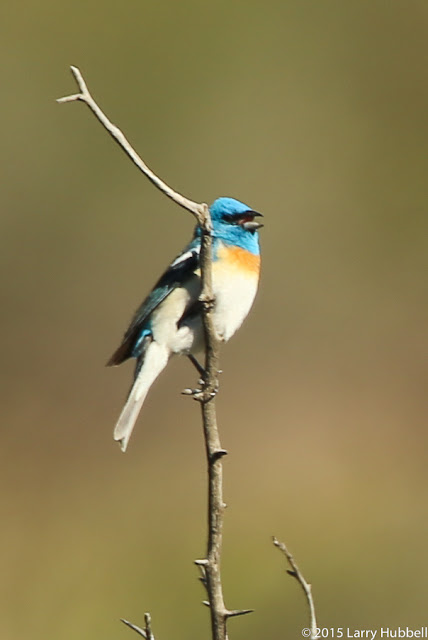 This bird's beak is a very distinctive clue.

If you would like to validate your choices for the names of our three blue bird species, they are listed below at the very end of this post.

Thank you to Marcus Roening for leading this birding adventure!

A Challenge from Marcus: 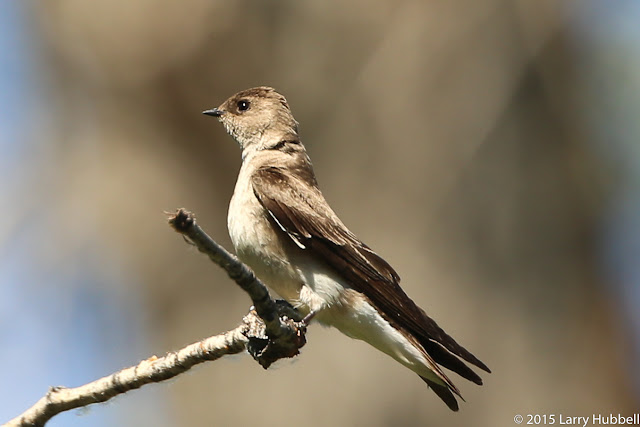 What type of bird is this?

The first species is the mountain bluebird, the second is the western bluebird and the final one is a lazuli bunting.