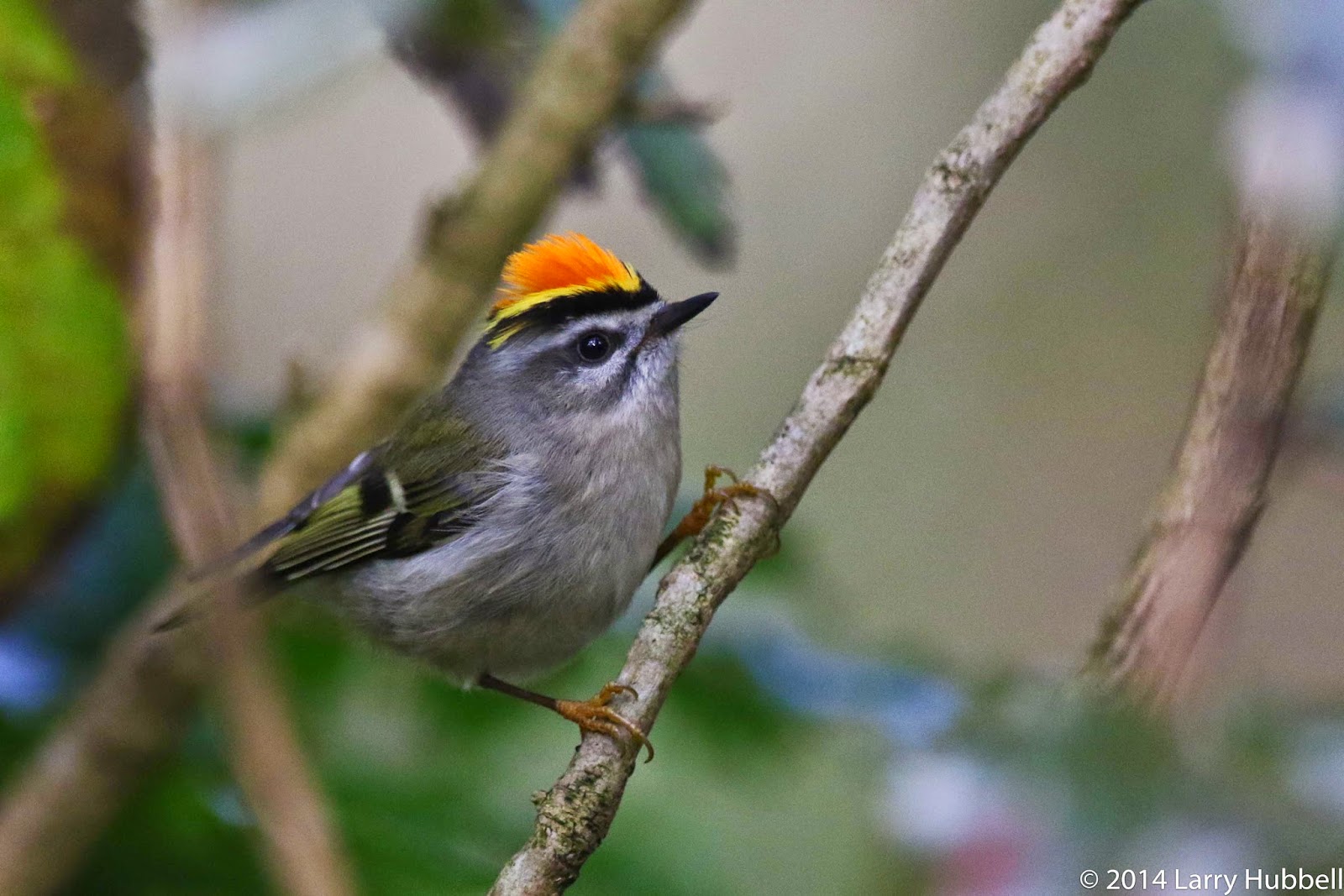 Earlier this week, a couple of male, golden-crowned kinglets came down from the treetops to search for food at my eye level. The opportunity to view their raised orange crests, in the middle of their golden yellow crowns, felt like a gift. 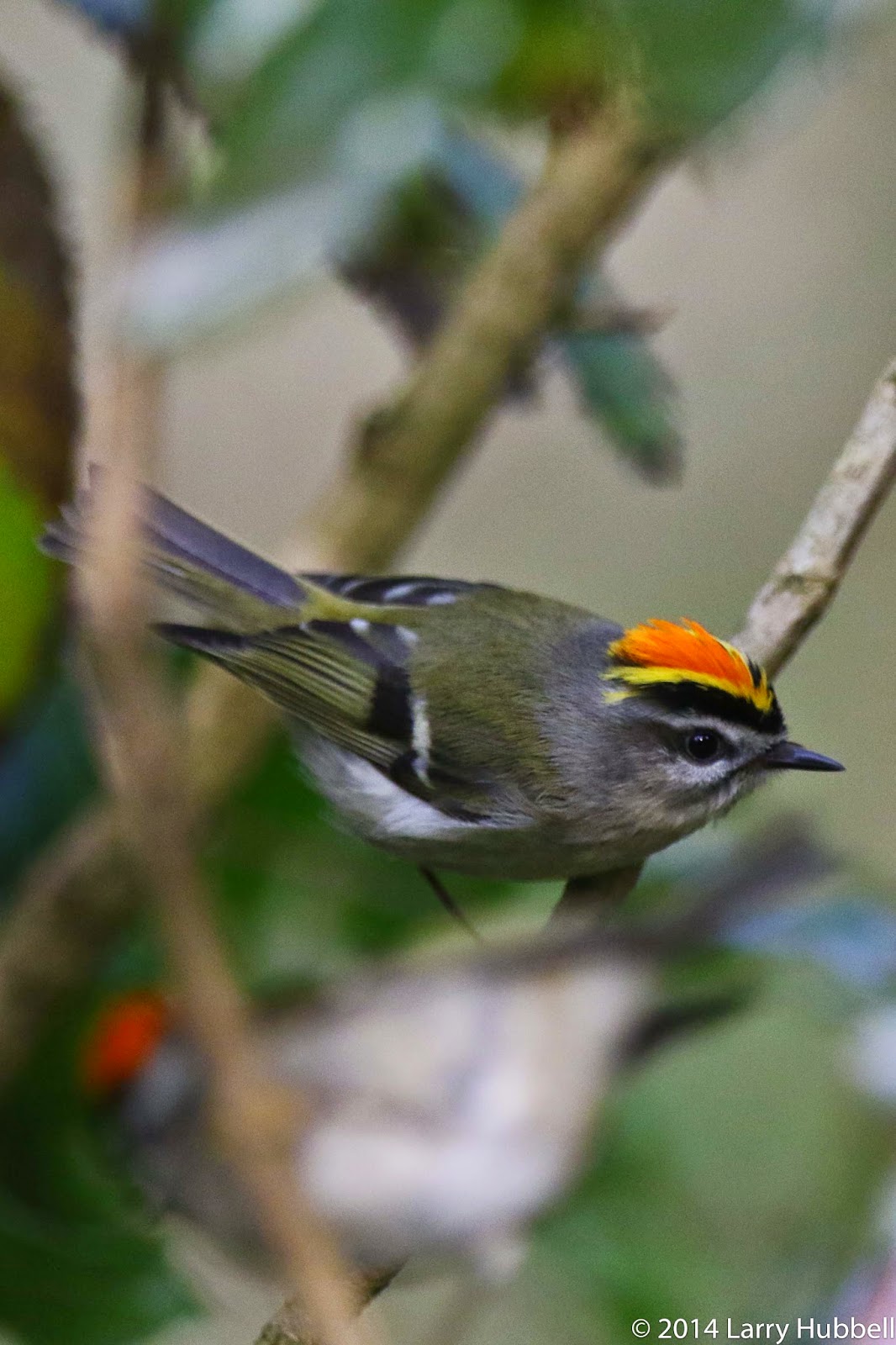 Kinglets move incredibly quick. While searching for small insects, they flit from one branch to the next. It is very challenging to try and focus on a kinglet. As you can see, focusing on two kinglets is beyond my current capability. 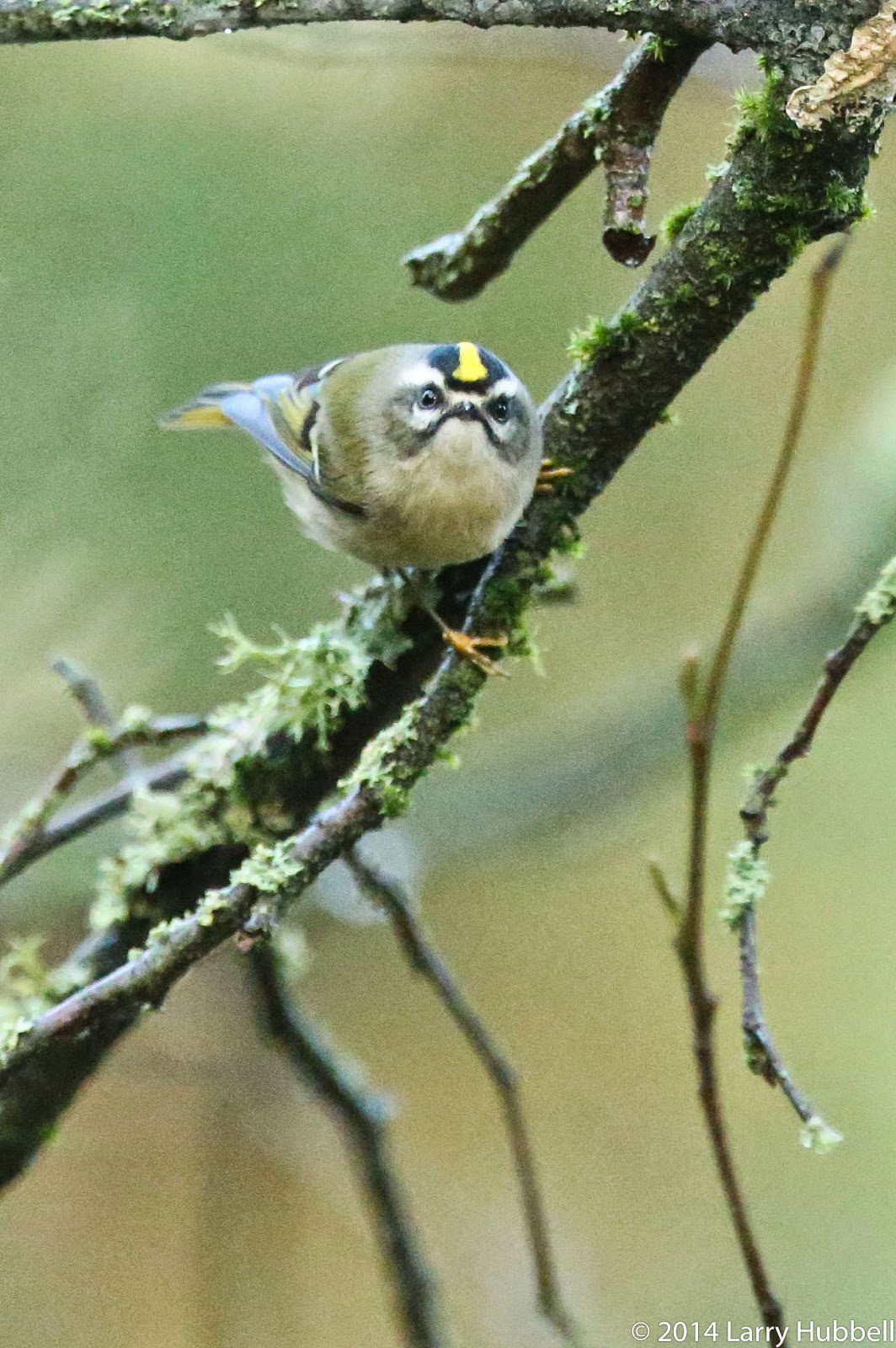 The female also has a golden crown but lacks the bright orange crest. (You can hear the sound of a golden-crowned kinglet here on Cornell's All About Birds.) 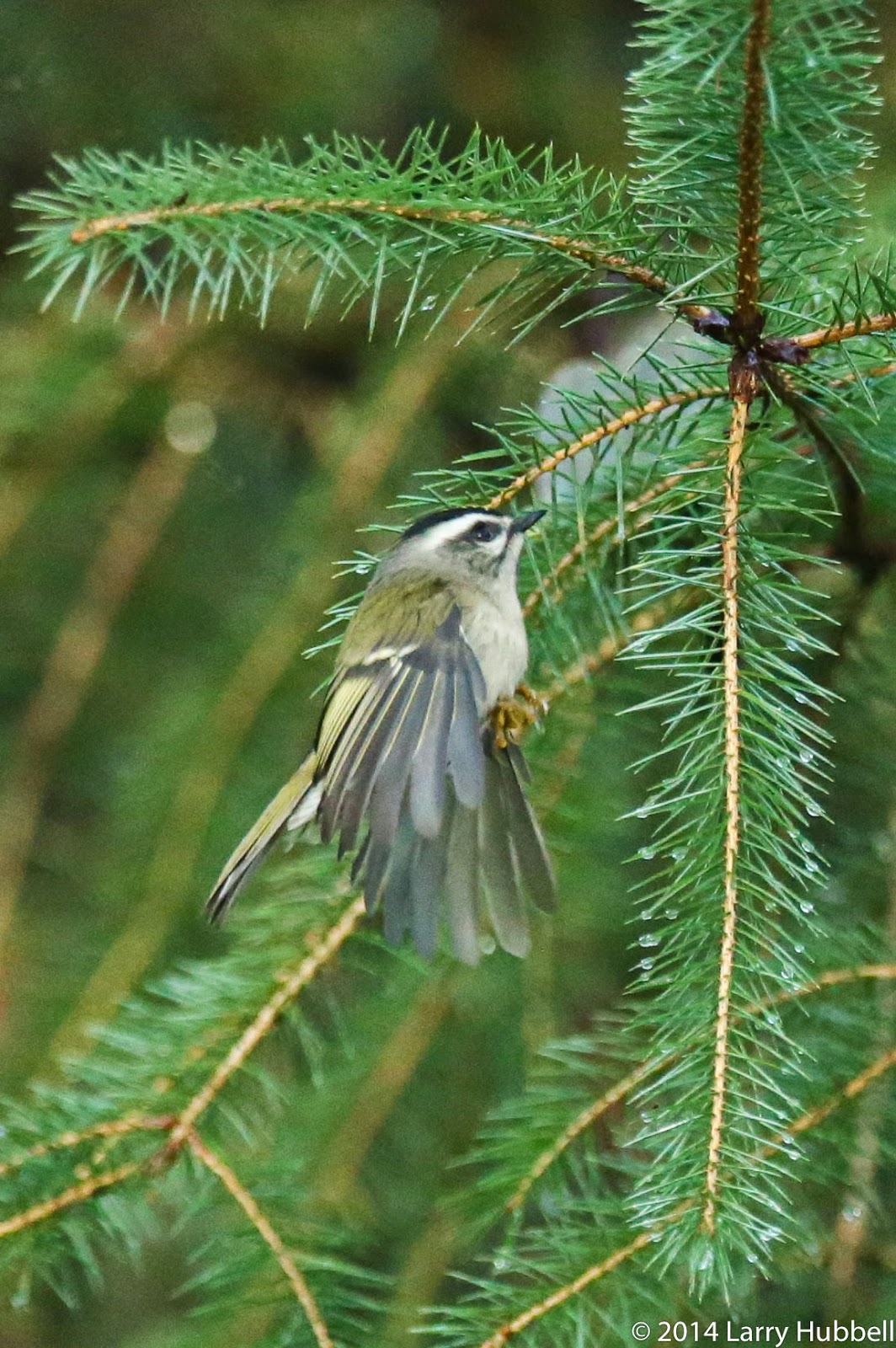 Kinglets are on a constant quest for food. 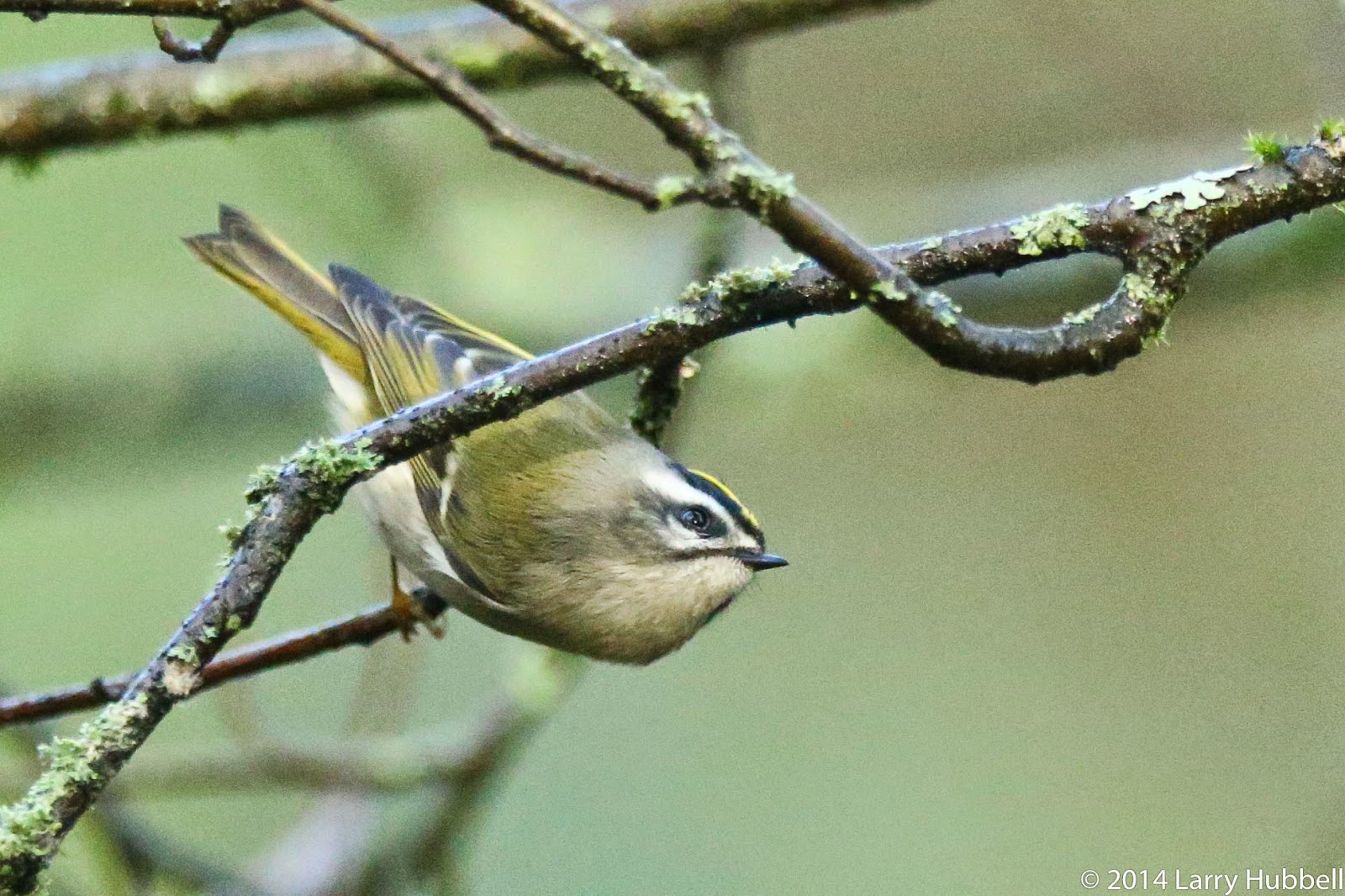 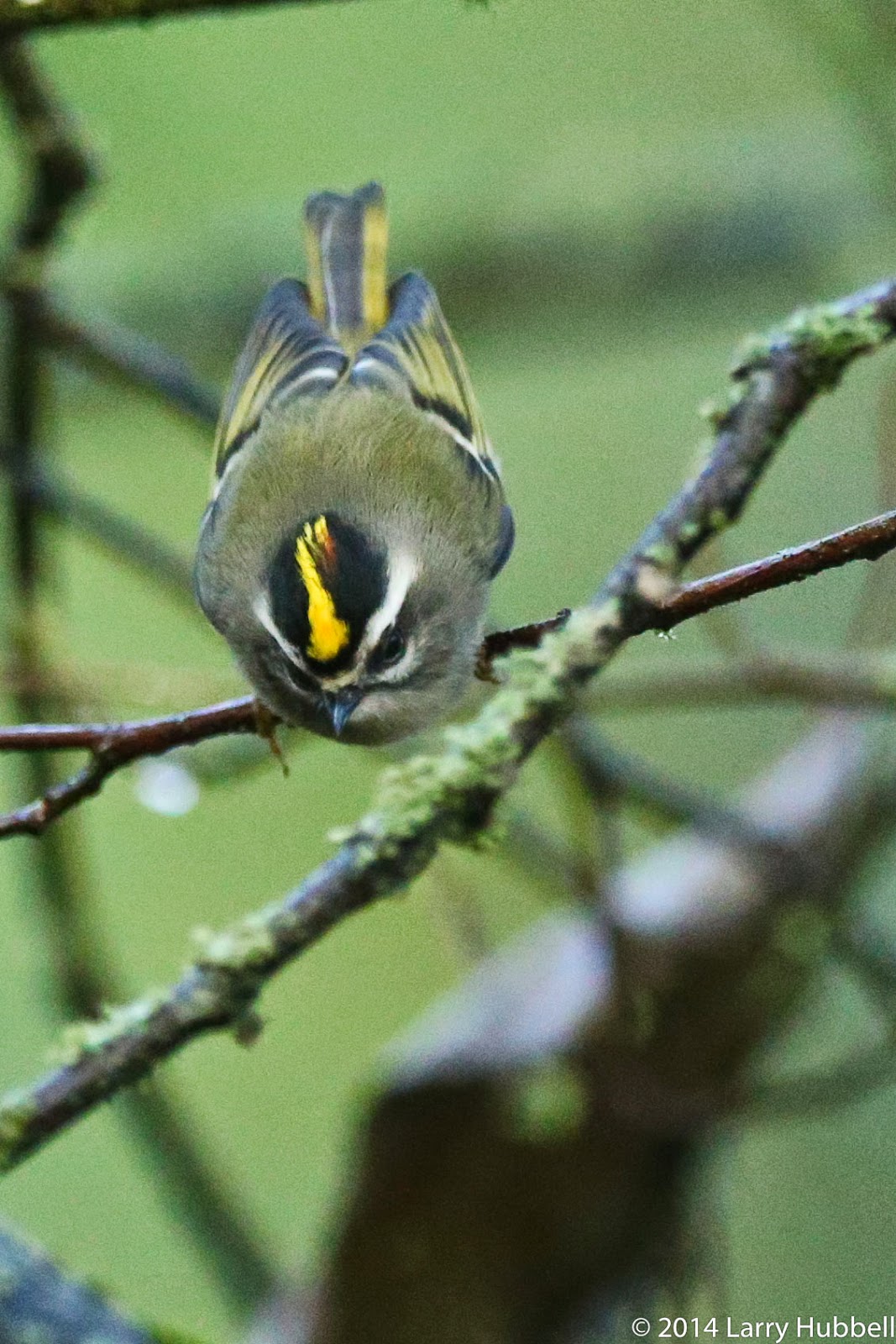 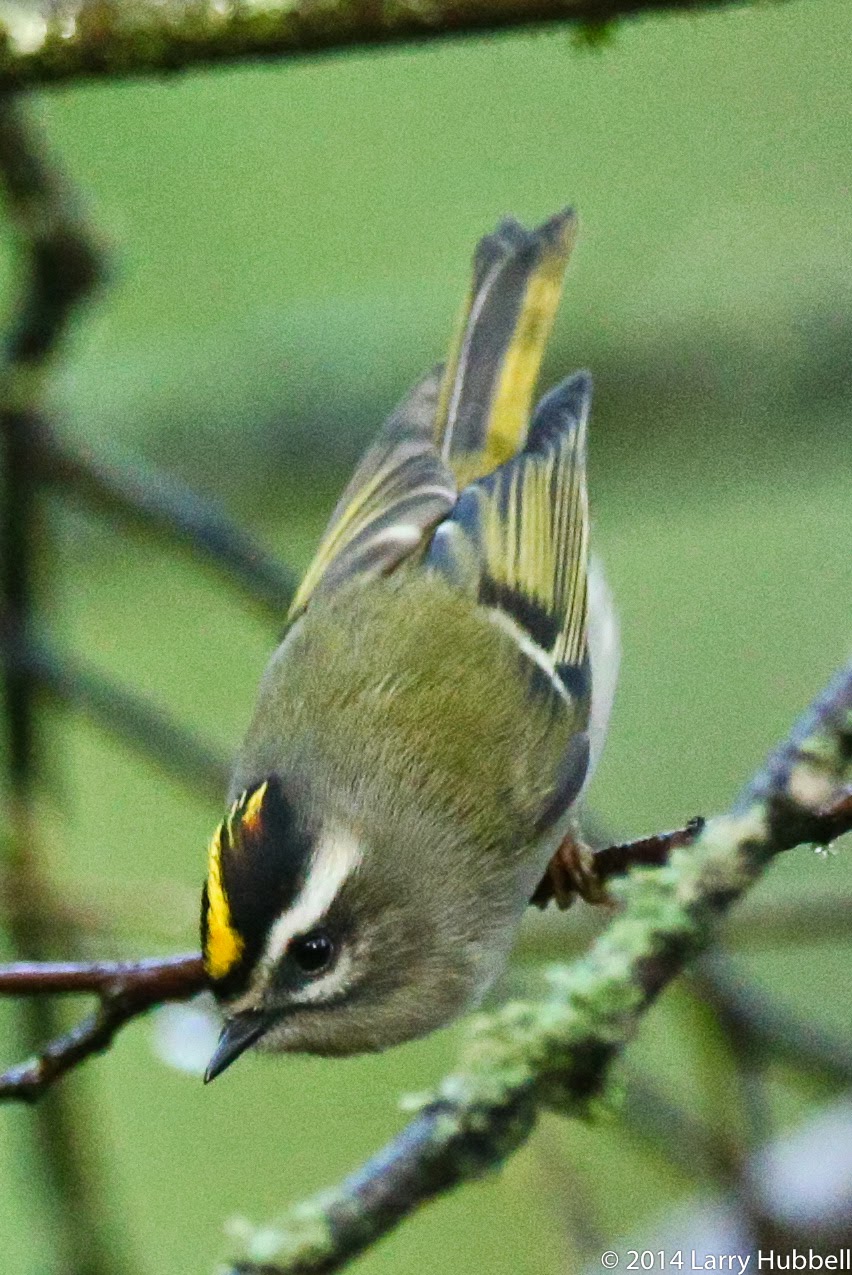 Normally, golden-crowned kinglets look for their little insect gifts in the upper branches of conifers, but given their metabolic rate, they occasionally venture out of their preferred habitat. Curiously, in these last two photos, the kinglet looks like a female but there is just the slightest hint of orangish-red near the back of the yellow crown. Maybe it is a young male just starting to grow a crest. 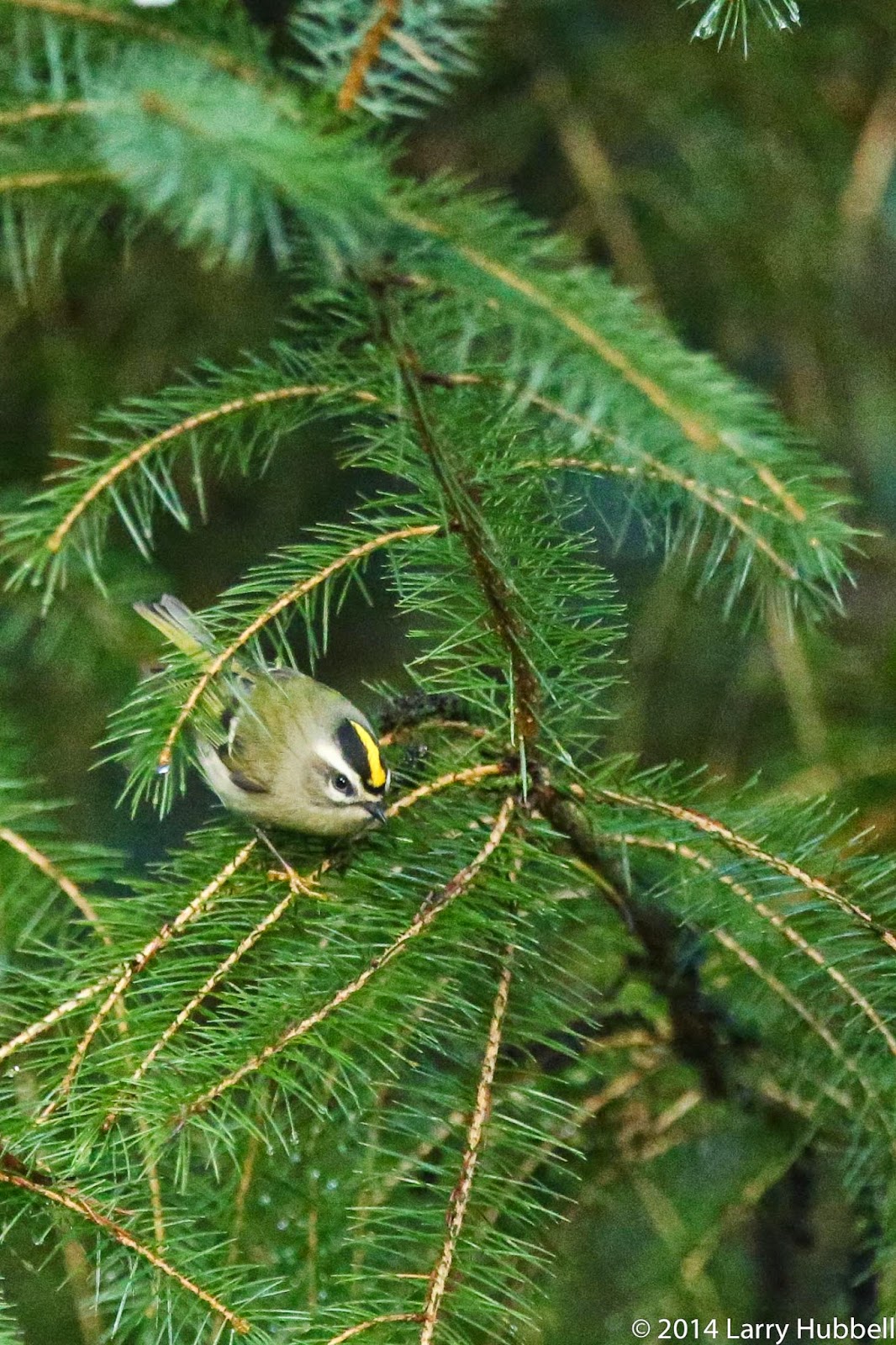 Watching them work against the bright green of a conifer can be pleasing to the eye. 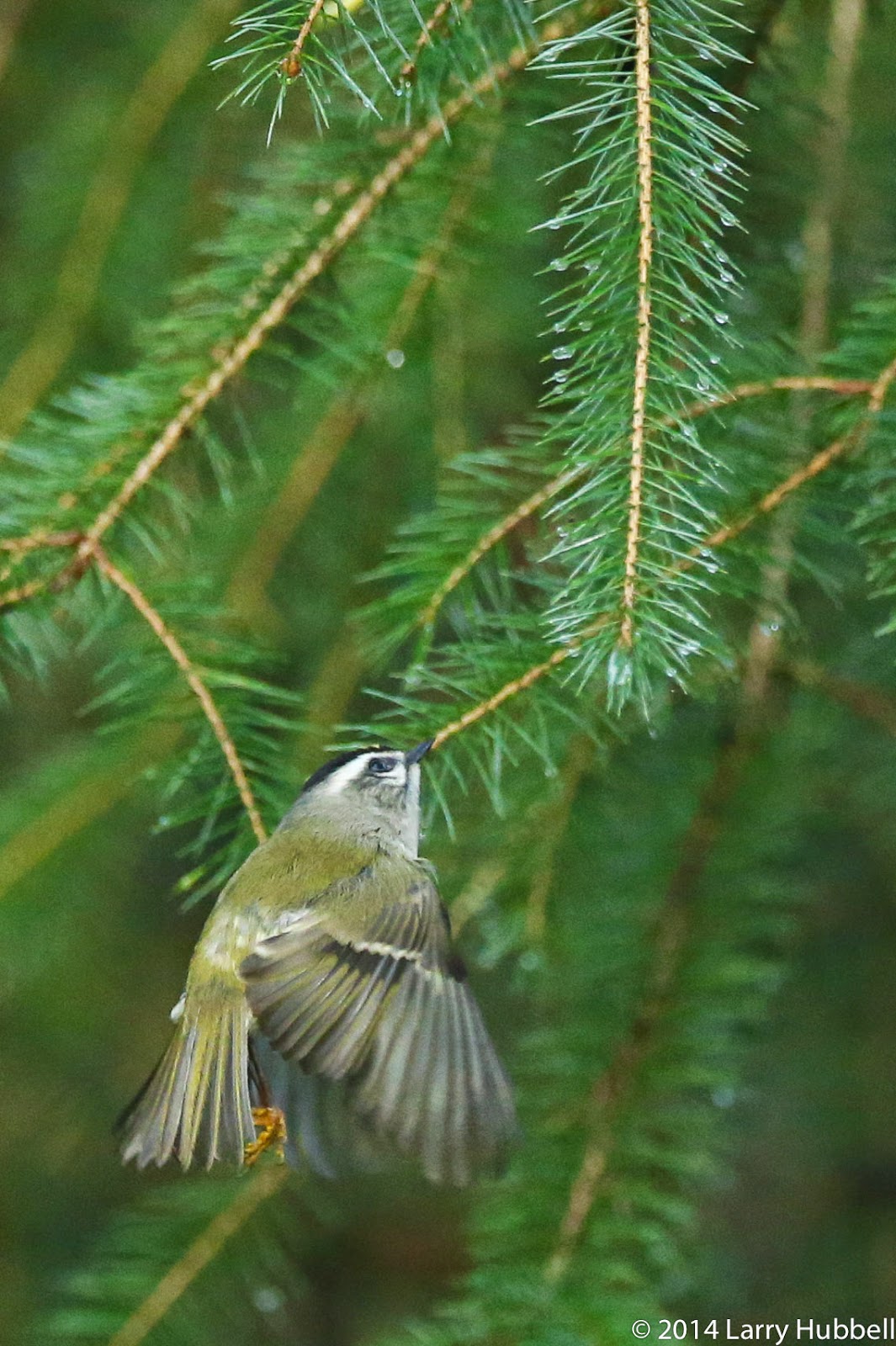 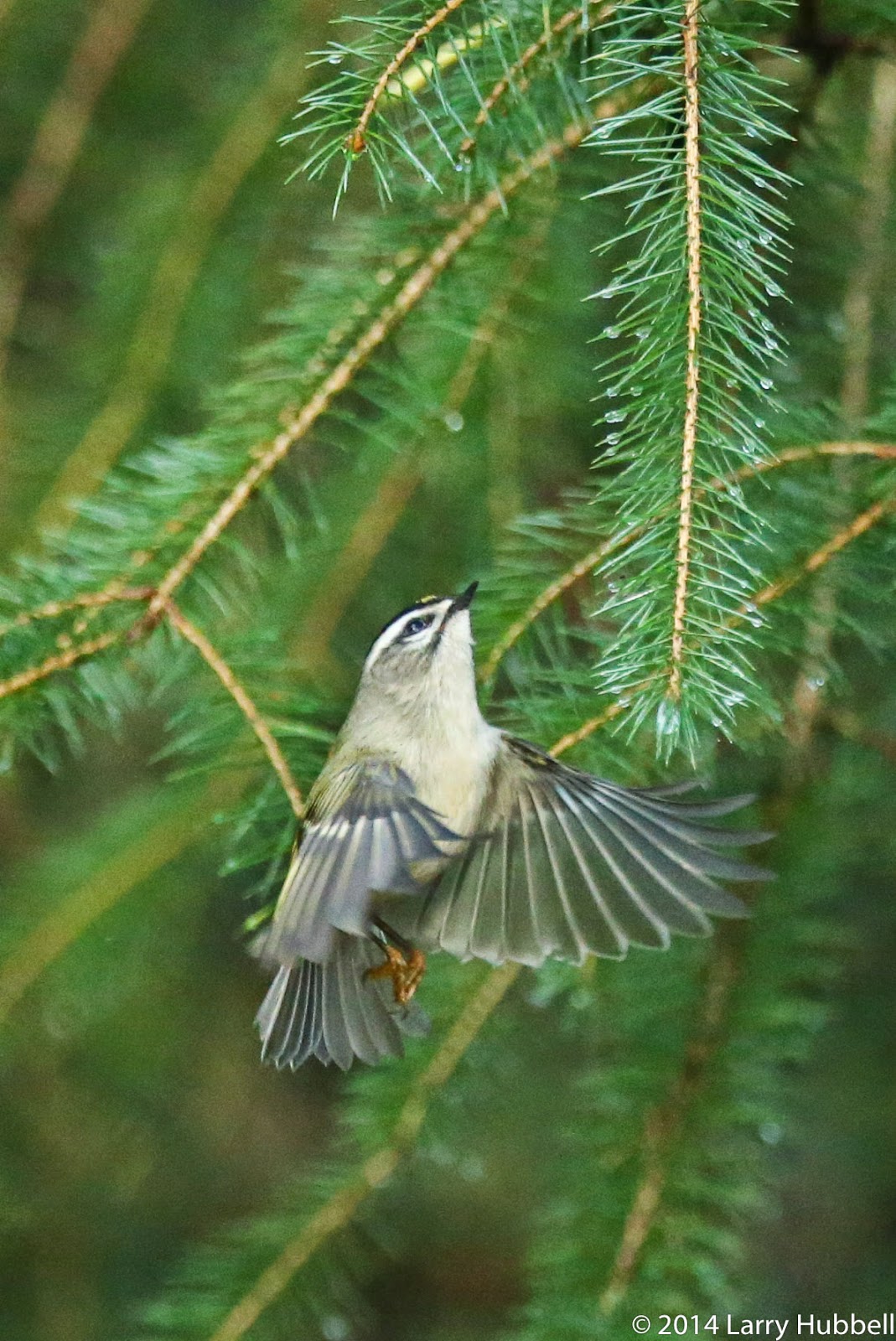 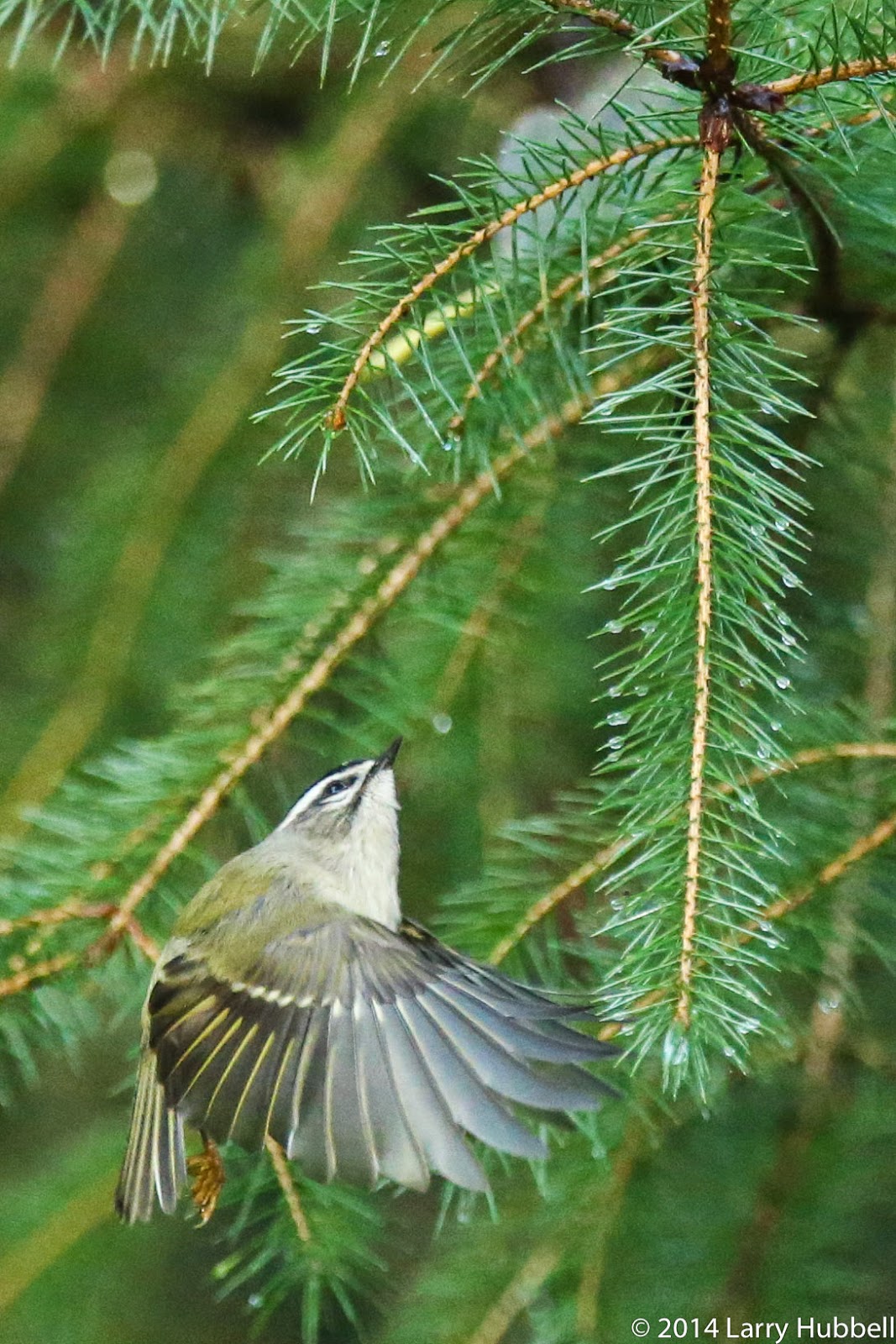 …while approaching their prey. 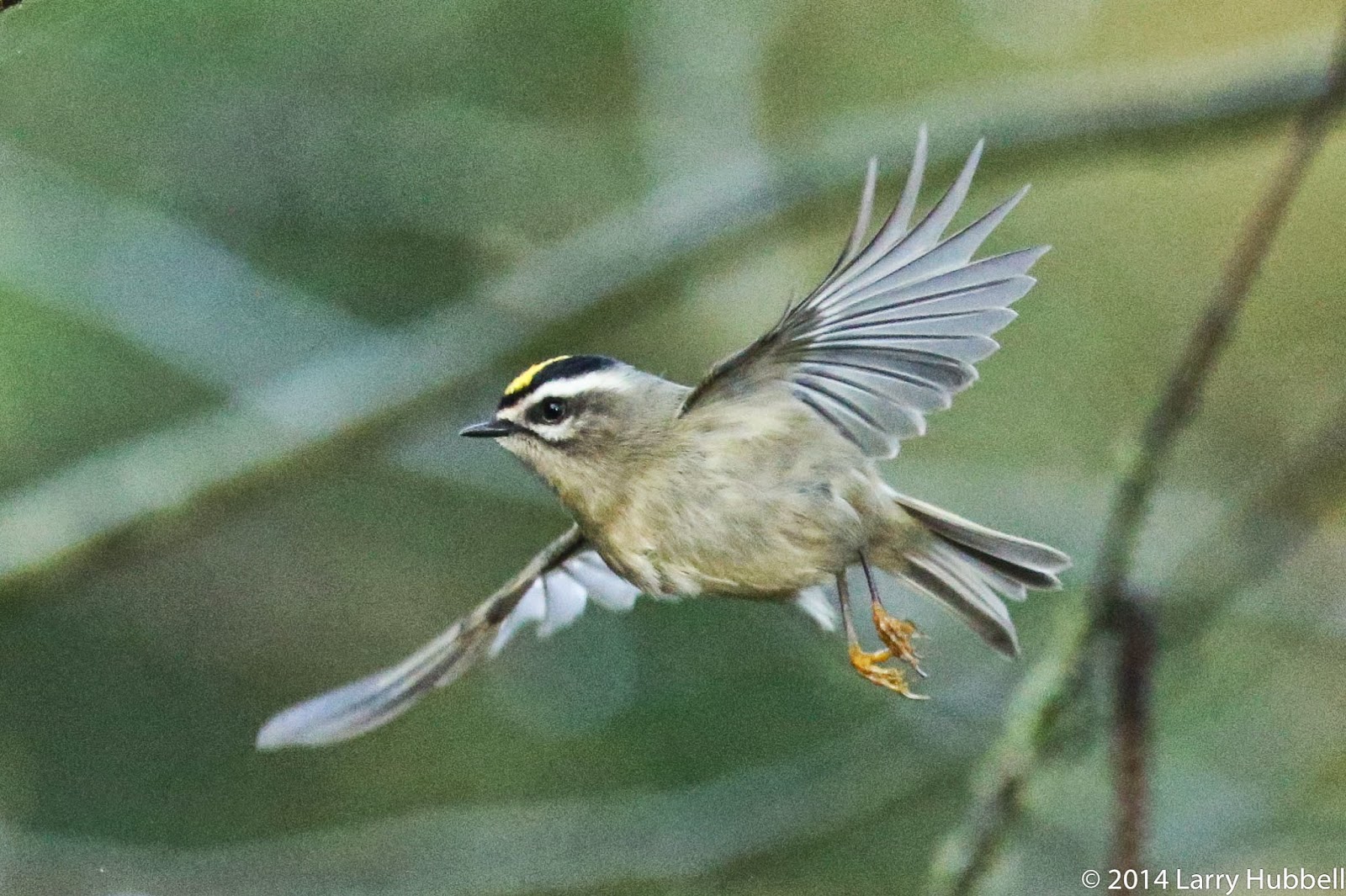 Once their food is found they are immediately off… 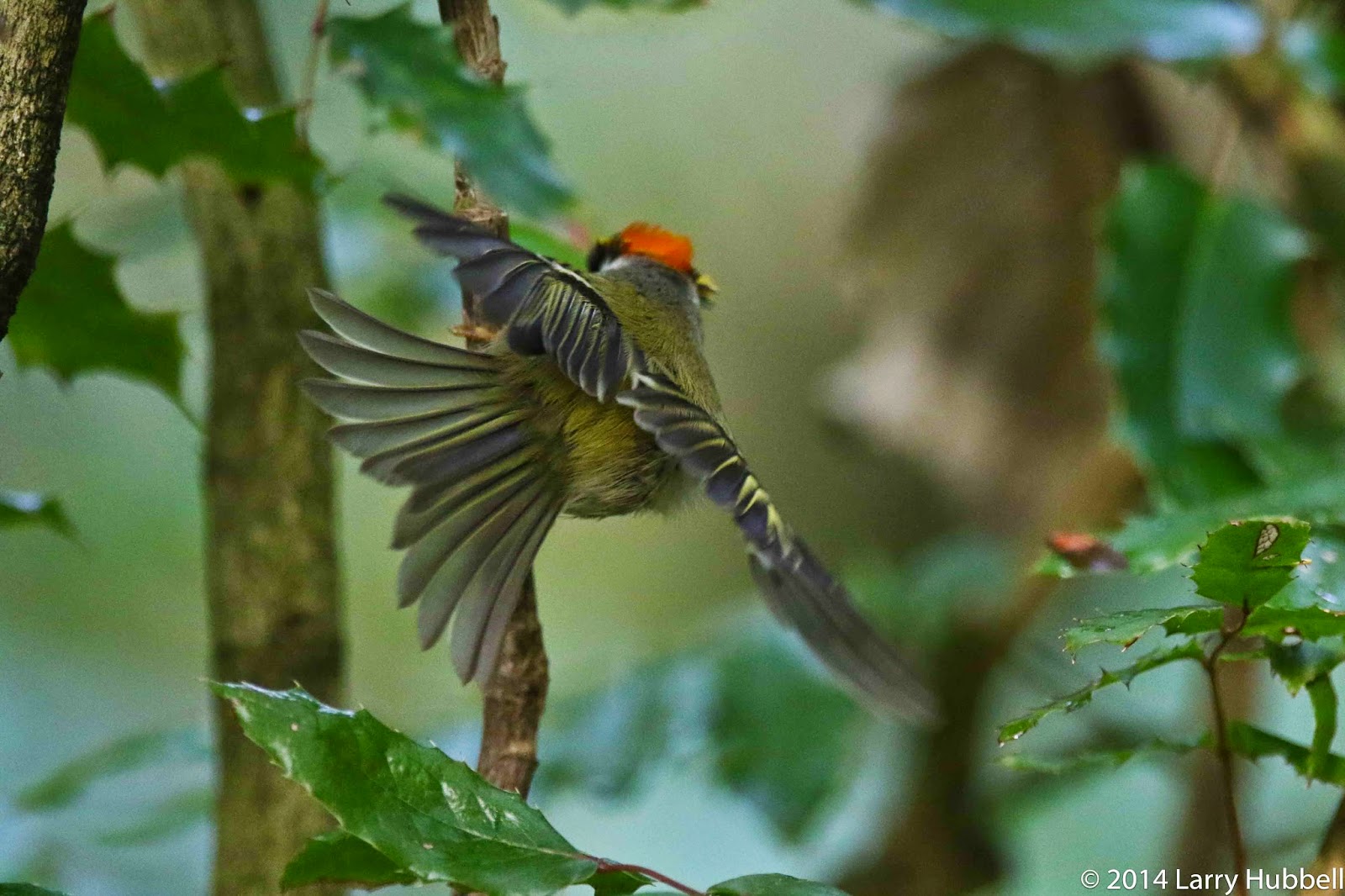 …to the next most promising location. 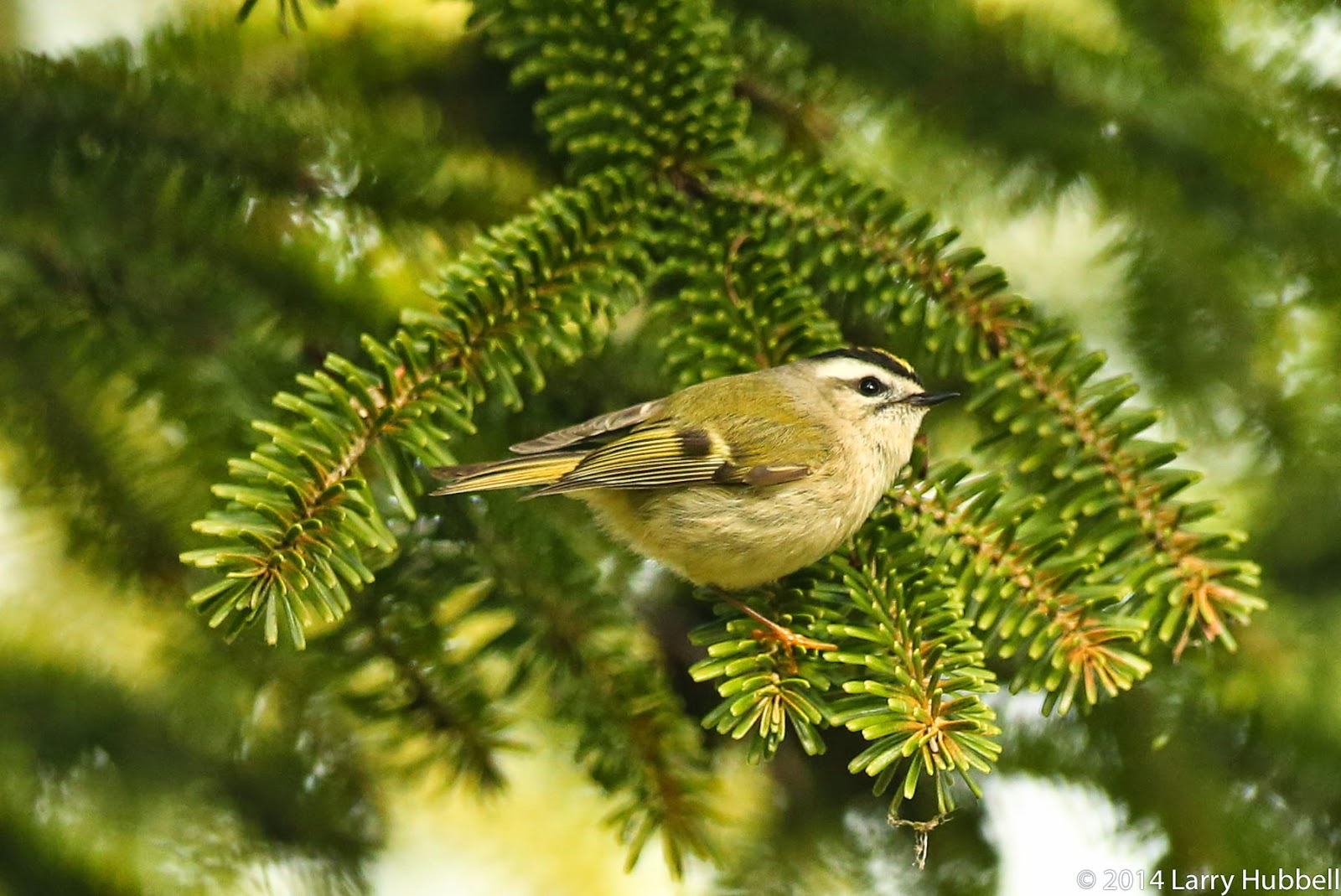 Very rarely will they stop in the sunshine, when they do pause, it feels like a golden gift. 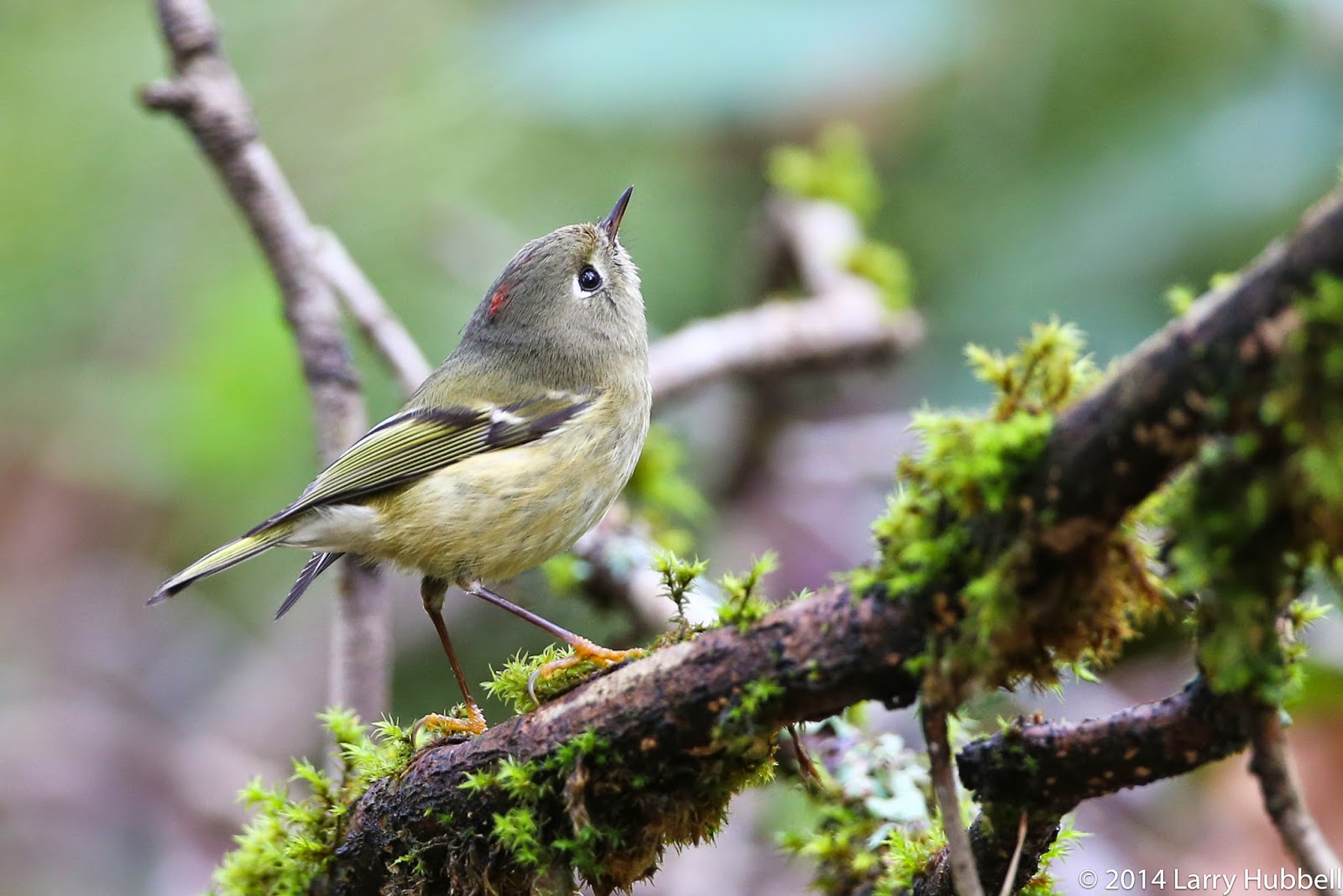 The ruby-crowned kinglet looks similar, but it is most easily distinguished by the lack of the black and white facial stripes, not to mention the missing golden crown. The ruby-crowned also differs in preferring to work low in the underbrush. It is interesting how both types of kinglets have found their own special niche. 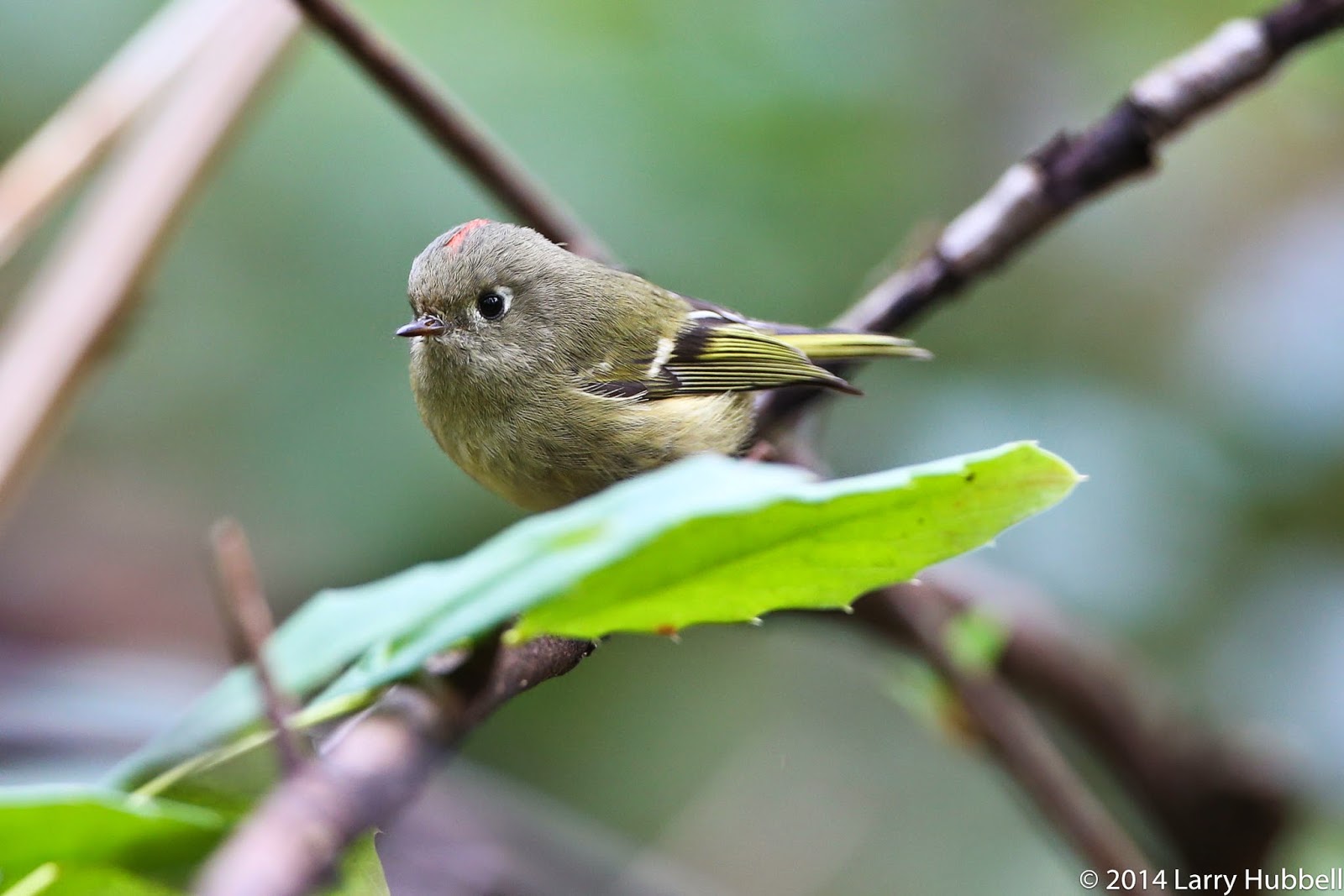 The crowning color on the male ruby-crowned can be difficult to see. 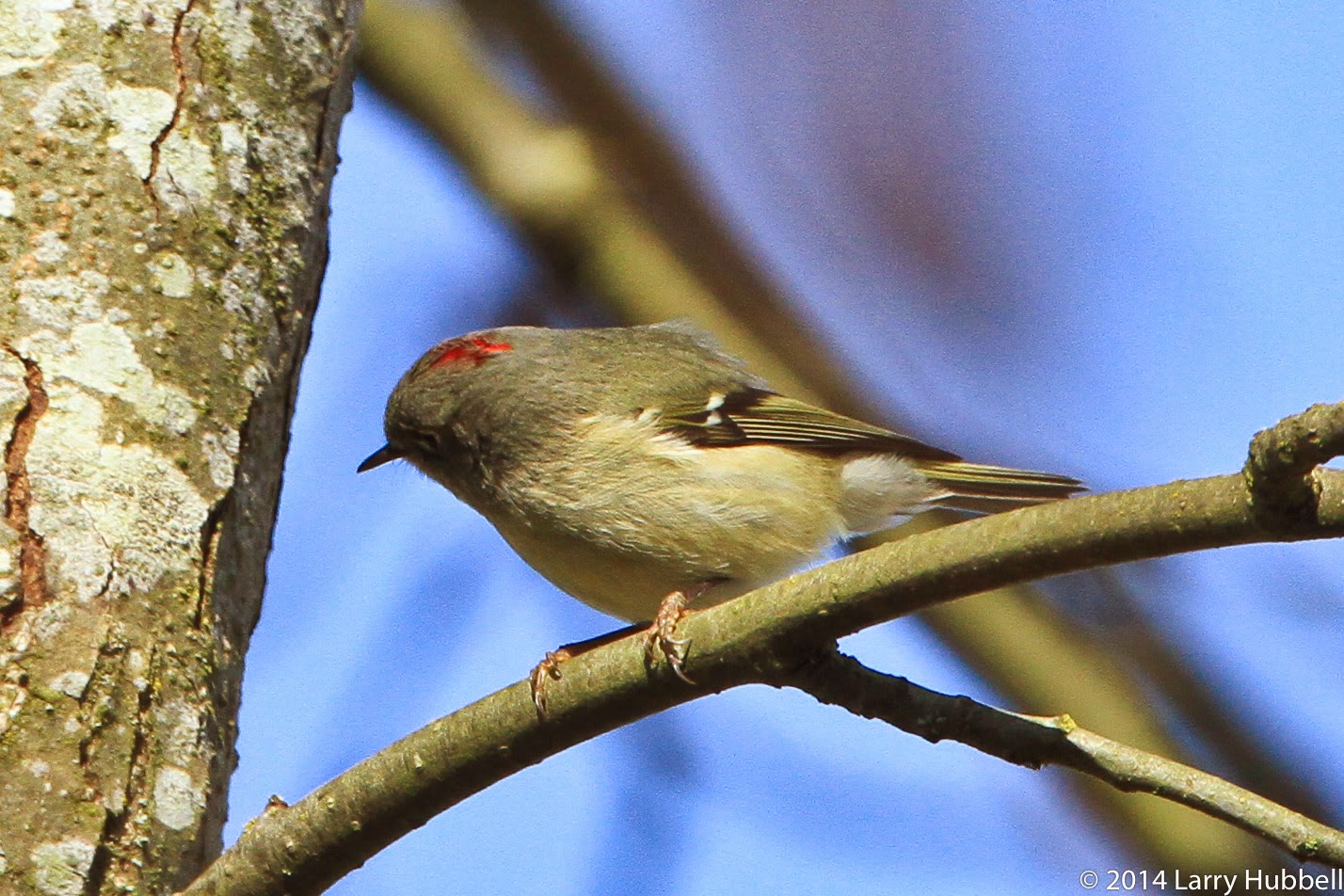 The "crown" is slender and the angle is seldom good. Maybe someday we will get to see a ruby-crowned with its crest raised. Planting native vegetation in your yard, or visiting the Arboretum, can improve your chances of catching a glimpse of a kinglet. If you look quickly, your golden gift can be observing the kinglet's crowning color. 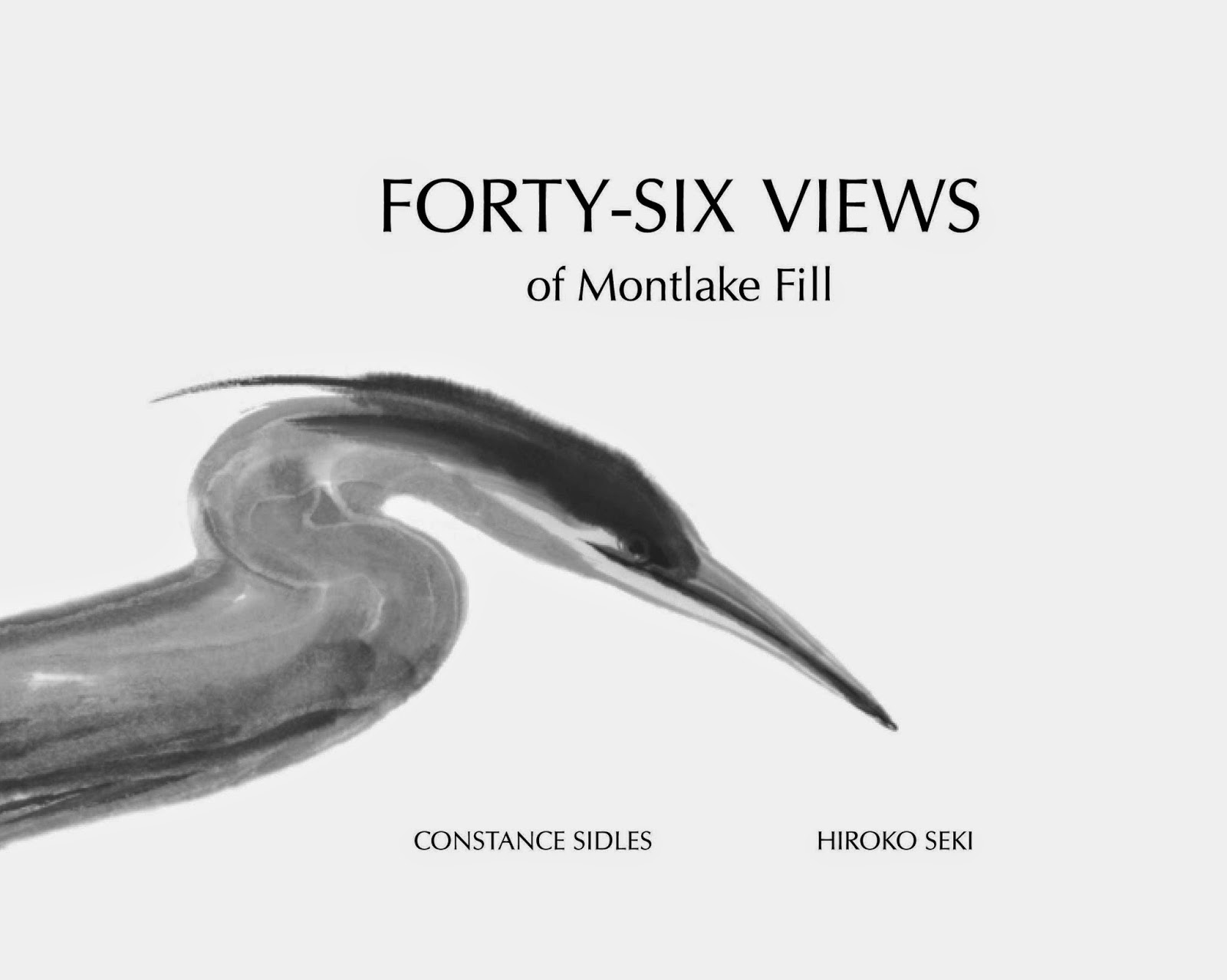 This book comes highly recommended by the esteemed birder and educator, Dennis Paulson. I have not had a chance to read the book yet, but it is on my Christmas list. If you would like to learn more about it click here.

Thank you to all of the readers who replied with their sightings of Eva and Albert, the 520 eagles. Given the volume of responses, it would seem logical to conclude that the 520 construction does not appear to have impacted the eagles' daily hunting routine. Thank you for all of the updates! 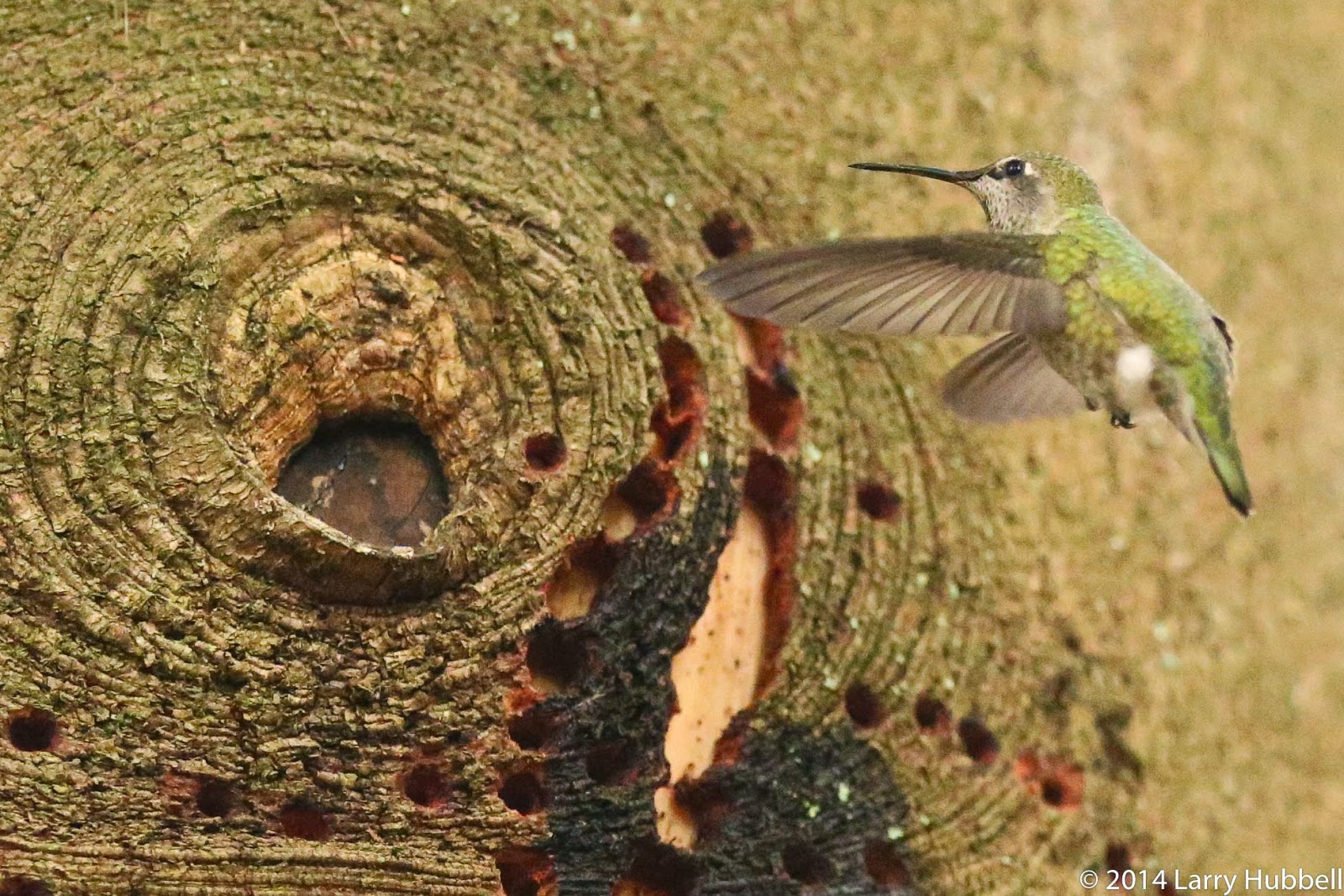 Next week we will look into, who has been feeding this hummingbird?