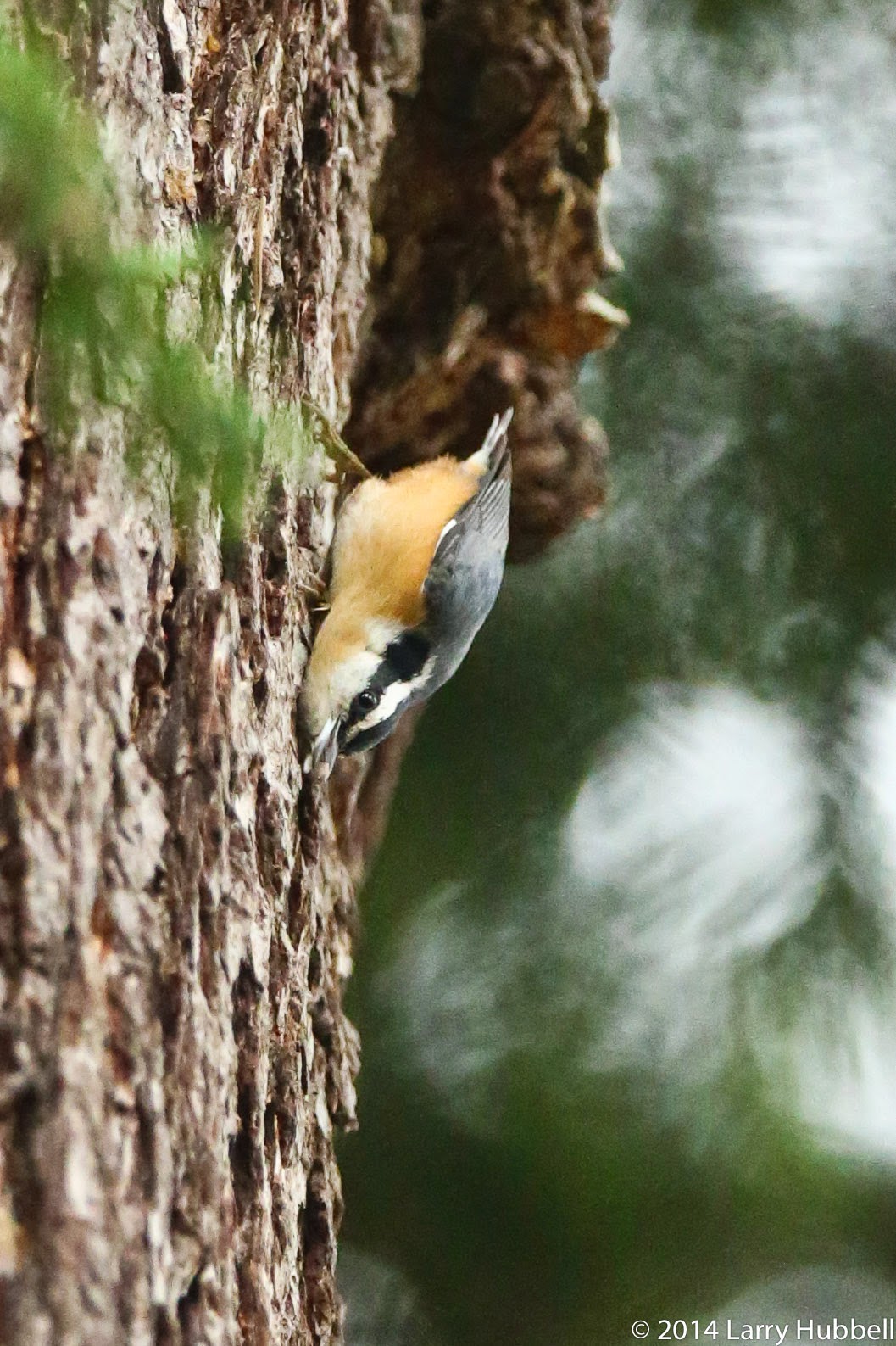 Yesterday, this tiny Red-breasted Nuthatch landed on a large Douglas Fir and began walking down the tree, headfirst. It was an amazing display of its strength-to-weight ratio. If you have ever tried rock climbing, just think about how hard it is to lift your own weight with one arm. Then think about turning yourself upside down and holding all your weight with one hand; finally, consider alternating between your left and right hand as you "walk" down a vertical wall. 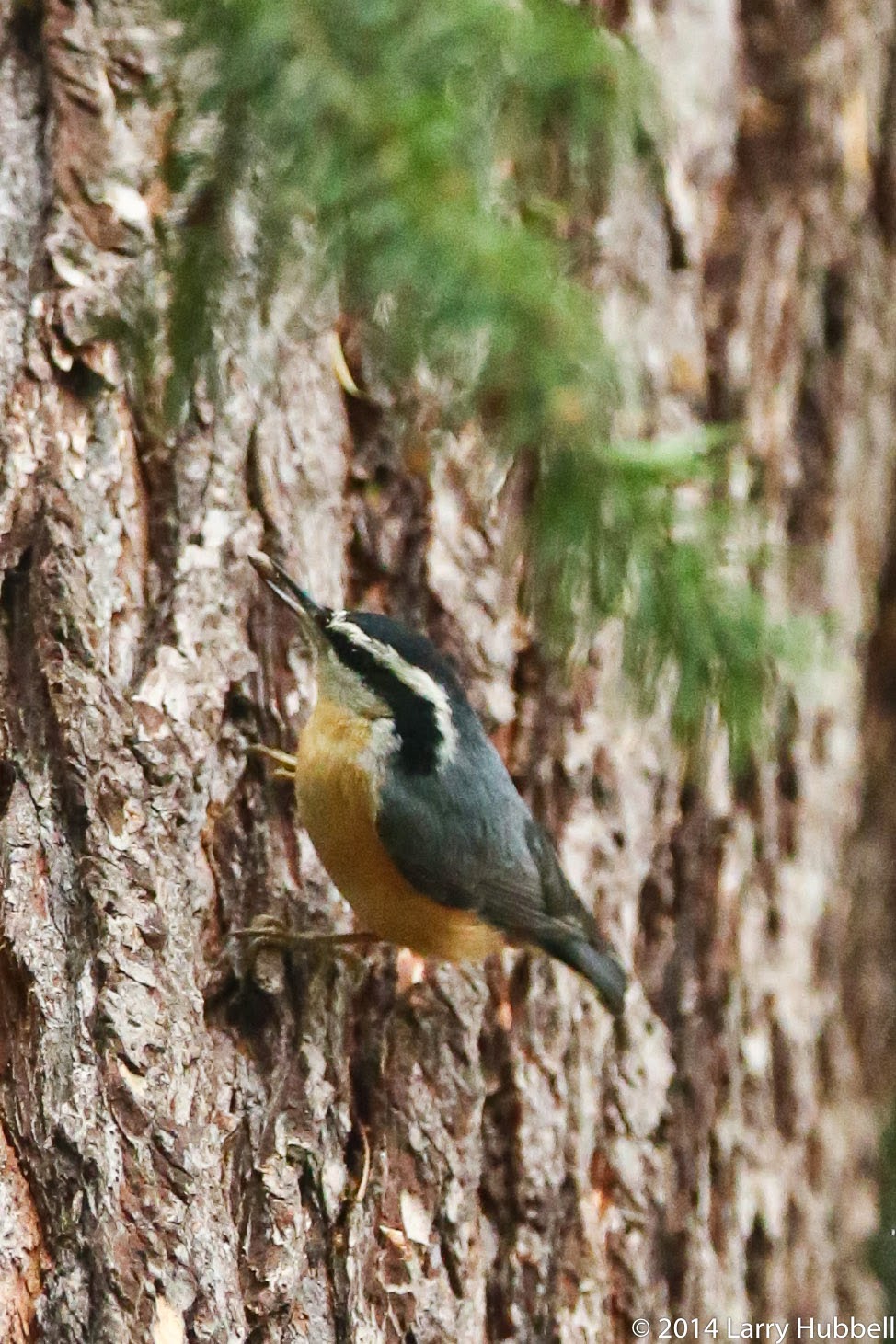 Clearly, the Nuthatch gave no thought to the effort expended as it scurried horizontally around the tree. 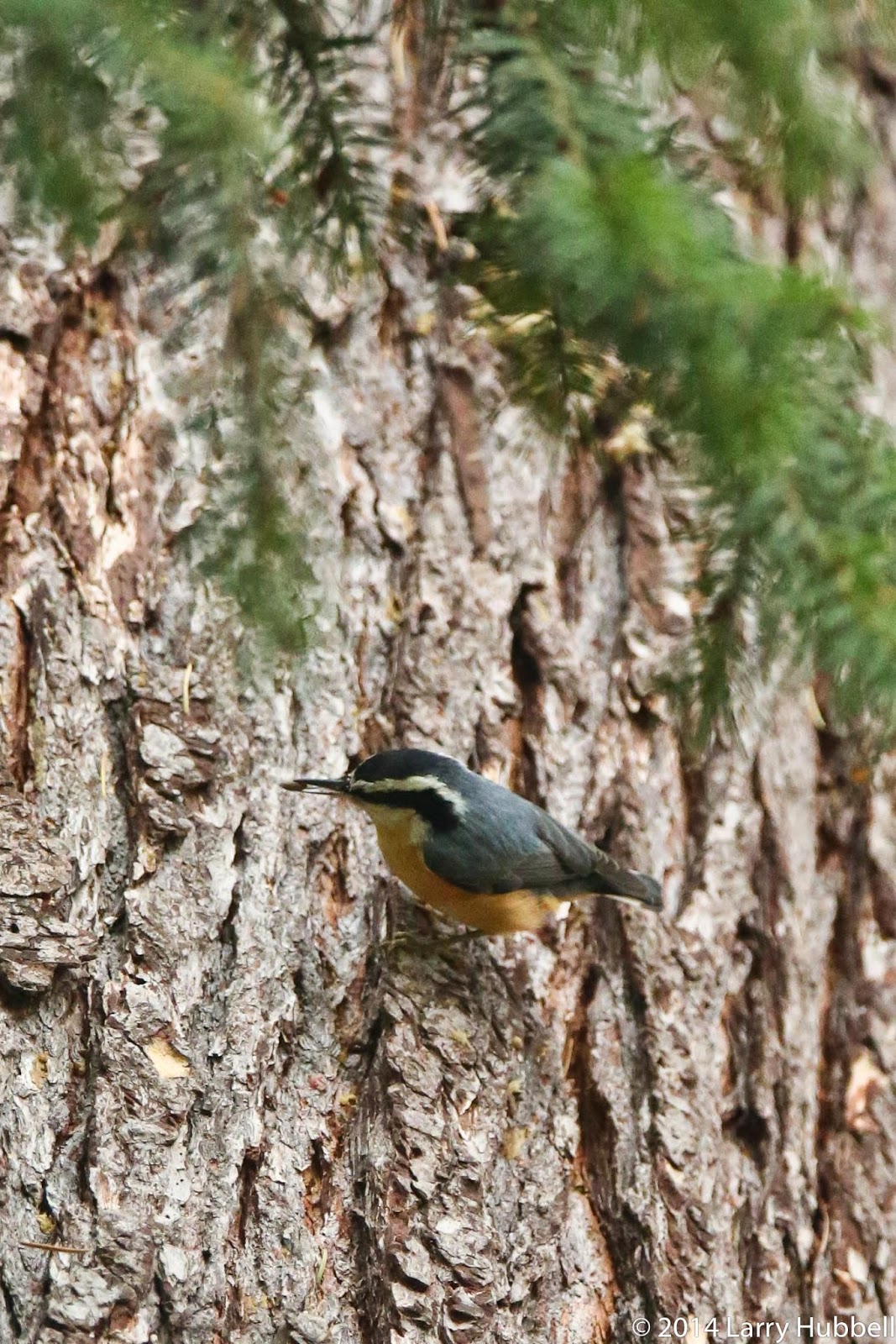 The Nuthatch was focused on finding a safe place to hide the nutritious little seed it was carrying. 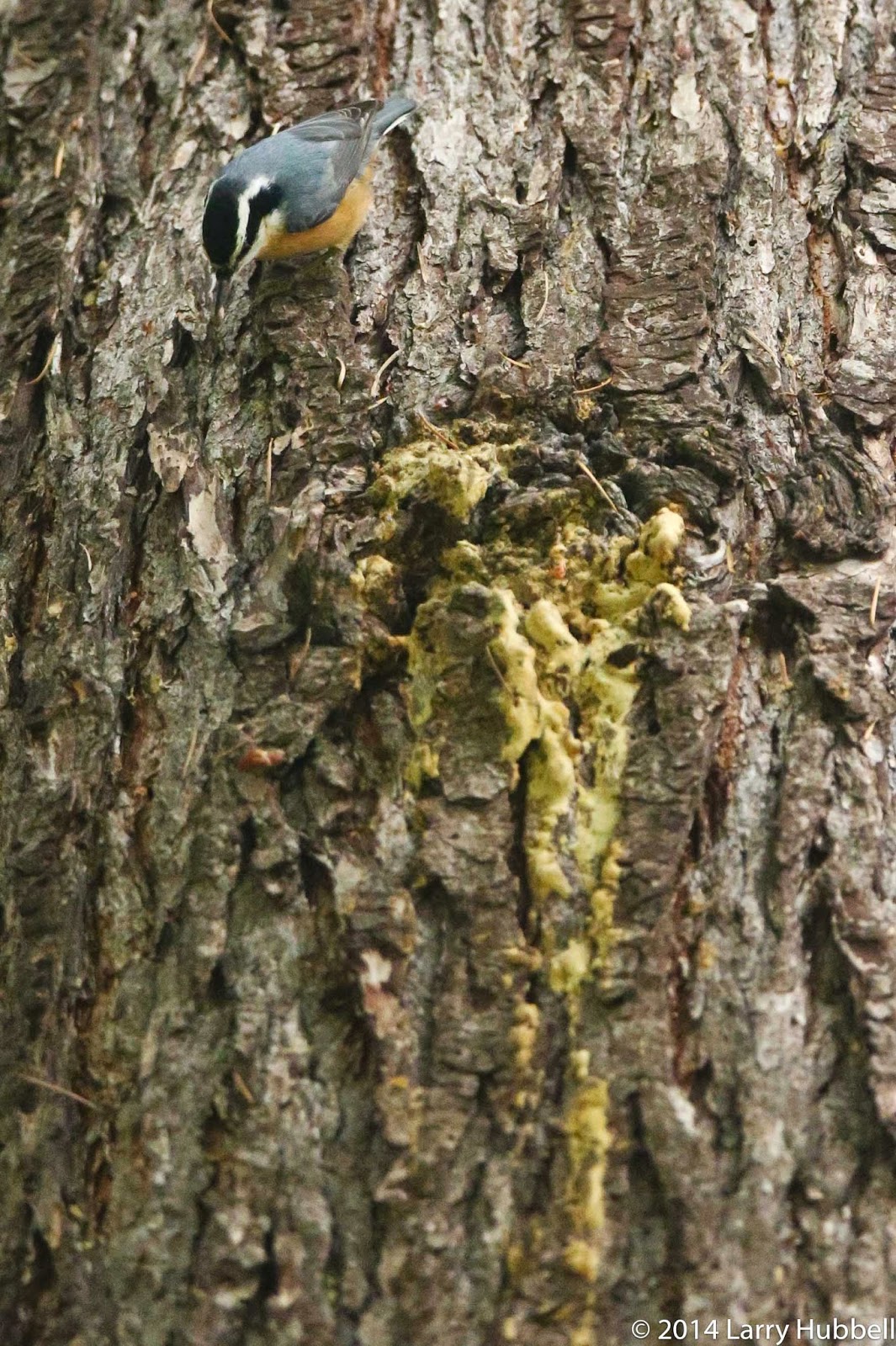 The danger of hiding the seed too close to the sap, slowly oozing down the side of the tree, causes the bird to look elsewhere. Interestingly, Nuthatches will actually use tree resin to protect their nests. You can read about how they do it at Cornell's, All About Birds. 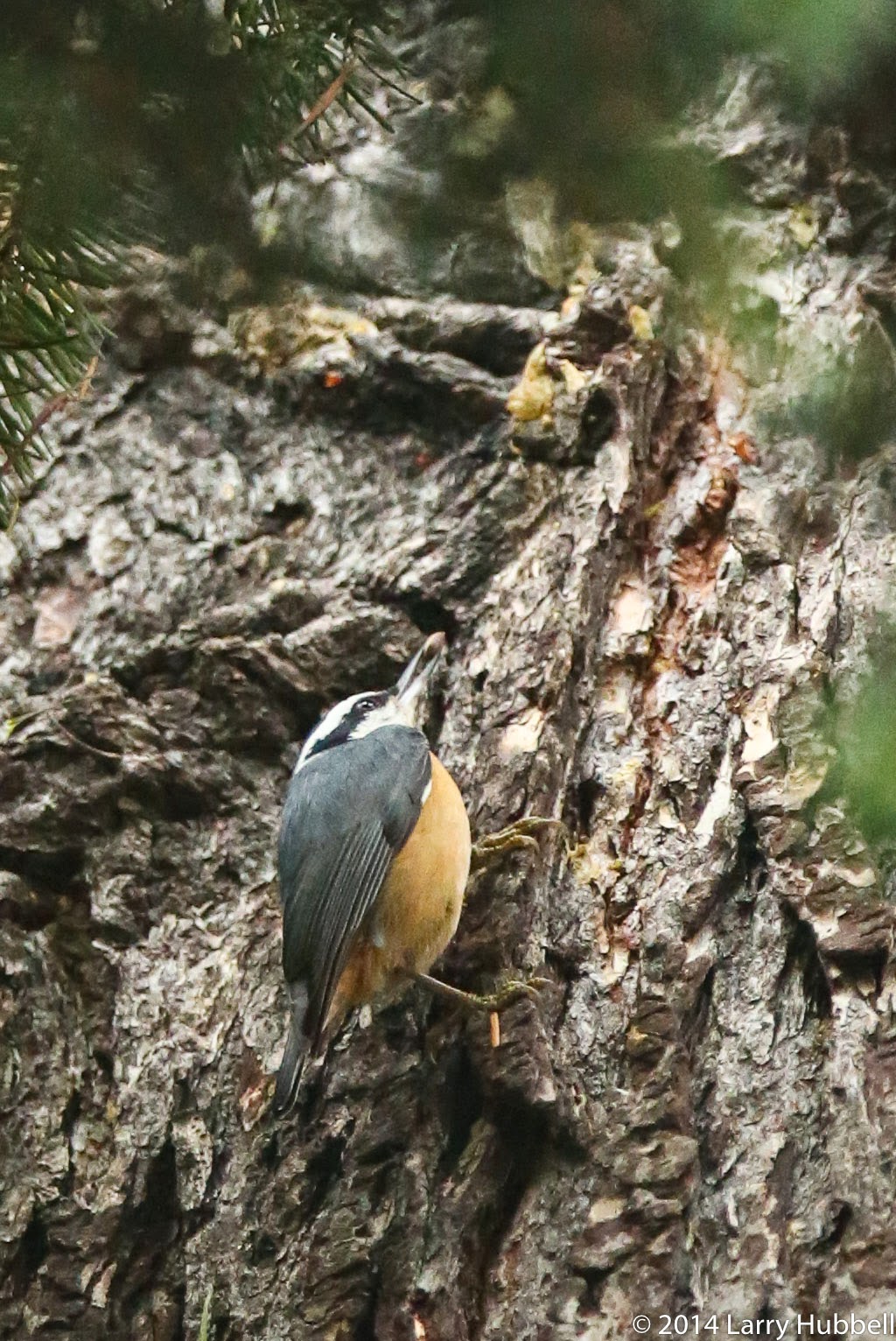 Next it checks out an overhead crevice. It is curious the trade-offs that the Nuthatch must consider. How much effort is it willing to expend in order to store this seed for future consumption? If it does not hide its food well enough, will another creature be the first to find this little feast? Is this hiding place relatively close to its other hidden caches, so it will be easy to relocate and access in the future? 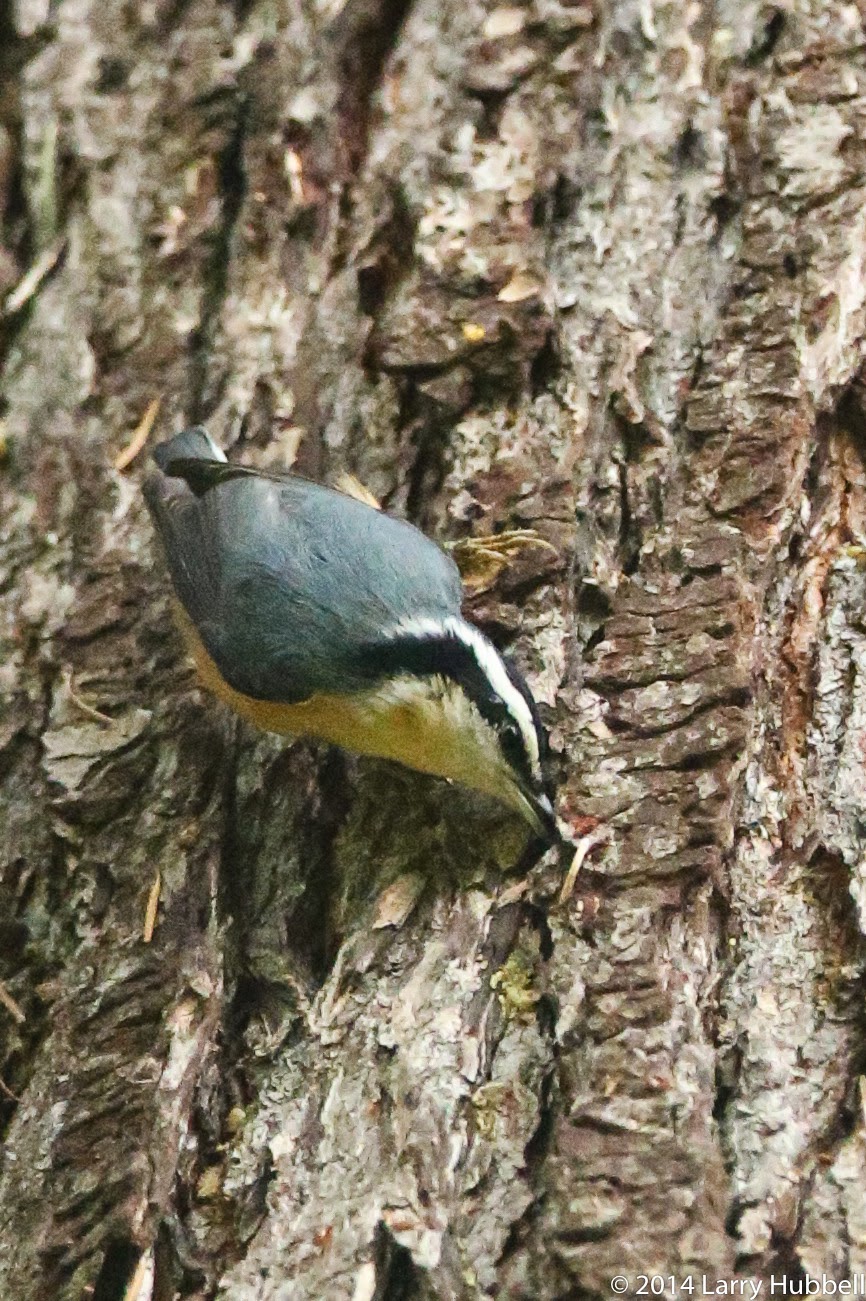 Finally, the elegant little bird appears to find the perfect place in the gnarly bark of this Douglas Fir. 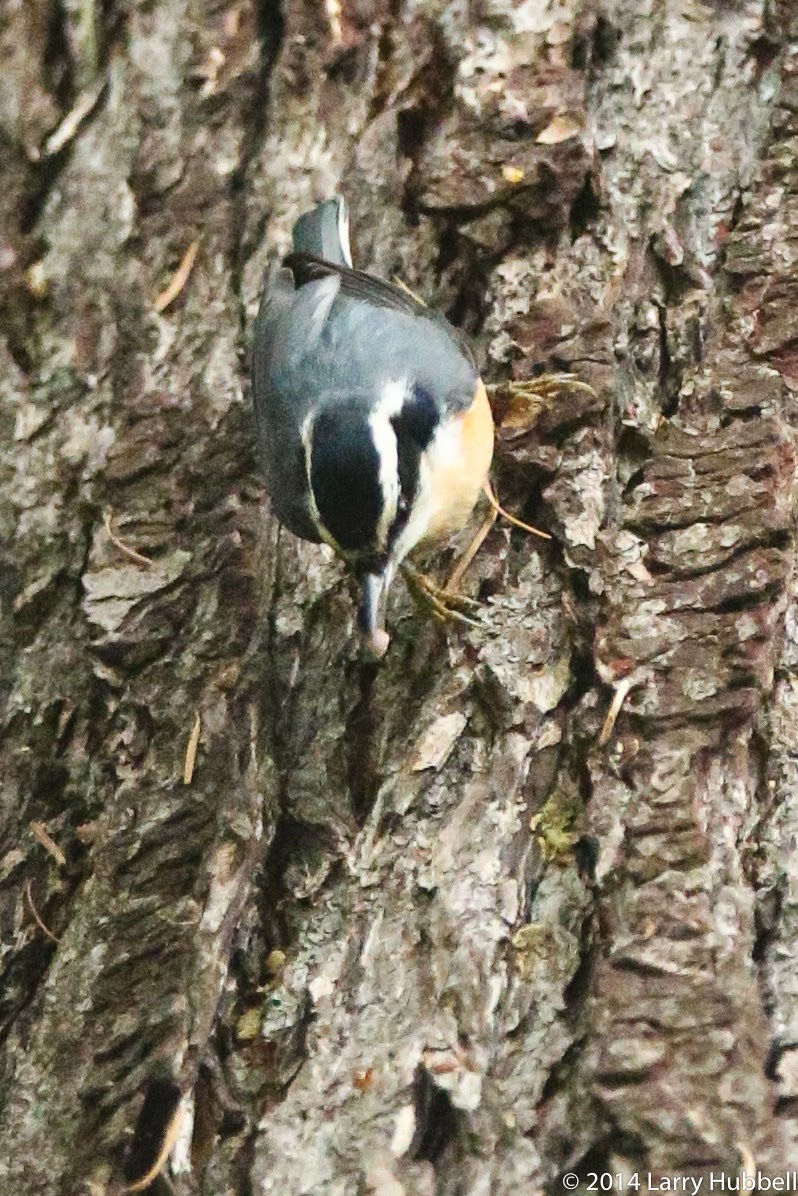 Sadly, the location does not meet the stringent requirements of the Nuthatch. It flies away to look for a safer spot for its prized possession. 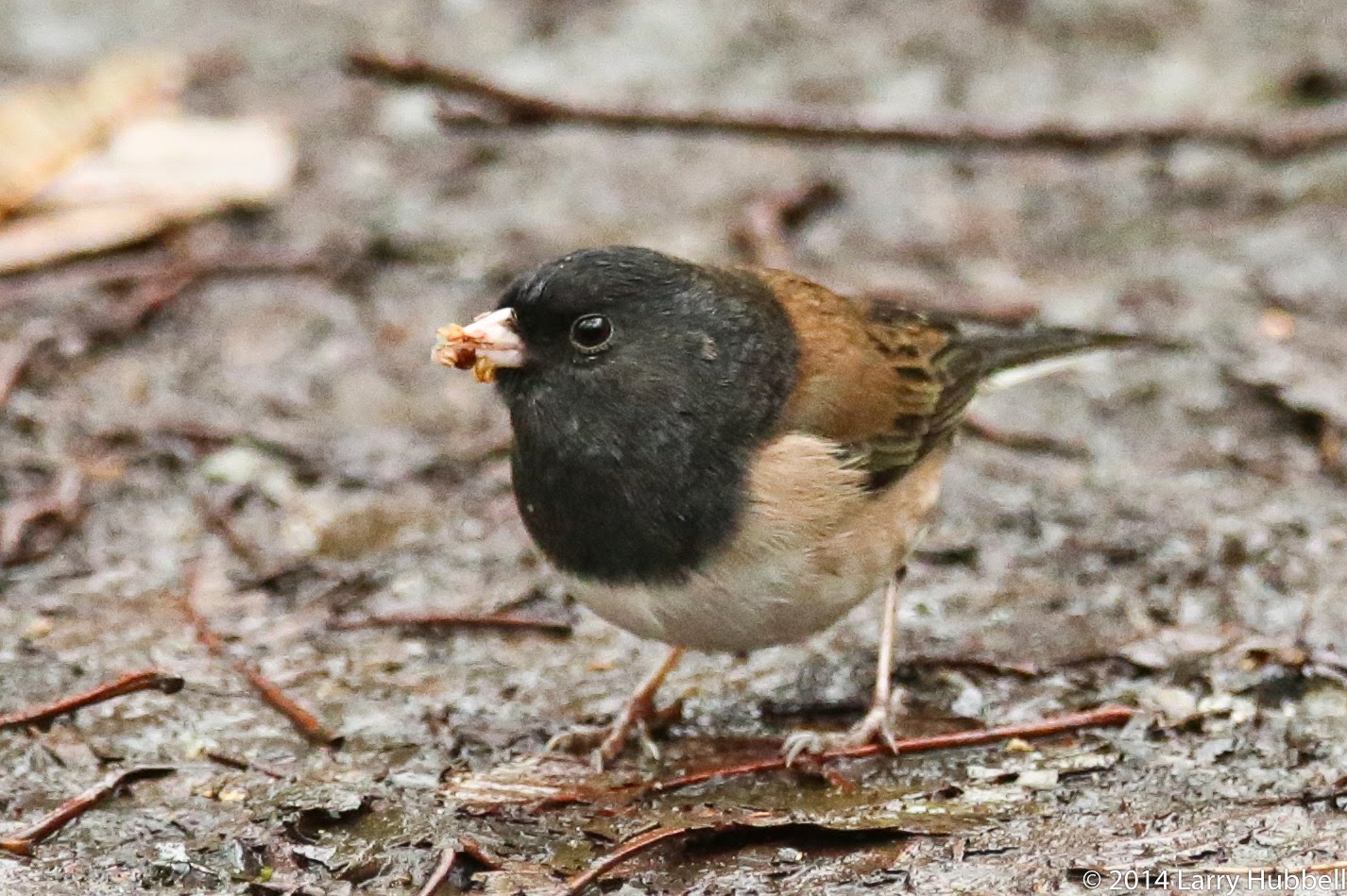 Nearby, a Junco works among the wet leaves to find food. It is puzzling that the Junco seems to collect multiple seeds on the outside of its beak. If it was spring, one would think it was collecting food for its young in the nest. This late in fall, all the young should be out and about and finding their own food, so why does't the bird eat as it goes? 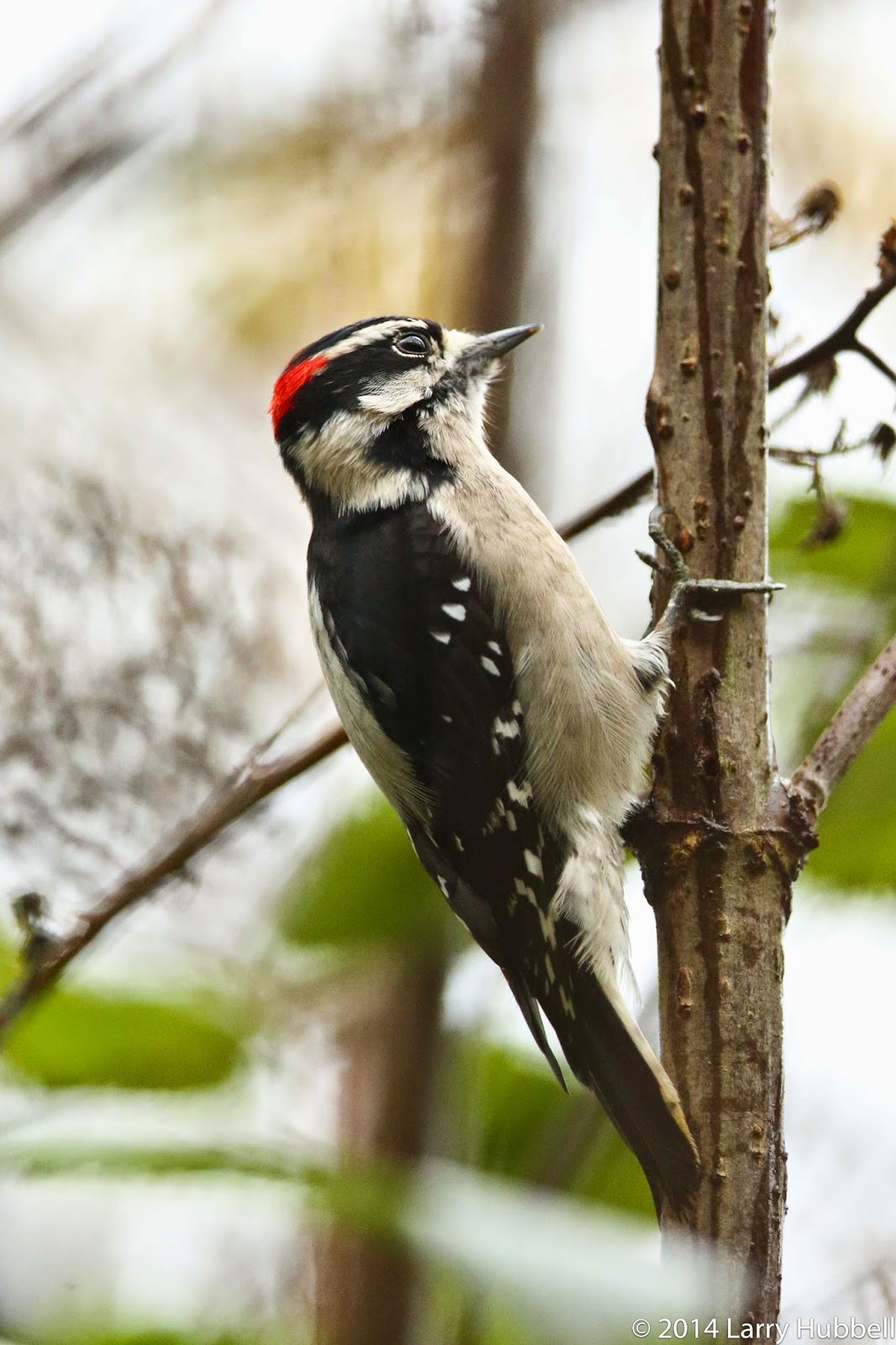 Further down the trail, a male Downy Woodpecker searches a small living sprout of a willow tree for food. Although, Woodpeckers normally prefer larger dead trees, the small size of this "tree" did not stop the Downy from drilling for food--which it consumed on the spot. 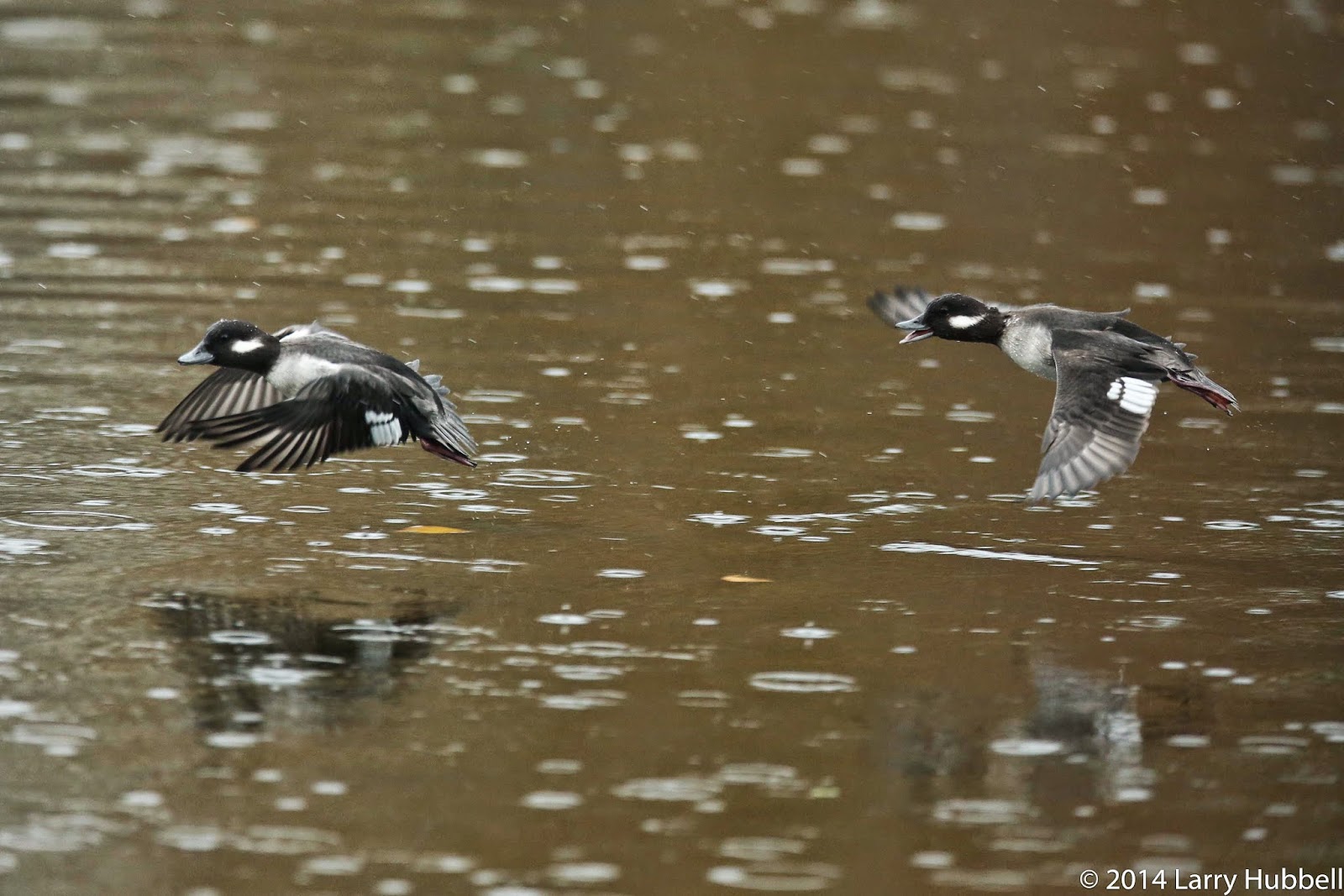 In last week's post, there were photos of a male Bufflehead chasing another male away from its mate; this week one female Bufflehead was seen chasing another. Was this also about mating? Could it have been about food? Maybe the bird being chased is actually the offspring and the mother is saying: "You are as big as I am and it is time you found your own food!" 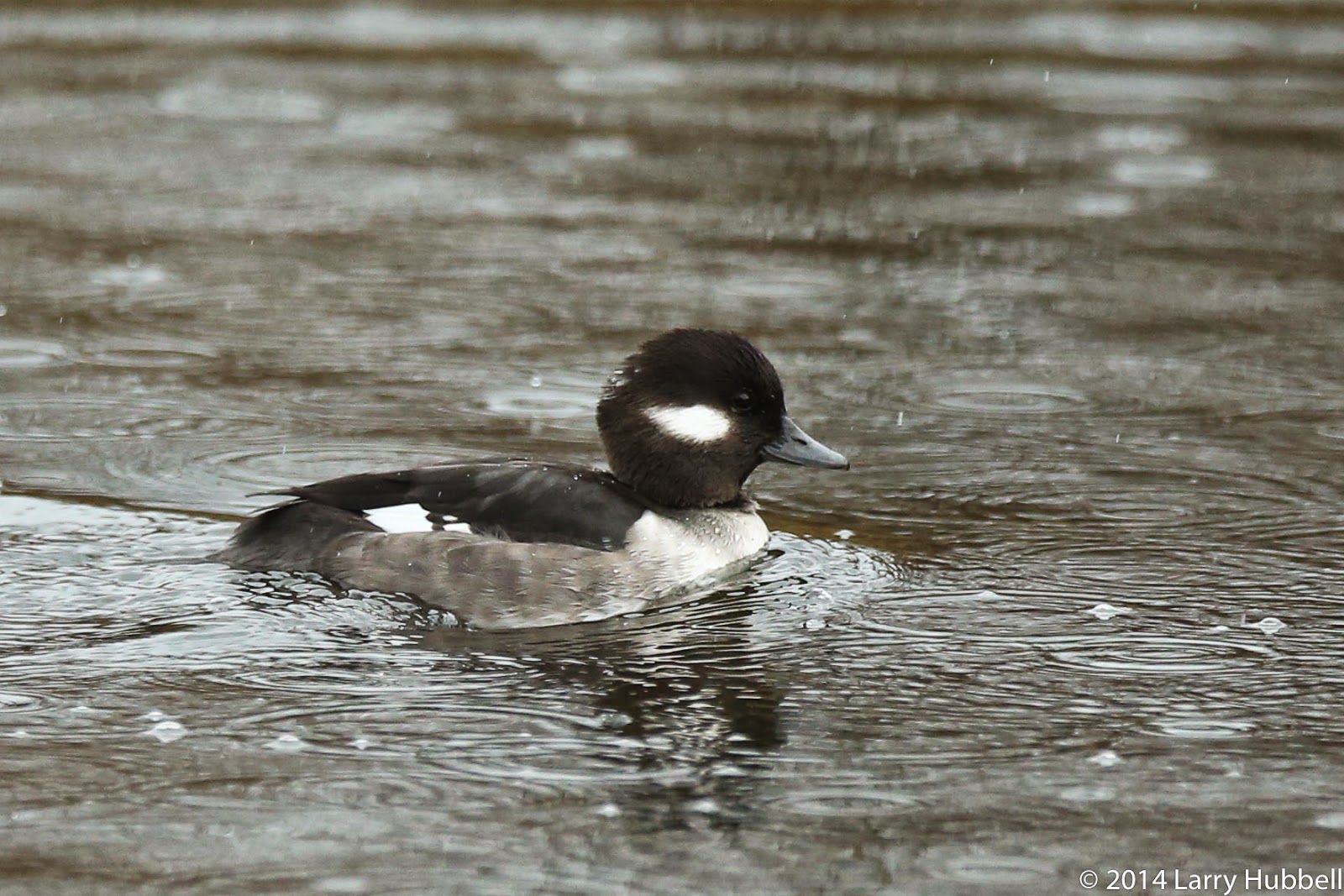 With the first bird successfully chased away, the Bufflehead seems proud as she heads back to her original location. 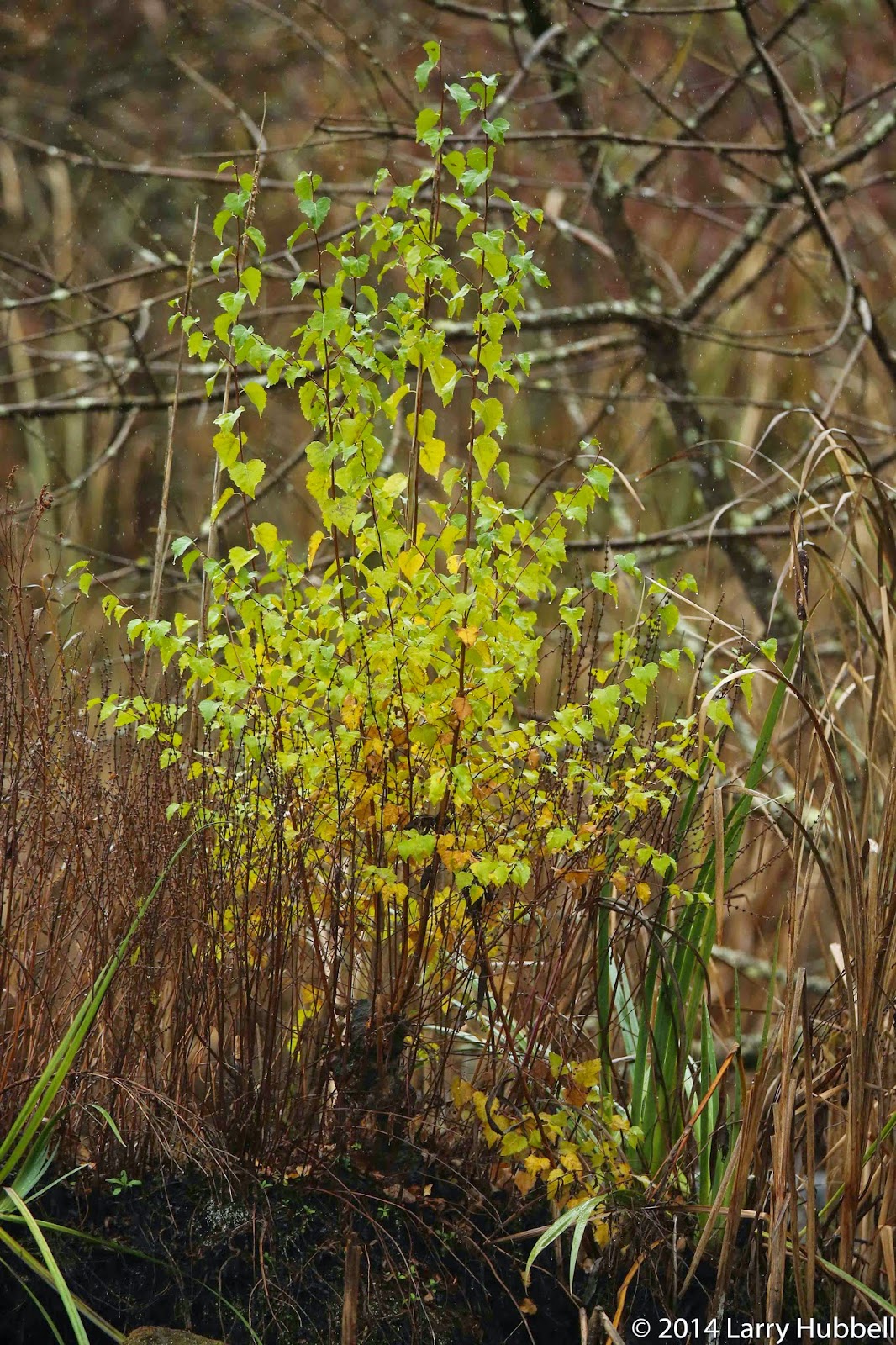 The bright green of this little bush stood out against the brown color of its November neighbors. 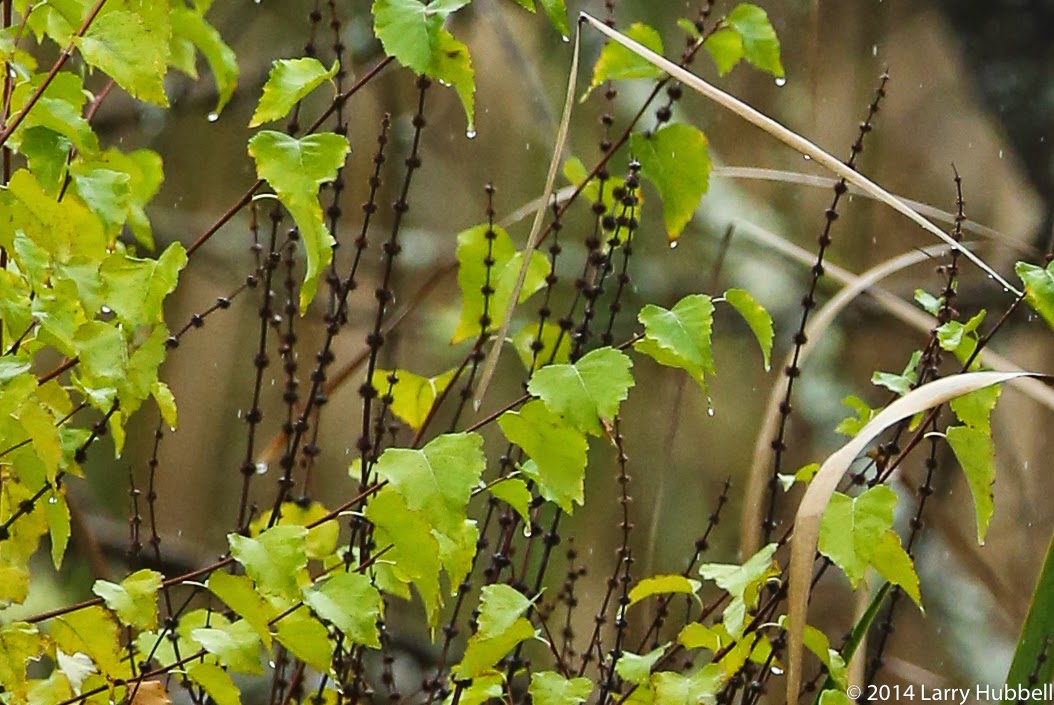 In the distance, its leaves looked a bit like a Cottonwood. A closer inspection, shows ruffled leaves, unlike a Cottonwood. This close up also shows brown little balls on nearby twigs. I am uncertain if the two are the same plant or what these are called. If you know these plants I would certainly like to hear from you, if you can make it past the Google comment challenge. :-)

Away from the Bay:

This week at Sikes Lake, mom and dad with a baby in between, come in for a landing.

A few moments later, the cousins arrive. Can you pick out the adults?  The color of swans changes as they age: juveniles are grey and adults are white. 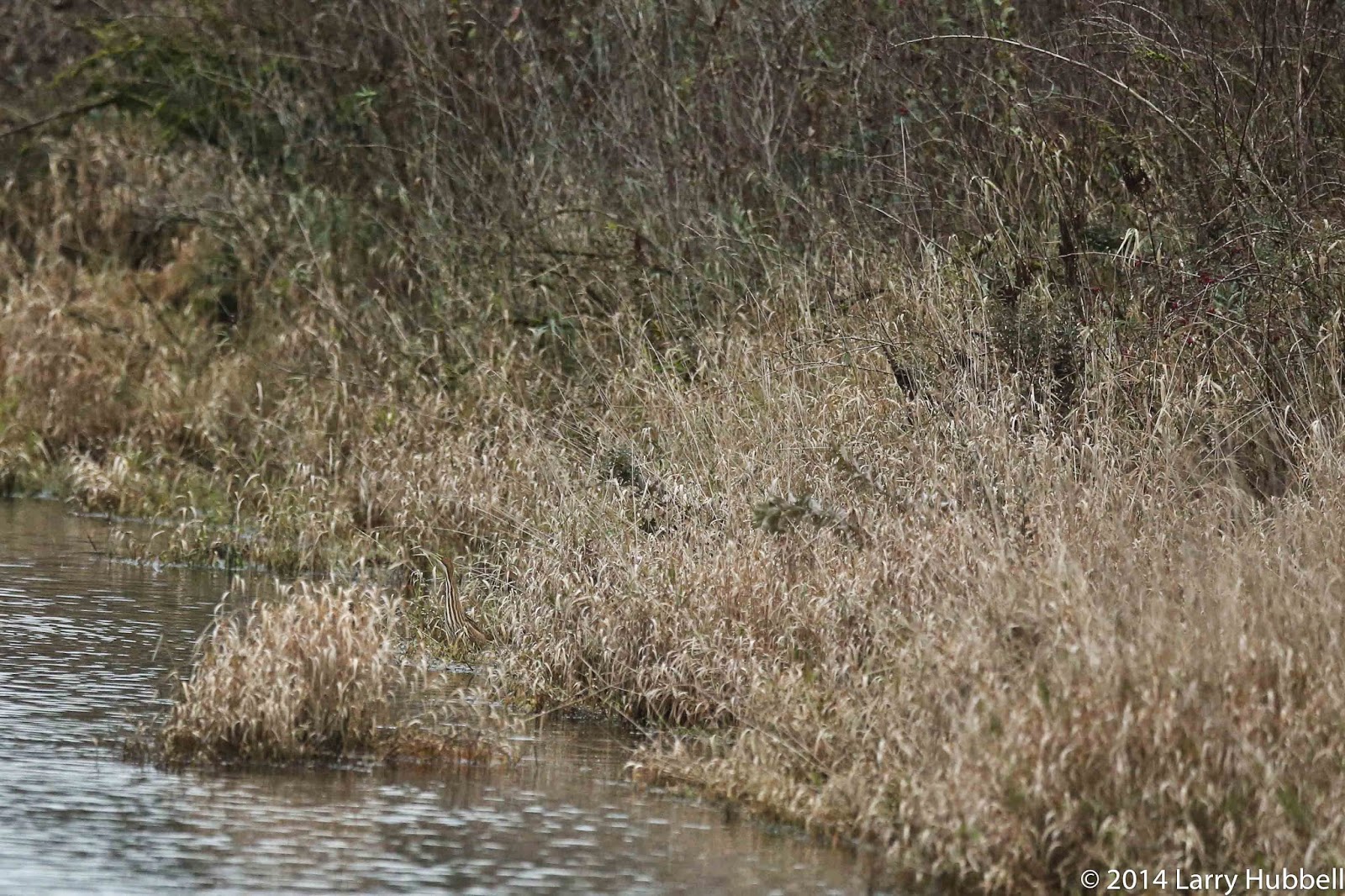 Nearby, a bird hides in plain sight. Can you see it? 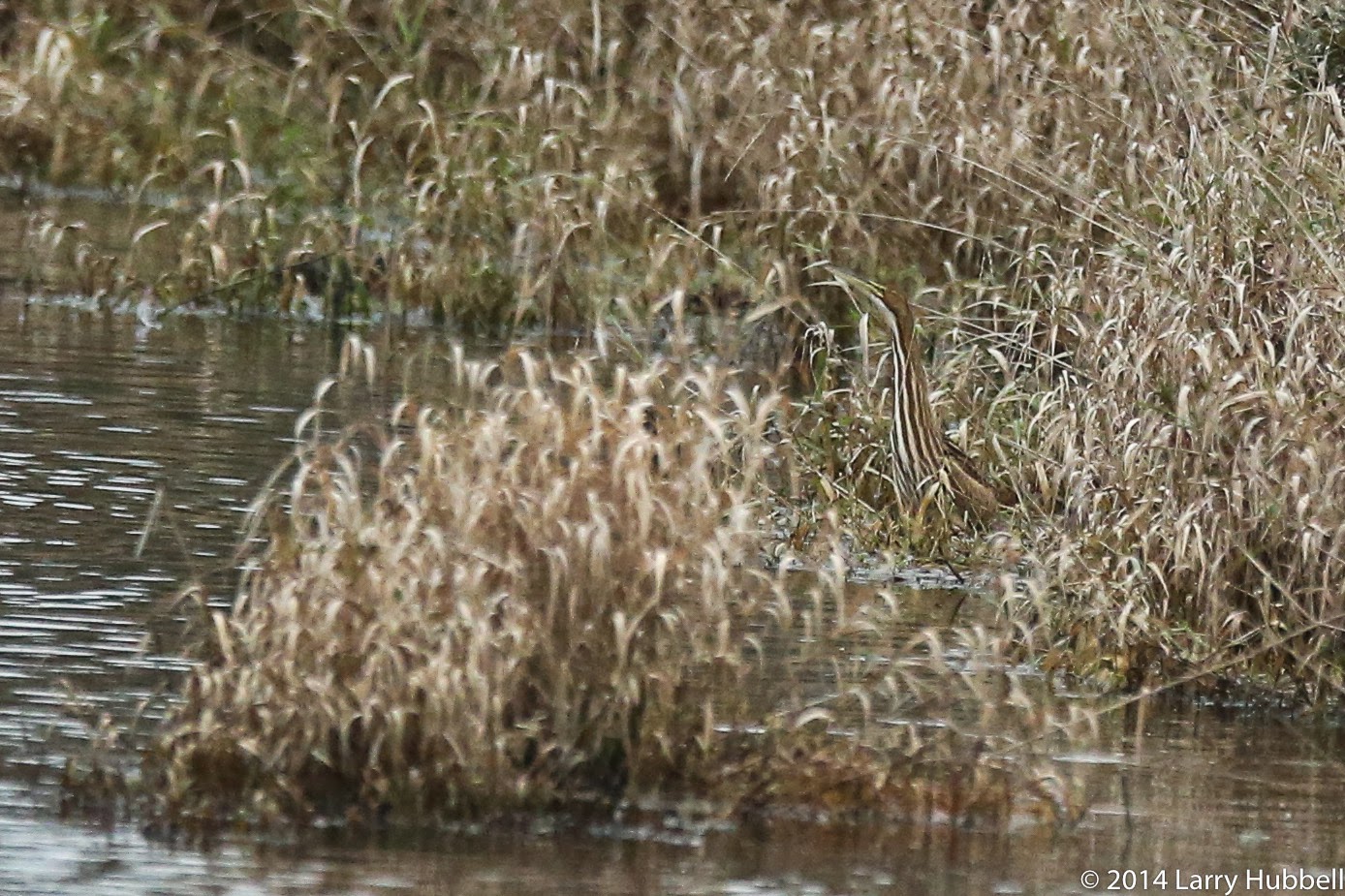 How about in this close up from the same photo? 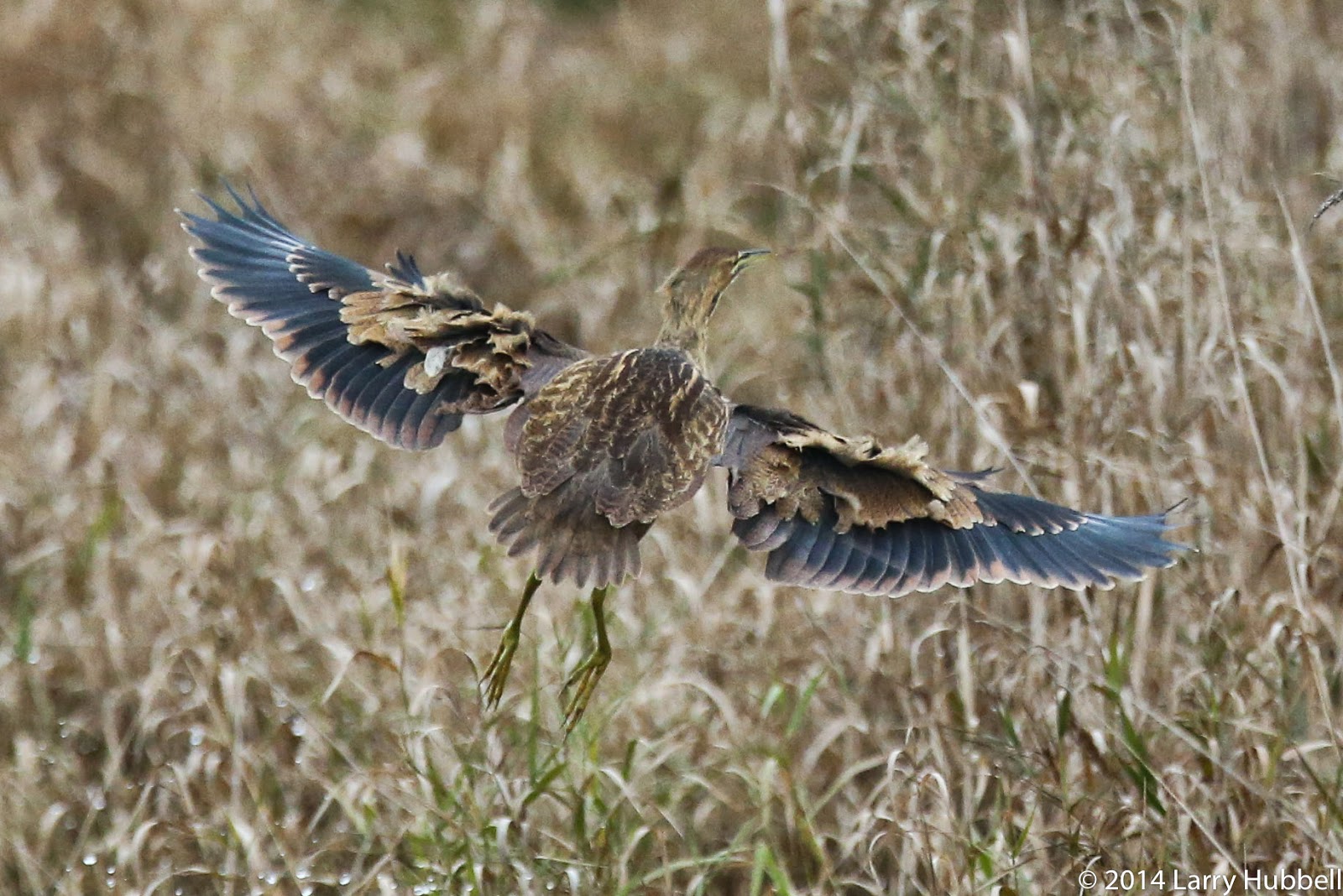 The Bittern was easier to see when it flushed a bit earlier. 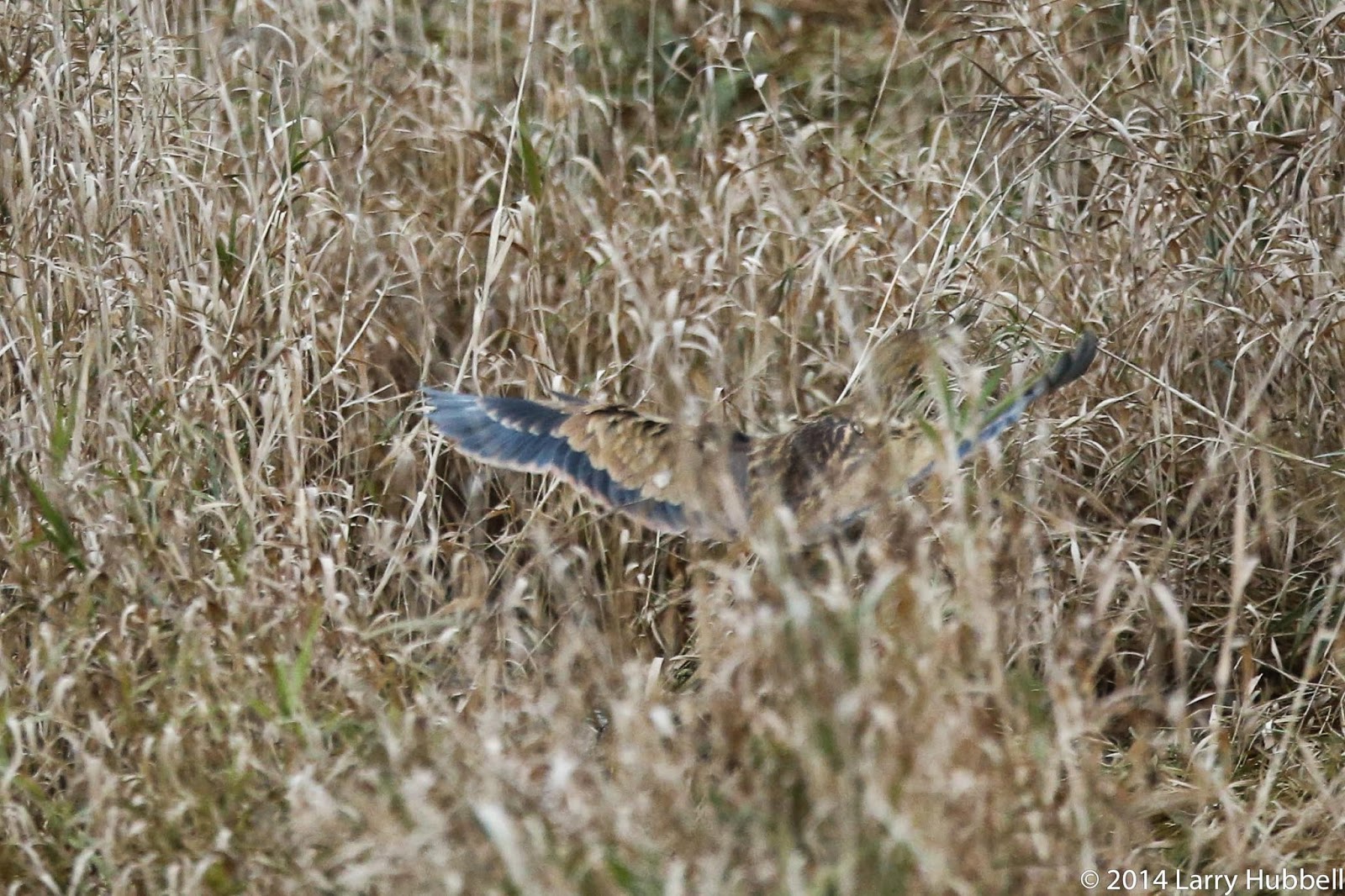 The Bittern blends in with amazing quickness. 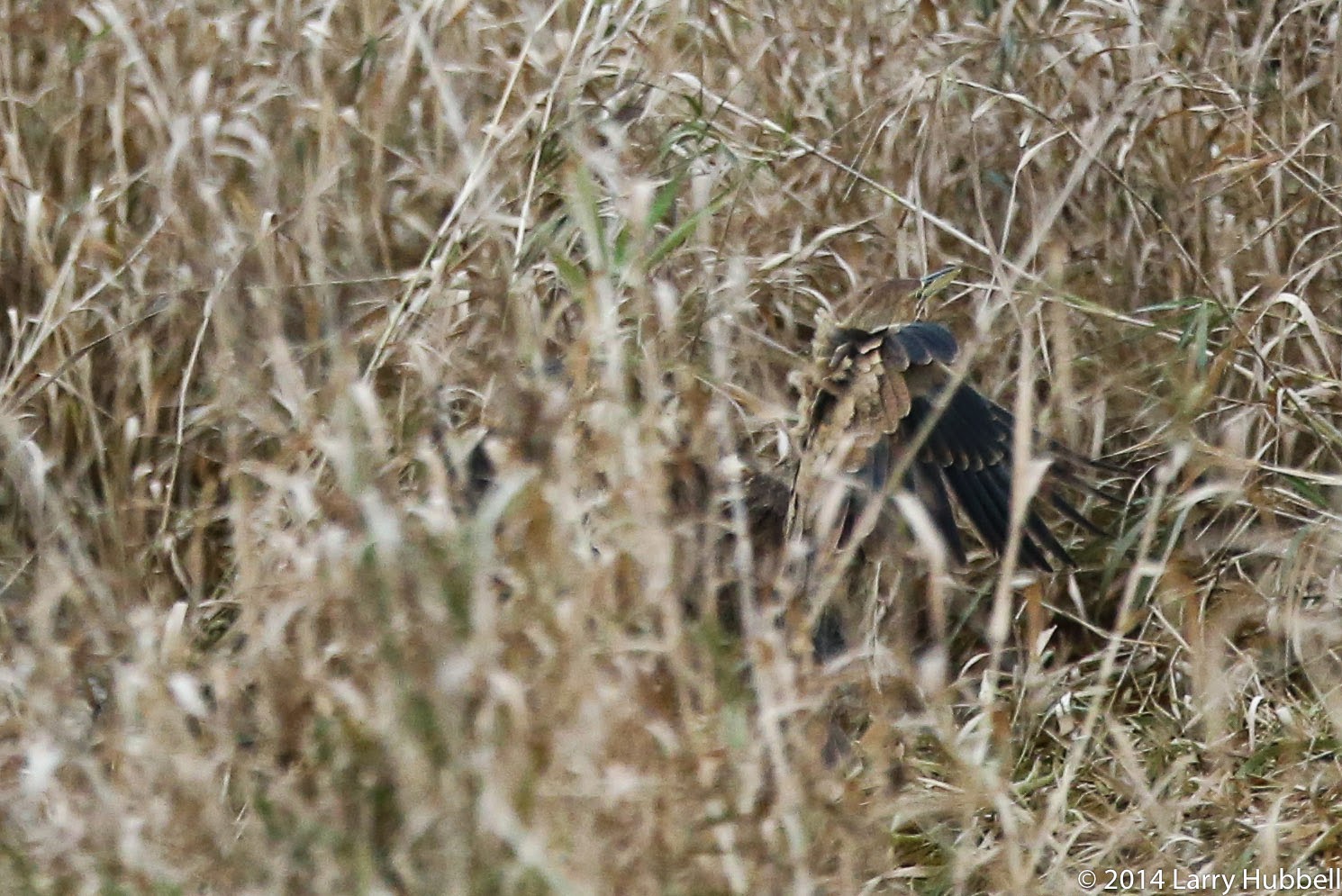 Only one wing visible. 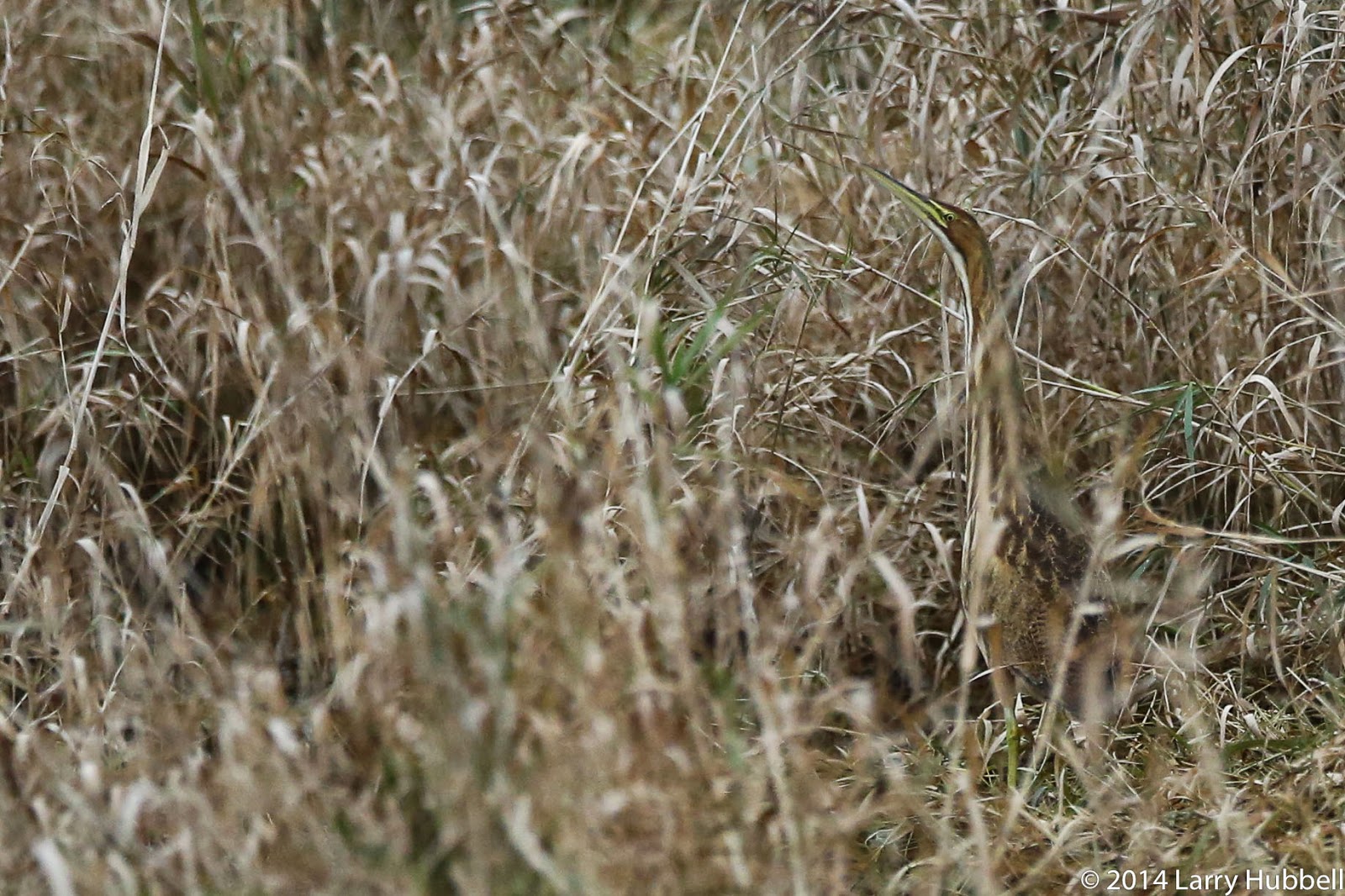 It is as if the Bittern is saying, "Can you see me now?" 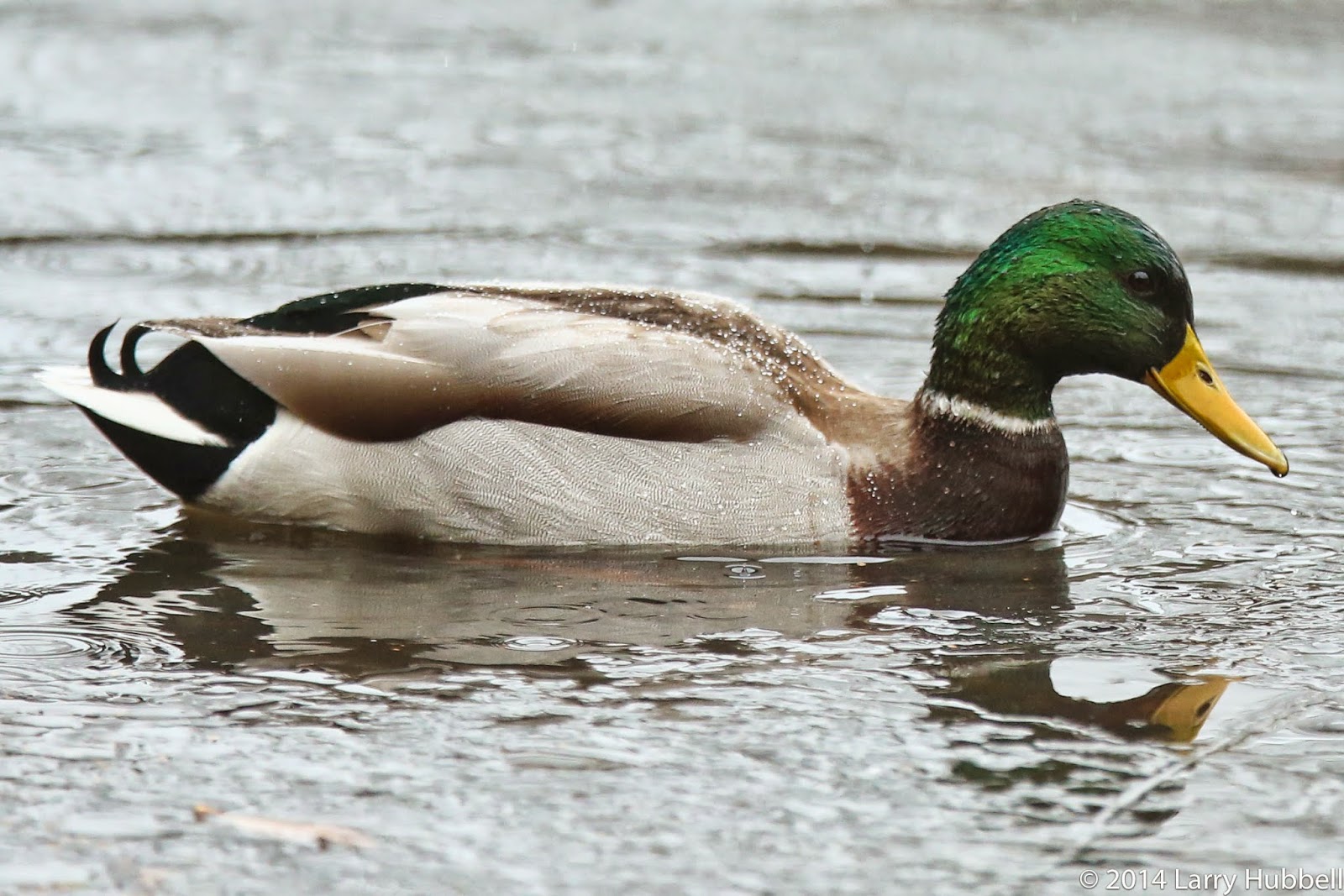 This photo, of a Union Bay Mallard in the rain, makes one think of phrases like, "Water off a duck's back" or "Great weather for ducks!" It is obvious that not all of the water is repelled off the duck. Consider the thoroughly soaked look of the duck's head. Maybe rain isn't such great weather for ducks after all.