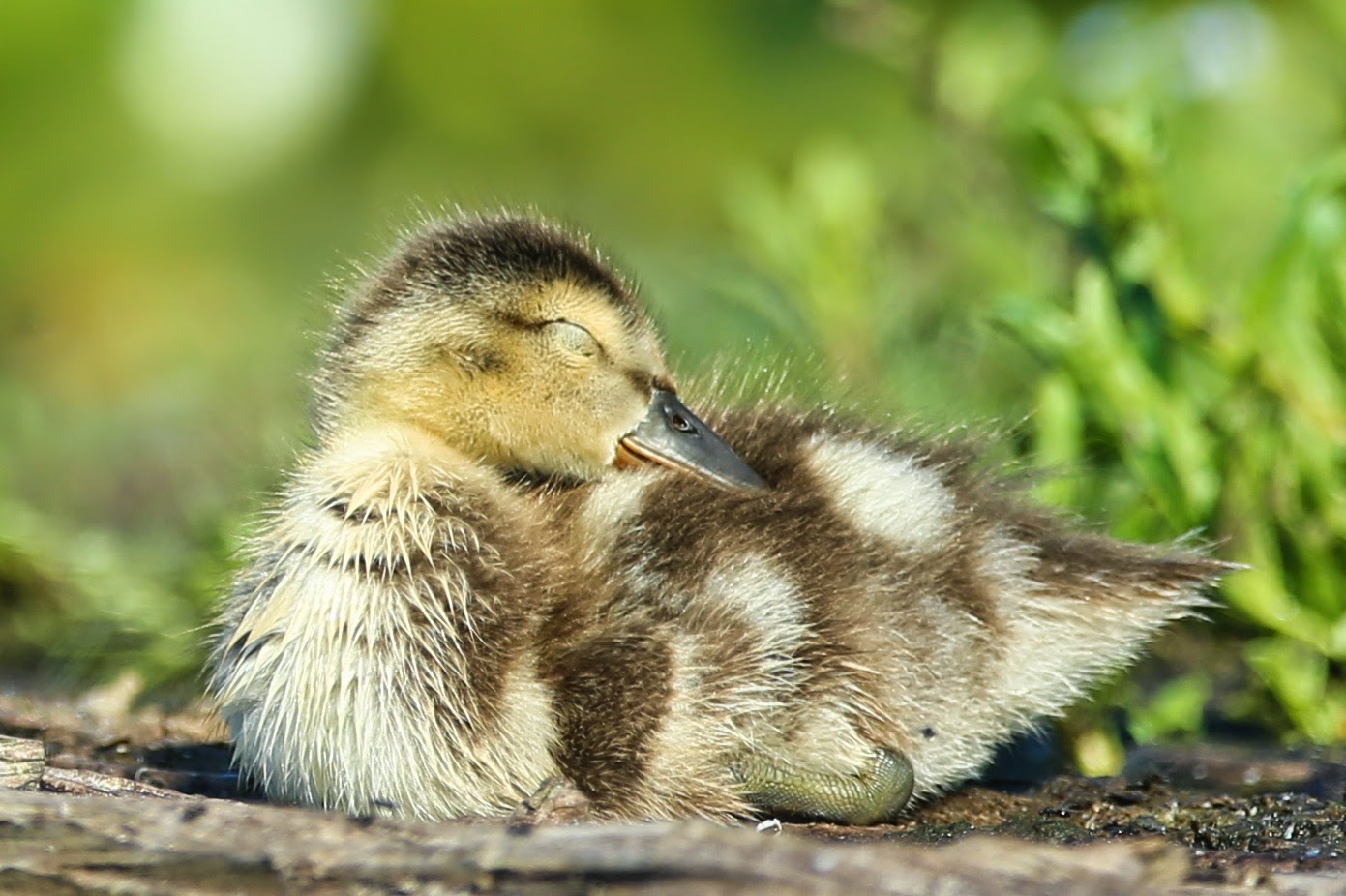 Imagine the innocence of a duckling's dream. Having only lived a short while, during which the world was full of sunshine and juicy little bugs, what else is there to want? 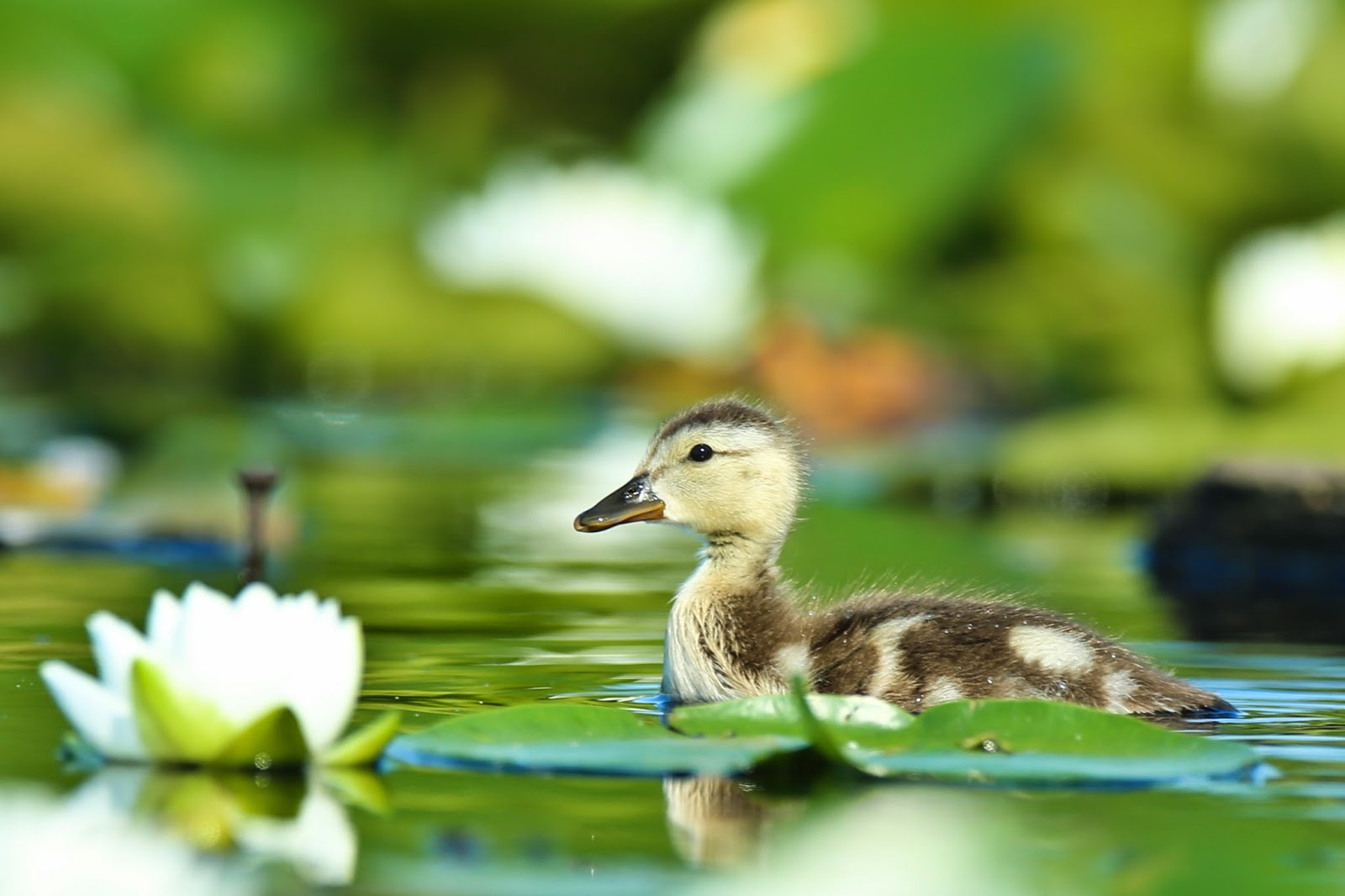 A few minutes earlier this little one had been following its mother among the lily pads. 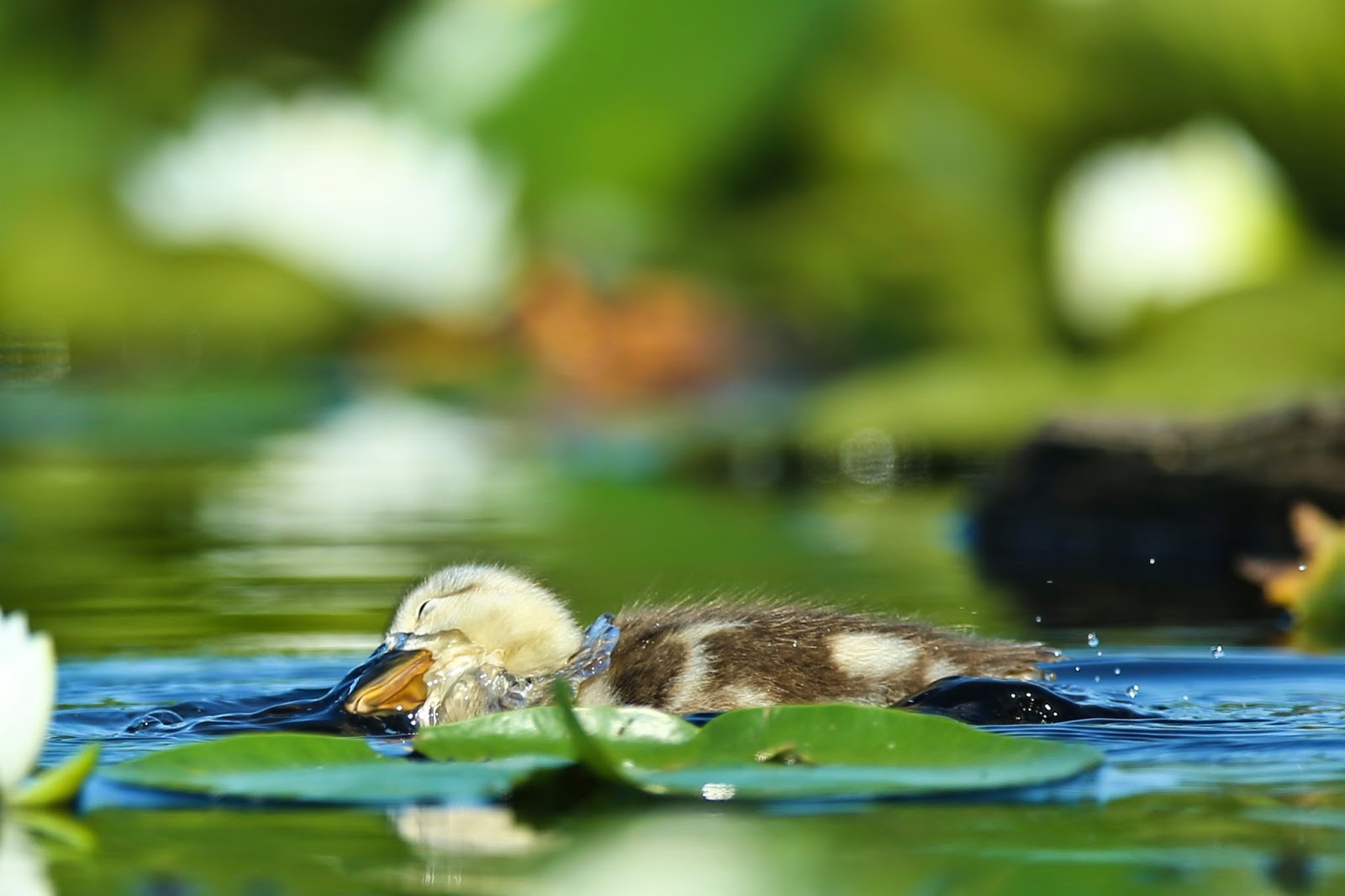 When mother stopped to rest on a nearby log our duckling decided it was bath time. 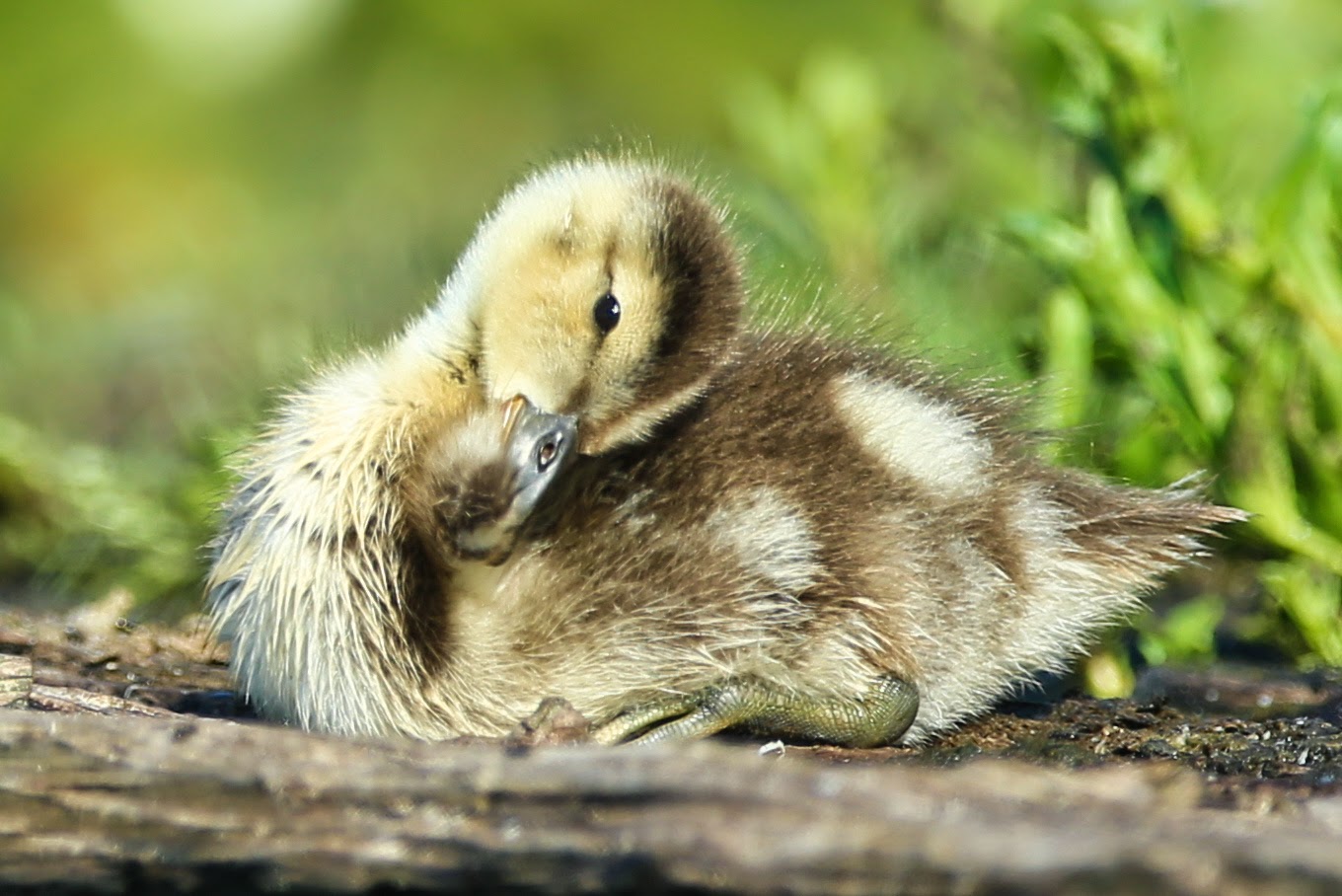 The dreaming came just after the bathing and preening. A few moments later the young one decided it needed a little more protection. 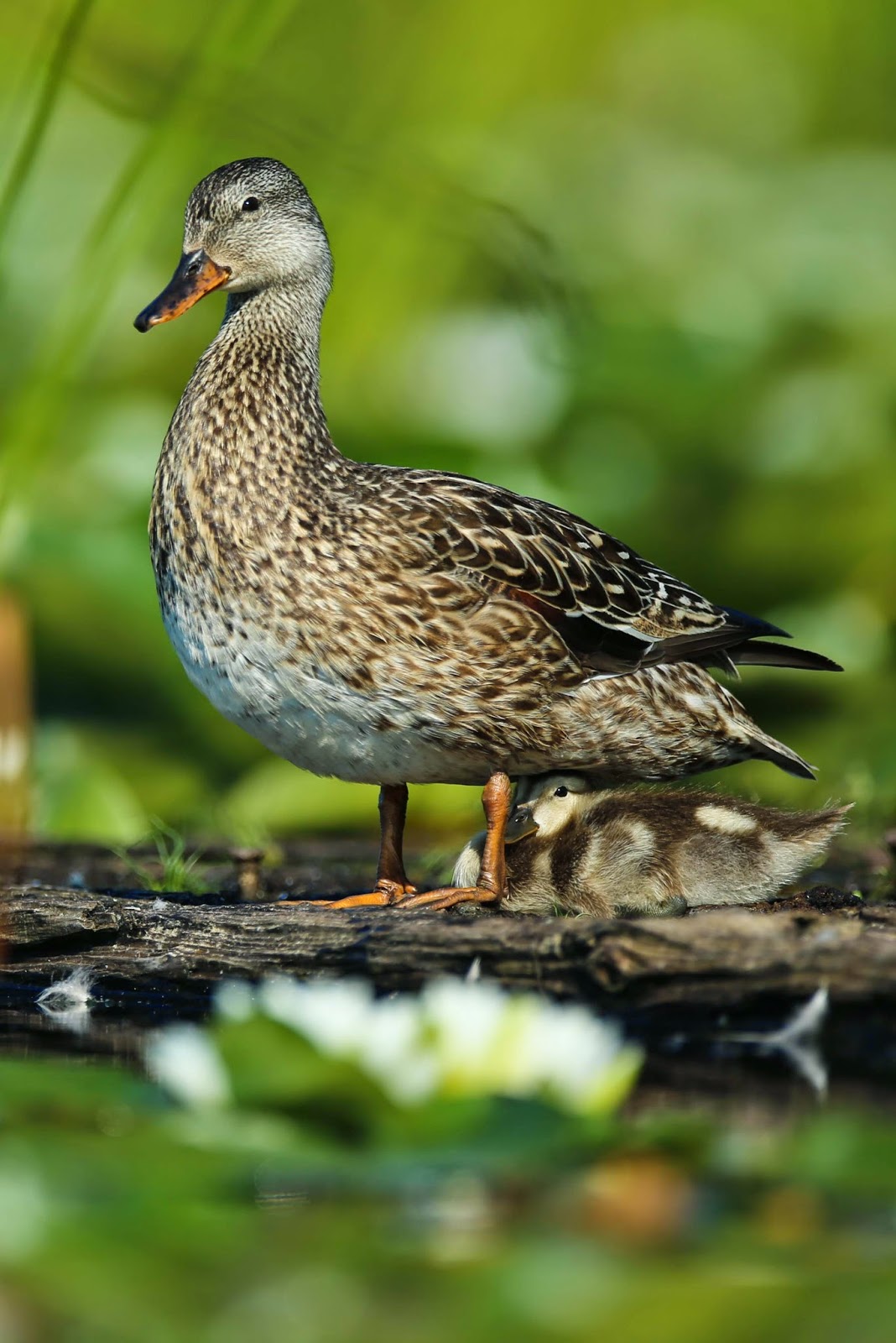 It is hard to imagine a more secure situation. 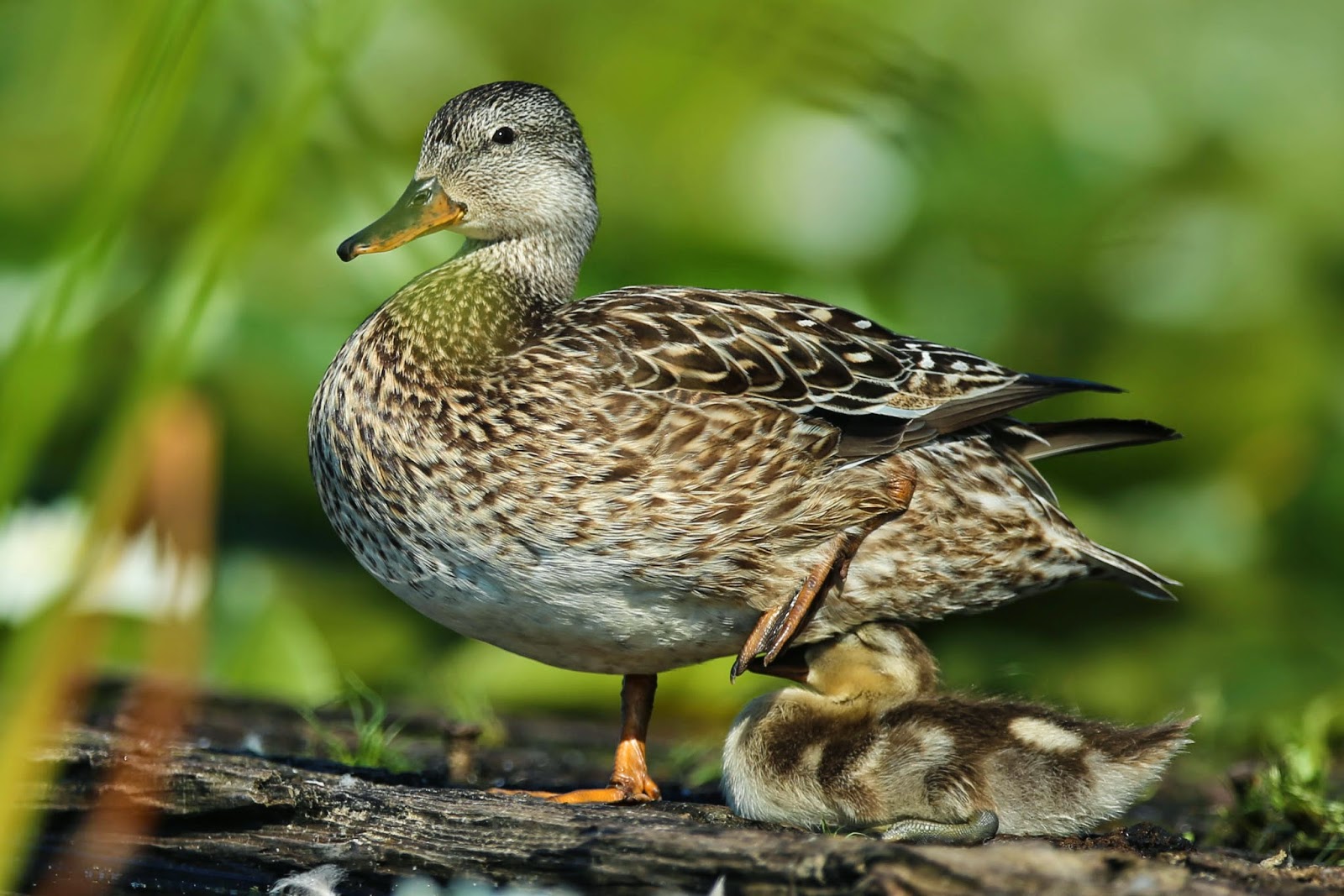 Although occasionally it may become necessary... 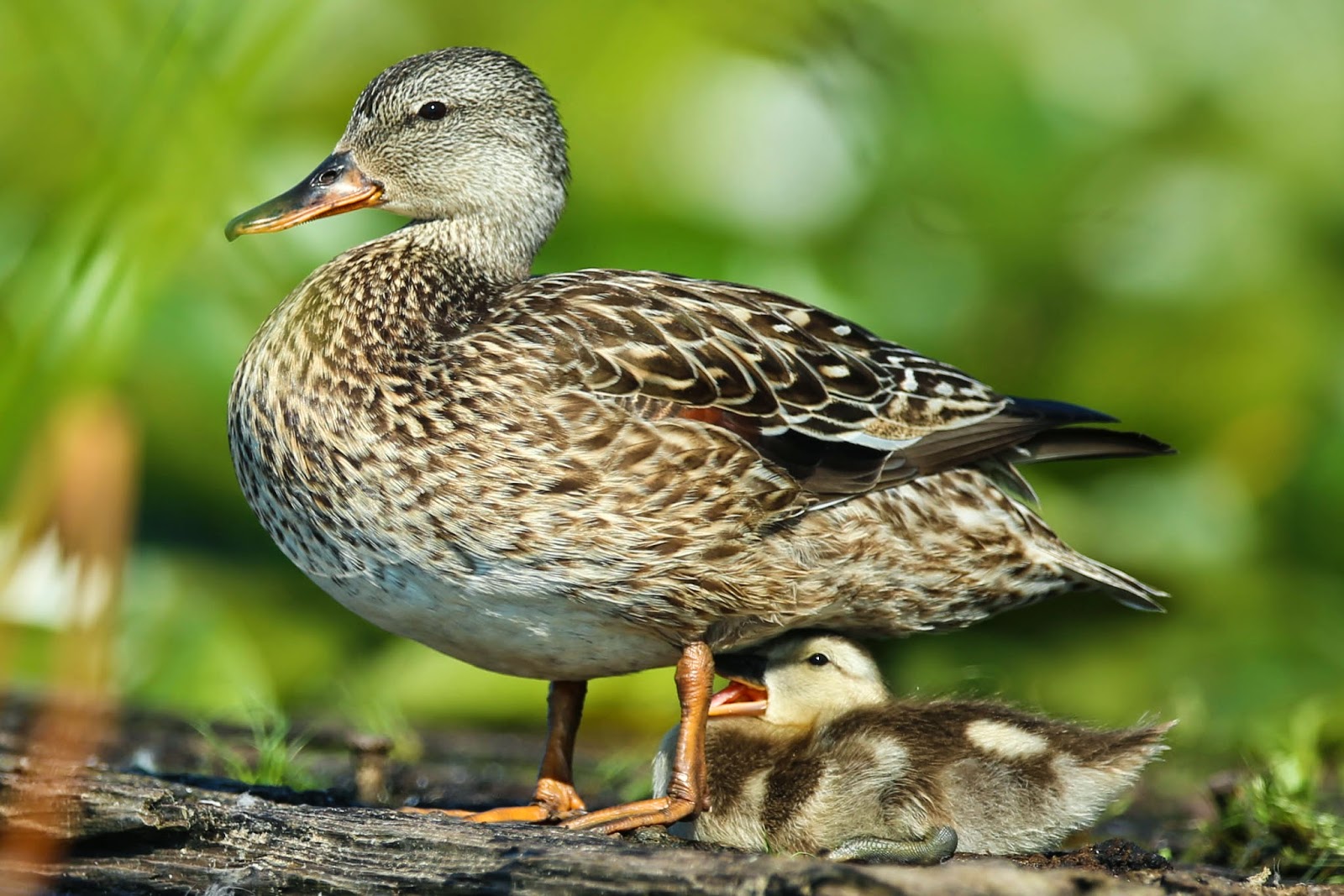 ... to remind her of your exact location. 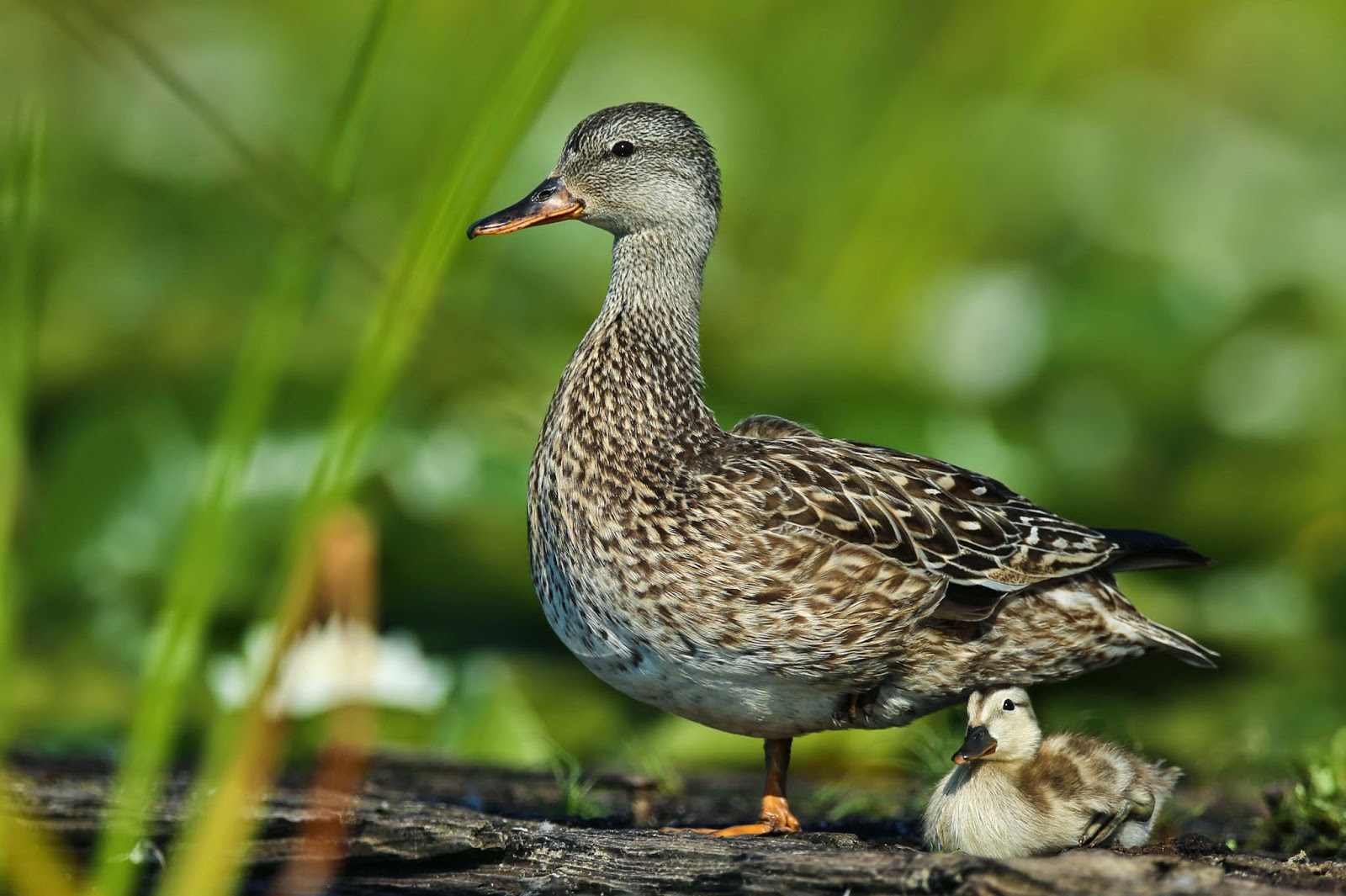 You can almost hear the mother saying, "Sorry I was just trying to stretch a bit." 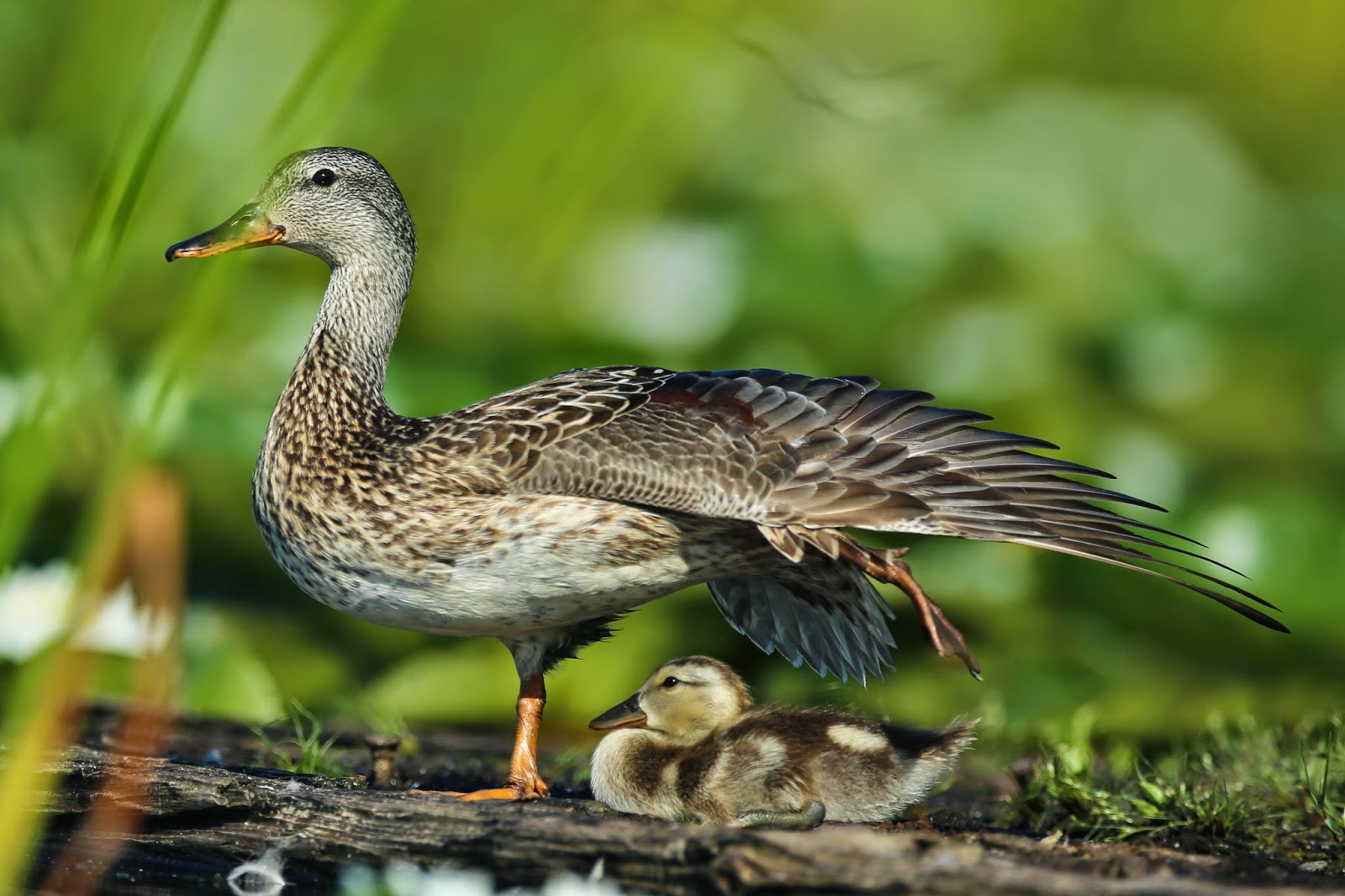 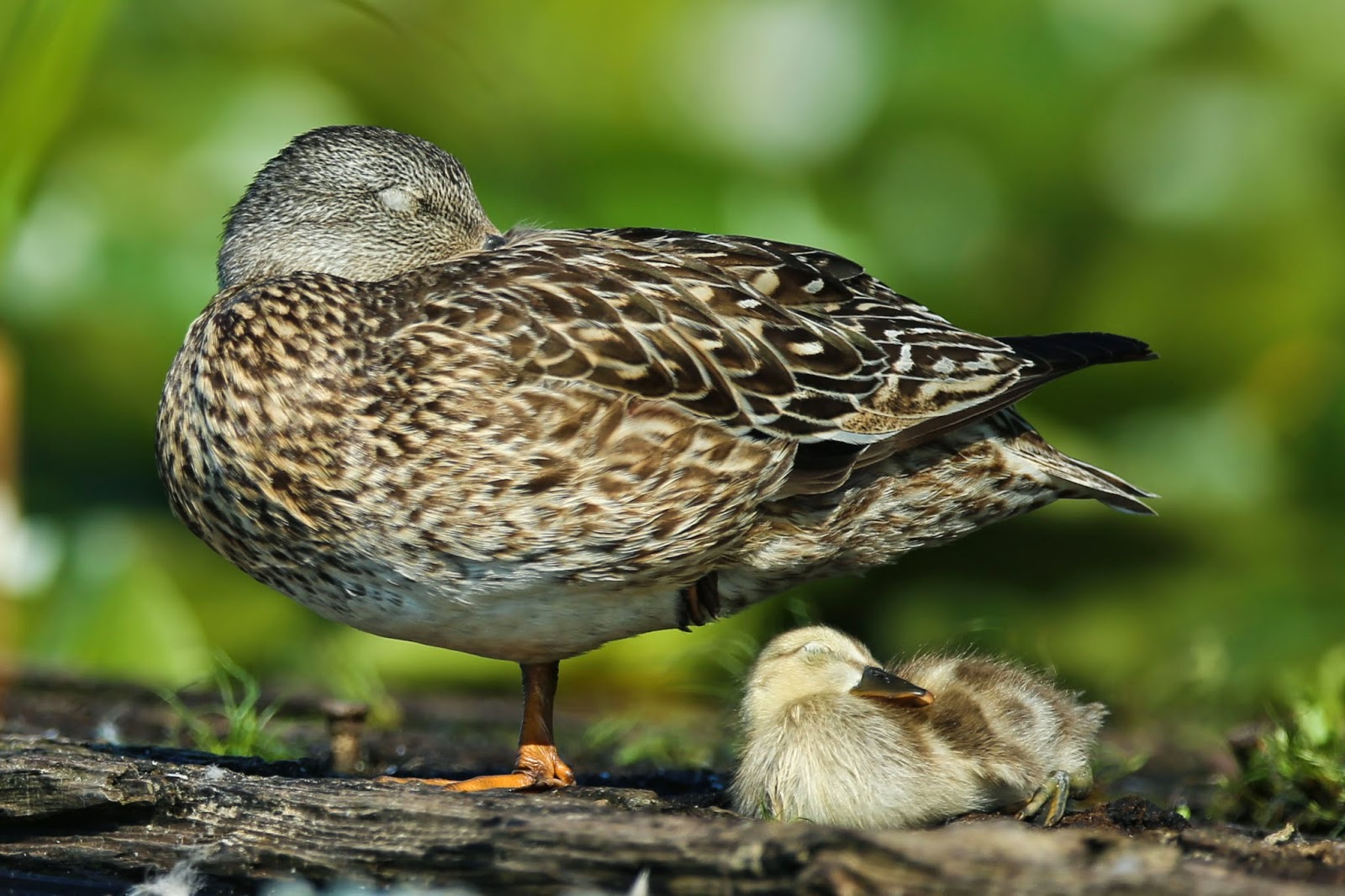 After all the excitement a bit more resting is required. 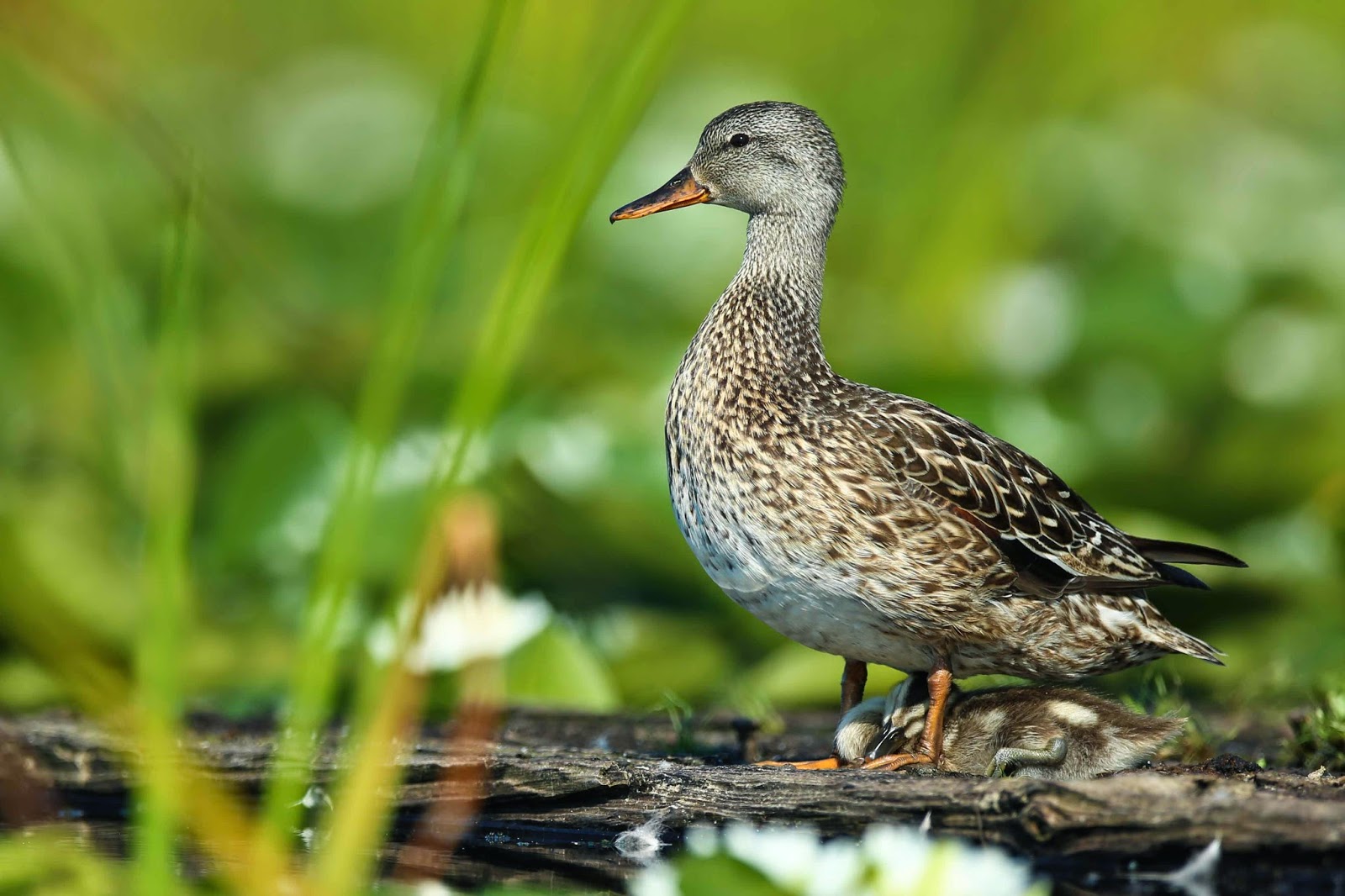 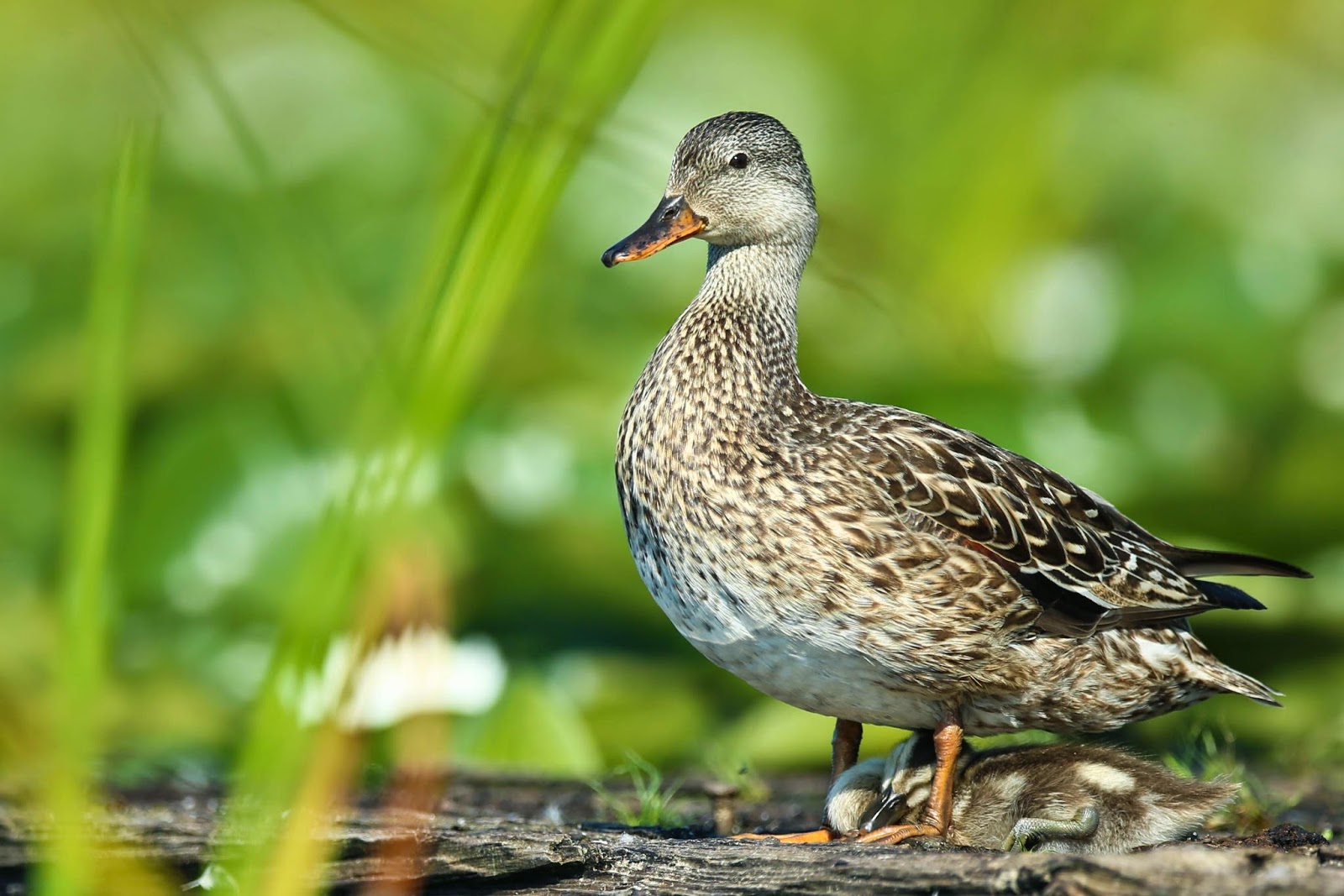 …the slightest sound brings the mother to full alertness. 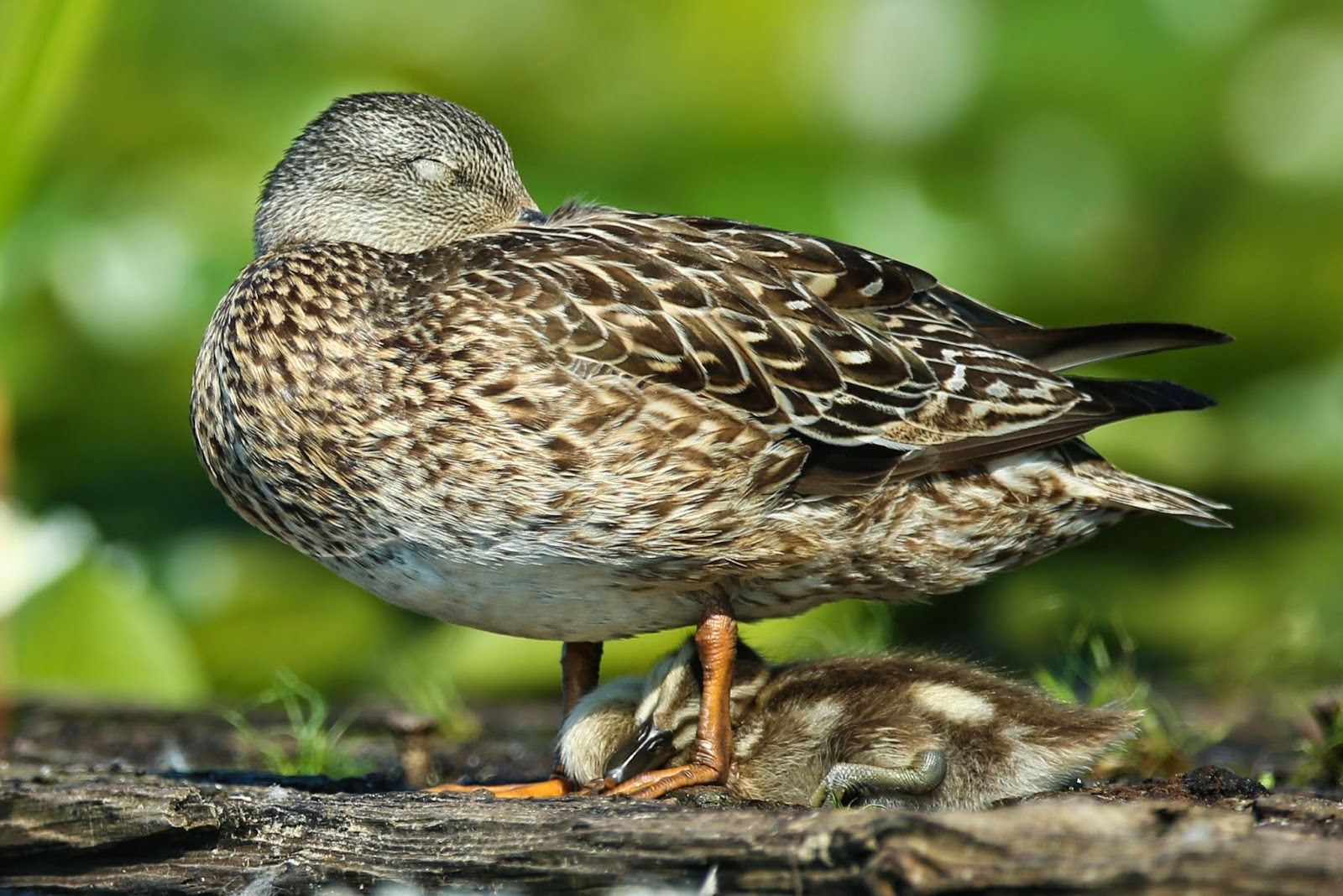 However in the end they both get to catch a little shut eye. It is curious how nature works. The mallard ducklings have been out and about for as much as two months and are now nearly as large as their parents. On the other hand gadwalls, like these, seem to have waited much later to lay their eggs. Right now it seems like 9 out of every 10 young ducklings on Union Bay are gadwalls. It makes one wonder, Why? Is this a way for the young ducklings to have less competition for duckling food? Are the mallards just better adapted to handle some occasionally cold weather? or Are the mallards just more flexible and change their egg laying time depending on the weather?

Even among gadwalls there can be a lot a variation in reproduction. The photos above were all of a mother with a single duckling. 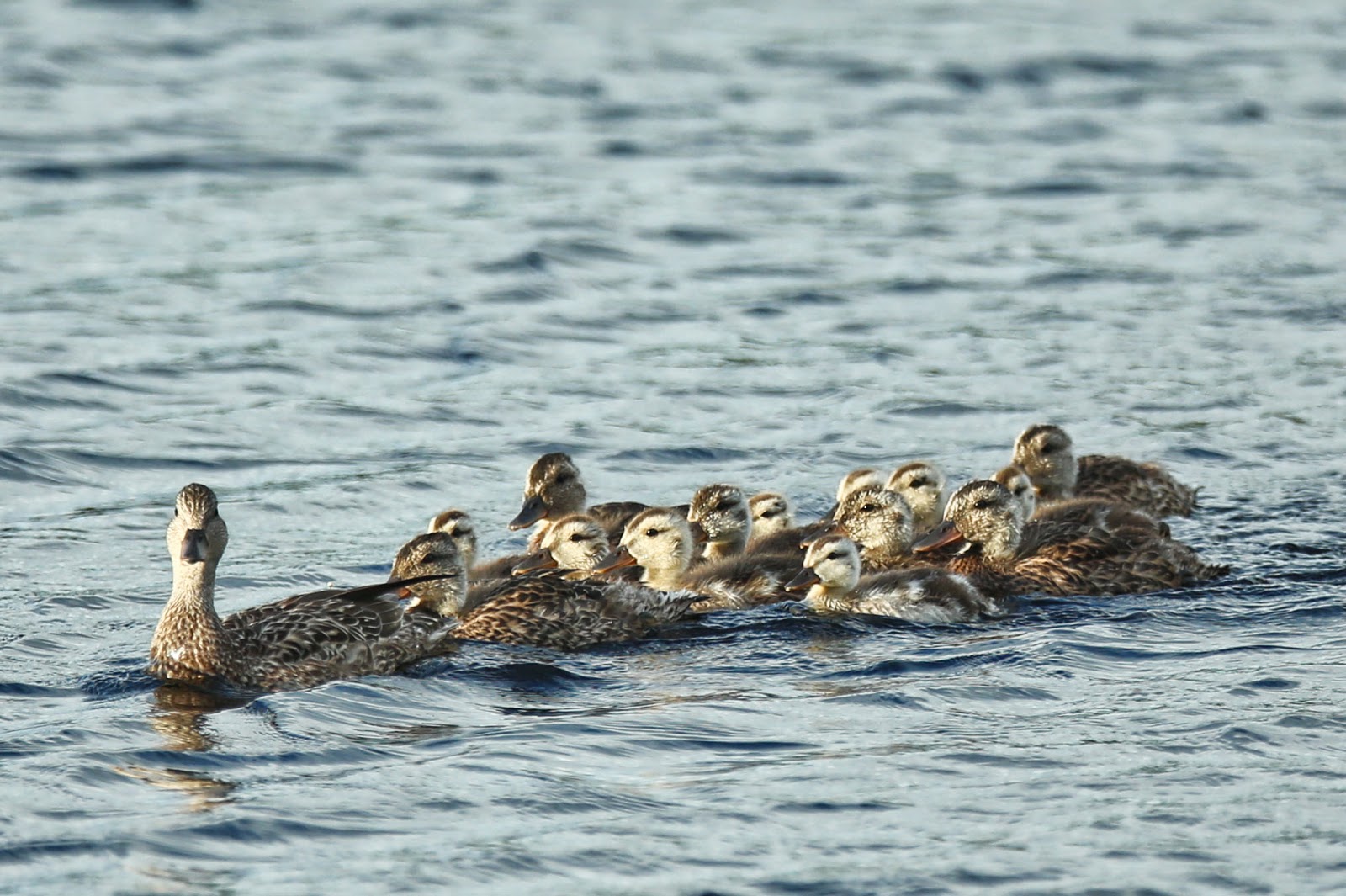 On Wednesday evening my wife and I spotted this female gadwall with a much larger collection of ducklings. How many do you see in this photo? Did you notice the variation in size and color? Cornell says that gadwalls lay one egg a day so there could be a significant difference in hatching time between the smallest and largest of these ducklings.  It also appears that the younger gadwall ducklings have lighter colored feathers than the older ones. 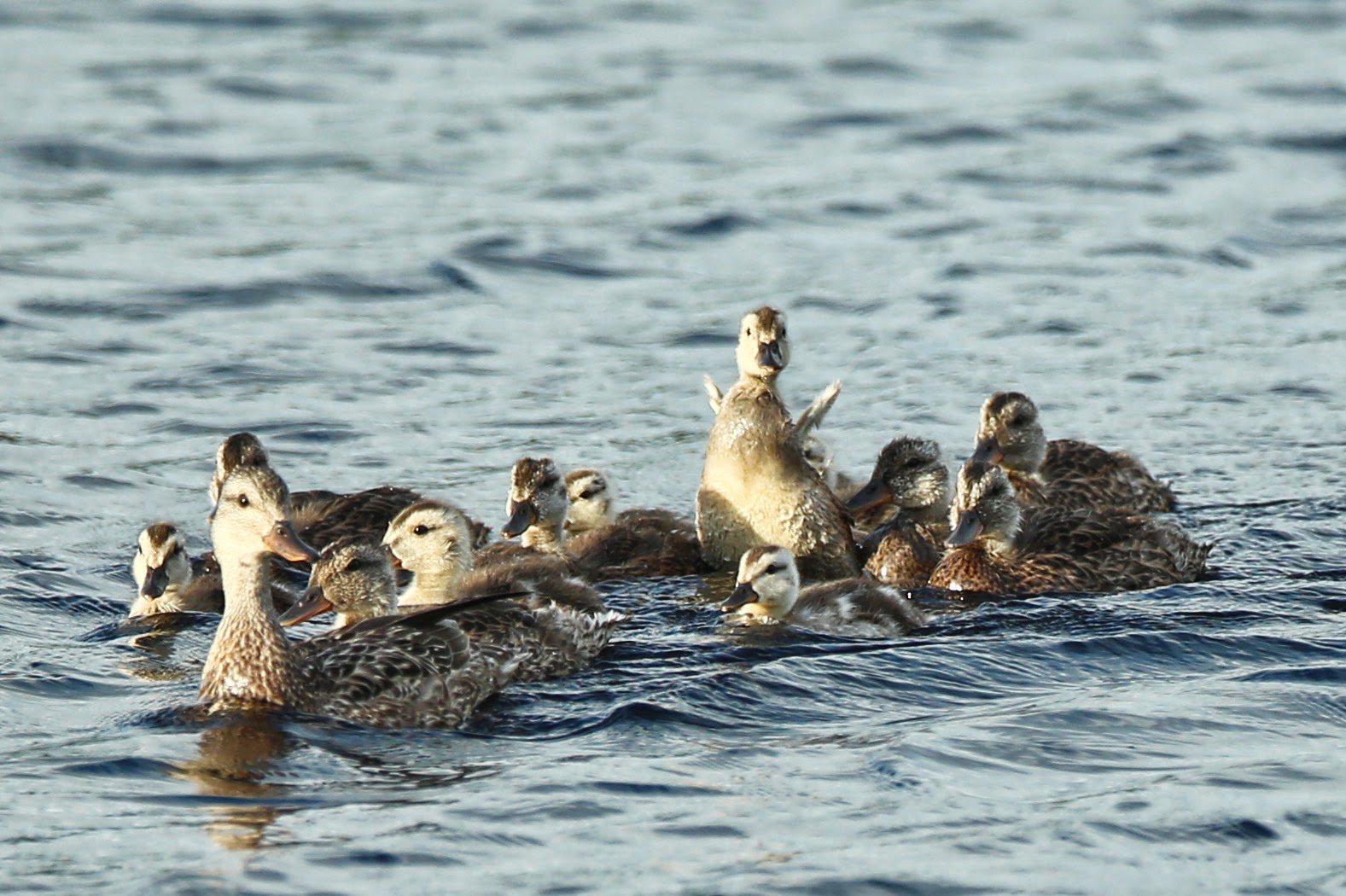 While crossing open water the ducklings all stay tightly bunched. It seems like a logical survival technique. It makes one wonder if it is nature or nurture e.g. instinct or education. 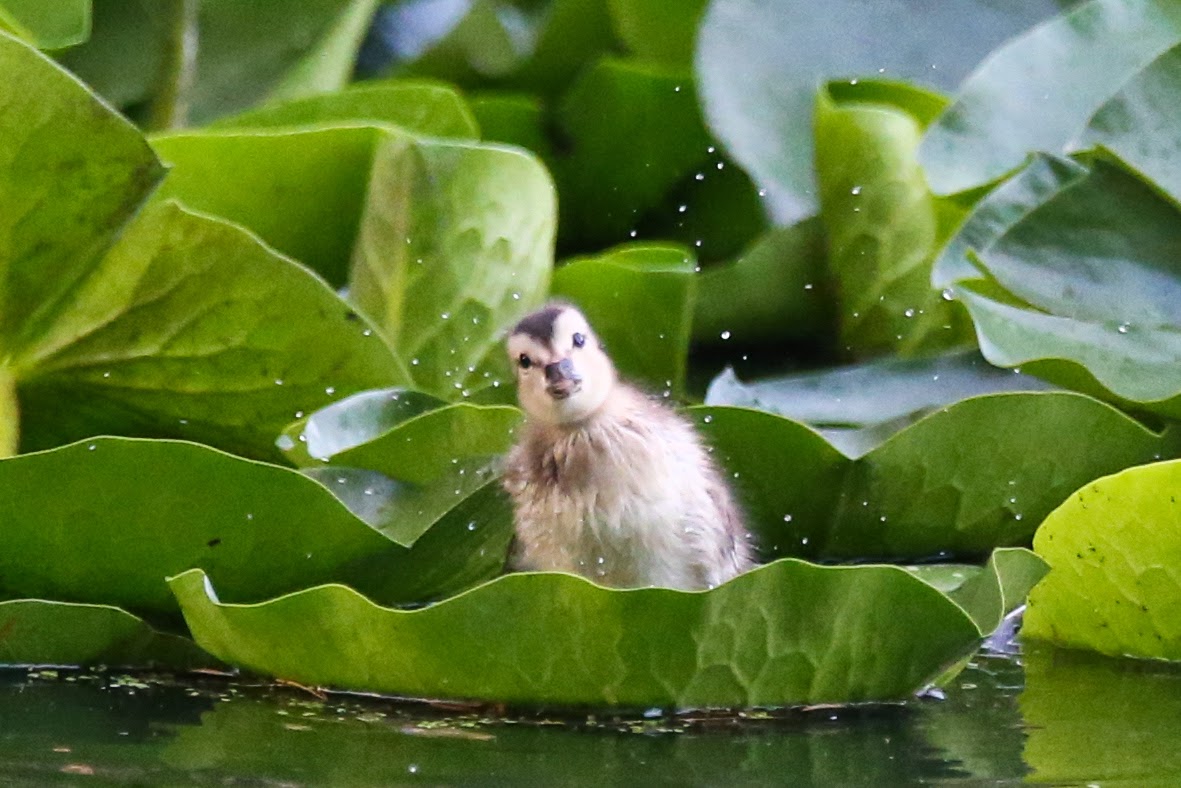 One morning this week a young gadwall was found using a lily pad as a bath tub. Apparently gadwalls have a bathing instinct. 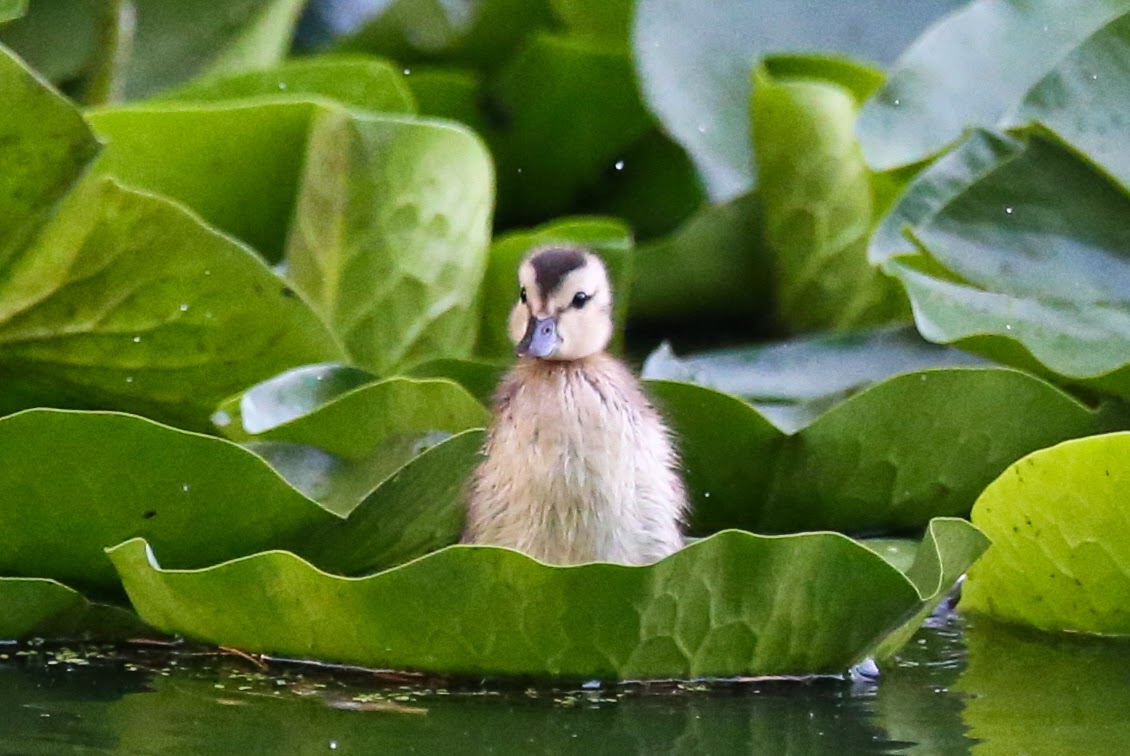 After a moment's thought… 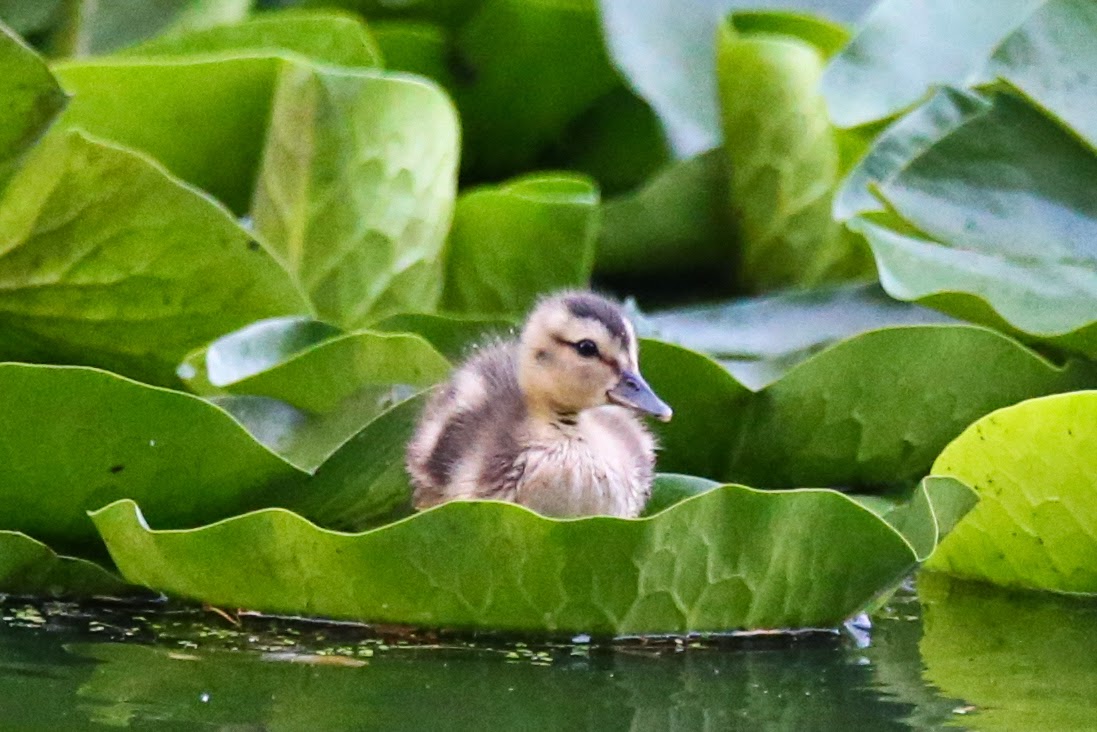 …it almost looks as though the lily pad is being transformed into a boat. By the way I counted 14 ducklings in the photo above. 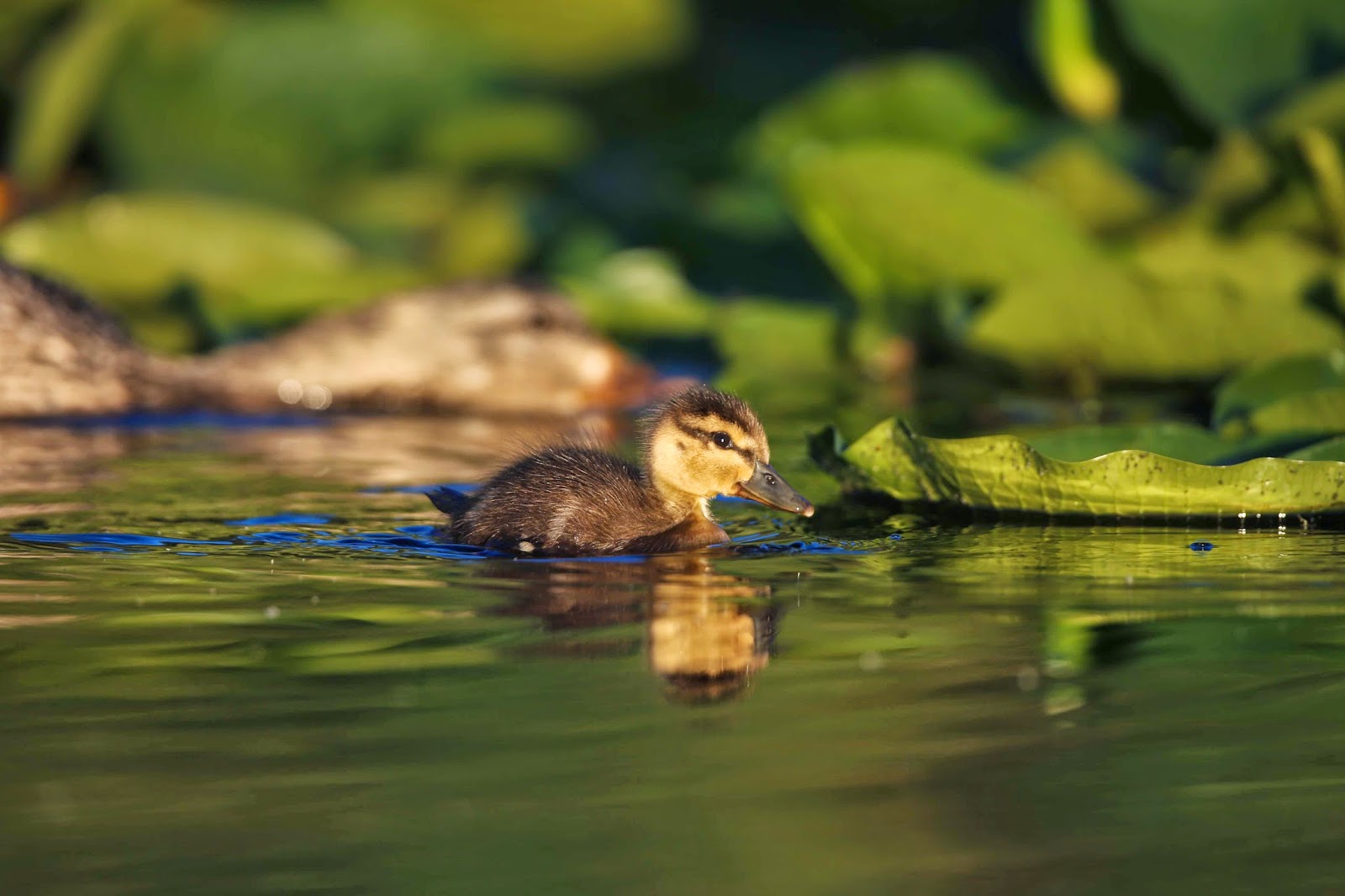 It is also interesting to note the difference in color between this mallard duckling and the gadwall ducklings, above.

Sasha from the UW Botanic Gardens asked for me to mention this tour opportunity:

Professor Kern Ewing will lead you along trails through Yesler Swamp and the rest of the Union Bay Natural Area and we will see the swamp, other wetlands, grasslands, woodlands, shoreline, lakes and shorebird habitat.  We will look at different aged restoration projects, discuss the upcoming WashDOT mitigation activities, talk about plant species, visit different habitats, and cover different strategies for dealing with invasive plants. 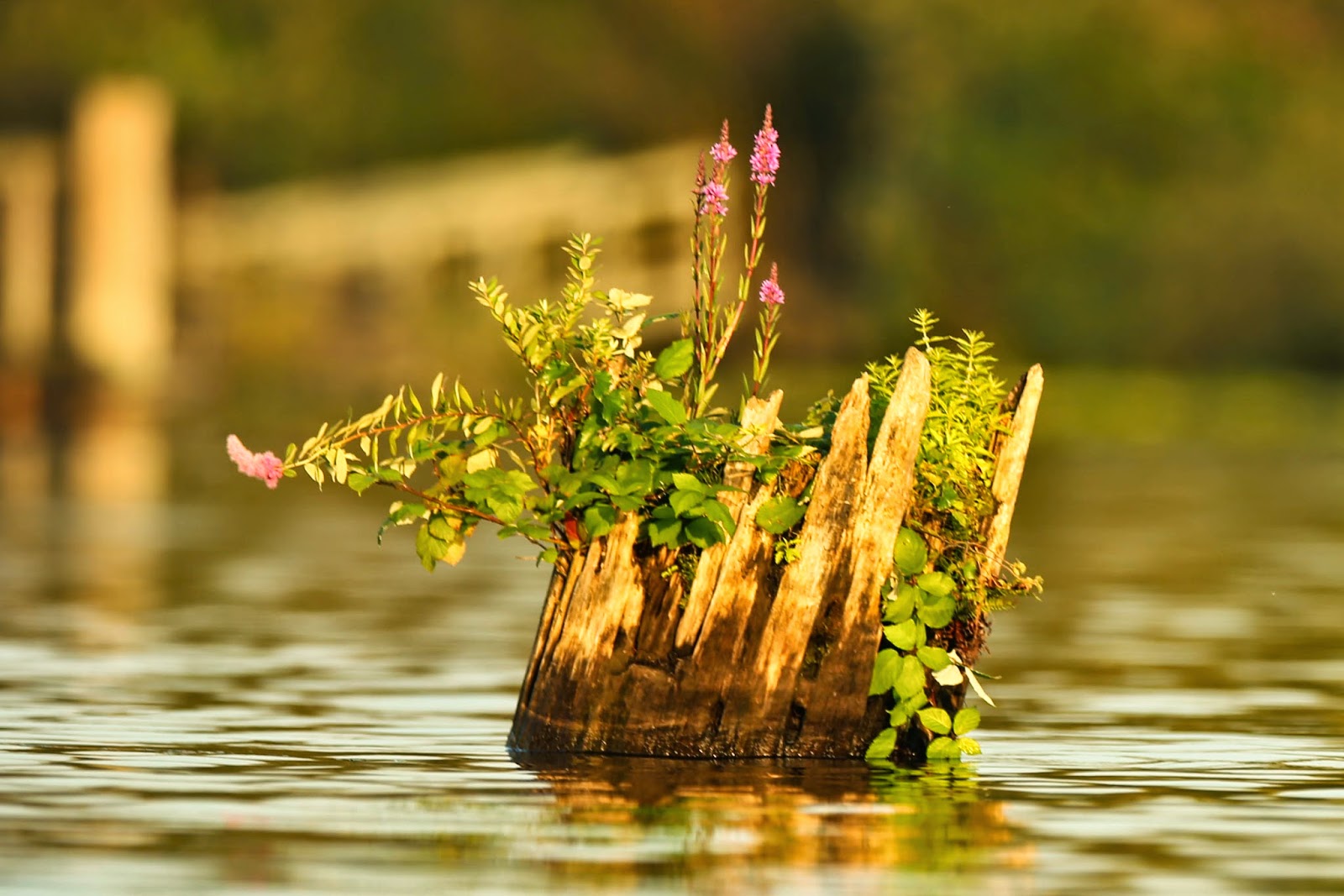 Just for fun can anyone identify where on Union Bay this old piling can be found? There is just something wonderful about nature making use of the things we leave behind.