This week we are approaching the Winter Solstice e.g. the shortest day of the year in the northern hemisphere. 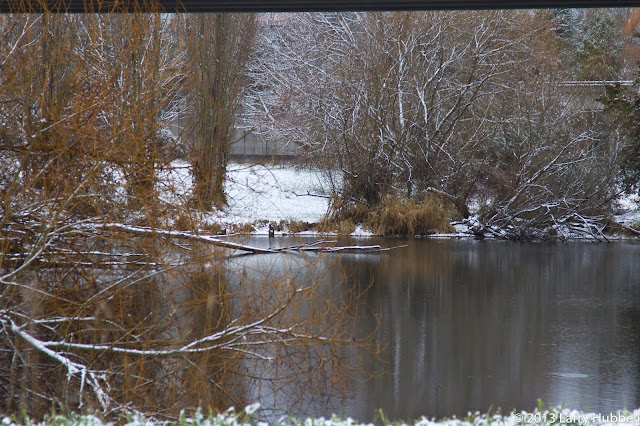 Yesterday's dusting of snow should not have been much of surprise but none the less there were surprises to found if one ventured out into the cold around Union Bay. 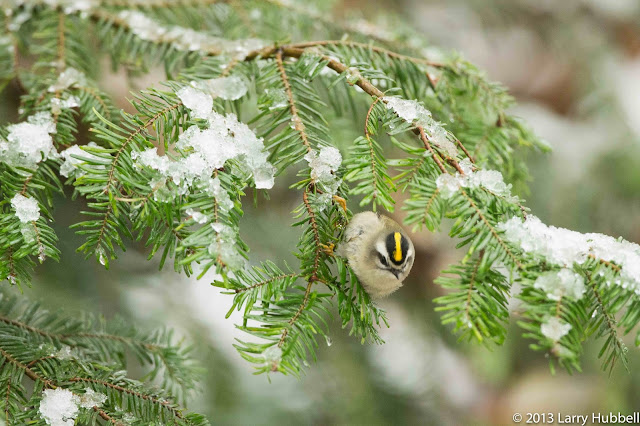 This golden-crowned kinglet working among the snow-covered branches of a small hemlock was a bright little surprise. Its shiny yellow stripe was the sunniest sight of the day. 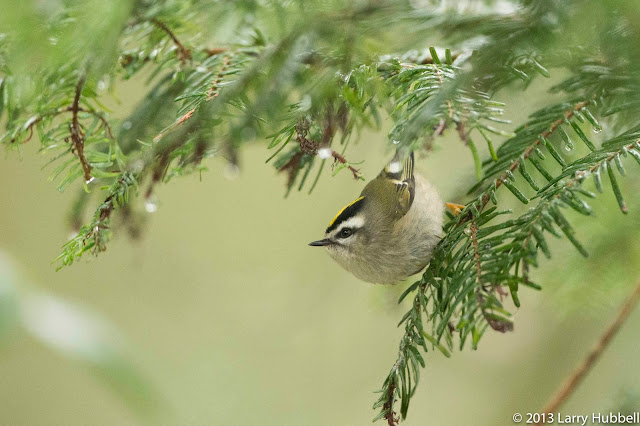 The snow did not seem to slow its flickering flight among the branches, but its feathers may have been fluffed out an extra millimeter or so. 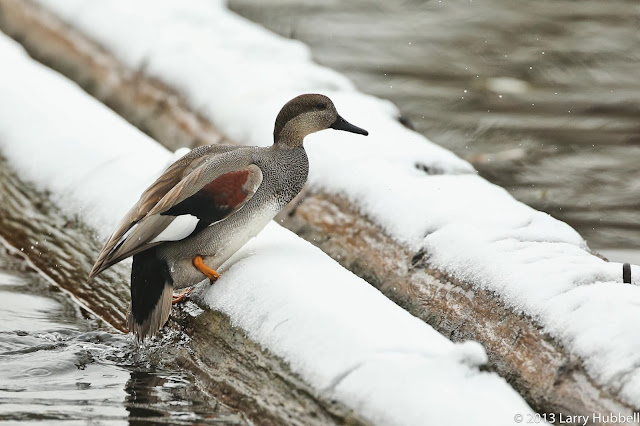 North of Marsh Island this gadwall decided that climbing over the snow-covered logs was less effort than flying. 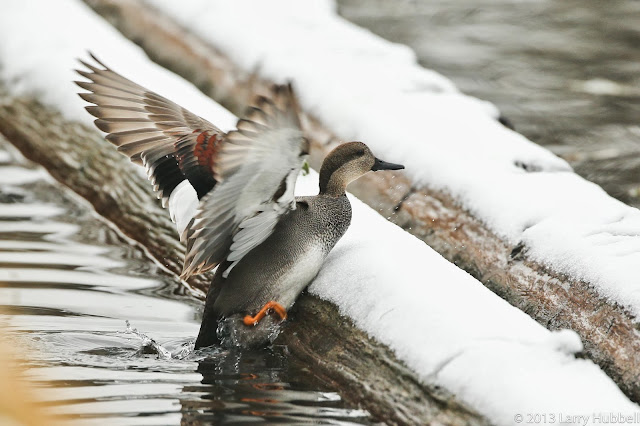 Still a little wing power was required to get the initial lift. The dark crisp colors of the gadwall feathers seemed a bit surprising. The greenish-brown on the top of the head seemed darker than usual and in particular the burnt red patch on the wings (also shown in the previous photo) seemed like a fine surprise. 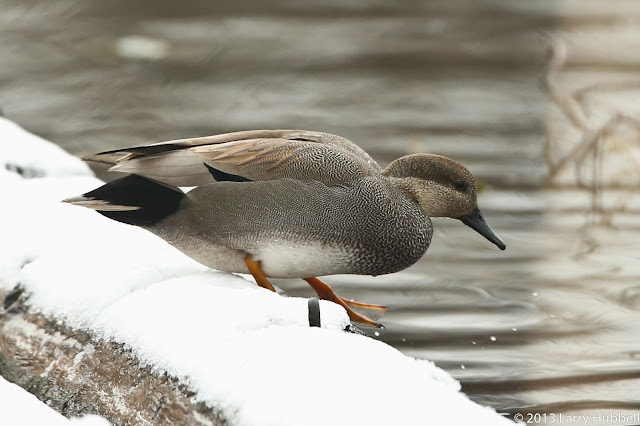 Once the wings are folded back into their normal position the reddish patch is carefully hidden from the casual observer. 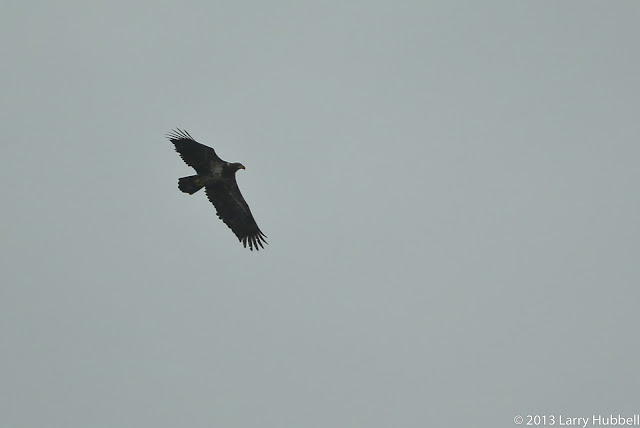 Far out over the middle of the bay an immature eagle, maybe Si'ahl, surprised the large raft of water birds. Its dark shape scattered the birds in all directions as they searched for safety. 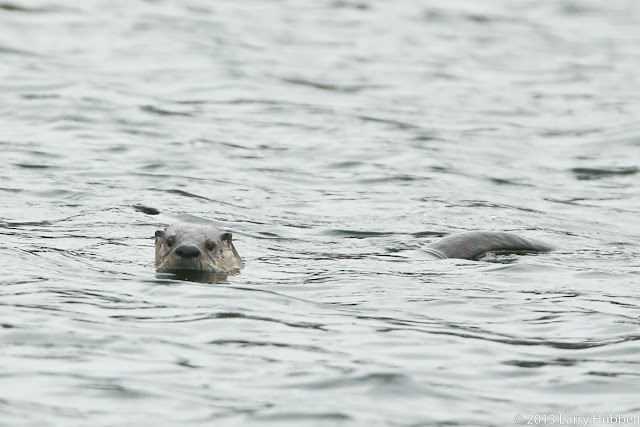 Between Marsh and Foster Islands river otters appeared as if by magic. First one... 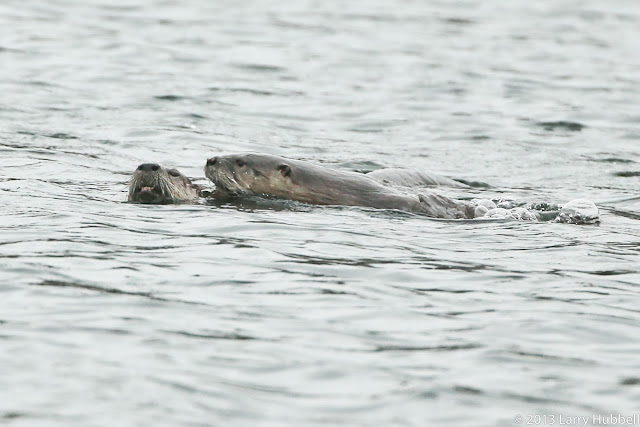 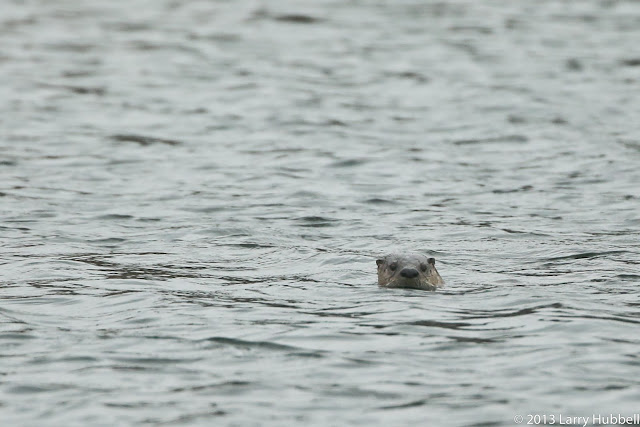 ...watching as well as watched.

They popped up one here, one there with surprising irregularity. It was hard to determine how many there were in the group. (The term "Otter Pops" would not leave my mind.) 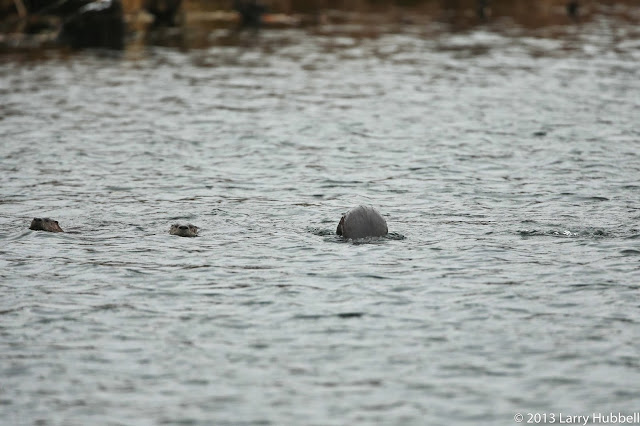 This photo shows two watching, one diving and bubbles on the far right of another that has already disappeared below the surface. 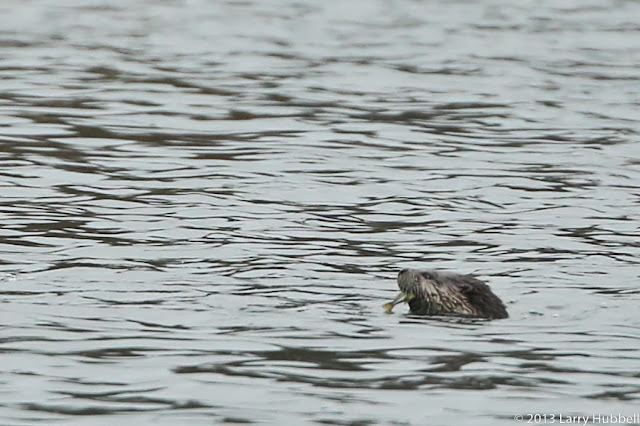 When this one popped up with food in its mouth it attracted some aerial attention. 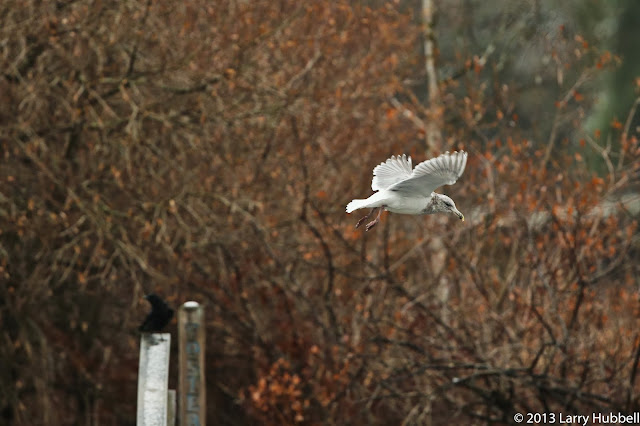 Did you noticed the dark shape of the crow sitting on the railing? It spotted the potential food source even before the gull.

This tiny bird photographed north of Recycle Cycle, on Tuesday, was maybe the biggest pre-solstice surprise. 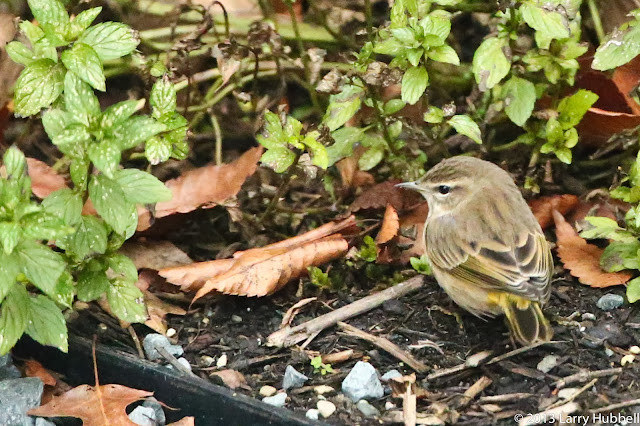 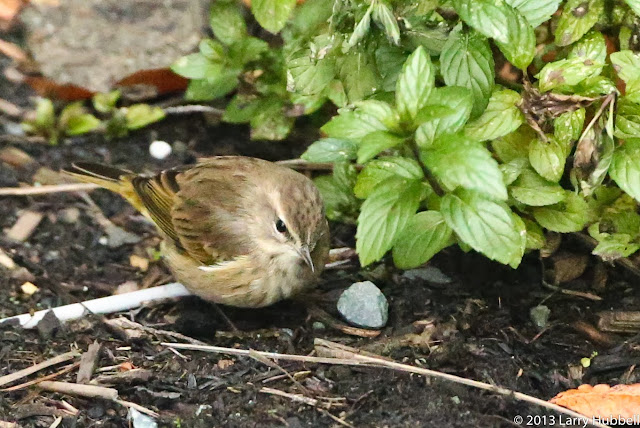 Twisting and turning it foraged among the leaves while generally keeping both feet on the ground. 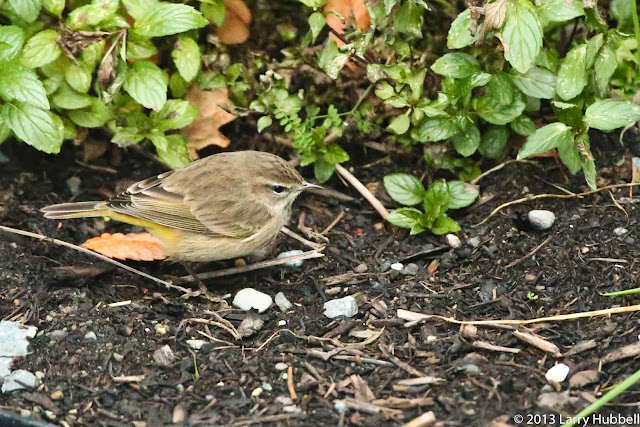 Its colors were not especially brilliant, though the yellow below its rump is nice... 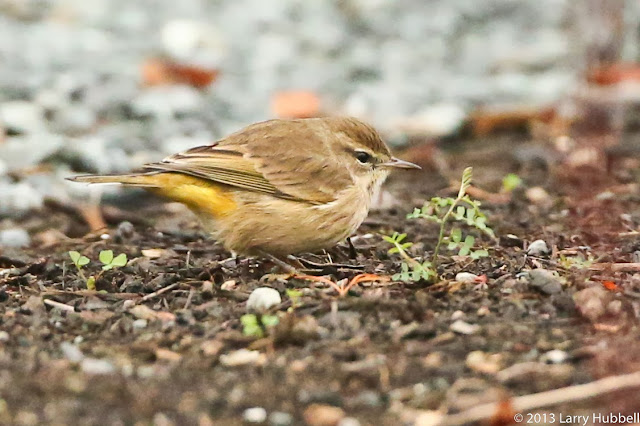 ... it is not as "sunny" as the kinglet. Still this little bird is supposed to winter far from our snowy climes. It should be some place sunny like Florida or Cuba. Even its name, Palm Warbler, seems to imply sunshine. Why did it turn one way when all its mates went another direction? Apparently, it is a left-coast bird that flies to the beat of its own drummer...kind of like some of us.

I hope you have enjoyed these solstices surprises.

Posted by Larry Hubbell at 1:41 PM