Yesterday, for half an hour, two little downy woodpeckers, circled and fed in the trees on Foster Island. 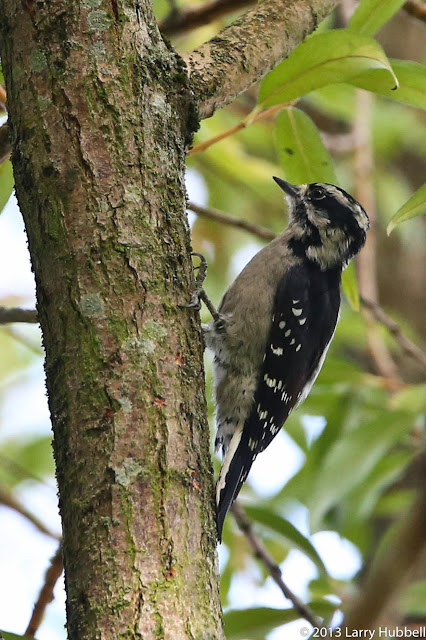 The female revealed herself first, note the lack of red on her head. 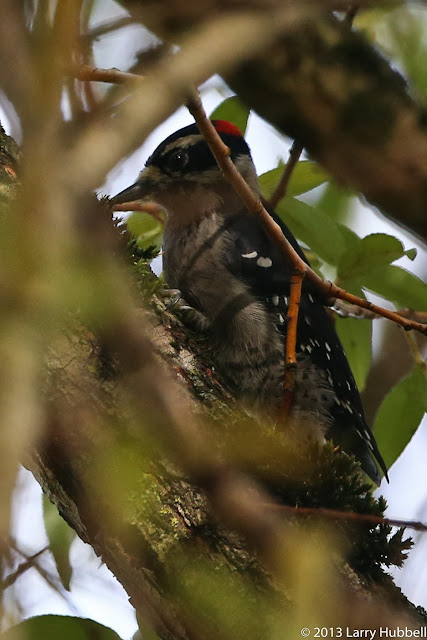 The male was a bit more reclusive but none the less the red on his head gave him away, that and his "Pik'ing". You can hear a similar sound here. The first half of the second recording is most similar to the sound he was making, however he was doing it much less often. At the time it seemed like he was just reassuring his mate. As if to say, "Hey, I'm over here. I haven't gone far. I am still feeding happily." Here is a short video of our bird with the reassuring voice.
Having just heard the sound of a low battery in the house fire alarm the two sounds seemed a lot alike, although the volume of the downy was not nearly as loud or irritating.

A streak of dark passing above my head and landing on the trunk of a nearby tree was the very first hint of a downy. My initial thought was one of the chickadees that were calling nearby had just passed over. But since it landed on the trunk and started working its way up the tree it caused second thoughts. Chickadees normally land in the leaves of the tree and hunt for their food above, around, over and under the leaves, but not usually on the trunk.

This photo shows a downy working its way up a branch in a manner uncharacteristic of a chickadee. 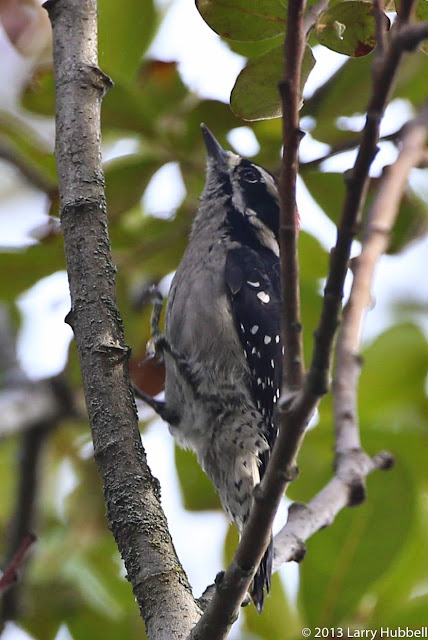 The light was not great, the leaves and branches were very thick and the little woodpeckers were moving rapidly about their business. This combination of circumstances made photographing the birds feel like an impossible mission. Looking back at the next to last photo one may wonder how the camera was able to focus on the bird behind the branch and twig.

It didn't. Here is the trick. 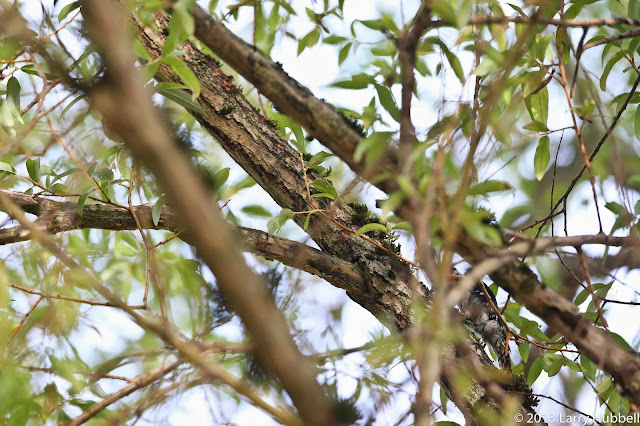 By focusing on the branch a foot or so ahead of the bird, but at roughly the same distance, it was possible to get the shot in focus. Admittedly, these rather highly-cropped photos will never be on the cover of a magazine. However they do allow one to see rather interesting behaviors and features that might not otherwise be seen.

For example the beautiful white feathers with crisp black markings on the underside of the bird can be seen in this close up from the photo above. 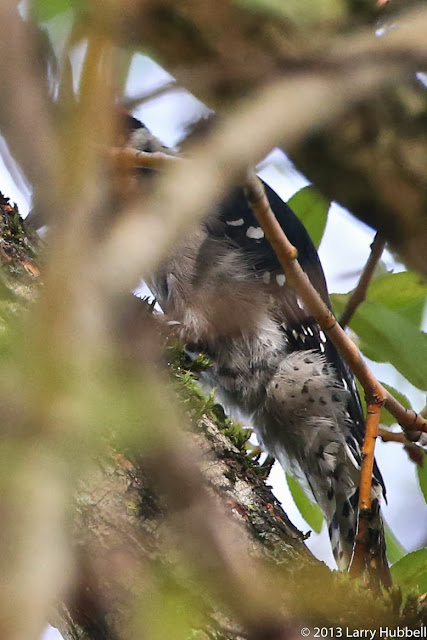 Also the closure of the protective eyelid, while feeding, can be seen in this photo taken just a moment earlier. Another interesting behavior of woodpeckers in general is their ability to use their tails like the third point of a tripod. With their relatively long, sharp claws and the stiff, sturdy tail woodpeckers can strike, pry and dig into trees without losing their balance. This helps them to find and secure food that other birds are unable to attain.

In the next two photos the male is using his dark black tail feathers as that third point of stabilization. 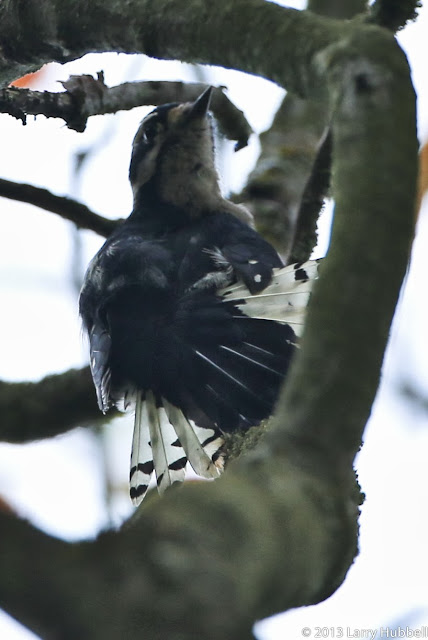 However instead of feeding he his apparently looking about it all directions and trying to figure out which nearby tree looks most appealing. 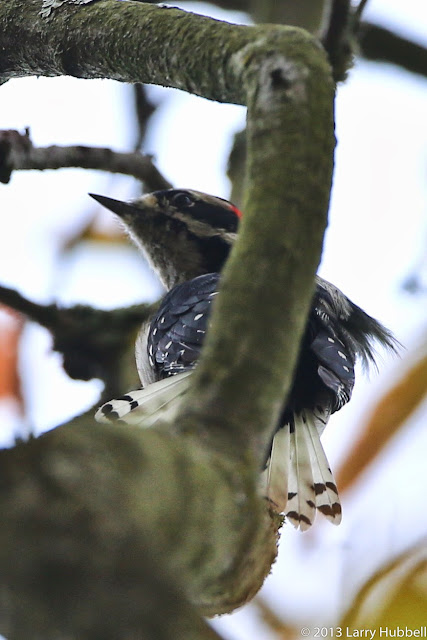 Did you notice that while moving his head about so quickly he has extended his under tail coverts. These are the fan of pretty white feathers with two dark markings near the end of each feather. Evidently he is using these feathers to offset the rapid turning of his head and to maintain precise balance and control.

You can learn more about under tail coverts here.

Here is one last parting shot of the downy going about his business. 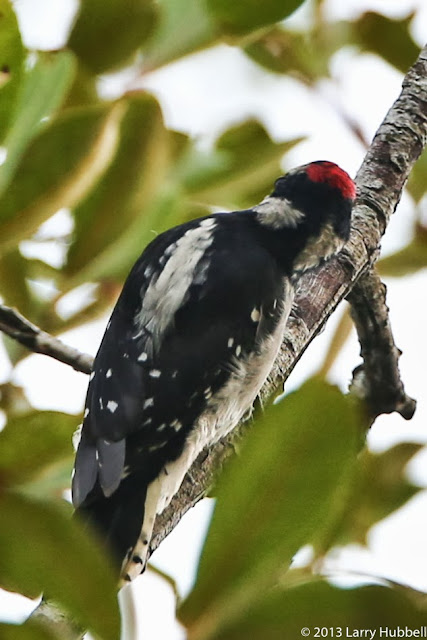