Many dozens of birds visit Union Bay each year. Some of these birds are migratory and some reside here year round and can be seen on a daily basis. Occasionally, usually in the spring, we see young birds with their parents.  Since it is important for nests to be hidden from predators, these birds are generally secretive about their nest building. As a result we seldom get to watch birds as they build their nests. Still it is important for us to know about their nesting behavior so we can protect this critical part of their reproduction.

Here are three fairly common birds found in and around Union Bay. 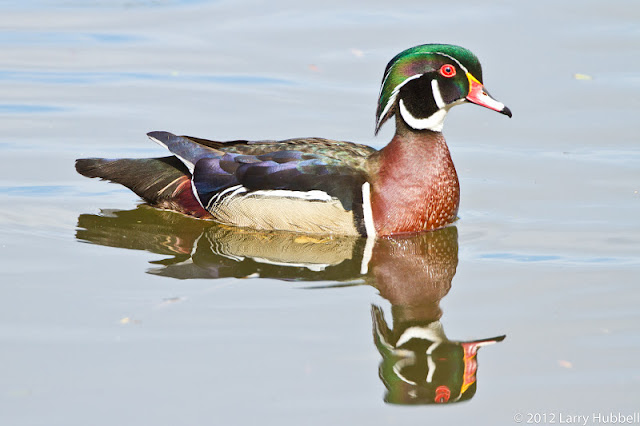 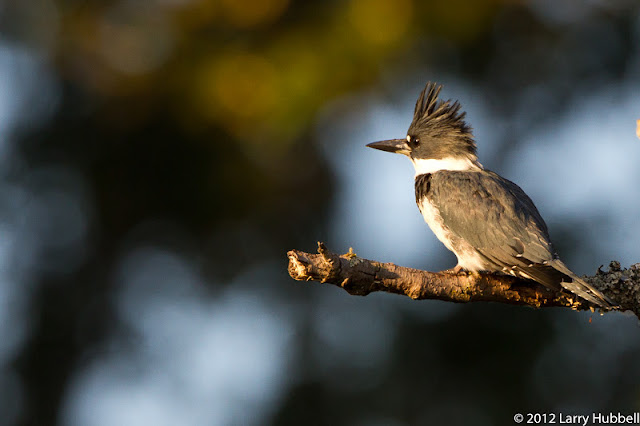 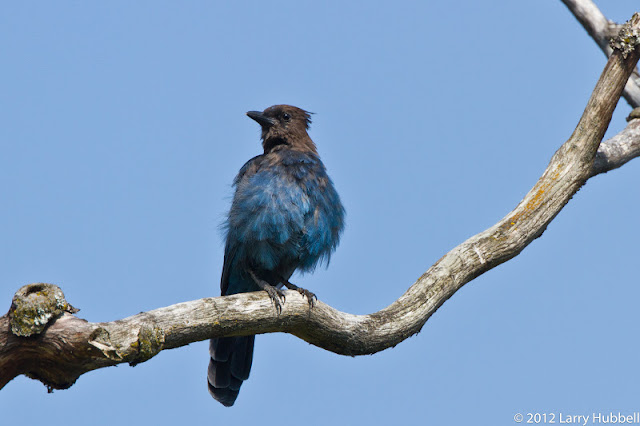 Here are three different nesting behaviors. Each of these behaviors belongs primarily to one of these three birds above. Can you guess which behavior belongs to which bird?

2) This bird will on occasion nest in a cavity created by a woodpecker.

3) This bird sometimes uses mud to hold its nest together.

The conservation status for all three birds is, Least Concern. This was not always the case as Wood Ducks were nearly wiped out prior to the Migratory Bird Treaty Act of 1918.

While we are on the subject of nesting, both of the Broadmoor eagles were seen this morning. They flew over to the cottonwood trees south of Foster Island and selected branches that were 2 to 3 feet long. They took the branches back to their nest, clearly trying to "spruce" the place up. Happily, they are demonstrating their intentions to reproduce again next year.

Here is a flashback photo of both parents at the nest back in June. 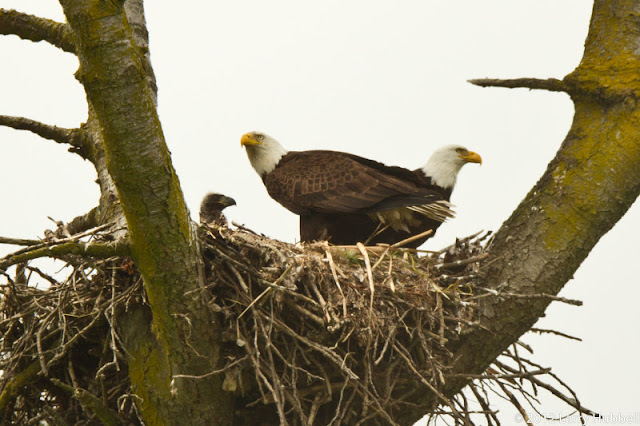 So now that you have had a few minutes to think about it, Which behavior did you select for each of the birds?

(Follow the link on each bird's name to learn more.)

It turns out that the Banded Kingfisher actually builds its nest by digging a burrow into the ground. Soft earth like the bank of a stream or lake is a prime location for a Kingfisher nest.

The Wood Duck naturally builds its nest in trees, which includes cavities created by woodpeckers. Although these days nesting boxes have become an increasingly common nesting location for Wood Ducks. 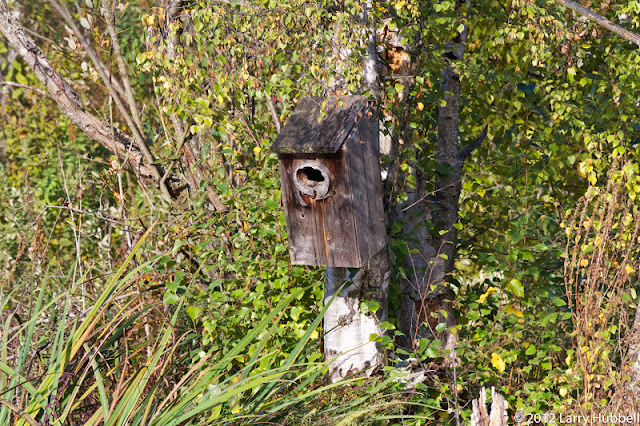 Wood Ducks are also known to lay their eggs in their neighbor's nests as well as their own. The male and female Wood Ducks look so different that it would be unfair not to show the bird that actually lays the eggs. 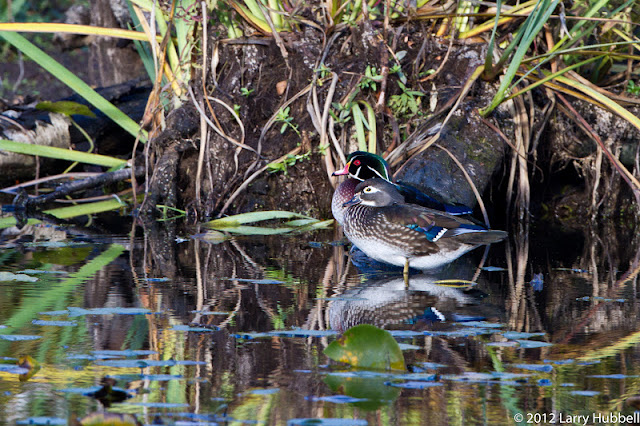 This of course leaves the Steller's Jay which sometimes uses mud to help hold its nest together.

I hope you enjoyed this week's nesting testing.

ps: Just in case you missed it here is this week's post on Montlaker.com regarding a Walk on the Wild Side.

Posted by Larry Hubbell at 4:07 PM