Eaglet - On the Edge


It is possible and maybe even probable that the eaglet could survive a fall from the nest at this point. However just like a human learning to walk or ride a bike confidence is critical. At some point the internal switch will be thrown. It will go from "I think I can" to that crystal clear knowledge, "I Can Fly!"


For all the differences between humans and eagles what's most amazing is the things we have in common.


At a time when he could not see both eaglets in the nest Doug saw an immature eagle fly by. He thought for a moment, Could it be one of the eaglets? What do you think? 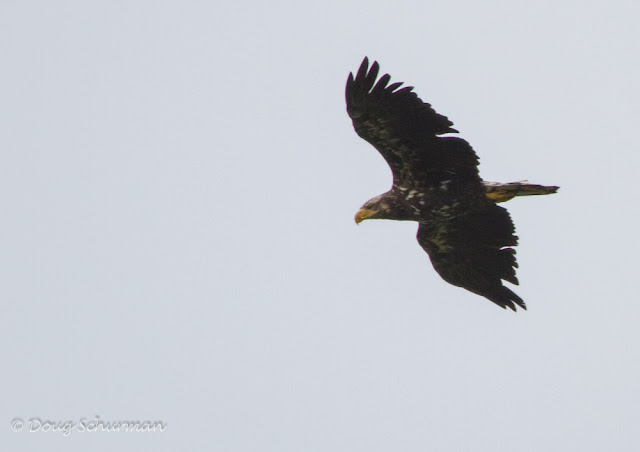 Doug realized that the beak was far more yellow than the current eaglets. In addition you can see the white feathers beginning to come in around the head. This is a juvenile eagle that is nearing maturity, which usually occurs in the 4th or 5th year.


Both of the current Broadmoor eaglets still have mostly dark heads and beaks, but they are beginning the branching process. 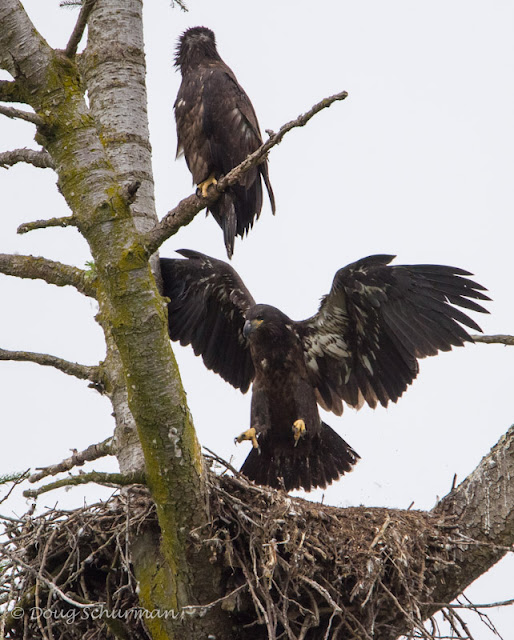 This is the process of hopping/flying from the nest to nearby branches.

In particular the elder eaglet, Beatrice, is moving further and further out on the limbs and away from the nest. First to the left. 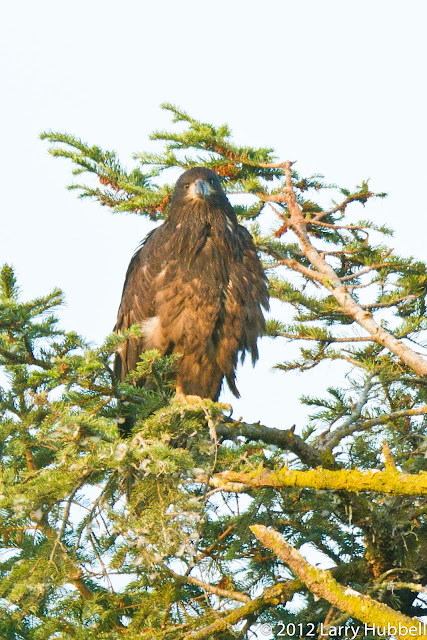 Then back above the nest. 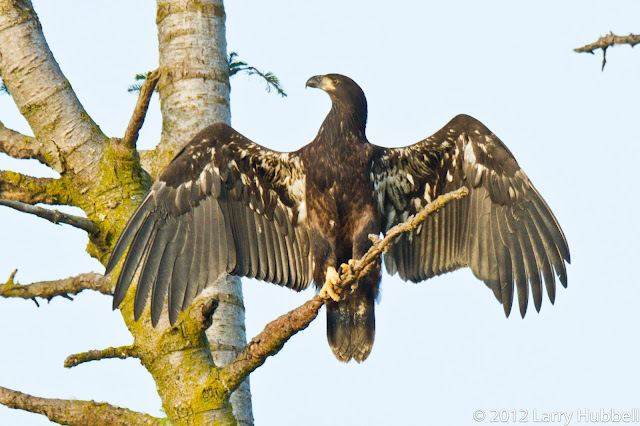 And then way above the nest. 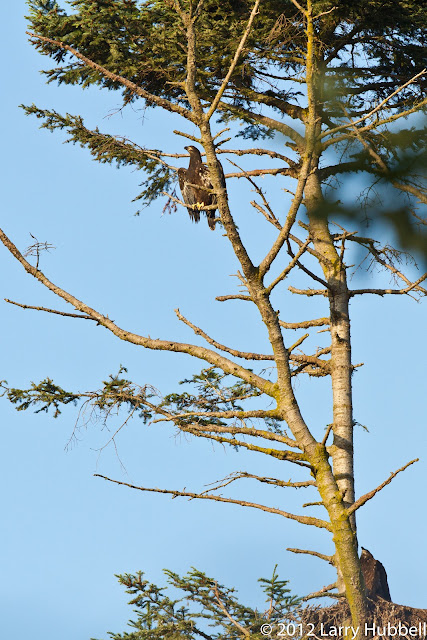 Even at this distance above the nest every move was a short "hop" from one branch up to the next. Still it is obvious this is the last step in the process of learning to fly. There is nearly no where else left to go.


The eaglets appear to watch a jet pass by with great interest in the idea of flying. See at:


This is what used to be called a Rufous-Sided Towhee. It was spotted in the Arboretum this week. 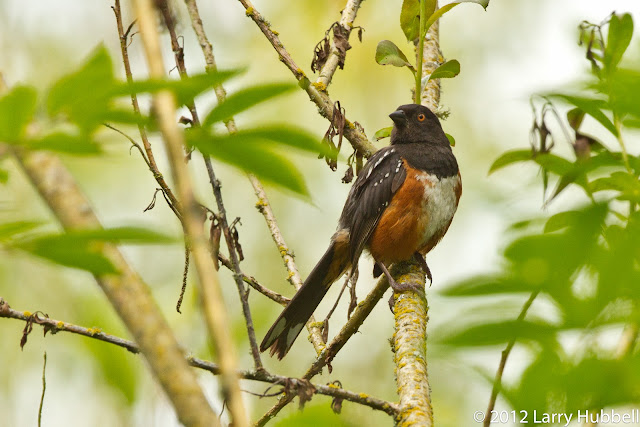